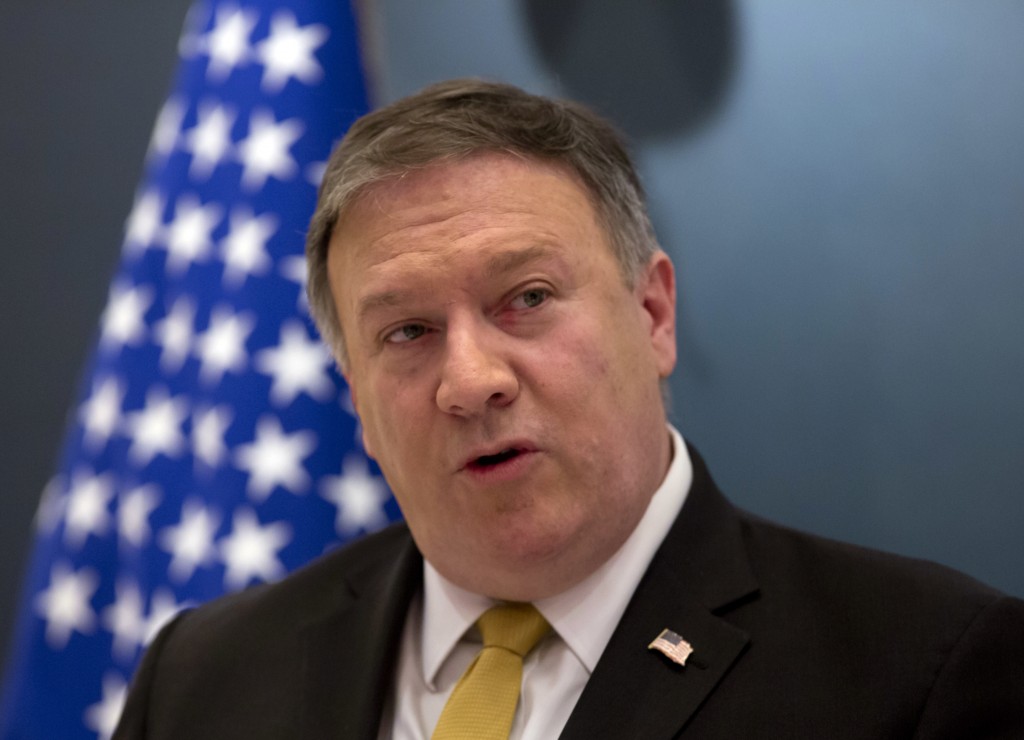 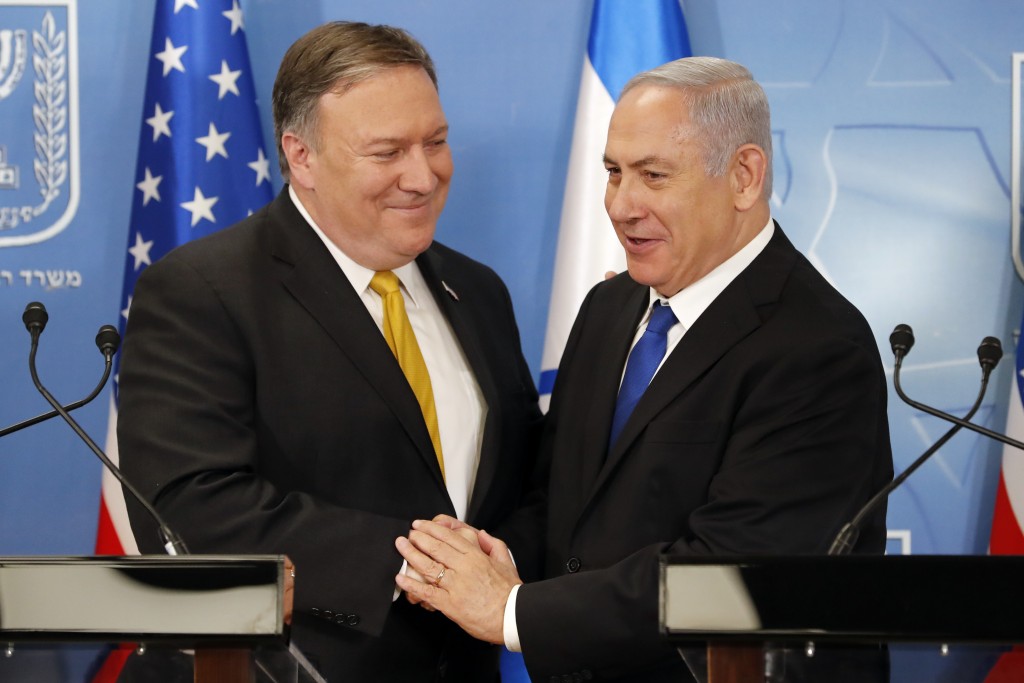 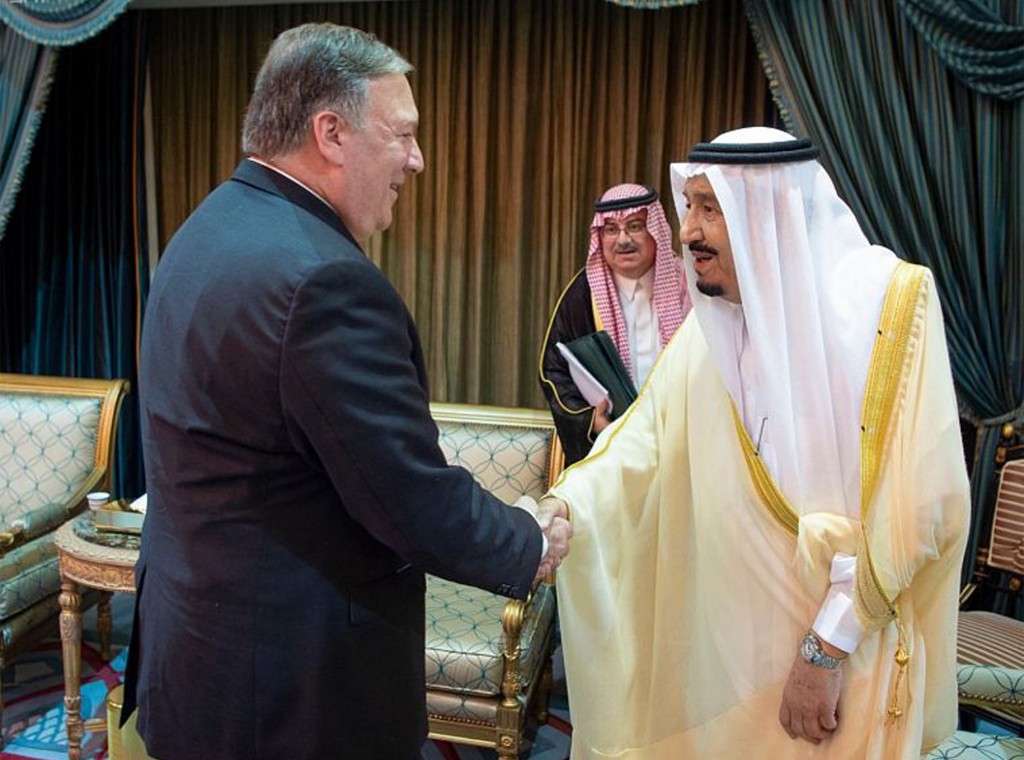 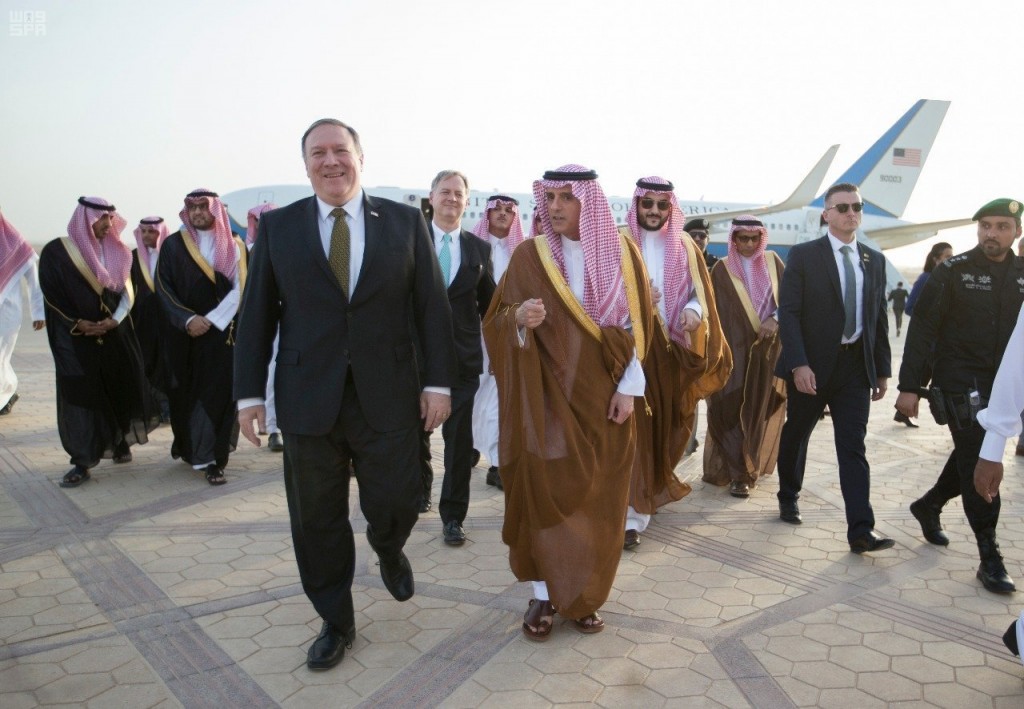 AMMAN, Jordan (AP) — Mike Pompeo has swapped the no-profile, cloak-and-dagger world of covert espionage for the life of a buttoned-down diplomat, representing the public face of the Trump administration's foreign policy.

Making his first overseas trip as secretary of state, the ex-CIA chief traded in a small, unmarked government jet, secret overseas voyages and hush-hush meetings with spy chiefs and the occasional rogue world leader for a decidedly conspicuous U.S. Air Force 757 with "United States of America" emblazoned across its fuselage, a traveling press corps and frequent public appearances.

Pompeo has told aides that he recognizes the importance of public diplomacy and interacting with journalists, something his predecessor, Rex Tillerson, appeared to have never fully accepted and largely shunned until his final months in office.

Just a month ago, Pompeo in his previous job was on a highly classified mission to North Korea where he met with North Korea's reclusive leader Kim Jong Un to gauge prospects for what would be a historic summit between Kim and President Donald Trump.

But unlike that trip, which remained a mystery to much of the world until just last week, his maiden trip as secretary of state was replete with televised welcome ceremonies, live-streamed photo ops and well-attended media events.

Departing Washington less than three hours after he was confirmed by the Senate and sworn-in Thursday by Supreme Court Justice Samuel Alito, a fellow Italian-American, Pompeo rushed to Joint Base Andrews. There, he hopped on the plane and flew overnight to Brussels, arriving before dawn for a NATO foreign ministers meeting.

"It's never good to be late on your first day of work, and so after being sworn in I hustled here," he joked at NATO headquarters.

From Belgium, Pompeo kept up a relentless pace, stopping in Saudi Arabia, Israel and Jordan.

"I haven't been to my office yet," he quipped on Sunday after meeting Israeli Prime Minister Benjamin Netanyahu in Tel Aviv on only his third full day on the job — a day that began in Saudi Arabia and ended in Jordan to complete a rare one-day trifecta.

Pompeo won't make his first appearance at the State Department's Foggy Bottom headquarters in Washington, D.C., until Tuesday when he will speak to employees eager to hear his plans to lead the agency, which was badly demoralized during the brief tenure of Tillerson, unceremoniously fired by Trump last month.

Tillerson was highly unpopular at the department, where he had endorsed major budget and staffing cuts and was accused of driving experienced diplomats out of the foreign service and leaving dozens of top positions empty. The State Department's influence as a federal institution also suffered due to Tillerson's less-than-stellar relationship with Trump.

On his maiden trip, Pompeo made clear his intention was to reverse that trend, to quickly fill vacant posts and to use his close ties with the president to restore the department's relevance in Washington.

"The State Department will be at the front and center of every foreign policy decision in support of the president's agenda," he told embassy staffers in the Saudi capital on Sunday before heading to Israel.

In Brussels on Friday, he said after meeting embassy staffers that "they may have been demoralized, but they seemed in good spirits."

Pompeo said he planned to restore a full complement of reporters on his plane, which had been severely limited by Tillerson and his top aides, who had also refused to allow a State Department spokesperson to travel with him.

Spokeswoman Heather Nauert was aboard the plane for Pompeo's trip to Europe and the Middle East, as were eight journalists — the most in more than a year of secretary of state travel.