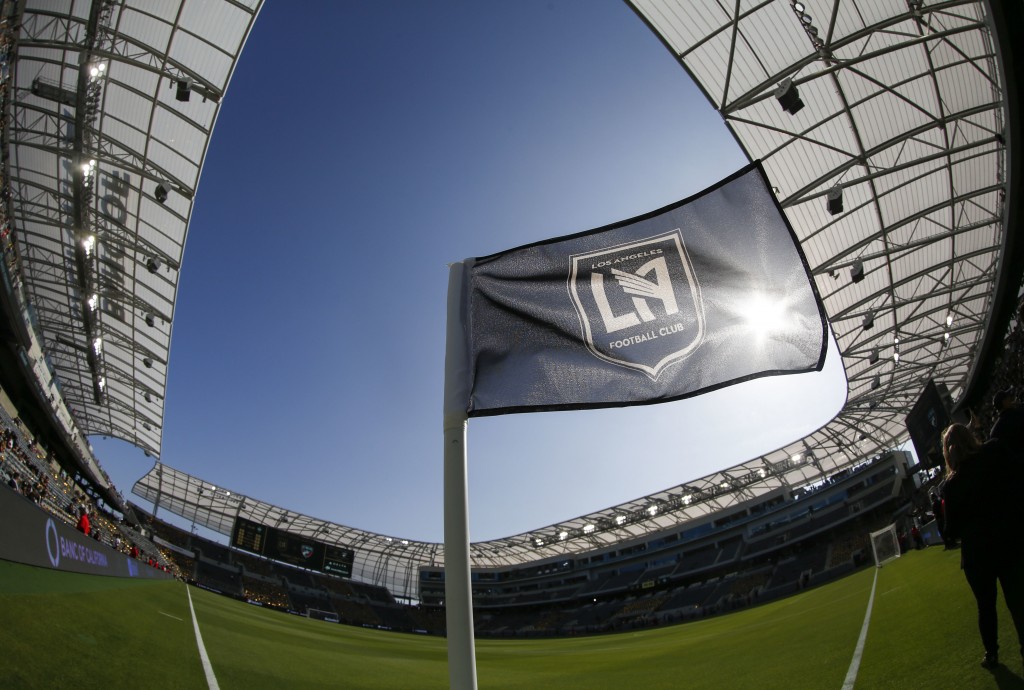 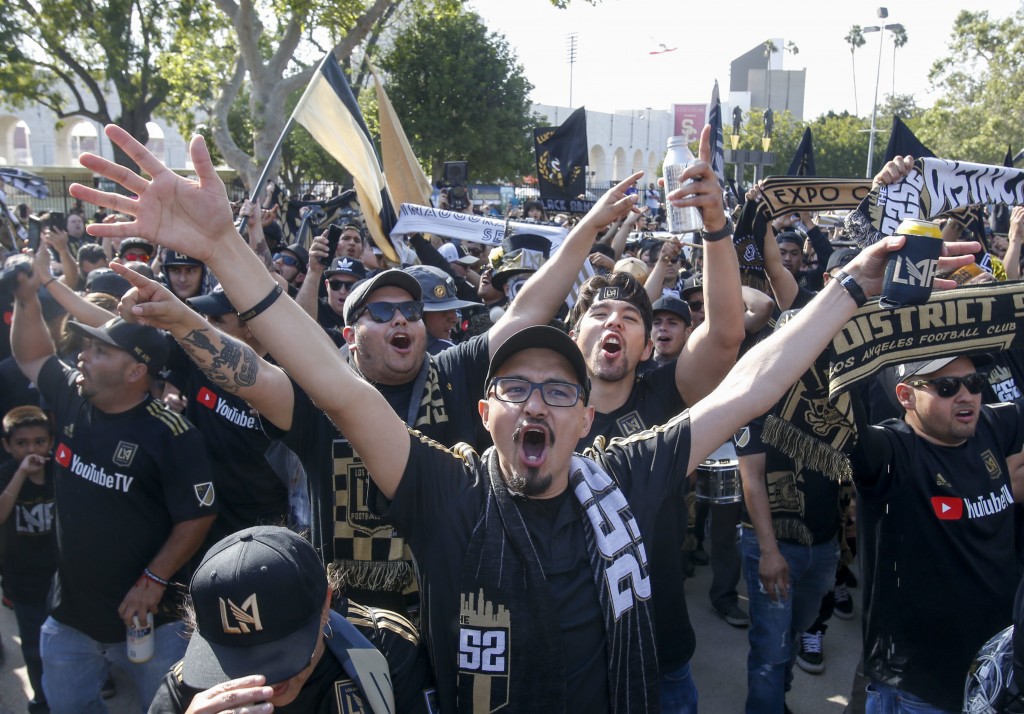 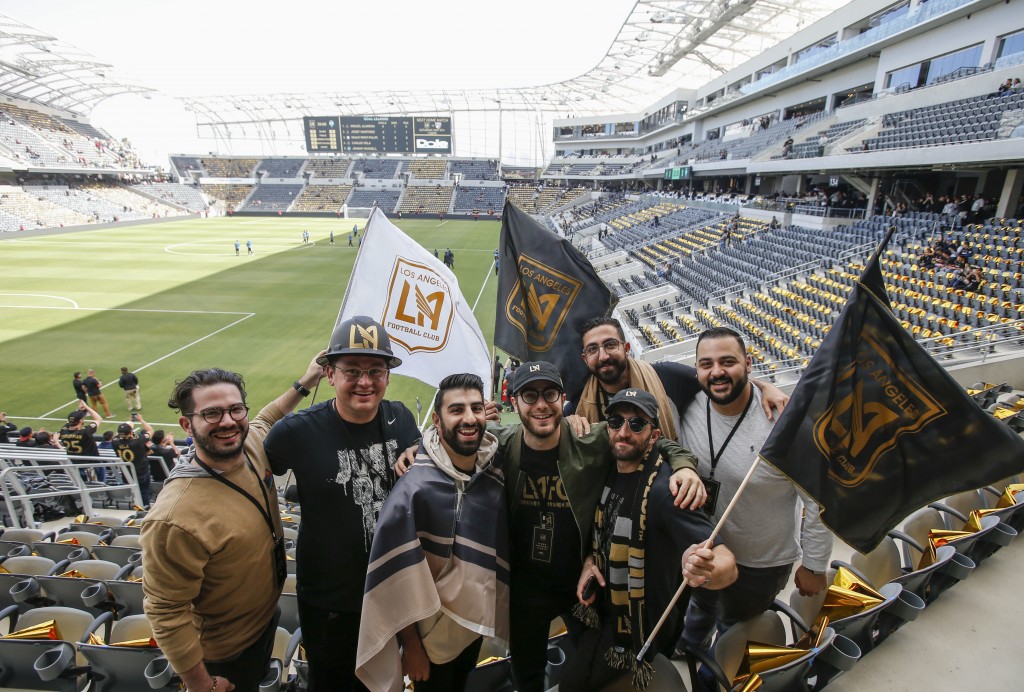 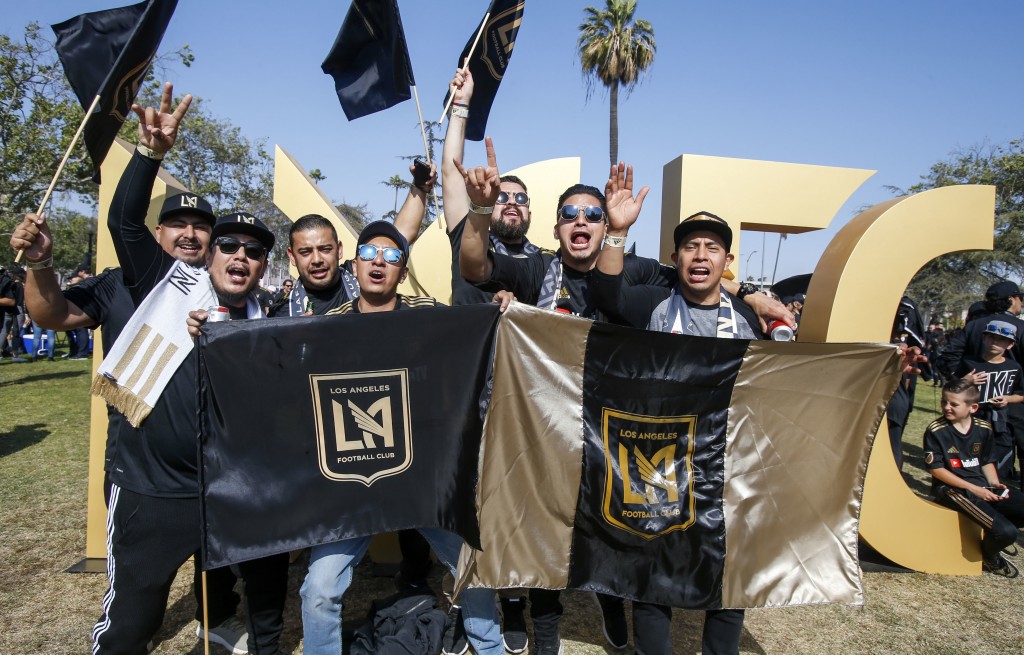 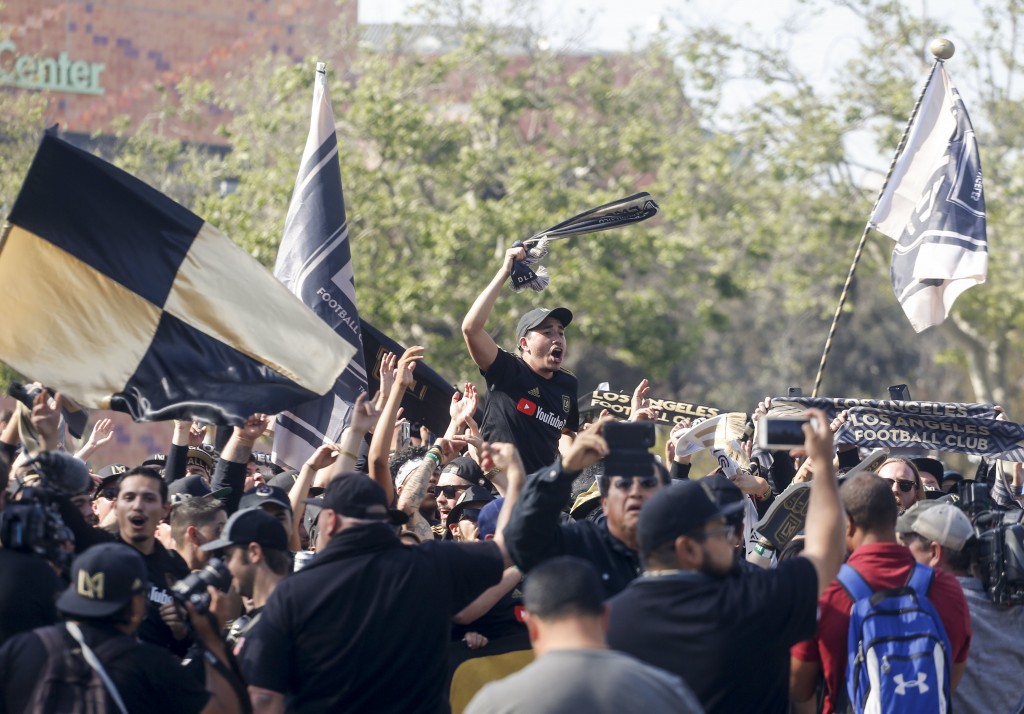 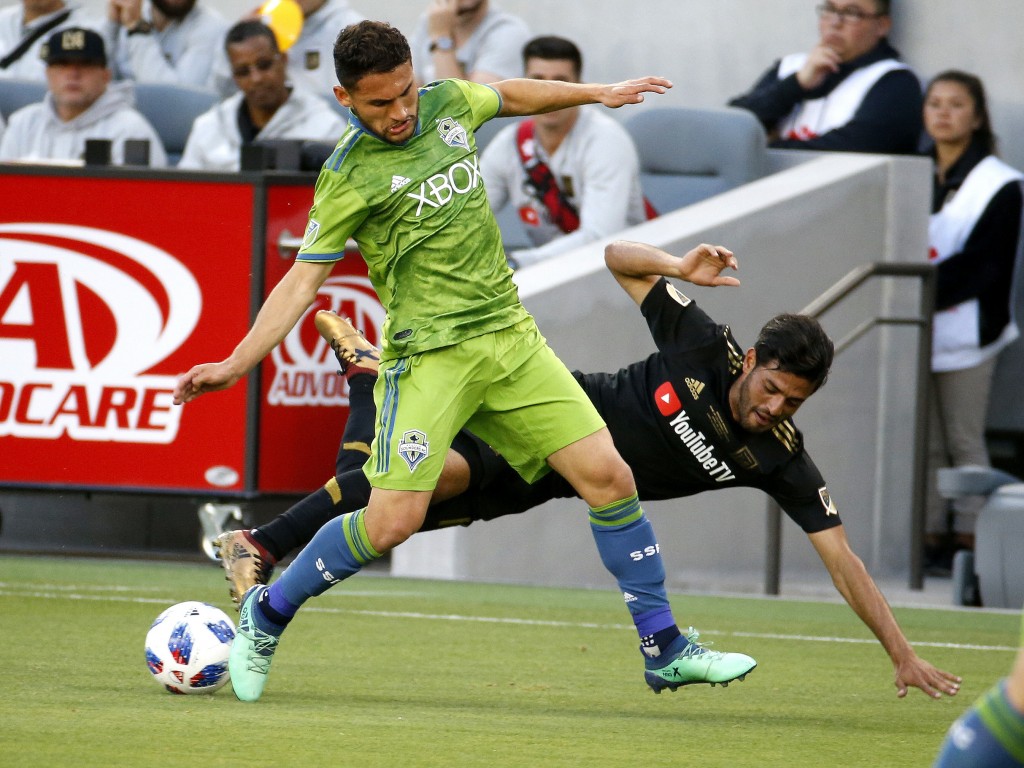 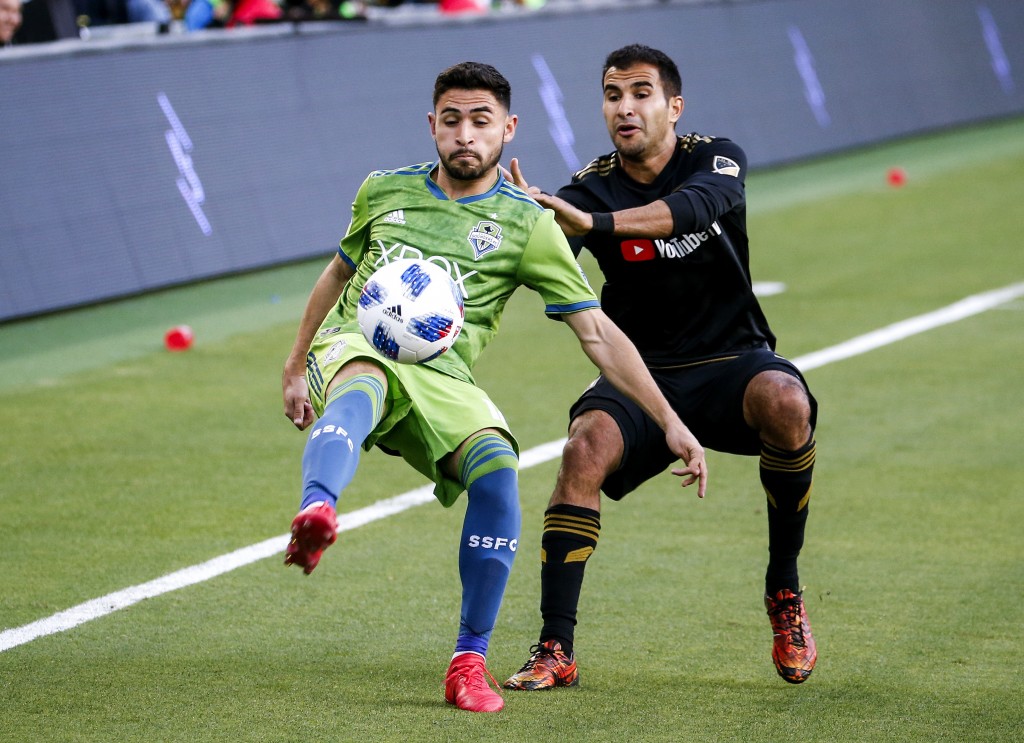 LOS ANGELES (AP) — Laurent Ciman scored on a free kick in the third minute of stoppage time, and Los Angeles FC opened its $350 million Banc of California Stadium with a stunning 1-0 victory over the Seattle Sounders on Sunday night.

Tyler Miller made three saves to earn the shutout for LAFC, but the Major League Soccer expansion team seemed headed to its first scoreless draw in the first home game in franchise history before its Belgian captain lined up a free kick in the final minute of play.

Seattle goalkeeper Stefan Frei crouched to make the save after Ciman's kick cleared the wall, but Frei simply couldn't hang on. The ball hit the net and electrified the sellout crowd of 22,000.

Those mostly black-and-gold-clad fans serenaded LAFC throughout the first game in its beautiful new home.

With an exciting young lineup watched by an ownership group including Magic Johnson and Will Ferrell, LAFC failed on numerous second-half scoring chances before it managed to christen its sparkling arena with a memorable victory. The players gathered in front of the North End supporters' section afterward, singing and dancing while black-and-gold smoke poured out of the joyous stands.

Even before Ciman's theatrics, the evening was a celebration of the latest milestone in the 3 1/2-year journey of LAFC , which gained MLS admission as an expansion franchise in late 2014 and steadily built a club with global ambitions.

A diverse ownership group including Asian billionaires and American entertainers and sports celebrities built a privately funded stadium and a suburban training facility while putting together a roster with plans for immediate trophy contention.

LAFC built Banc of California Stadium on the site of the demolished Los Angeles Sports Arena on Figueroa Street just south of downtown, seeking to form a bond with the urban heart of the U.S.' second-largest city. The stadium has been widely praised for its size, shape and attention to detail, and it was filled with fans already eager to support a local team other than the suburban LA Galaxy, the five-time MLS champions.

Although LAFC is less than two months into its debut season, the club has already grabbed its city's attention in remarkable fashion. While many fans of the defunct Chivas USA switched their allegiance to LAFC, many more fans have taken up the club as a symbol of LA's downtown rebirth — and a stadium that feels like a big party helps, too.

Several hours before kickoff, thousands of fans gathered in Exposition Park outside the stadium and next-door to the venerable Coliseum. The stands began to fill two hours before the game, with 3,252 or so black-clad fans filling the North End supporters' section, which has standing rails and its own concourse bar.

During pregame festivities that included skydivers and an enormous tifo, Ferrell took the field with a falcon that will fly around the stadium before games. Fans including Los Angeles Mayor Eric Garcetti crowded into the stands for the opening kickoff, and the fans had to wait until the literal last minute for the payoff.

MLS Commissioner Don Garber attended the opener with a group of dignitaries that included Arsenal chief executive Ivan Gazidis, a former MLS executive. Garber praised the LAFC ownership group for adjusting to early changes in its makeup and still delivering a stellar club and stadium.

"It's everything that we hoped it would be, and I think it's everything that our league needed," Garber said. "The water level keeps getting raised. The price of poker is going up a little bit. I'm sure (the expansion club in) Miami will have a great building. In June, (D.C. United's) Audi Field will open. It's a brick by brick process. We're building a sport from the bottom up."

LAFC also played the first match in franchise history against the Sounders, winning 1-0 in Seattle on March 4 with the franchise's first goal from Diego Rossi.

Coach Bob Bradley's new team won four of its first six games while starting the season on the road in impressive style, scoring 17 goals and living up to the owners' desire for an attacking, exciting style of play. LAFC is still building chemistry and defensive organization, but its stadium is fully built and ready for a long season ahead.