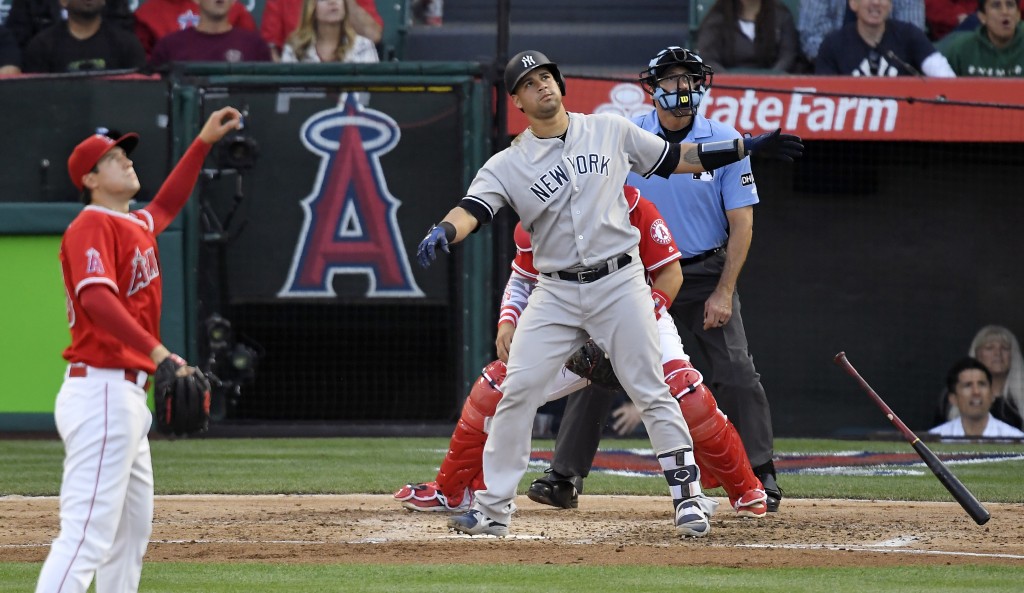 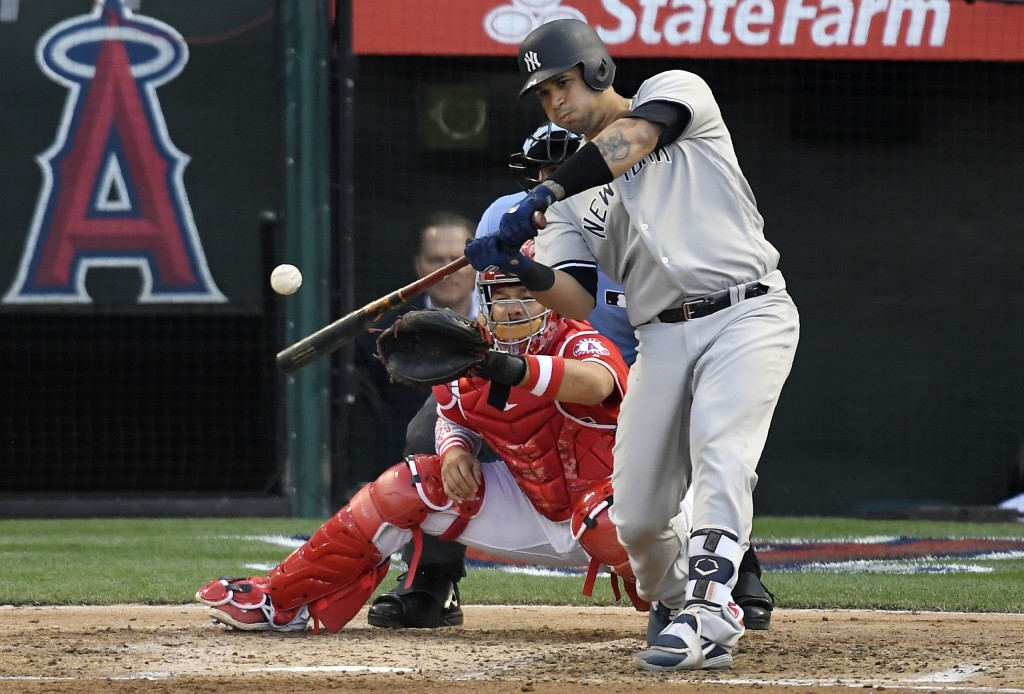 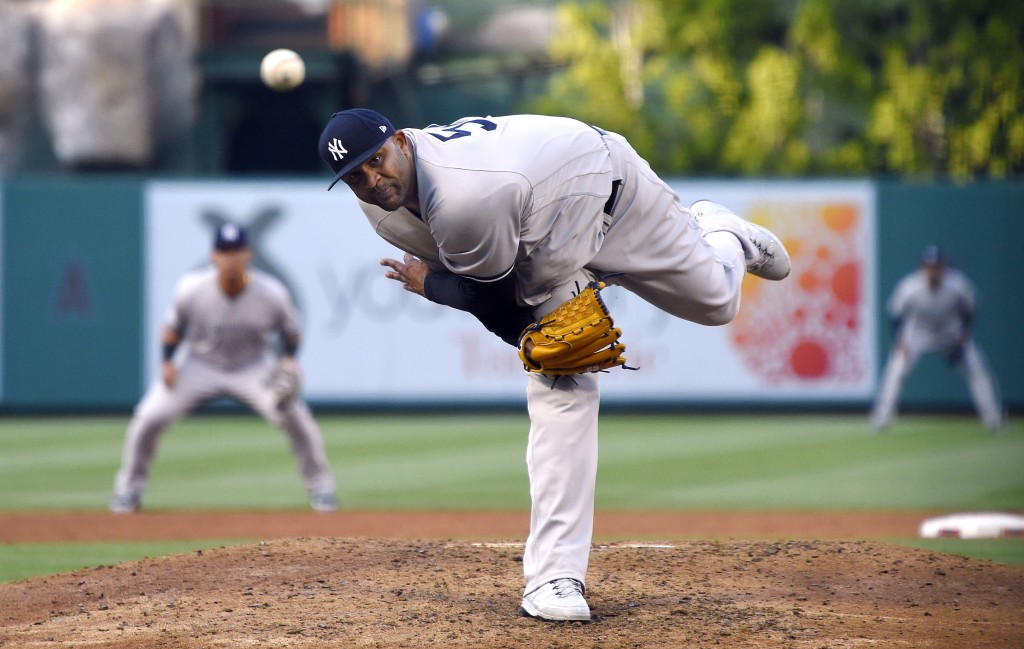 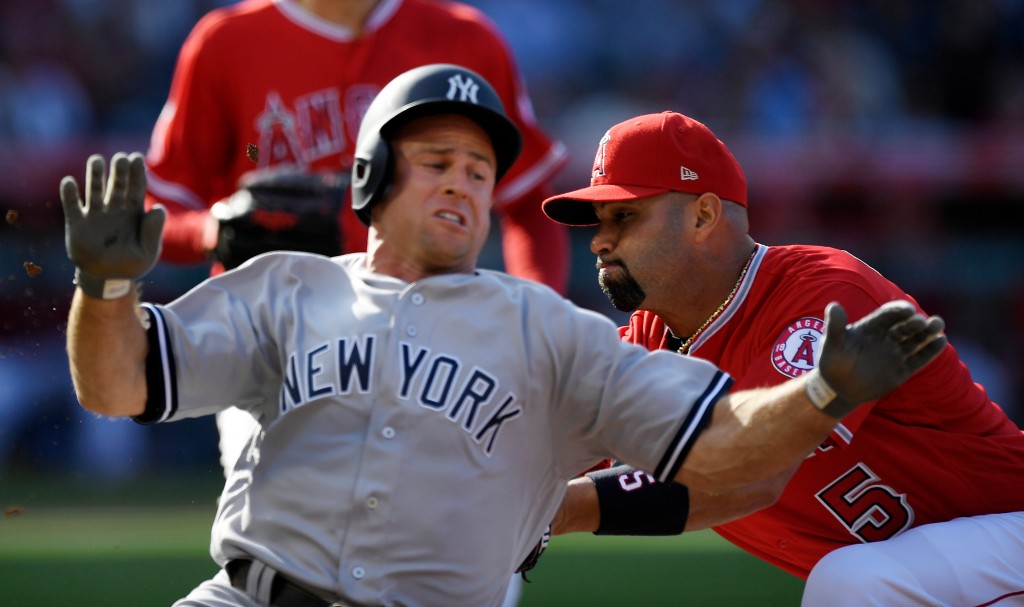 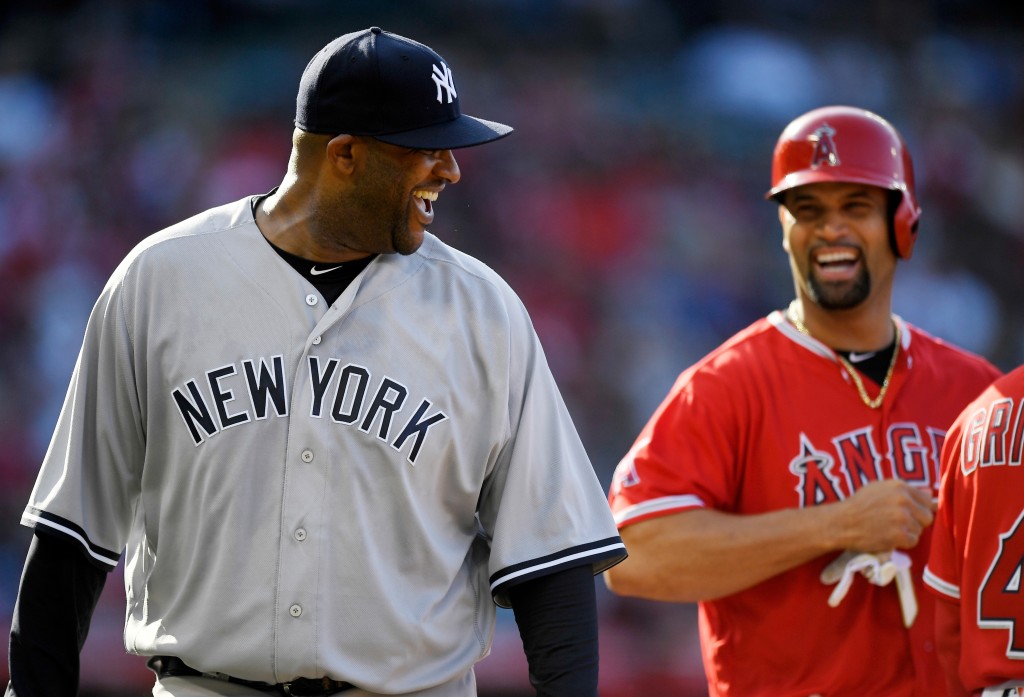 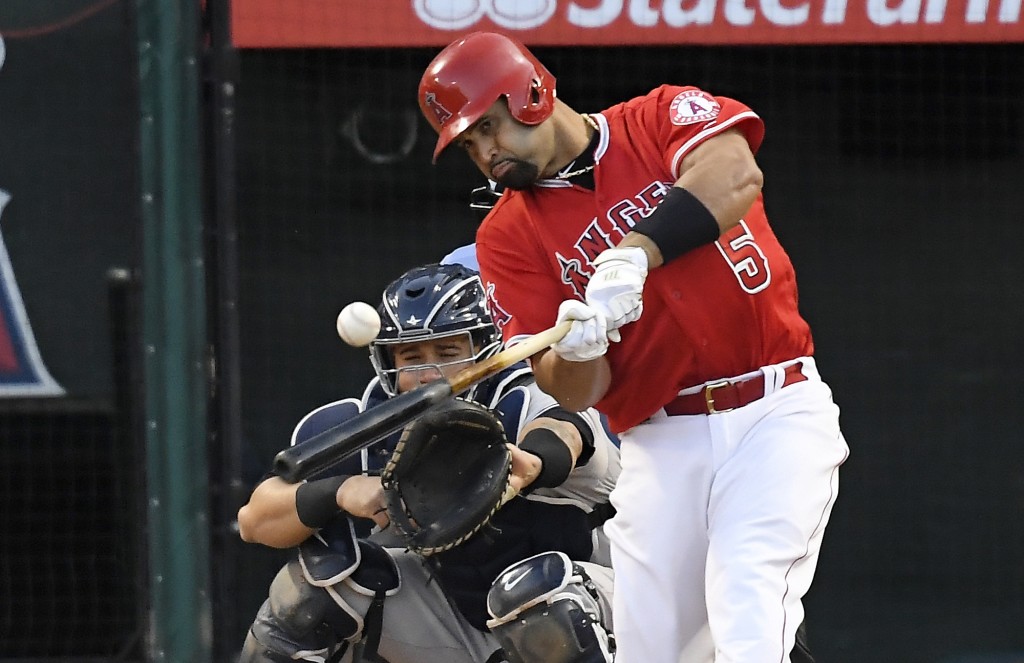 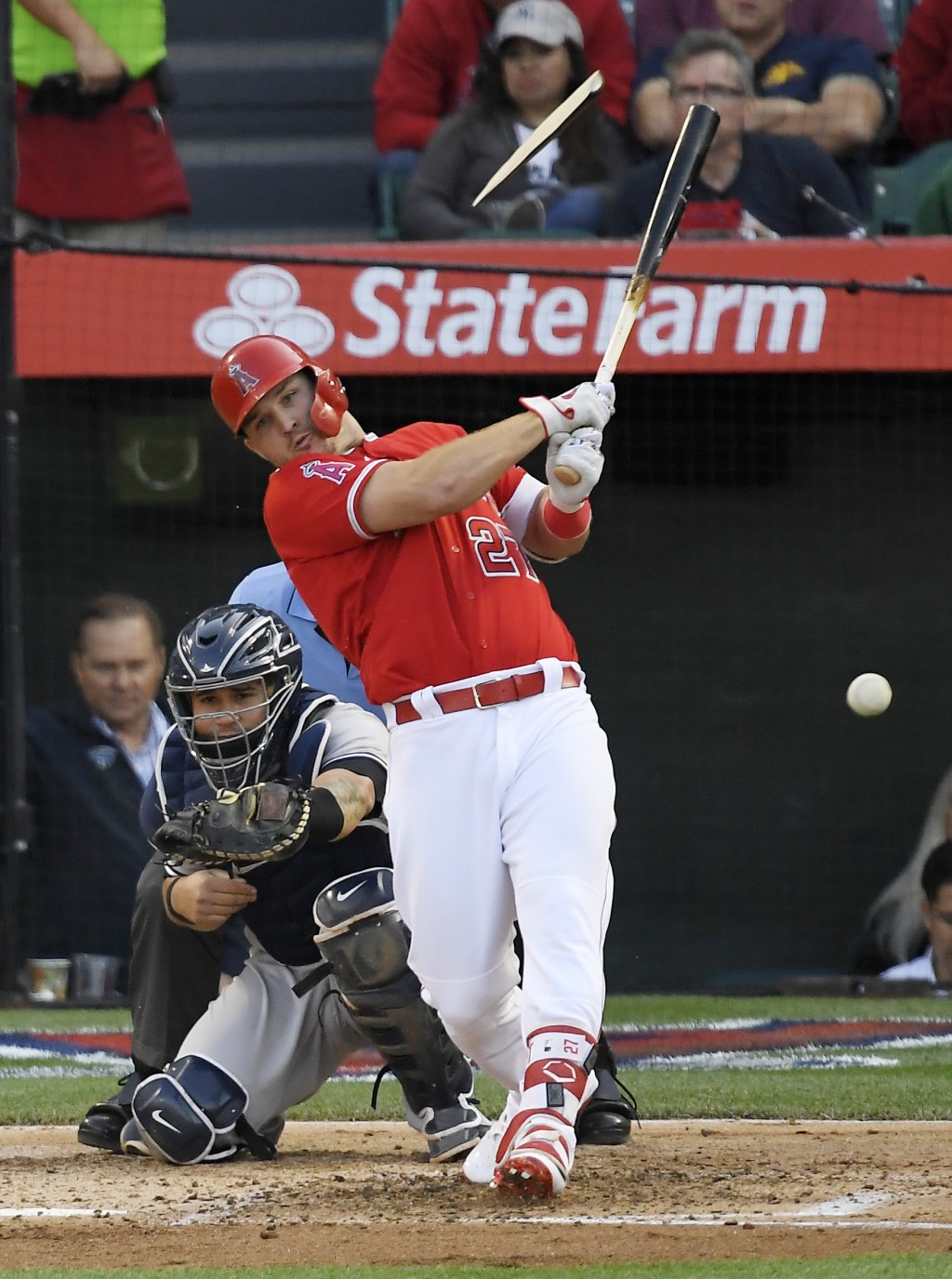 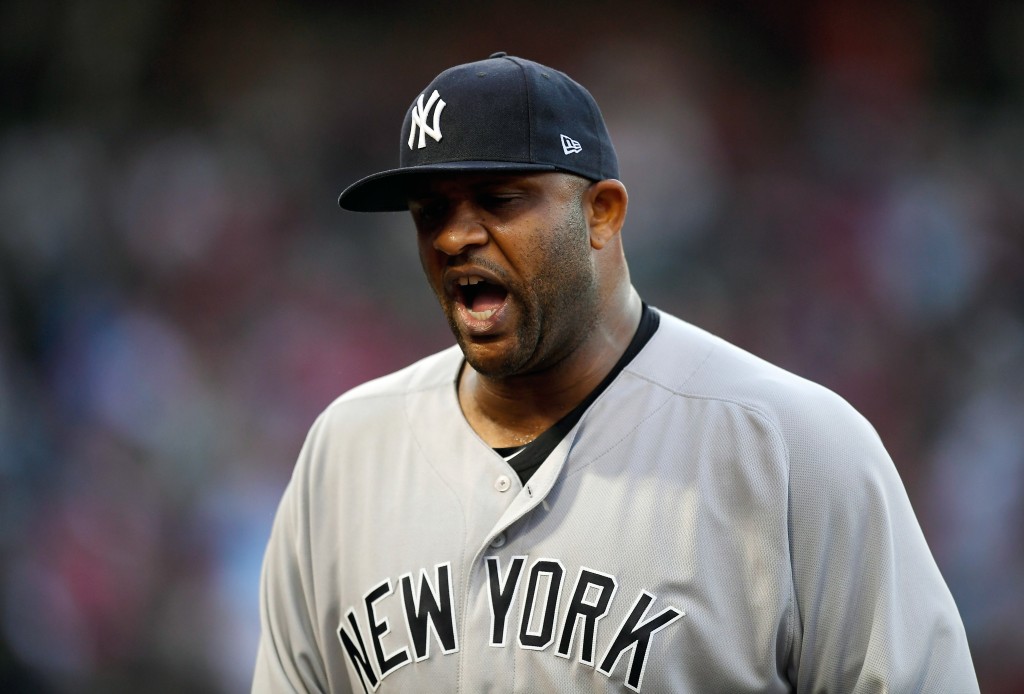 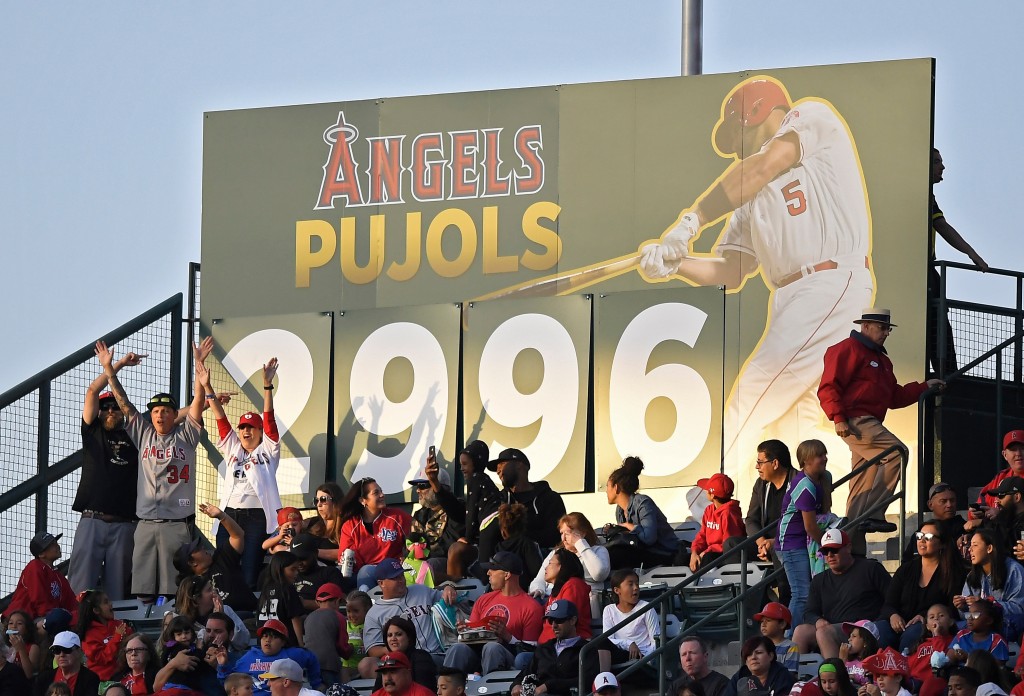 Sanchez launched a pitch from Tyler Skaggs (3-2) in the fourth inning into the stands in left field for his seventh homer. The ball went 447 feet and gave the Yankees a 2-0 lead.

Sabathia (2-0) gave up one run, five hits and a walk while striking out four. The 37-year-old lowered his ERA to 1.71 and has allowed just one earned run in three starts since returning from a right hip injury.

Chad Green struck out Zack Cozart to escape a jam in the eighth, and Aroldis Chapman got his sixth save by striking out Rene Rivera and Ian Kinsler to end it after issuing a one-out walk to Chris Young.

Justin Upton scored on a wild pitch in the sixth inning to make it 2-1.

Though the Yankees did not record a hit in the first three innings, they kept Skaggs busy. Brett Gardner opened the game with a nine-pitch groundout, and Skaggs was at 42 pitches after getting through the second inning. Skaggs made it 5 1/3 innings before departing, allowing two runs, three hits and two walks while striking out eight.

Yankees: INF Brandon Drury (migraines) could rejoin the team during its four-game series at Houston following a rehab assignment at Triple-A Scranton/Wilkes-Barre.

Angels: Shohei Ohtani (ankle) played catch Sunday and could throw a bullpen session Monday, manager Mike Scioscia said. The Angels have not announced their rotation past Tuesday's opener against Baltimore, leaving open the possibility Ohtani could start during the three-game series against the Orioles.

Yankees: RHP Sonny Gray (1-1, 7.71) will start at the Astros on Monday. Gray has not made it out of the fifth inning in four of his five starts this season. He gave up three runs, six hits and five walks in 4 2/3 innings in a no-decision against Minnesota on Wednesday.

Angels: RHP Nick Tropeano (1-2, 4.67) will start against Baltimore on Tuesday. Tropeano has gone 5 1/3 innings in each of his last two starts, allowing five runs in a loss against Boston on April 19th and four runs in a loss at Houston on Wednesday.