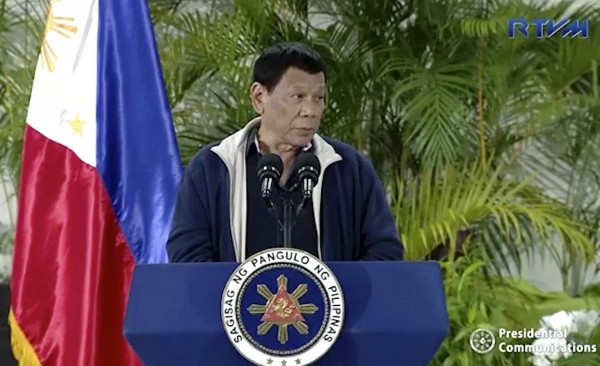 Though Duterte had harsh words for Kim in the past for his provocative acts such as calling him a "crazy man" a "fool" who played with "dangerous toys," he now says, "He has become my idol."

In response to a inter-Korean summit which called for an end to hostilities last Friday (April 27), Duterte praised Kim:

"For all of the time, he was pictured to be the bad boy of the community. But with one master stroke, he is now the hero of everybody. He appears to be amiable, jolly good fellow, and very accommodating."

Duterte seems to have now a growing admiration for the North Korean dictator, saying "I will tell him 'I admire you. You have a sense of timing.' Heroism is sometimes left to chance, otherwise it's purposely timed."

The Philippine leader then said the he hopes he can become friends with Kim:

"He should just treat me as a friend because this will promote - the impact is really, there is less stress now in the Korean Peninsula. And maybe, just maybe, we can avoid a war which nobody can win anyway."