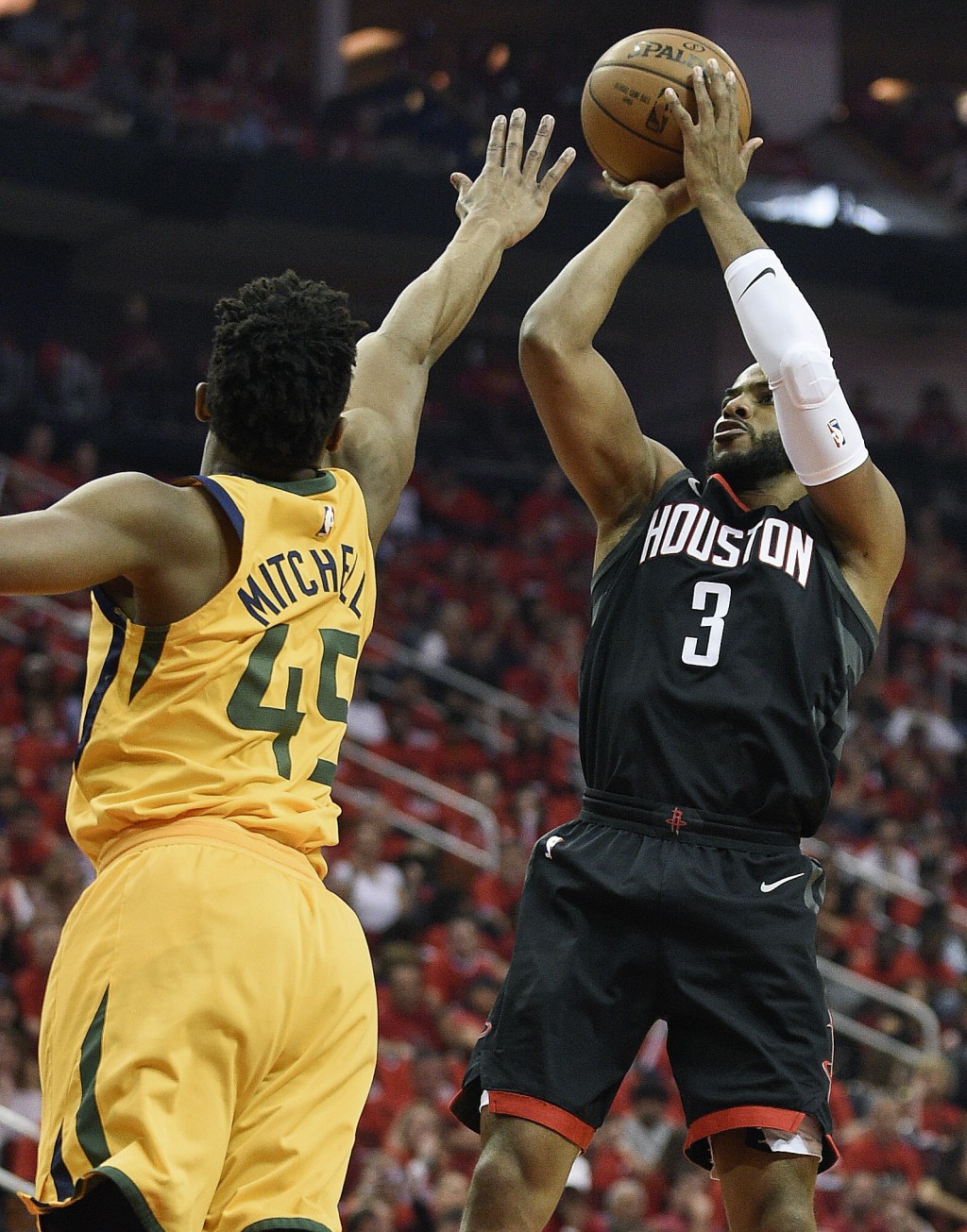 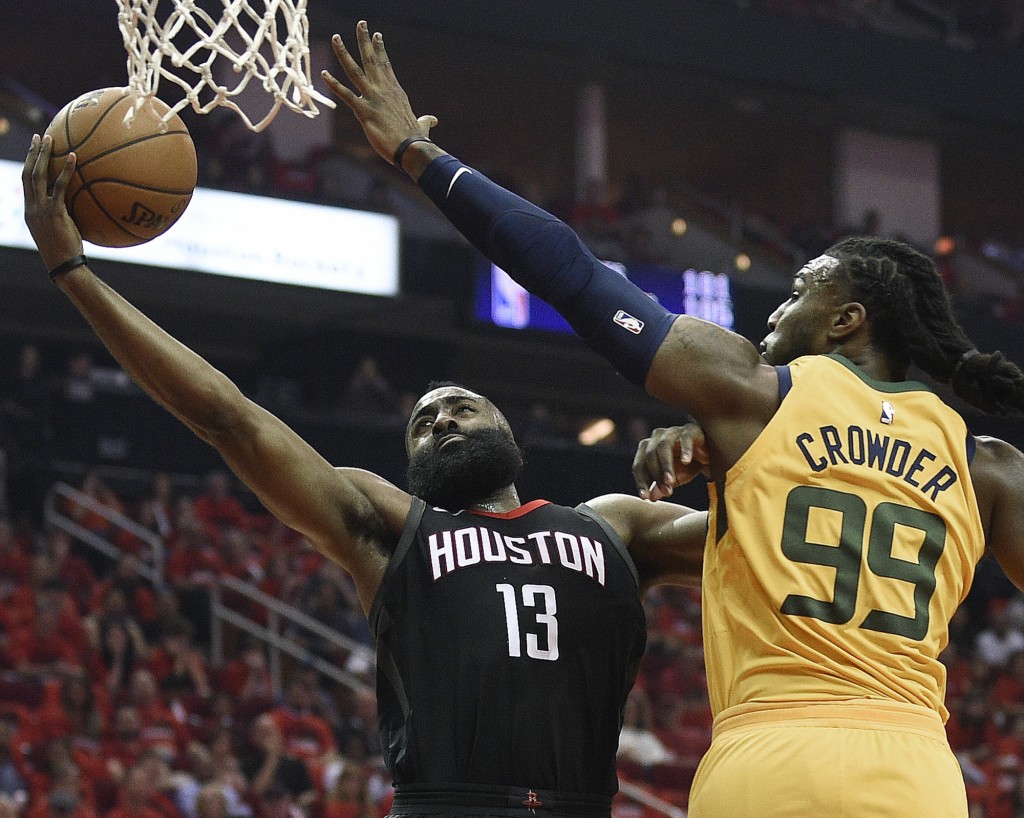 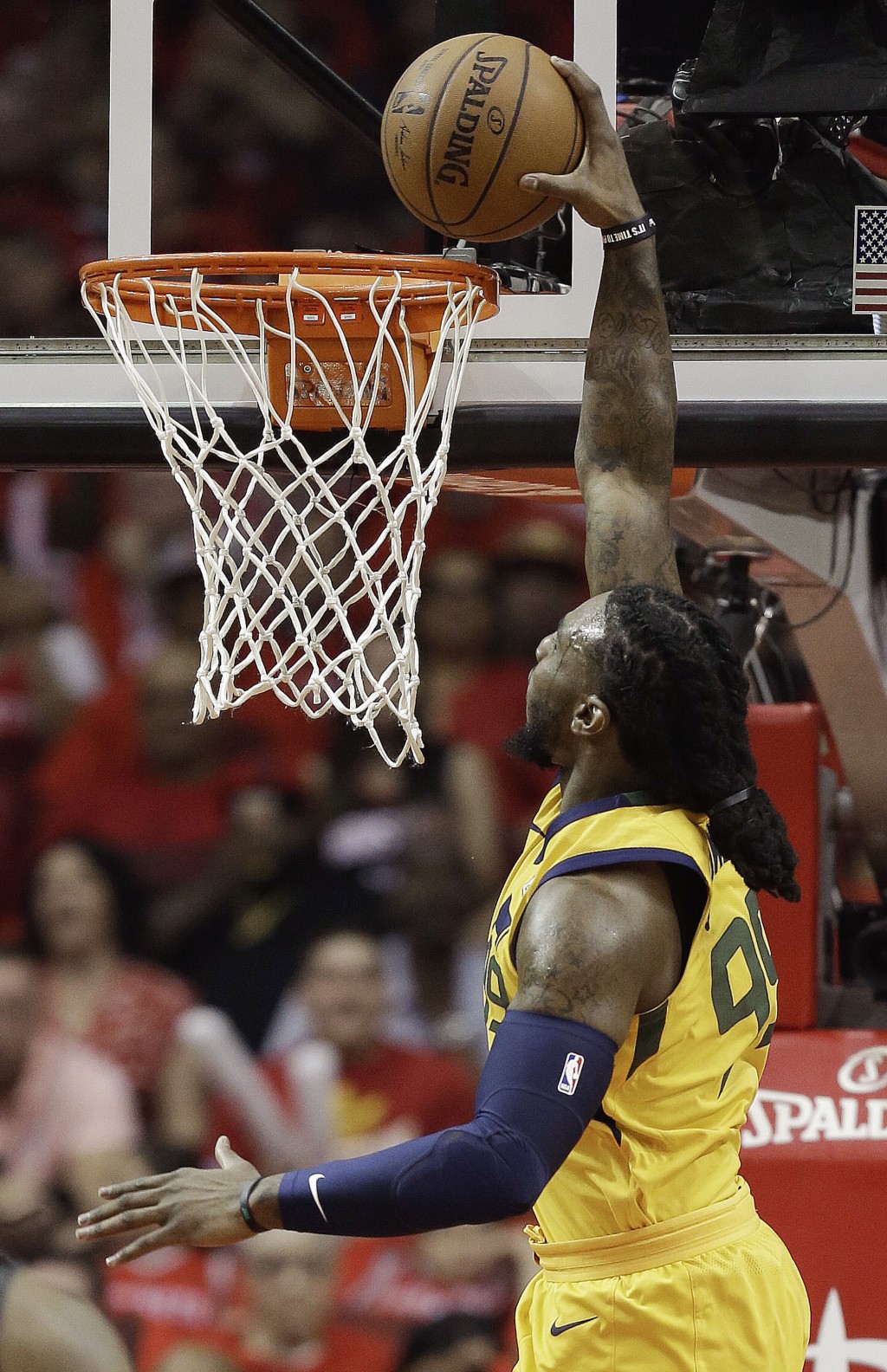 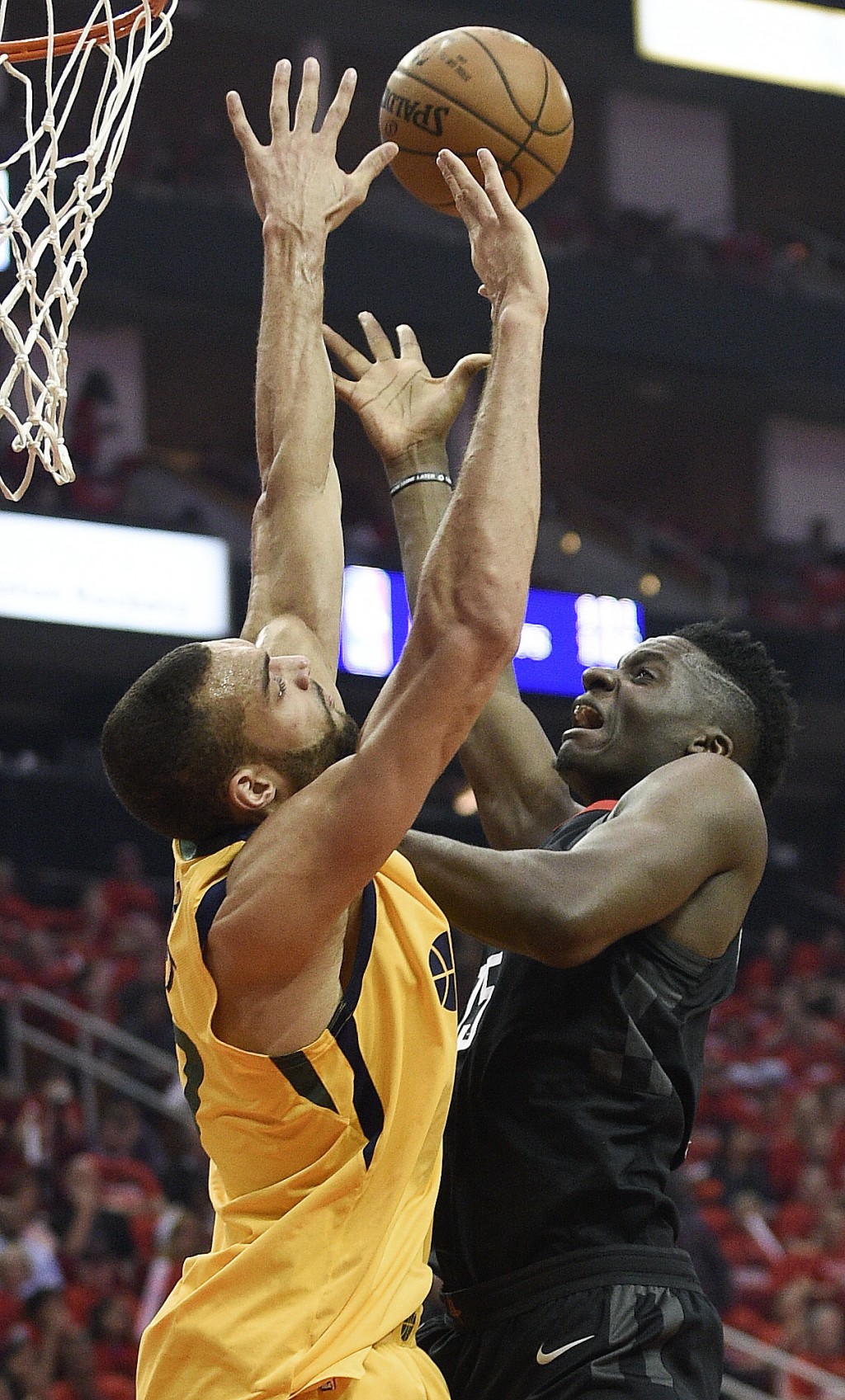 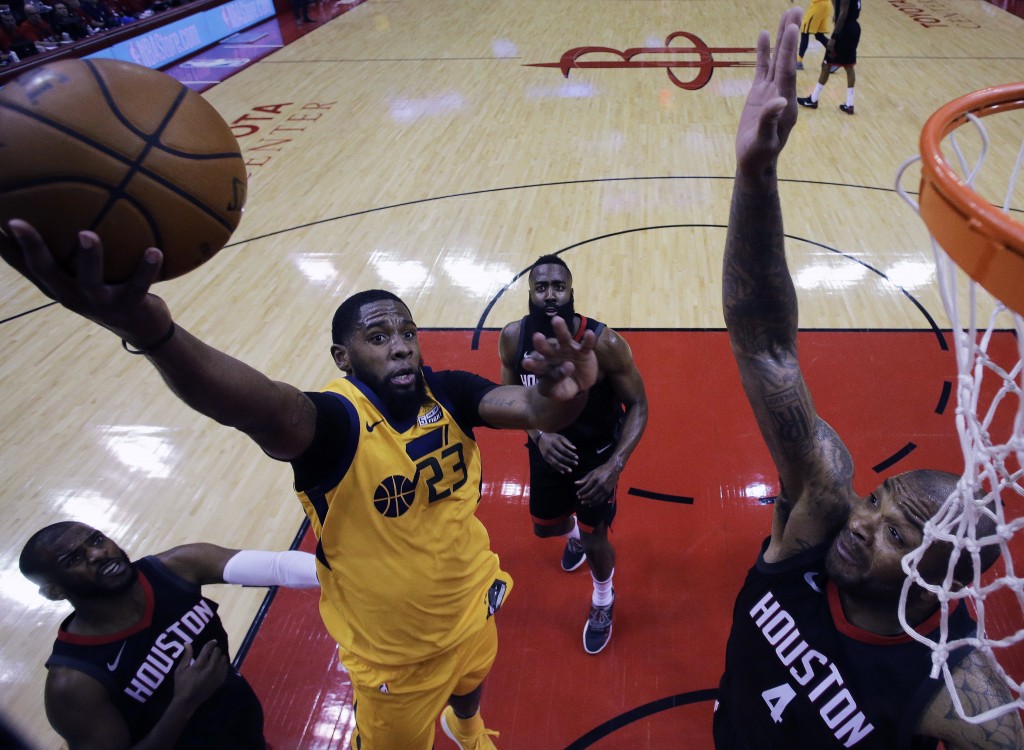 HOUSTON (AP) — James Harden scored 41 points and the Houston Rockets raced out to a huge lead and sailed to a 110-96 win over the Utah Jazz in Game 1 of the Western Conference semifinals on Sunday.

Houston was up by 25 at halftime behind 34 points combined from Harden and Chris Paul. The Jazz, who didn't wrap up their first-round series with Oklahoma City until late Friday night, looked sluggish and struggled to keep pace with the energy of the top-seeded Rockets, who haven't played since eliminating Minnesota on Wednesday.

It was Houston's fourth straight win by 10 or more points this postseason, and the Rockets have won their five games against the Jazz by an average of 16.8 points.

Harden, who also had seven assists and eight rebounds, picked up where he left off in the regular season against the Jazz when he averaged 34.3 points, led by a 56-point performance in a 137-110 win in November that set a career-high he has since bested.

The Jazz got 21 points each from rookie Donovan Mitchell and Jae Crowder while playing without starting point guard Ricky Rubio, who sat with a strained left hamstring. It was a significant blow after he averaged 14 points, 7.3 rebounds and seven assists in the first round.

The Rockets had 10 3-pointers by halftime, led by three apiece from Harden and P.J. Tucker. They finished with 17, including seven from Harden.

The Rockets were up by 18 entering the fourth after Paul hit a 3-pointer at the end of the third. Utah scored the first seven points of the fourth quarter to get within 86-75, but Harden made three free throws over the next minute to end the run.

Rudy Gobert, who had 11 points and nine rebounds, had a dunk after that, but a 3-pointer by Harden extended Houston's lead to 92-77 with about 8½ minutes left.

Mitchell was shaken up when Eric Gordon stepped on his ankle as he drove to the basket with about 5½ minutes remaining. He stayed on the court for a second holding his ankle before hopping up and walking gingerly to the bench. But remained on the bench for just a few seconds before returning.

Houston still had a 15-point lead later in the fourth when Gordon stole a pass from Royce O'Neal and Harden finished with a 3 to make it 103-85 with less than four minutes to go.

Both the Rockets and the fifth-seeded Jazz are in the semifinals for the second straight year. The Rockets, who beat the Timberwolves in five games to advance, lost to the Spurs last season, and Utah was eliminated by Golden State.

Jazz: Royce O'Neale started in place of Rubio and finished with four points and four assists. ... The Jazz haven't said how long Rubio will be out, but multiple reports have indicated that it could be as many as 10 days. ... Joe Ingles had 15 points.

Rockets: Luc Mbah a Moute had three points and three rebounds in his first postseason action this season. He had been out since dislocating his right shoulder on April 10. ... Clint Capela had 16 points and 12 rebounds for his third straight double-double. ... Paul finished with 17 points, four steals and six assists.

The Rockets host Game 2 on Wednesday night before the series shifts to Utah for two games.