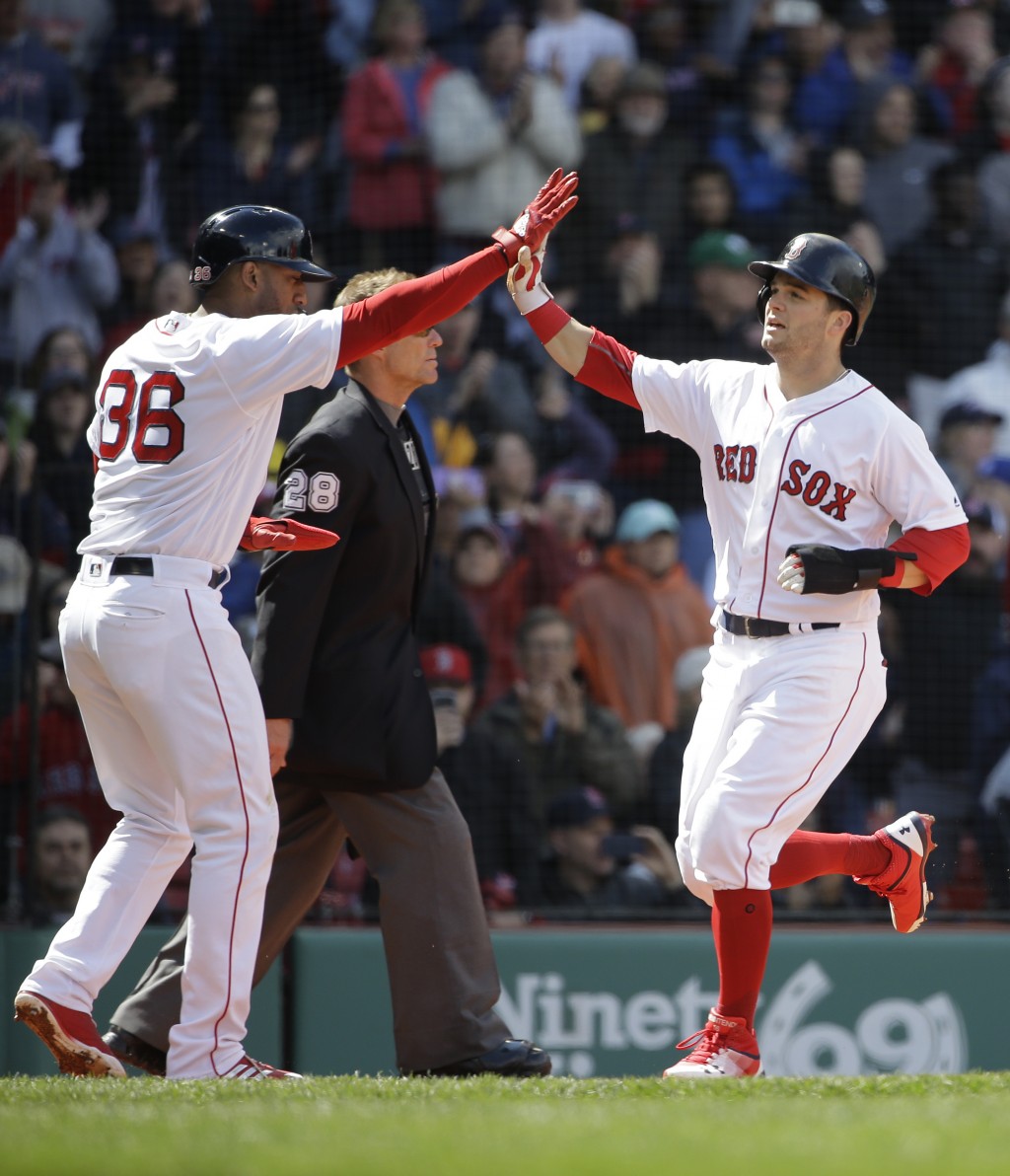 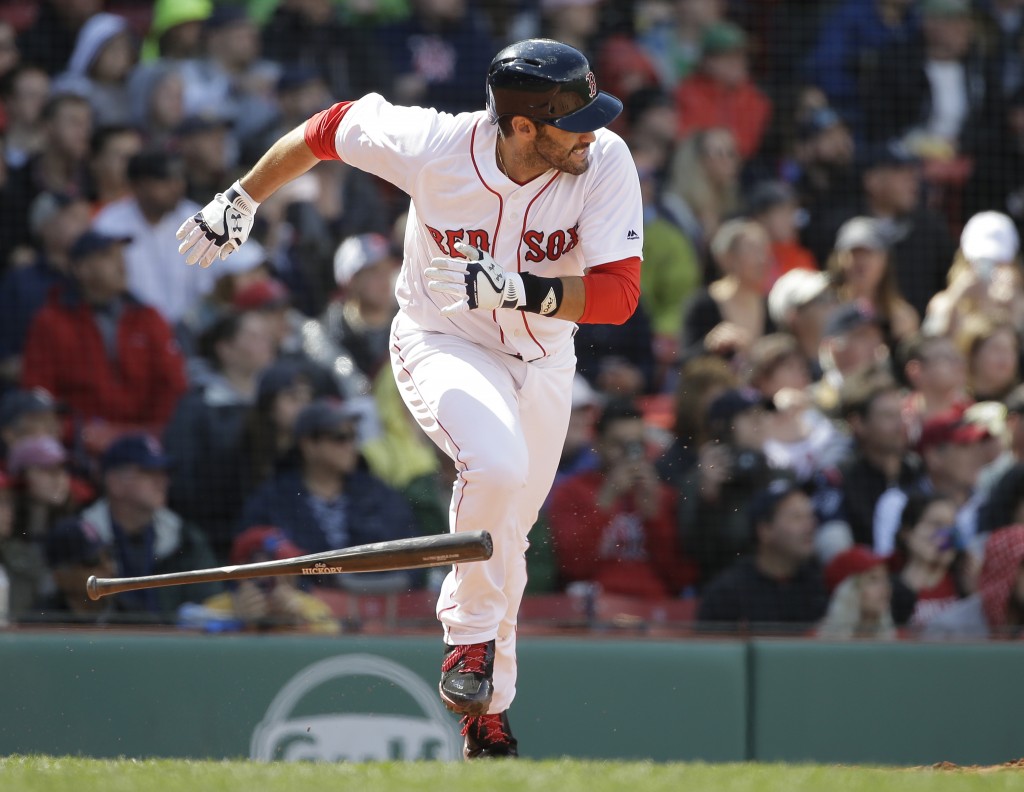 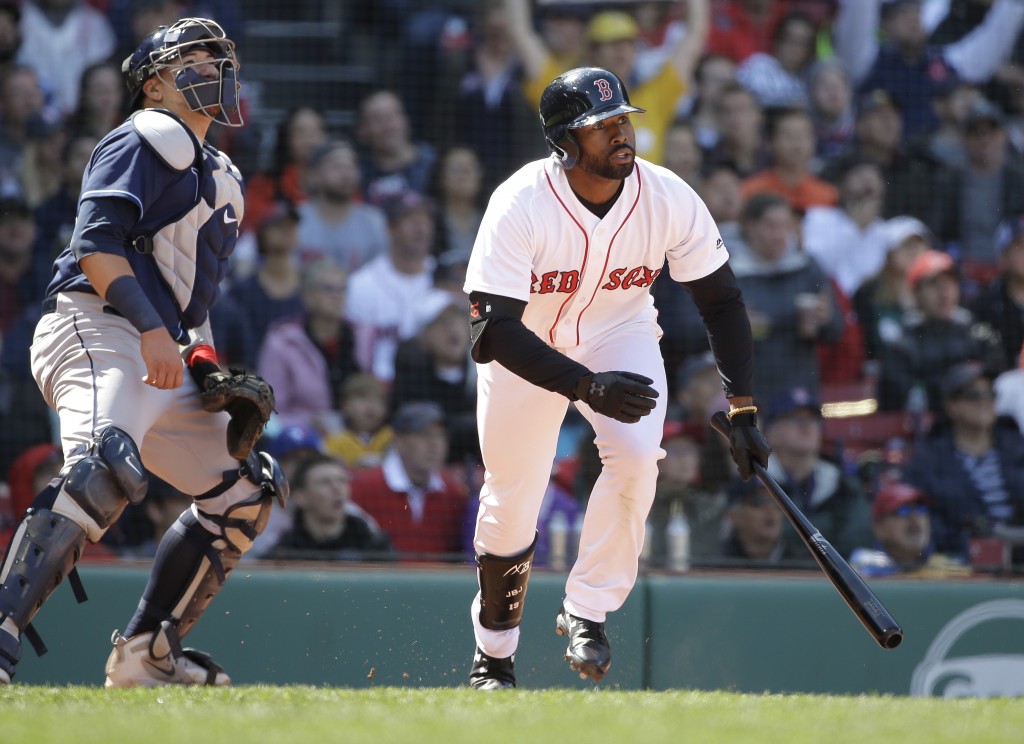 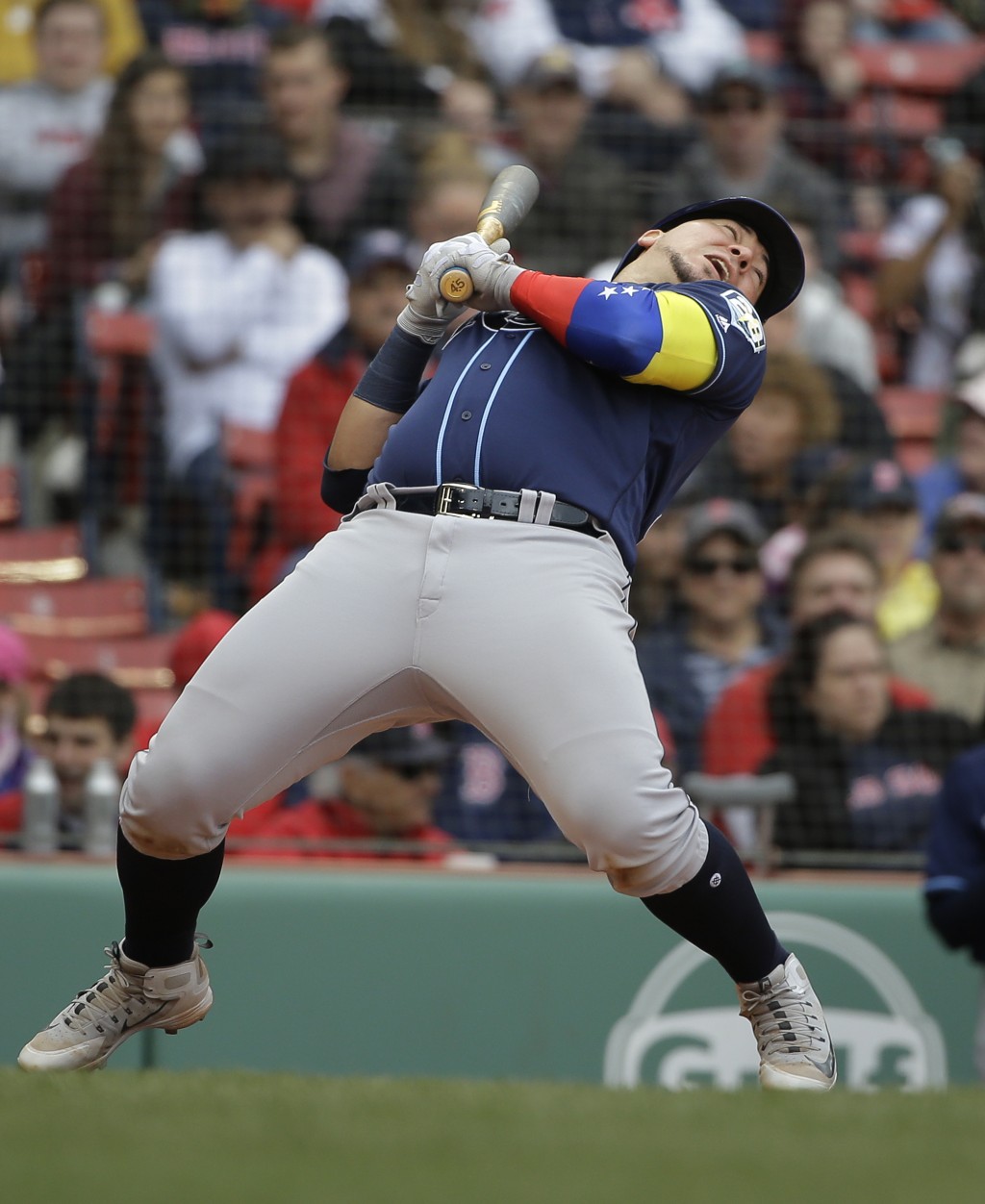 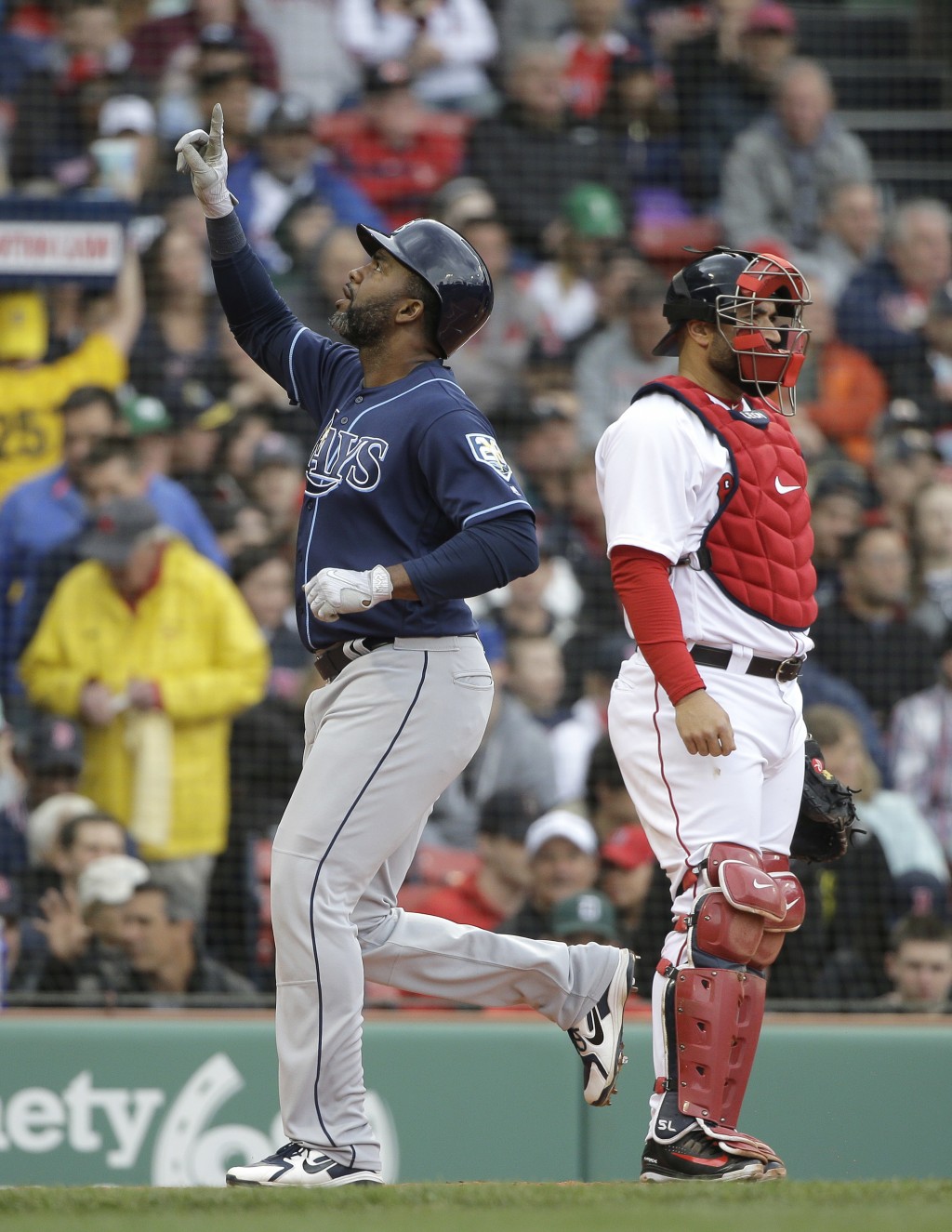 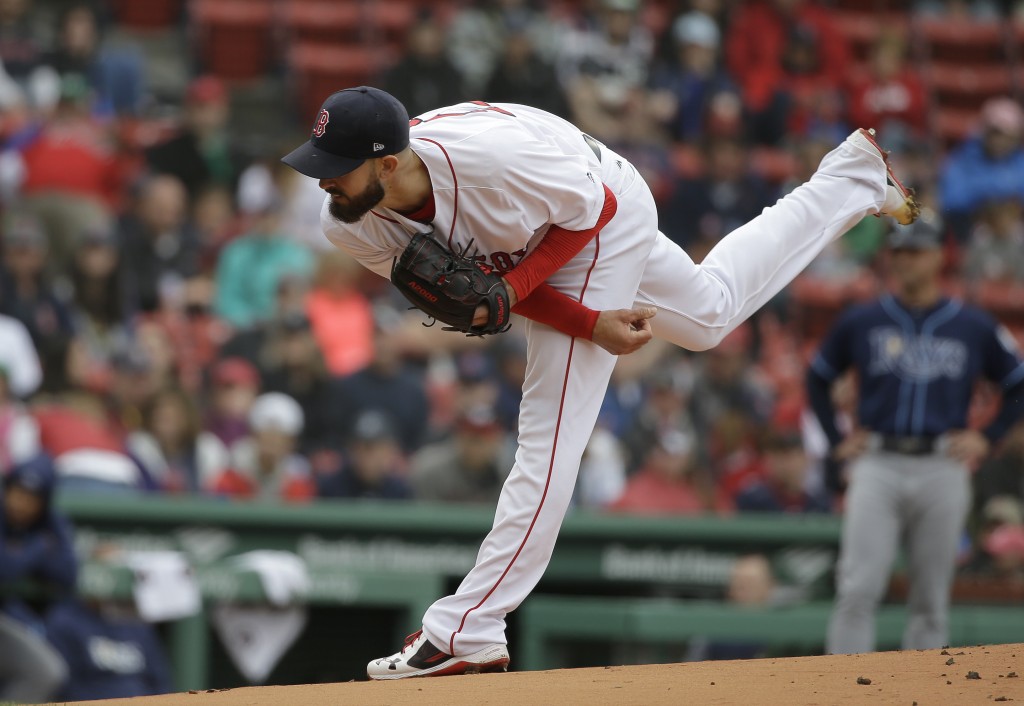 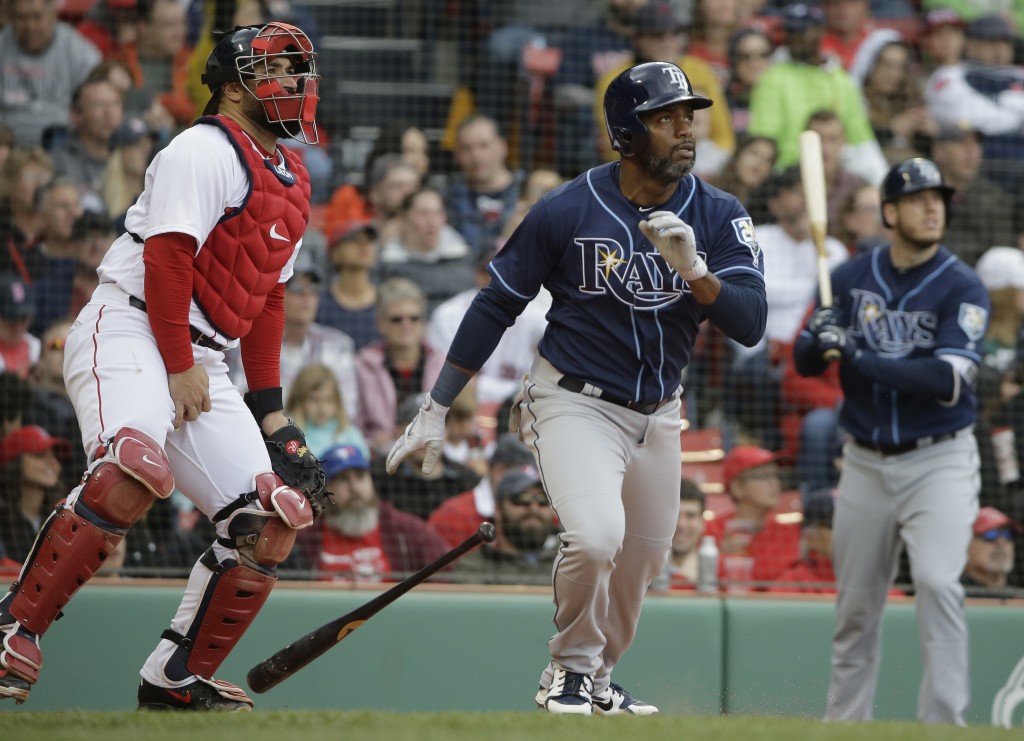 BOSTON (AP) — Red Sox closer Craig Kimbrel was on the mound with runners on second and third — twice.

At the rate he strikes out batters, it didn't matter.

Sandy Leon hit an opposite-field, go-ahead RBI single inside the third-base bag with two outs in the eighth inning and Kimbrel escaped two major jams, lifting the Boston to a 4-3 victory Sunday over Tampa Bay that snapped the Rays' eight-game winning streak.

J.D. Martinez had four singles and drove in two runs for the Red Sox, but misplayed a fly ball into a double that put runners on second and third in the eighth before Kimbrel struck out Brad Miller to end the inning.

Kimbrel (1-1) then struck out Jesus Sucre and pinch-hitter Carlos Gomez to end it.

"He's a high-strikeout guy," Martinez said. "Any time guys get on base, you never know, he could load the bases and strike three guys out. That's how he throws."

The right-hander had a bigger reason to smile after, though, saying his 5-month old daughter, Lydia Joy, was finally home after heart surgery that had him miss most of spring training.

"It's been great," he said, breaking into a smile. "I've lost a little bit of sleep, trying to catch up on it. Lydia came home the other day. It's been nice to be at the house to spend time with her."

Boston had lost five of seven.

Denard Span hit a two-run homer and made a leaping catch in front of the Green Monster for the Rays, who had their third-longest winning streak in team history halted. Tampa Bay won nine straight in 2014 and 12 in '04.

"We needed it every bit and then some," Tampa Bay manager Kevin Cash said of the streak. "A lot of good things kind of came about. We saw our offense take shape a little bit and get hot. Pitchers got into that better rhythm, and defensively kind of as advertised."

Red Sox starter Rick Porcello gave up three runs and seven hits with six strikeouts and no walks over 7 2/3 innings.

Martinez led off the eighth win a single against Tampa Bay closer Alex Colome (2-3) and Jackie Bradley Jr. walked before Leon hit a bouncer inside the bag that caromed off a side wall into short left field.

Trailing 3-0, Boston rallied to tie on Martinez's two-run single and Bradley's sacrifice fly in the sixth, but they left the bases loaded when Tzu-Wei Lin flied out.

Span's homer over Boston's bullpen made it 2-0 in the third. Mallex Smith added an RBI single an inning later.

Rays: C Wilson Ramos was out of the lineup after leaving Saturday's game with a sore groin.

Red Sox: OF Mookie Betts, who left Saturday with a tight right hamstring, was out of the lineup Sunday. Manager Alex Cora didn't seem too concerned, saying it's "day to day." ... RHP Tyler Thornburg (recovering from right shoulder surgery) starts a rehab assignment with Triple-A Pawtucket on Monday.

Red Sox slugger Hanley Ramirez was hit on the left forearm Andriese. The slugger glared at the pitcher and appeared to say something before flipping his bat toward Boston's dugout and walking slowly to first with catcher Sucre in between the pair, but nothing escalated.

The game marked the 32nd anniversary of Boston's Roger Clemens setting a major league record by striking out 20 against the Seattle Mariners at Fenway Park.

Cash came out of the dugout in the middle of the sixth inning to say hello to a couple of fans that walked down to the first row from much further back to get his attention. Cash played on Boston's 2007 World Series-winning team.

Yarbrough was 1-1 with a 4.19 ERA in seven games. Hu appeared in one game with the Rays this season, allowing three runs in 2 2/3 innings.

Rays: RHP Jake Faria (1-1, 6.33 ERA) is slated to pitch the opener of a three-game series in Detroit on Monday. He has struggled in his two road starts, giving up 12 runs in six innings.