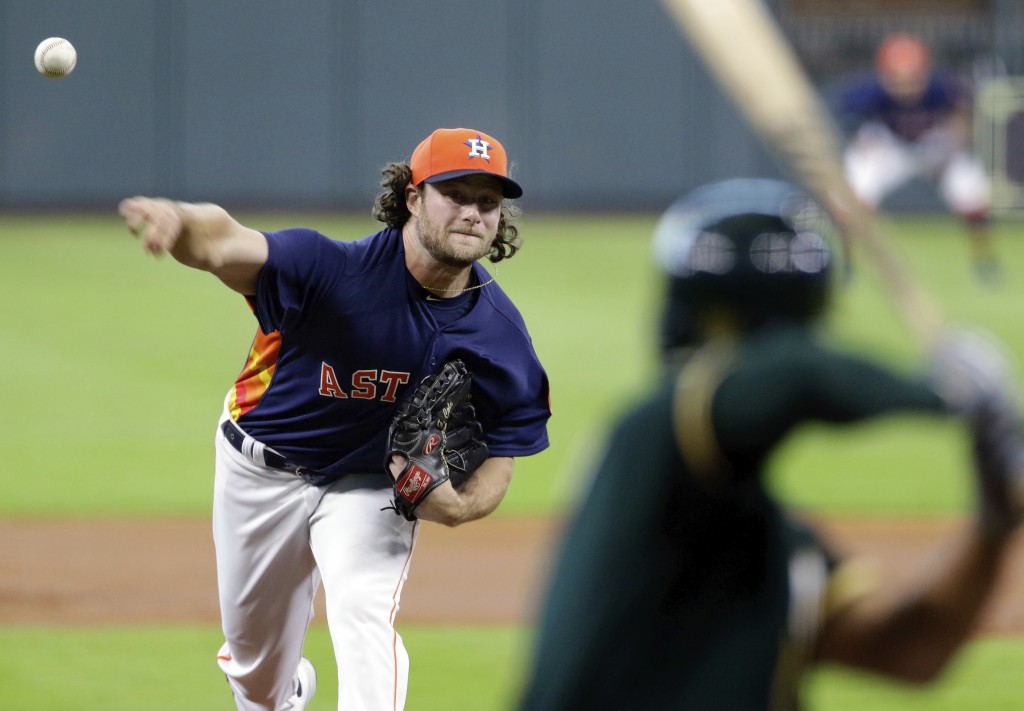 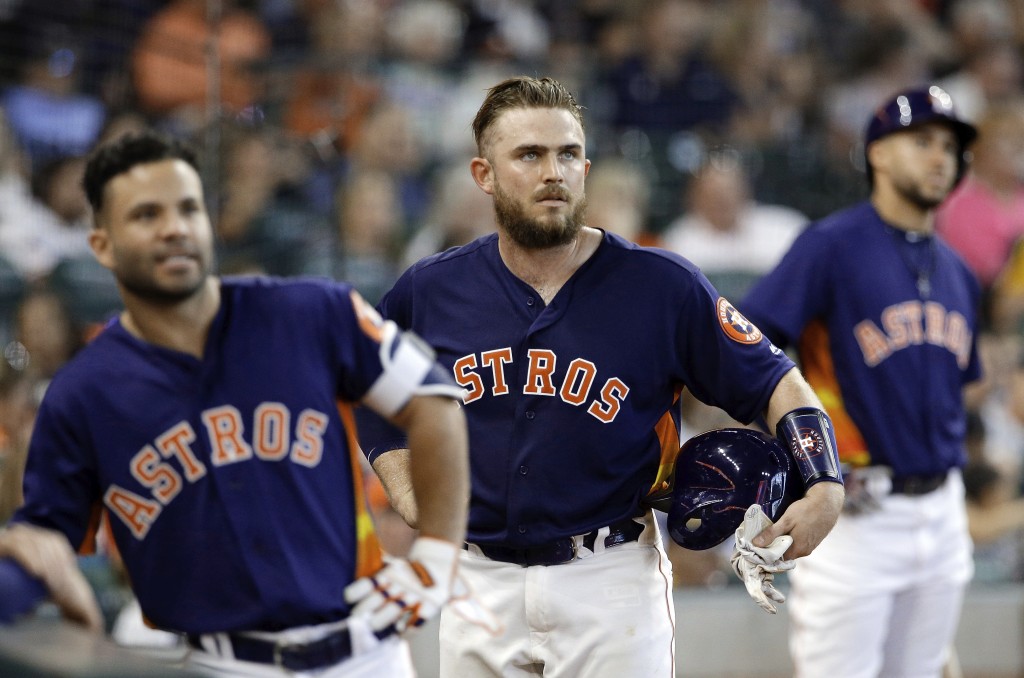 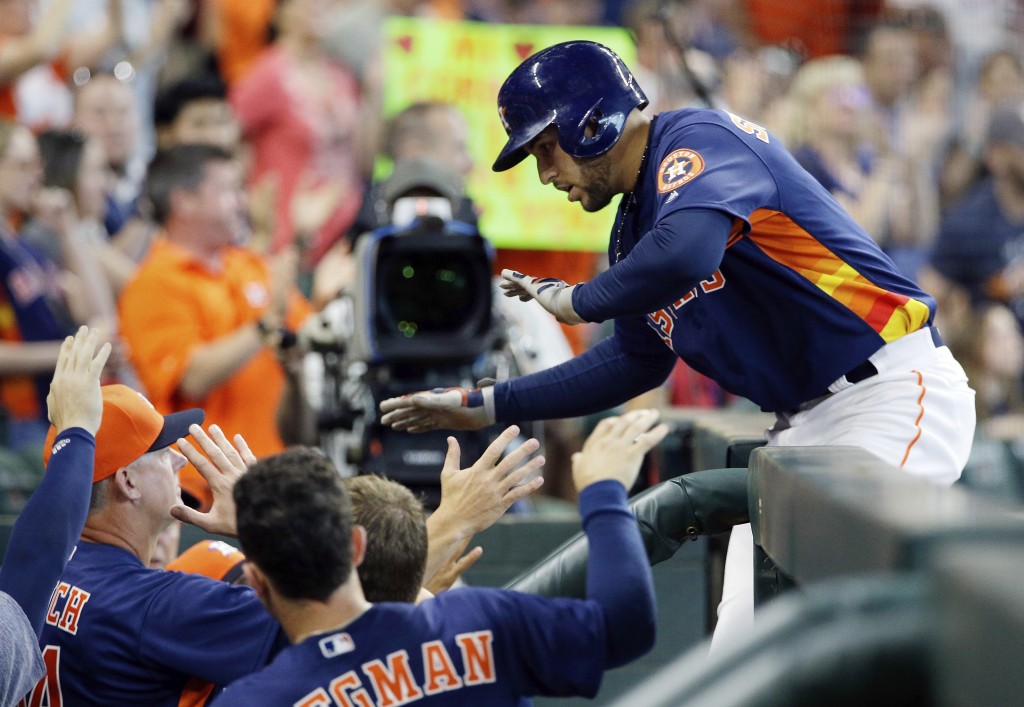 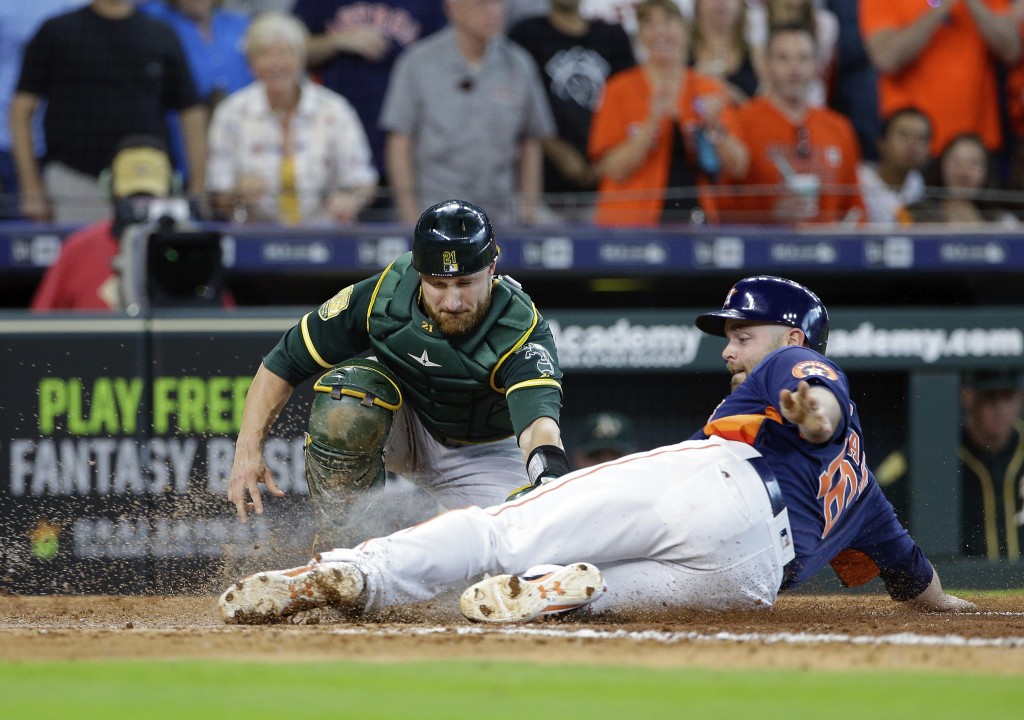 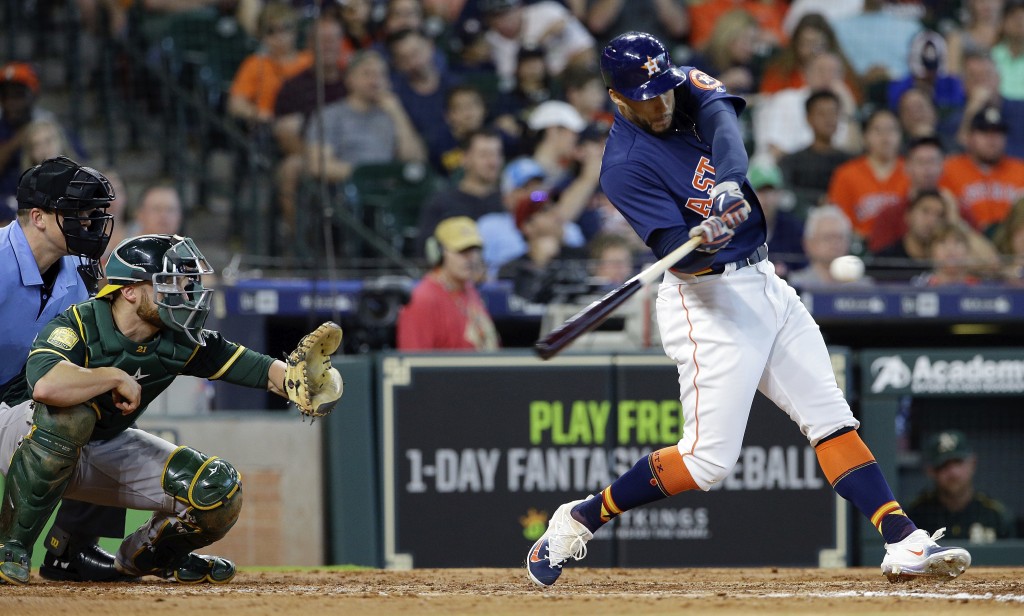 HOUSTON (AP) — Gerrit Cole worked into the seventh inning and struck out 12, George Springer and Jose Altuve each drove in two runs and the Houston Astros beat the Oakland Athletics 8-4 on Sunday.

After Cole allowed the tying run on his 99th and final pitch, the Astros took advantage of two errors in the bottom of the seventh — among Oakland's four on the afternoon — to pull away.

Cole gave up three runs on six hits and walked none in 6 2/3 innings. The right-hander's dozen strikeouts were his second-most this season, and he has struck out 10 or more batters in four of his six starts. He had six double-digit strikeout performances in his five previous seasons, all with Pittsburgh.

Will Harris (1-1) recorded the final out in the seventh.

In the bottom half, Alex Bregman walked, stole second and reached third on a throwing error by catcher Jonathan Lucroy. Brian McCann followed with a popup to shallow right field that bounced off shortstop Marcus Semien's glove, allowing Bregman to score the go-ahead run.

Jake Marisnick added an RBI double and Altuve had a run-scoring single, making it 6-3.

Marwin Gonzalez had a RBI single and McCann had a sacrifice fly in the eighth to expand the lead.

Springer hit a solo homer to left-center in the fifth. This was the first time Springer has homered in back-to-back regular season games since last June 27 and 28 against Oakland.

Jed Lowrie's RBI single in the sixth broke his own franchise record for hits in April with 35, and the RBI tied him with Jason Giambi and Reggie Jackson for most RBIs by an Oakland player in April with 27.

Lucroy had three hits, including an RBI double in the third and a RBI single in the seventh.

Chad Pinder hit his third homer of the season with two outs in the ninth.

With his game-opening strikeout of Matt Joyce, Cole passed Mike Scott for most strikeouts in April in Astros history. Scott had 49 in 1987. Cole finished the month with 61 in six starts.

Before Springer's home run, Max Stassi hit a deep fly ball to right field. Stephen Piscotty ranged back to the wall to try to make the catch. A fan in the first row reached over the wall and grabbed it, touching Piscotty's glove. Stassi was called out because of fan interference, and the call was upheld after video review.

Athletics: After a day off, RHP Andrew Triggs (2-0, 4.70 ERA) will get the ball to open a road series against the Seattle Mariners and RHP Felix Hernandez (3-2, 4.96). Triggs has allowed two runs or fewer in four of his five starts this season.

Astros: RHP Charlie Morton (3-0, 1.86) starts on Monday against the New York Yankees and RHP Sonny Gray (1-1, 7.71). The last time Morton faced the Yankees was in Game 7 of the ALCS last season at Minute Maid Park, when he worked five innings and combined with Lance McCullers on a three-hit shutout.