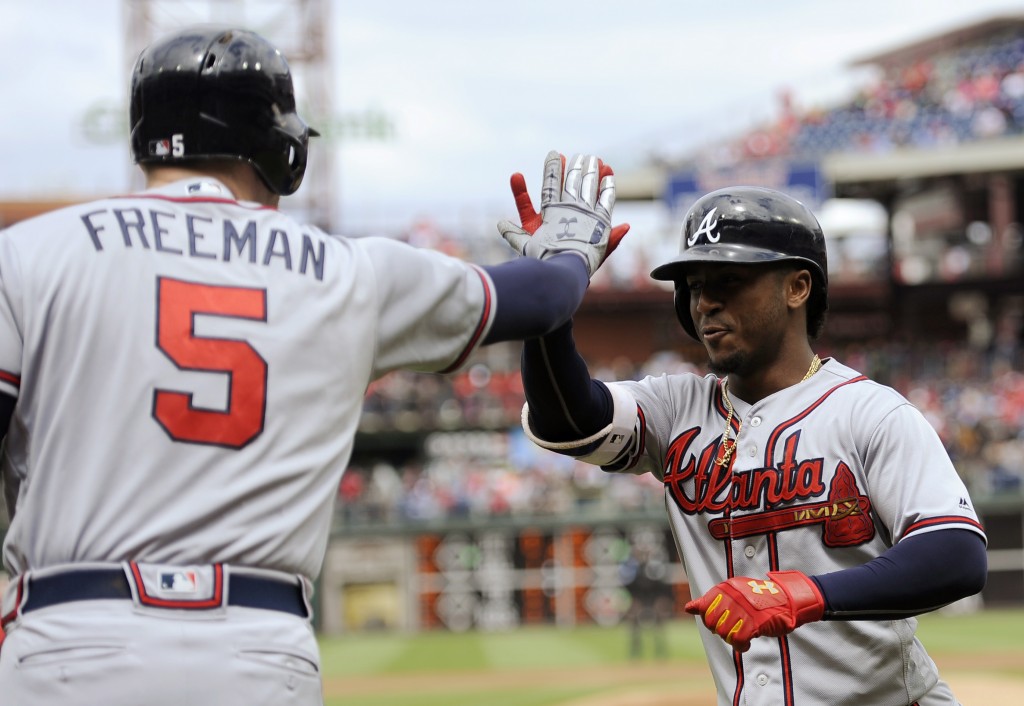 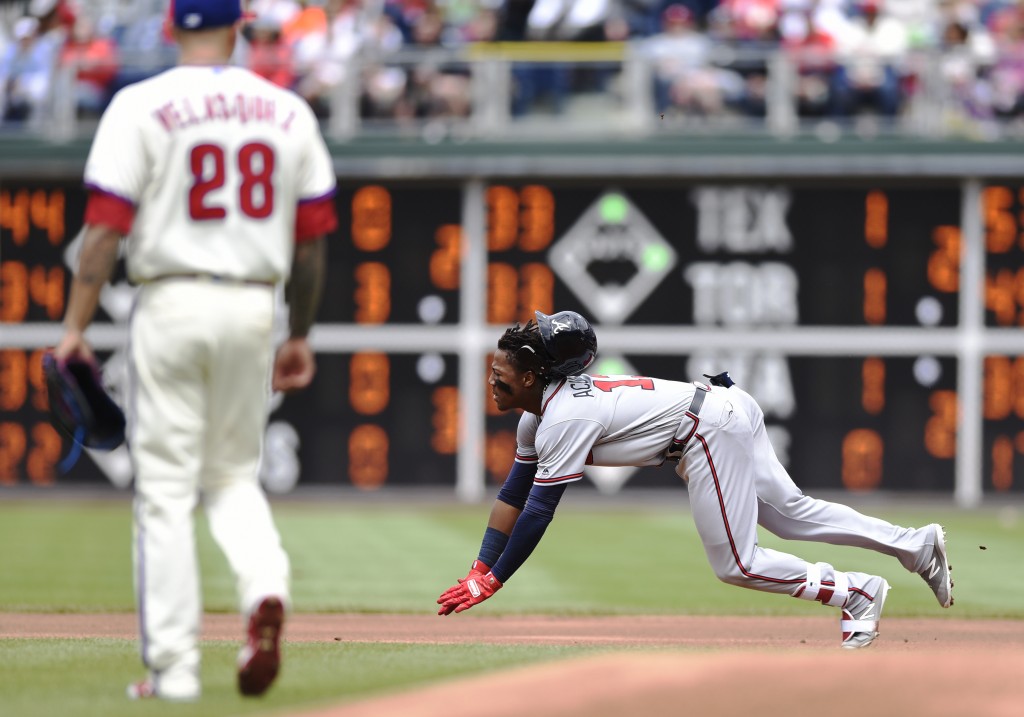 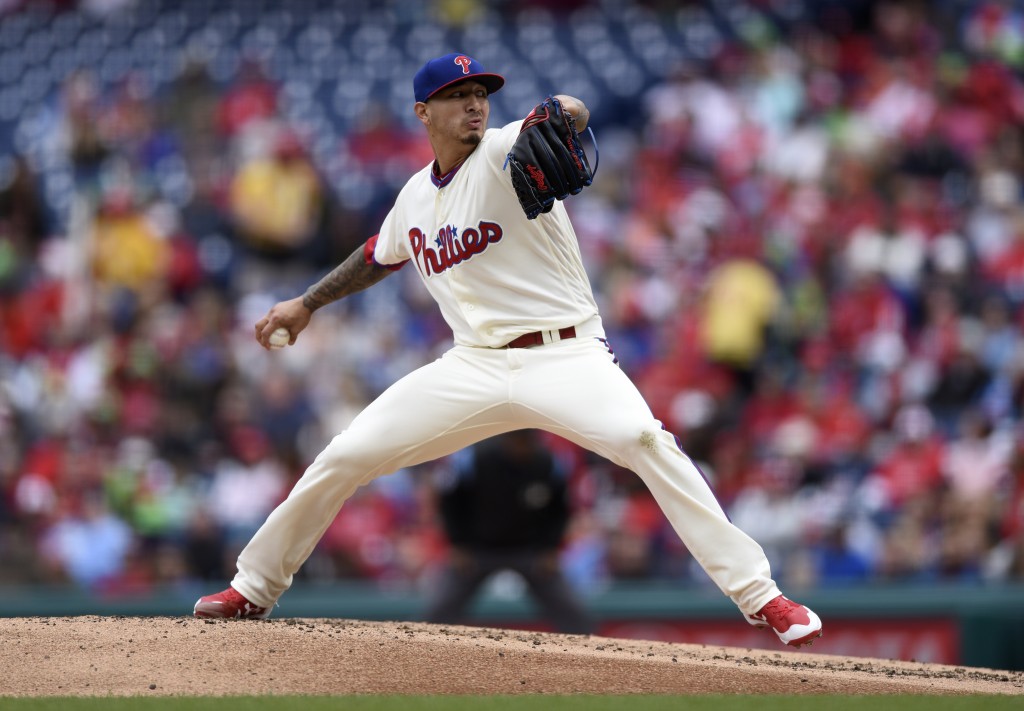 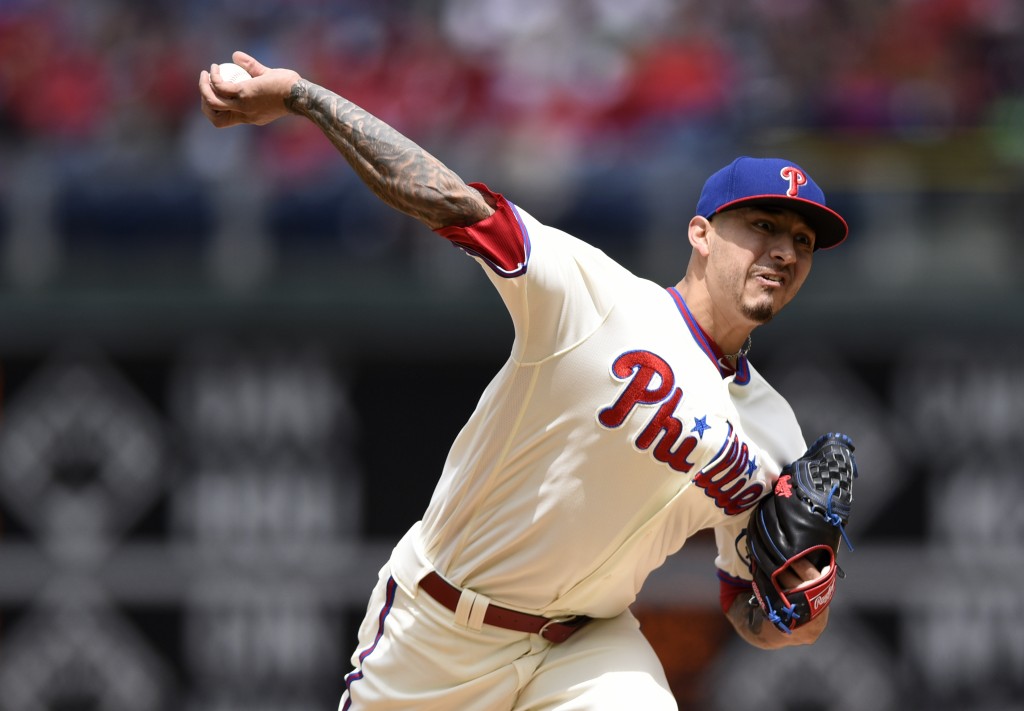 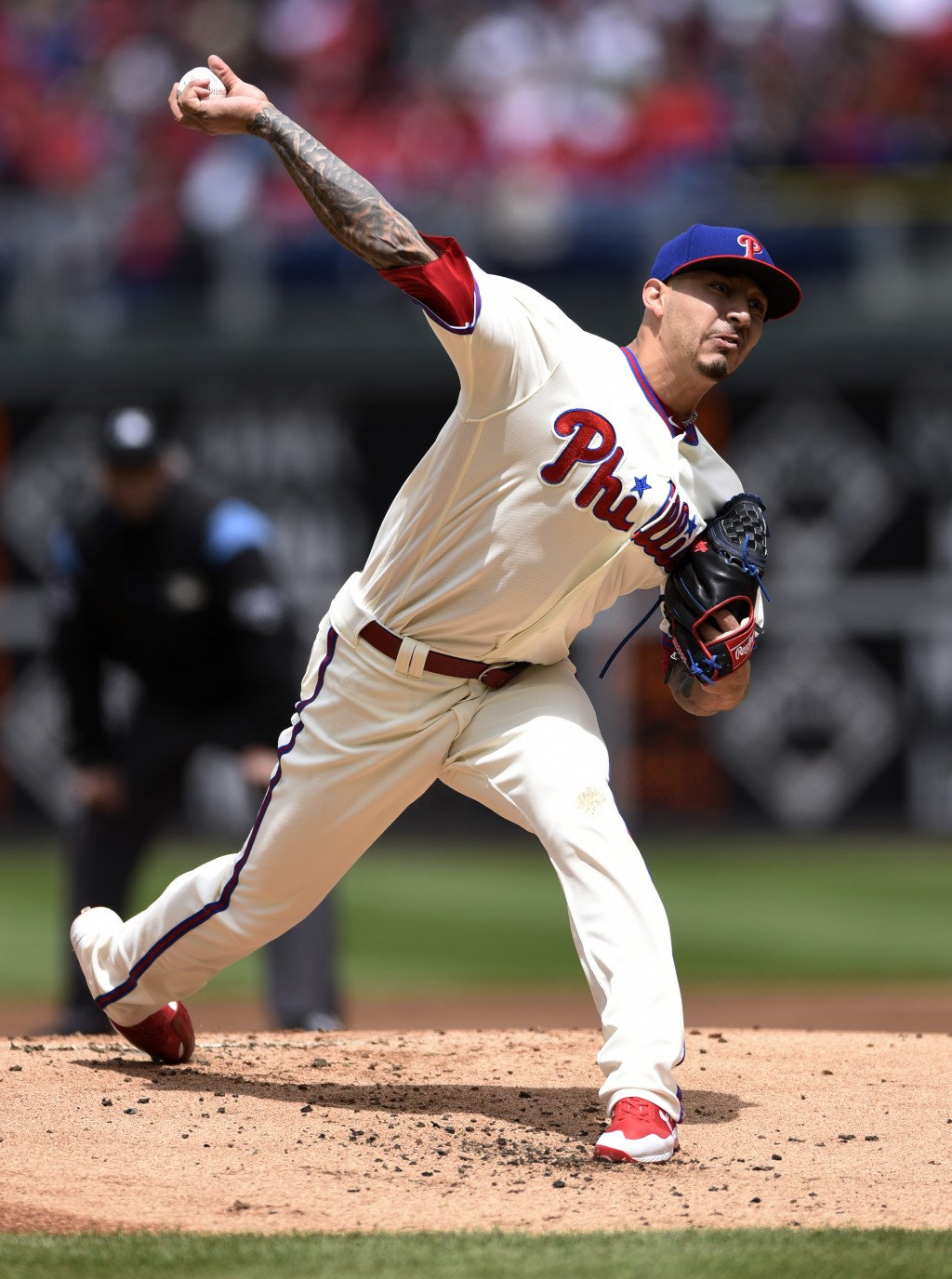 PHILADELPHIA (AP) — Ronald Acuna Jr. doubled twice and reached base four times to cap a successful first week in the majors, and the Atlanta Braves cruised with a new lineup to a 10-1 victory over the Philadelphia Phillies on Sunday.

The speedy Acuna had an RBI double in the eighth, walked twice and stole his first base. He's hitting .421 (8-for-19) in five games.

Johan Camargo hit a three-run home run and Ender Inciarte, dropped from first to ninth in the order, tripled in a five-run third inning off Vince Velasquez (1-4) in the Braves' fourth win in five games.

Brandon McCarthy (4-0) allowed one run and five hits while striking out six in 5 1/3 innings for his third win over Philadelphia this season.

Aaron Altherr had three hits and scored on Maikel Franco's grounder the fourth in the Phillies' fourth loss in six games. Philadelphia is 3-6 against Atlanta this season.

Velasquez has allowed 16 runs in three starts against Atlanta this season, all in matchups against McCarthy.

Braves manager Brian Snitker overhauled his lineup in hopes of getting the struggling Inciarte going. And it immediately paid off.

Albies crushed a 93 mph fastball to right for his ninth homer and Acuna doubled to right two pitches later.

Inciarte tripled to right to lead off the decisive third that included Nick Markakis' two-run single and the 24-year-old Camargo's first homer, both coming with two outs.

Braves: RHP Julio Teheran, pulled from Friday's start with back pain, threw a bullpen session. ... C Kurt Suzuki stayed in after getting hit on the left hand by a pitch in the ninth.

Phillies: Struggling SS J.P. Crawford was placed on the 10-day disabled list with a right forearm strain and INF Jesmuel Valentin was recalled from Triple-A Lehigh Valley. Crawford is hitting .214 and has five throwing errors. "I think the time down could make him feel better overall," manager Gabe Kapler said. Scott Kingery replaced Crawford in the lineup.

Braves LHP Jesse Biddle, a Philadelphia native and former Phillies draft pick, doubled in a run off Luis Garcia in the ninth in his first major league plate appearance.