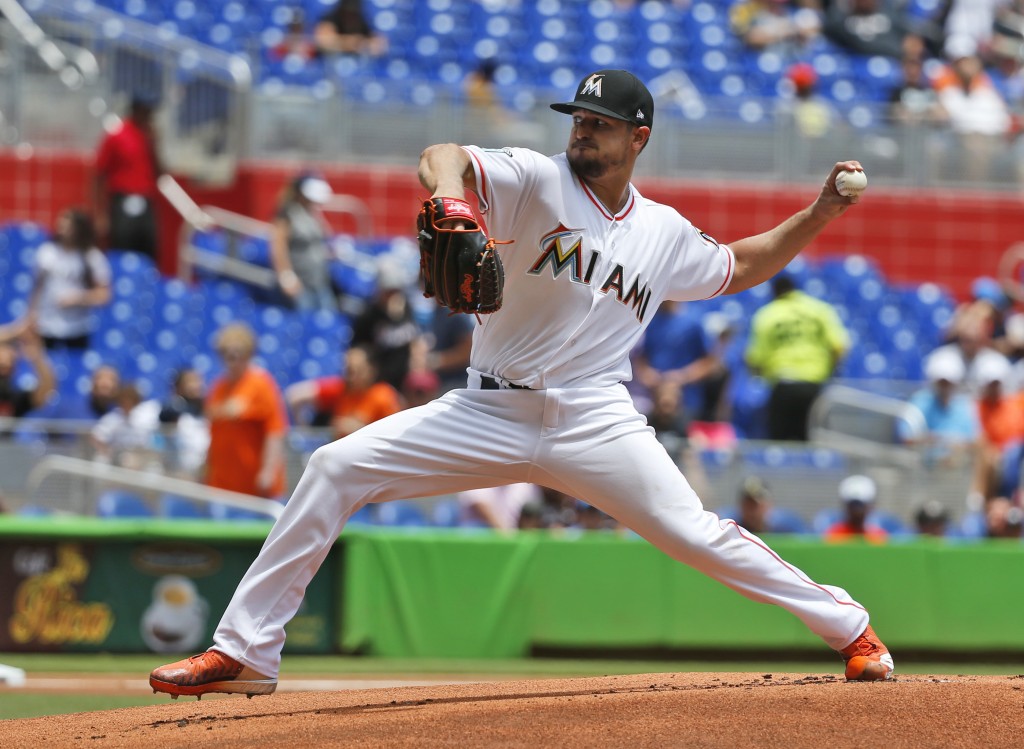 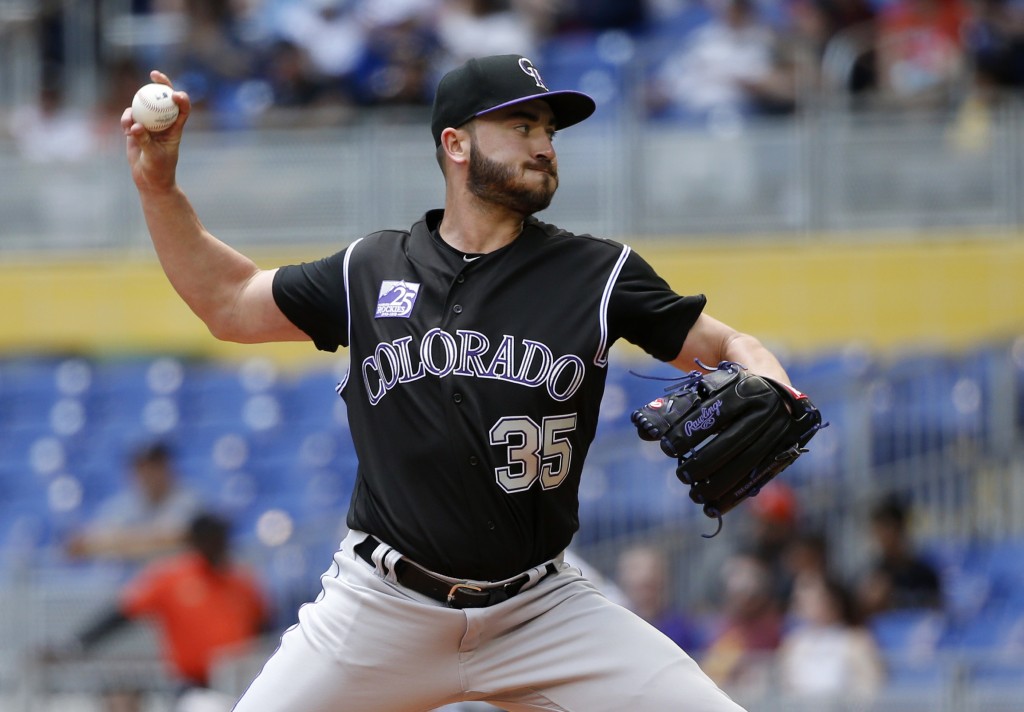 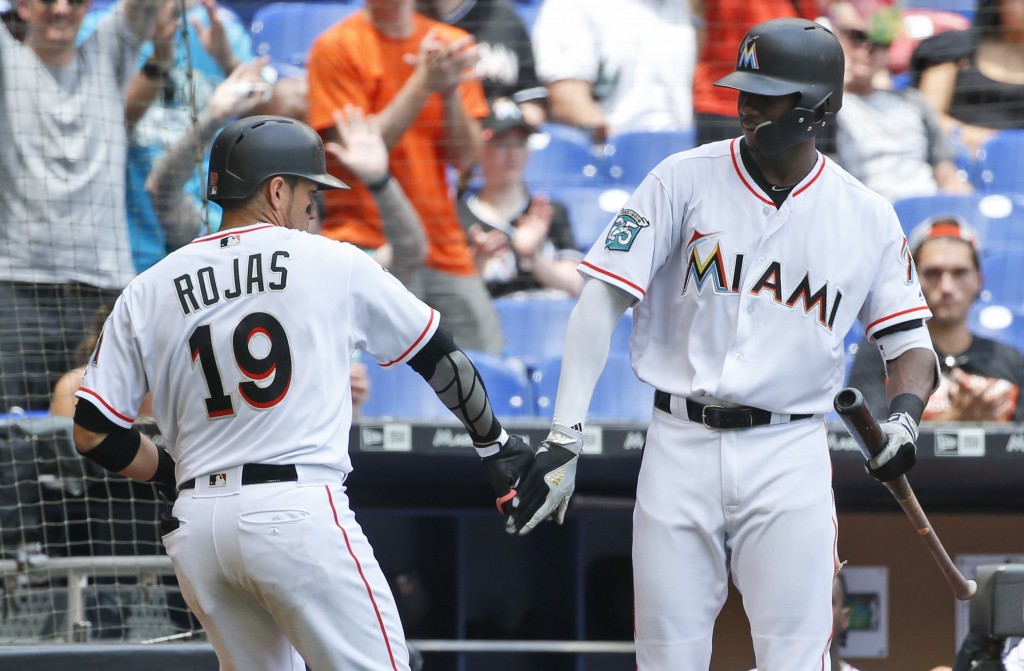 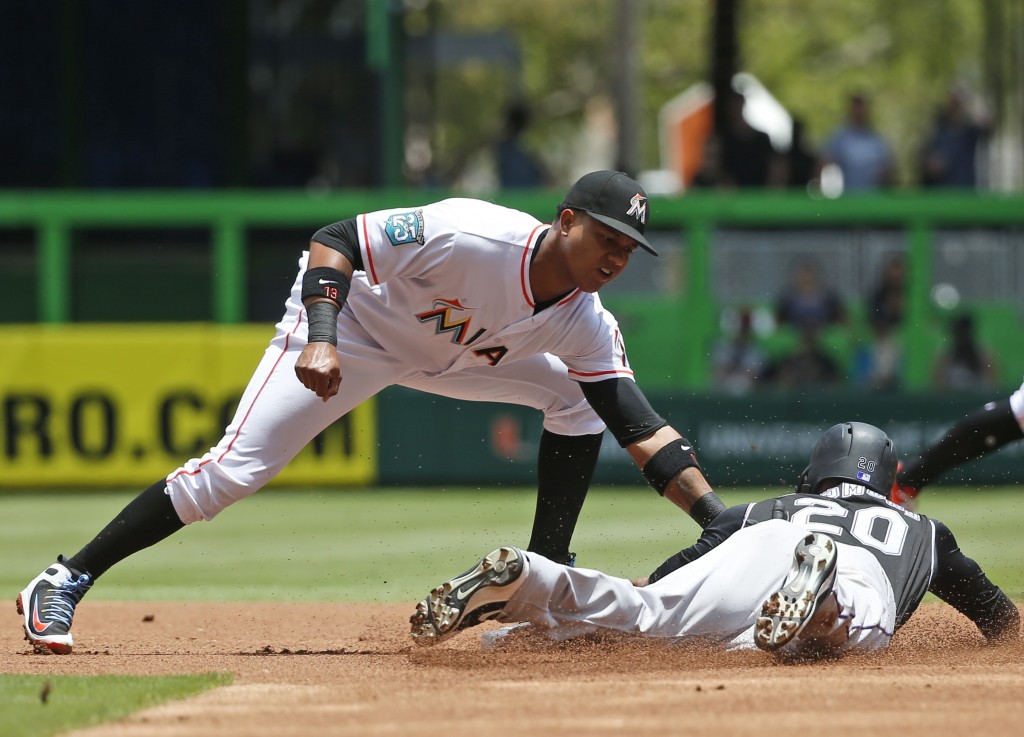 MIAMI (AP) — Miami Marlins left-hander Caleb Smith glanced down at the newly acquired game ball and lineup card in his postgame locker and ranked them No. 1 among all his souvenirs.

The way Smith is pitching lately, there may be more memorabilia ahead.

He delivered his second consecutive impressive start Sunday, allowing two hits in seven innings for his first career victory, and the Marlins took the rubber game of their low-scoring series against Colorado, winning 3-0.

"It feels amazing," Smith said. "I can't put it into words."

Smith (1-3) struck out nine and walked one in the longest outing of his career. In the past two starts he has 19 strikeouts and one walk in 13 innings while lowering his ERA from 6.89 to 4.40.

Two relievers completed a four-hitter. Drew Steckenrider struck out the side in the eighth, and Brad Ziegler pitched the ninth for his third save.

The Marlins outscored Colorado 7-2 in the series, and the Rockies totaled 15 hits in three games.

"I don't think it's time to panic, by any means," Bettis said. "We can bang it out with the best of them."

Miami's starting pitchers were dismal at the outset of the season, but they've held opponents to less than three runs in seven consecutive games.

The rotation is benefiting from reinforcements. Wei-Yin Chen came off the disabled list Saturday to win in his first start since May 1, and Dan Straily is scheduled to return from the DL to make his season debut Monday against Philadelphia.

The Marlins (9-18) won for the fourth time in five games to hike their winning percentage to a lofty .333.

"Early in the season, we were finding a way to lose," manager Don Mattingly said. "To put a couple of series in a row together, that's the only way we're going to ever get marching down the road toward respectability."

The Rockies lead the NL in homers, but their lineup included five players batting under .200, and it showed against Smith.

"We just couldn't get to him," manager Bud Black said. "He was pitching with a lot of confidence, even as the game went on."

The Rockies fell to 7-17 all-time at Marlins Park with a batting average of .215.

Smith's breakthrough victory came in his 15th career appearance, including eight starts. Acquired from the New York Yankees in a November trade, Smith struggled with his control early in the season.

"He would go to his bullpens and throw strikes all day long," Mattingly said. "So we knew there was something going on between the bullpens and the games. It was really just a matter of attacking the strike zone."

Mattingly and his staff stressed to Smith that opponents had a high swing-and-miss rate against him.

"They told me that, and everything started clicking," Smith said. "I was beating myself the first four starts. Now I feel super confident. It's night and day."

Rojas hit his fourth homer in the fourth to make it 2-0. He previously had never hit more than one in a season.

On a sunny, 81-degree afternoon, the retractable roof at Marlins Park was open for the 12th time this year. The record for a season is 14, and the Marlins have three games left in their homestand.

Rockies: 2B DJ LeMahieu (right hamstring) was feeling better but held out for the second game in a row. ... LHP Chris Rusin (right intercostal strain) threw a bullpen session and is expected to be activated during next weekend's series at the Mets.

Marlins: 1B Justin Bour (back spasms) was held out of the lineup for the second day in a row.