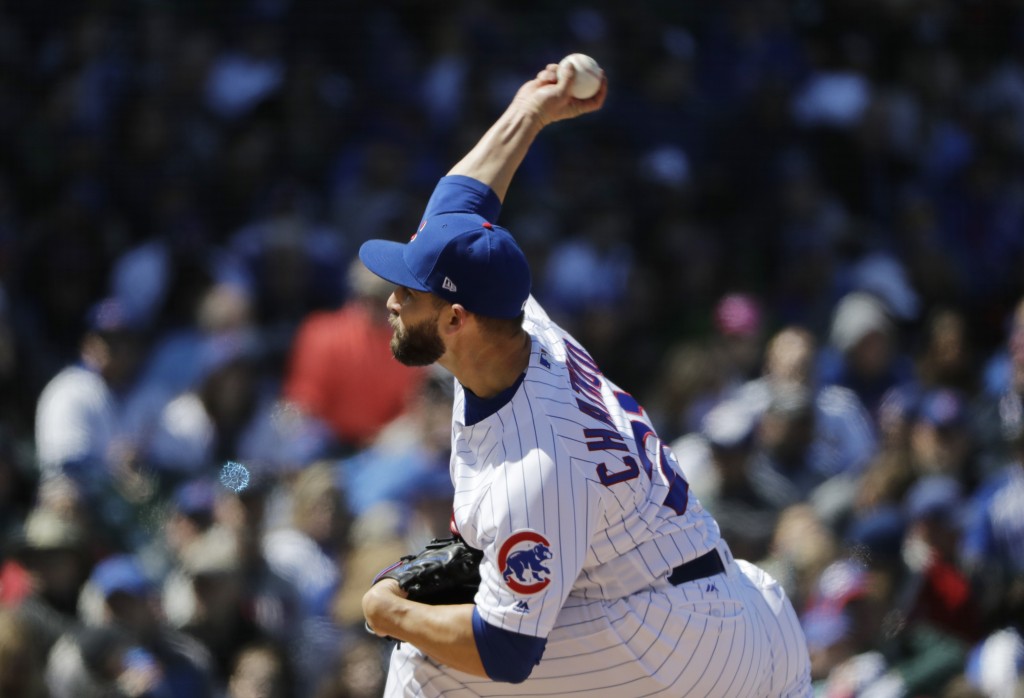 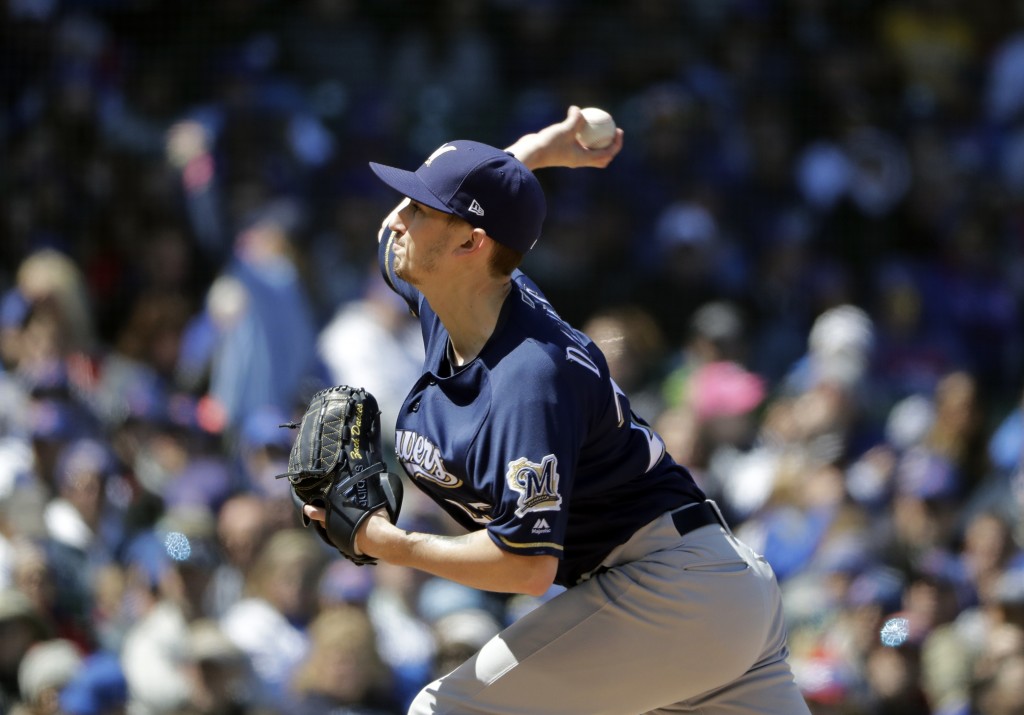 CHICAGO (AP) — Tyler Chatwood pitched seven sparkling innings and helped himself with an RBI single, leading the Chicago Cubs to a 2-0 victory over the Milwaukee Brewers on Sunday and a sweep of the four-game series between NL Central rivals.

Chatwood (2-3) allowed two hits, struck out four and walked three in his second straight win. Carl Edwards Jr. worked the eighth and Brandon Morrow got three outs for his seventh save in seven chances, finishing Chicago's second straight shutout and its fifth just this month against Milwaukee.

The Brewers had won eight in a row before they were held to two runs and 14 hits in the sweep by the Cubs. Chicago's starting pitchers — Kyle Hendricks, Yu Darvish, Jose Quintana and Chatwood — allowed an unearned run and 11 hits in 27 innings in the series.

Addison Russell had two hits, a sacrifice fly and scored a run as the Cubs improved to 7-1 against the Brewers this year and moved a season-high five games above .500.

Zach Davies (2-3) kept Milwaukee in the game for most of the day, but Chicago got to the right-hander for a run in the fifth and sixth.

Russell led off the fifth with a triple into the right-field corner. Davies then struck out Jason Heyward, but Chatwood lined a run-scoring single back up the middle for this first hit of the season.

Davies hurt himself in the sixth, hitting Anthony Rizzo with one out after Chatwood threw one up and in on Lorenzo Cain in the top half of the inning. Rizzo lingered in the batter's box for a bit before going to first.

Willson Contreras followed with a double and Kyle Schwarber was intentionally walked to get to Russell, who drove in Rizzo with a fly ball to center for a 2-0 lead.

Wade Miley is joining Milwaukee's rotation, bumping Brent Suter to the bullpen. The 31-year-old left-hander will make his first start with the team on Wednesday in Cincinnati.

Miley struck out 11 while pitching six scoreless innings for Double-A Biloxi on Friday, and the Brewers had to decide by Sunday whether to add him to the team or allow him to become a free agent.

"We thought he threw the ball very well on Friday night in Biloxi and think he earned that opportunity," manager Craig Counsell said.

Brewers: RHP Jimmy Nelson, who is coming back from right shoulder surgery, has been throwing from 150 feet for a while, but Counsell said the team remains pleased with his progress. "He's not stuck. He's playing catch and he's got to clear hurdles to get to the next step," Counsell said. "Everything's in our eyes going really well."