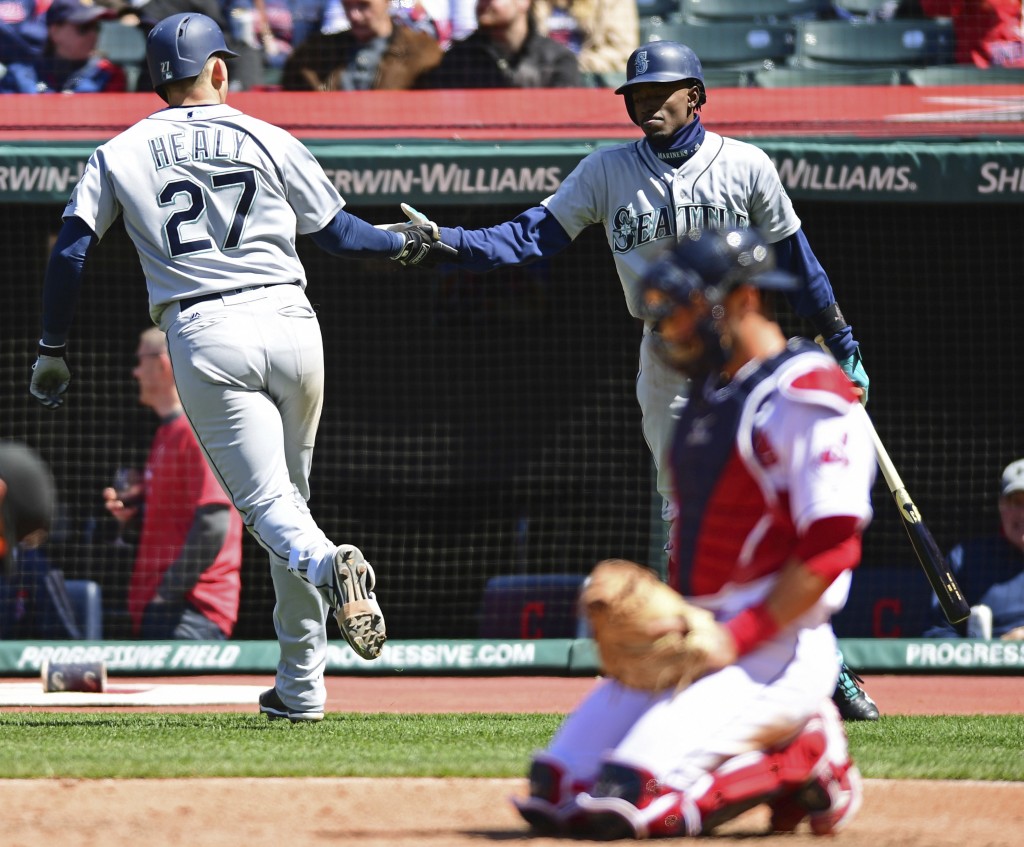 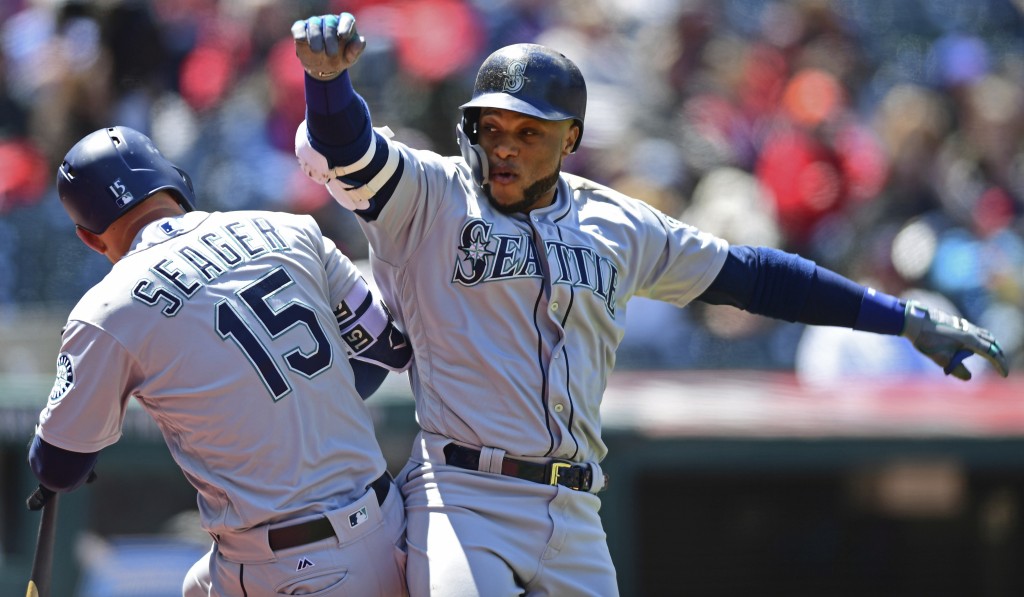 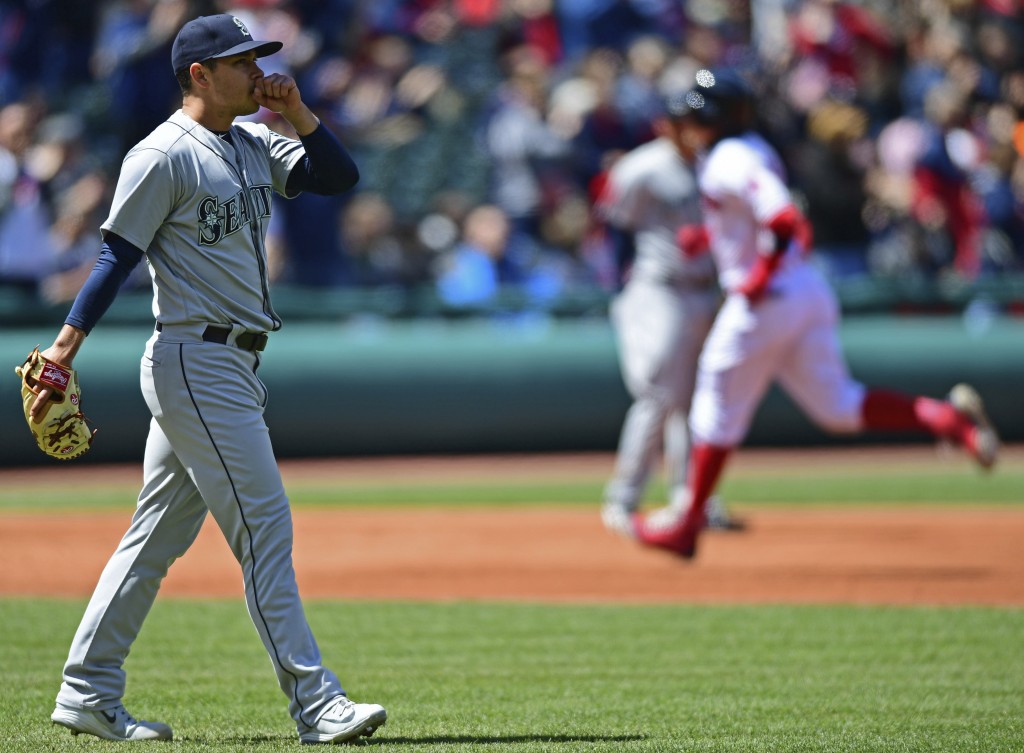 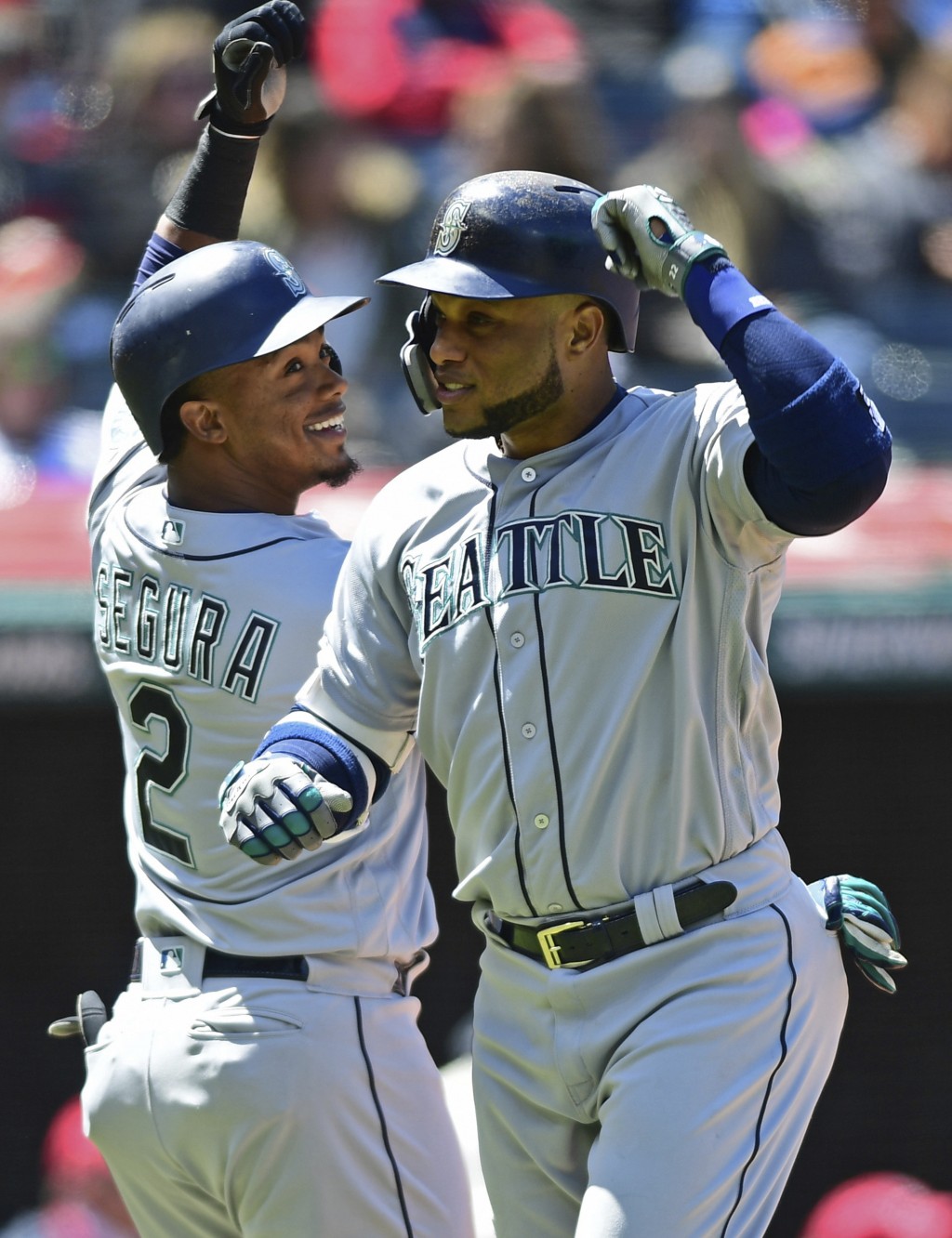 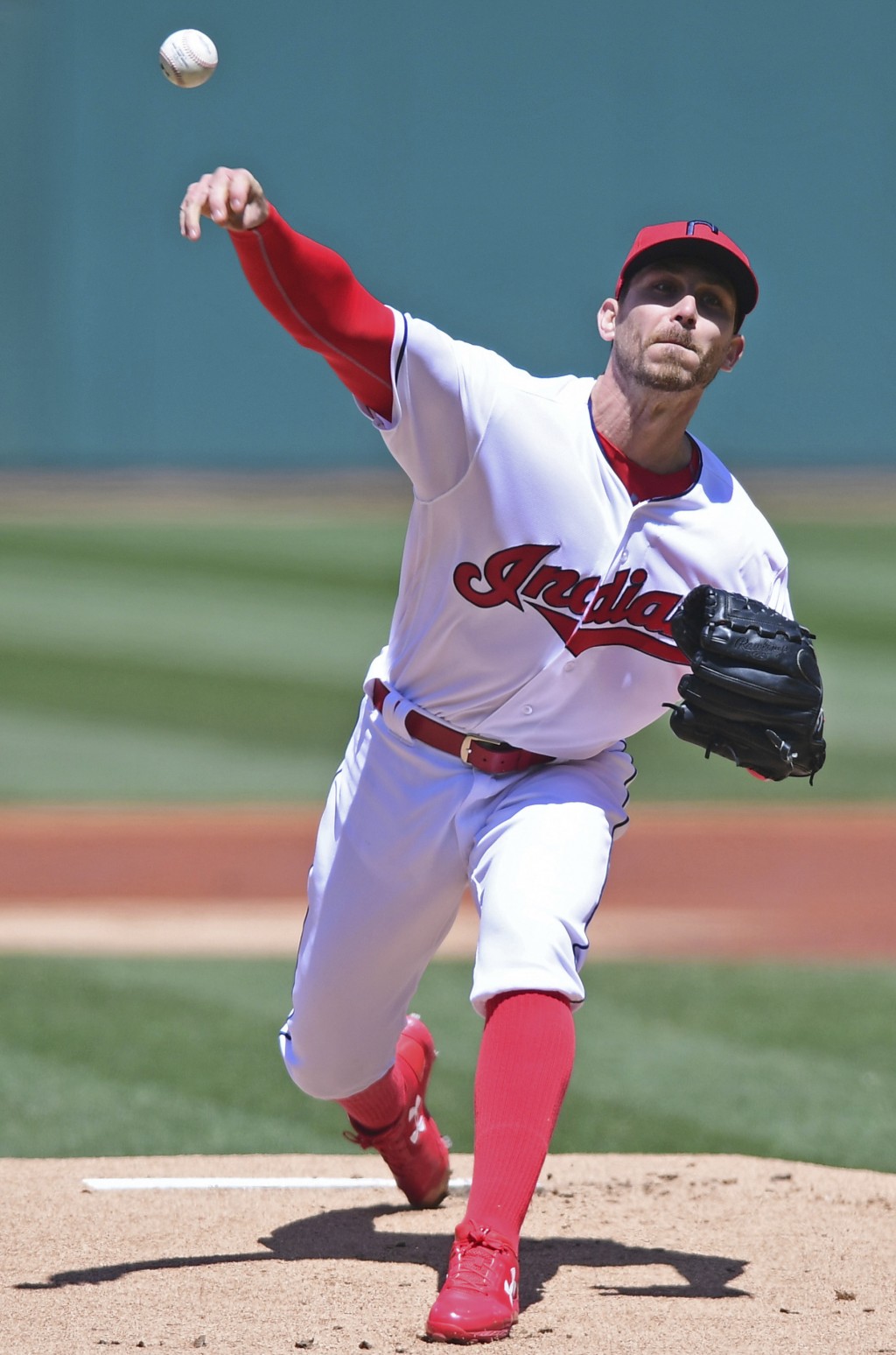 Healy had an RBI double in the second inning, hit a solo homer in the sixth and added a two-run shot in the eighth. Cano hit a two-run homer during Seattle's five-run second.

Haniger's solo shot in the ninth was his 10th, tied for the major league lead. The 27-year-old, third-year player had 21 career homers in 478 at-bats before this season.

Cano's drive to right off Josh Tomlin (0-4), his third homer this year, finished off the big inning for the Mariners, who had four straight two-out RBI hits. Healy, Dee Gordon and Jean Segura drove in runs for a 3-0 lead. Gordon finished with four hits.

Dan Altavilla loaded the bases with two walks and a hit batter while throwing a wild pitch in the seventh, and was replaced by James Pasos. Jose Ramirez was credited with a two-run double after his fly ball to left popped out of Ben Gamel's glove as Gamel tried to make a diving catch on the warning track.

The play was originally ruled a catch, but was overturned after Indians manager Terry Francona challenged the call. Yan Gomes and Jason Kipnis scored. Francisco Lindor, who was on first base, hadn't reached third when the ball was thrown in. He was placed at third after the review.

Pasos speared Michael Brantley's hard grounder to the mound and threw to first for the inning-ending out.

Healy also homered Saturday after being activated before the series following nearly three weeks on the disabled list with a sprained ankle.

Seattle hit 10 home runs in winning three of four in the series. The Mariners reached a season high in runs and hit four homers in Saturday's 12-4 win.

Brandon Guyer hit a two-run homer in the second for Cleveland.

Tomlin's early-season problems continued. The right-hander allowed six runs and 10 hits in six innings, and has given up 10 homers in 18 2/3 innings over five appearances.

Seattle went 7-3 on a trip that included series wins over Texas and the Chicago White Sox.

Mariners: RHP Hisashi Iwakuma, who had shoulder surgery in September, cut short his outing in a simulated game at extended spring training on Saturday. Manager Scott Servais said the 37-year-old might have tendinitis and will be checked by team doctors. Iwakuma signed a minor league contract in the offseason.

Indians: RHP Carlos Carrasco is expected to make his next start after dealing with a stiff back and pitching only three innings Saturday. Francona said Carrasco tripped on the dugout steps taking the field for the third and was removed after the inning.