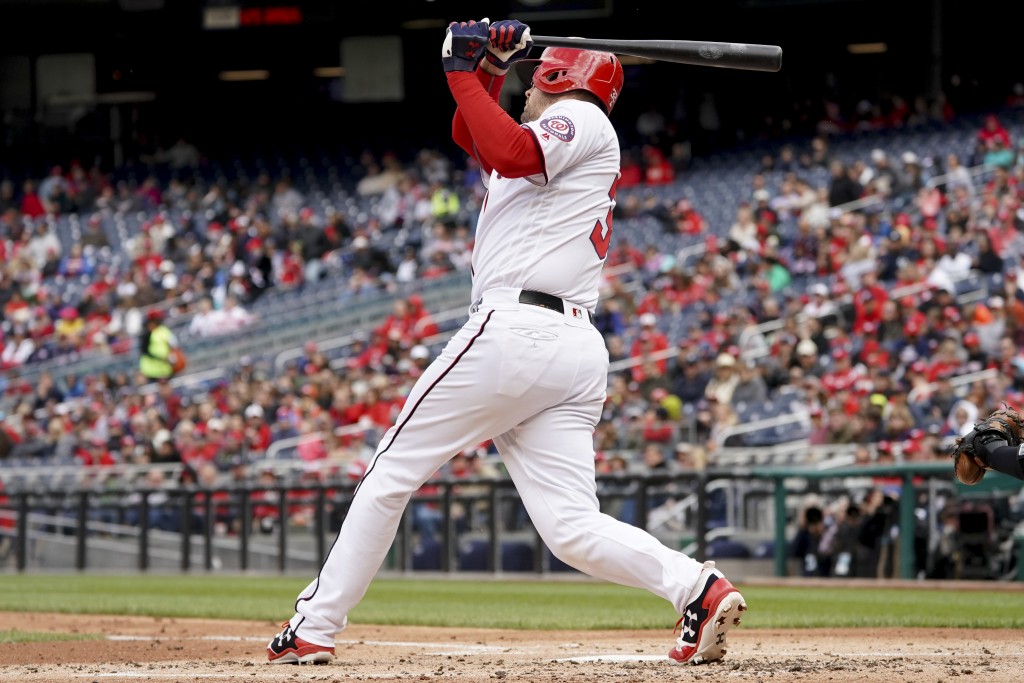 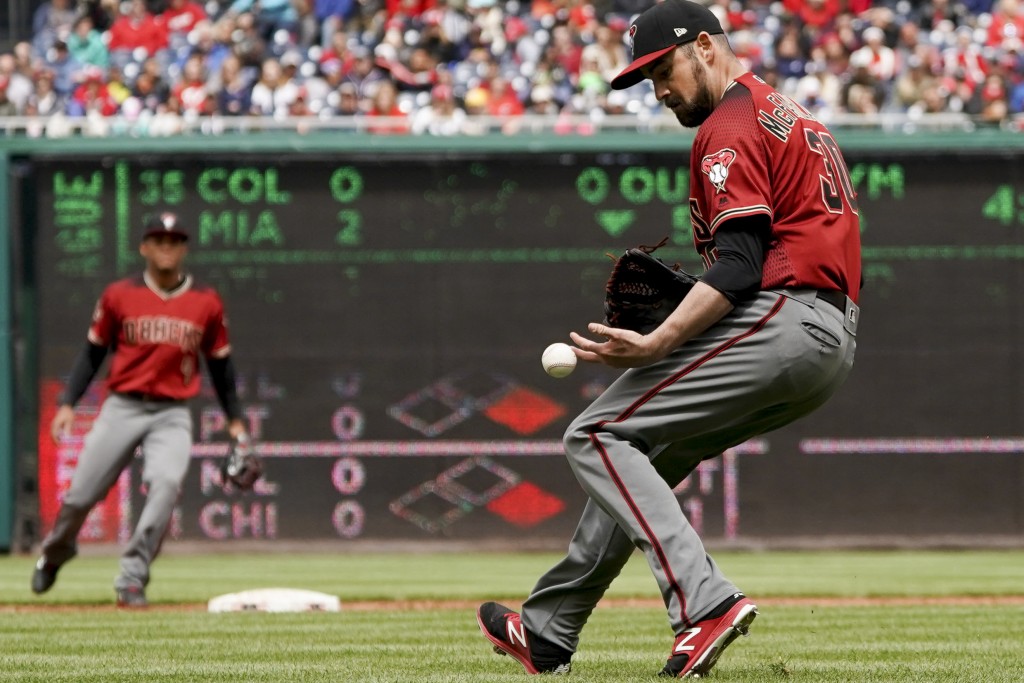 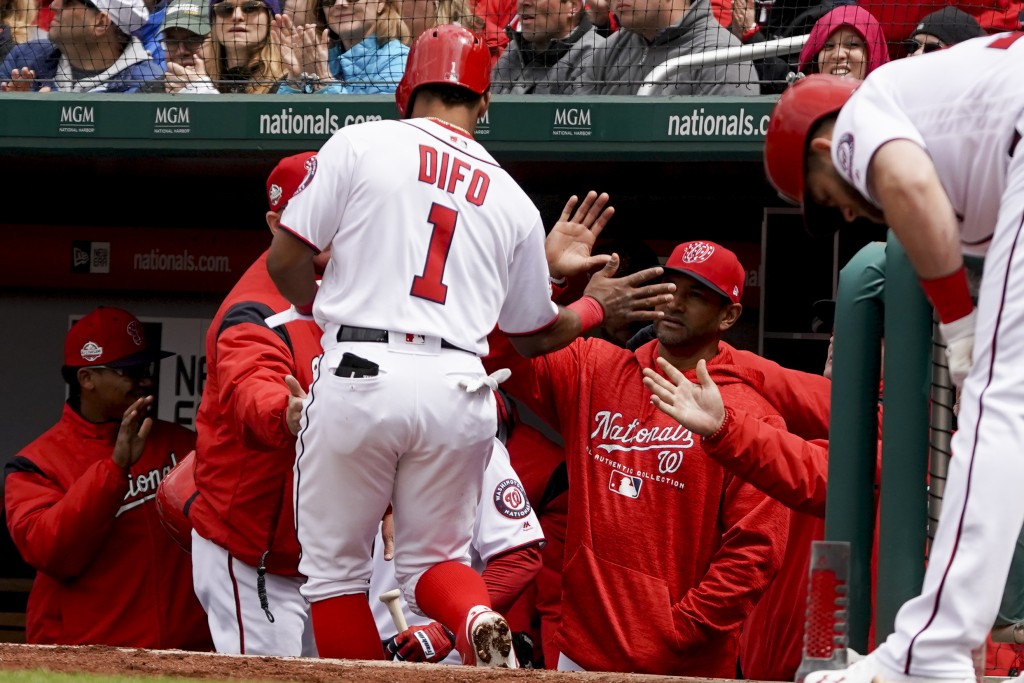 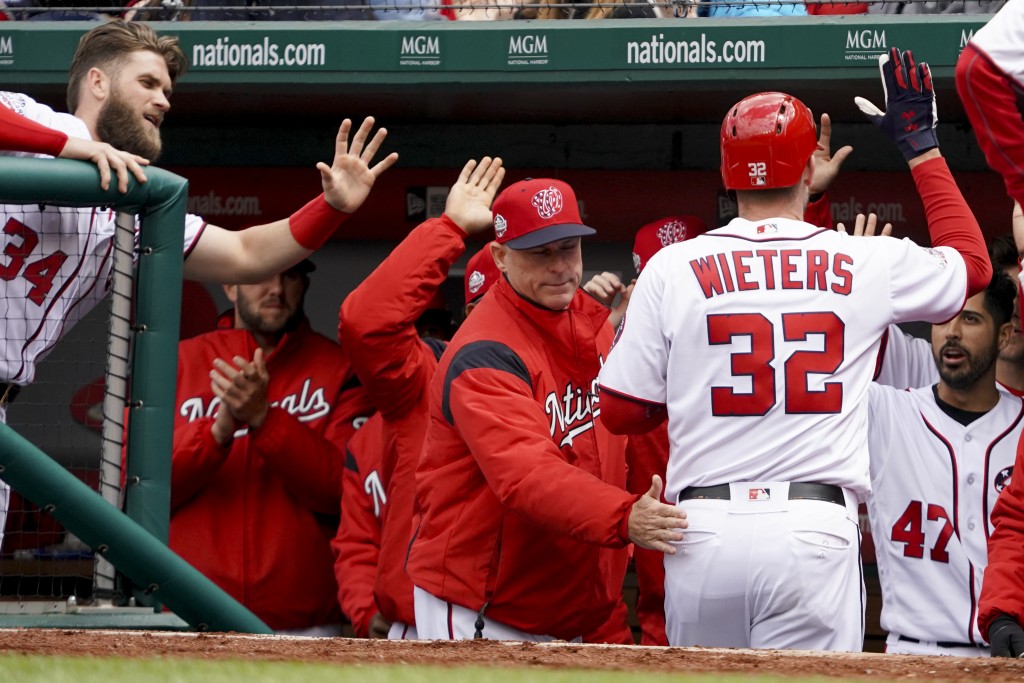 The Diamondbacks lost starter Robbie Ray to a strained oblique muscle in the second inning. He waved to the dugout after throwing a ball to Wieters with one out. Arizona manager Torey Lovullo and an athletic trainer came to the mound, and Ray soon departed. He was replaced by T.J. McFarland, who surrendered a home run to Wieters to give the Nationals a 1-0 lead.

McFarland (1-1) then loaded the bases and bobbled a grounder to allow another run to score. Taylor homered off McFarland with one out in the third inning.

Arizona didn't score off Gonzalez (3-2) until the seventh inning, when it put the first two men on base and pushed a run across on Daniel Descalso's one-out sacrifice fly. But Gonzalez struck out David Peralta for the fourth time to end the threat.

Sean Doolittle pitched the ninth for his fifth save in as many chances for Washington, which had dropped six of its last seven.

Ray allowed one hit and struck out two in 1 1/3 innings.

Washington recalled RHP Austin Voth from Triple-A Syracuse, where he was 1-0 with a 0.96 ERA in four starts. The Nationals optioned RHP Austin L. Adams to Syracuse, a day after Adams walked in the winning run in Saturday's 4-3 loss. Adams has walked three and allowed one hit and no runs in an inning over two appearances.

Diamondbacks: Lovullo said LHP Patrick Corbin had no ill effects from taking a grounder off his pinkie finger in the sixth inning Saturday. "I think we got lucky," Lovullo said. "He's feeling fine." . 3B Jake Lamb (sprained left shoulder) will start a throwing progression Monday. . OF Steven Souza Jr. (pectoral strain) is expected to throw from about 110-120 feet Monday. . RHP Shelby Miller (Tommy John surgery) is scheduled to throw a bullpen session Tuesday.

Nationals: Manager Dave Martinez said 3B Anthony Rendon (bruised toe) took ground balls, ran and swung the bat Sunday but is unlikely to return Monday. It is uncertain whether Rendon will require a minor league rehabilitation assignment before rejoining the active roster.