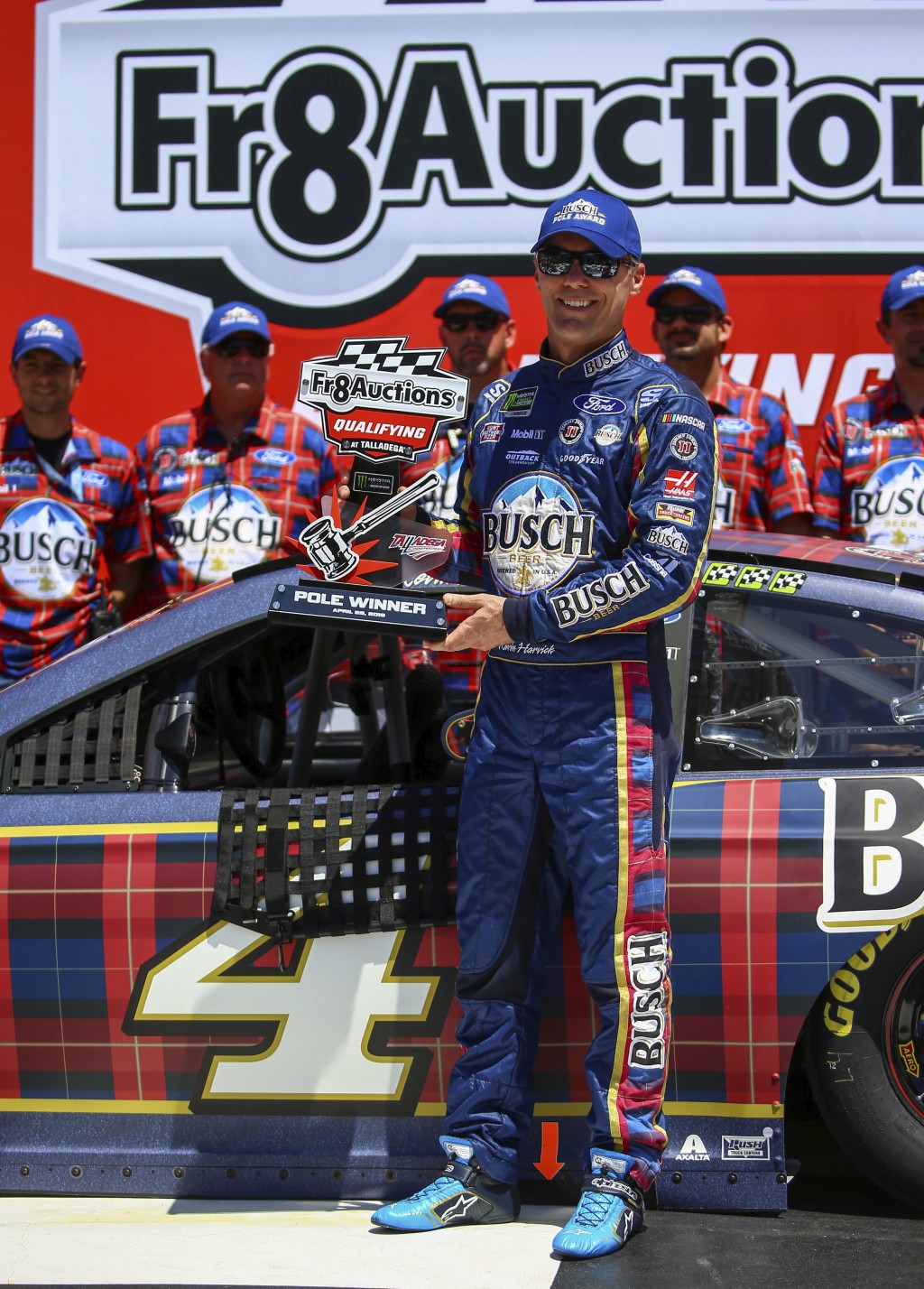 TALLADEGA, Ala. (AP) — The Latest on NASCAR's race at Talladega Superspeedway (all times local):

Jamie McMurray has been in another crash at Talladega Superspeedway.

McMurray rolled his car multiple times in a Friday accident. During Sunday's race, he was collected in a multicar crash that also included his Chip Ganassi Racing teammate Kyle Larson.

The accident happened when Erick Jones drifted into McMurray's lane. Jones said he was fighting a loose car and took responsibility for starting the accident.

Also in the accident was Trevor Bayne, who was told earlier this week his Roush Fenway Racing ride will be shared the rest of the season with Matt Kenseth.

Brad Keselowski has won the opening stage at Talladega in quiet fashion.

The five-time Talladega winner won his fourth stage win of the season.

Pole sitter Kevin Harvick remained in the top 10 at ninth.

Drivers spent much of the stage in single file, a rarity for the tri-oval. Also something of a rarity: There weren't any wrecks.

Kyle Busch is seeking his fourth consecutive win, which only eight drivers have managed in NASCAR's modern era dating back to 1972. None counted a win at Talladega in their streak.

Kevin Harvick started Sunday's race at Talladega Superspeedway on the pole as he seeks his fourth victory of the season.

Lined up next to Harvick is teammate Kurt Busch. The Stewart-Haas Racing Fords appear to be as strong as they were in the season-opening Daytona 500. Busch is seeking his first Talladega win.

Daytona and Talladega are the only two race tracks in NASCAR where the series requires horsepower-sapping restrictor plates. The size of those plates was changed on Friday after Jamie McMurray rolled multiple times in an accident during a practice session.

Harvick and Kyle Busch are tied with a series-best three victories. Ricky Stenhouse Jr. is the defending race winner and Austin Dillon won the Daytona 500.