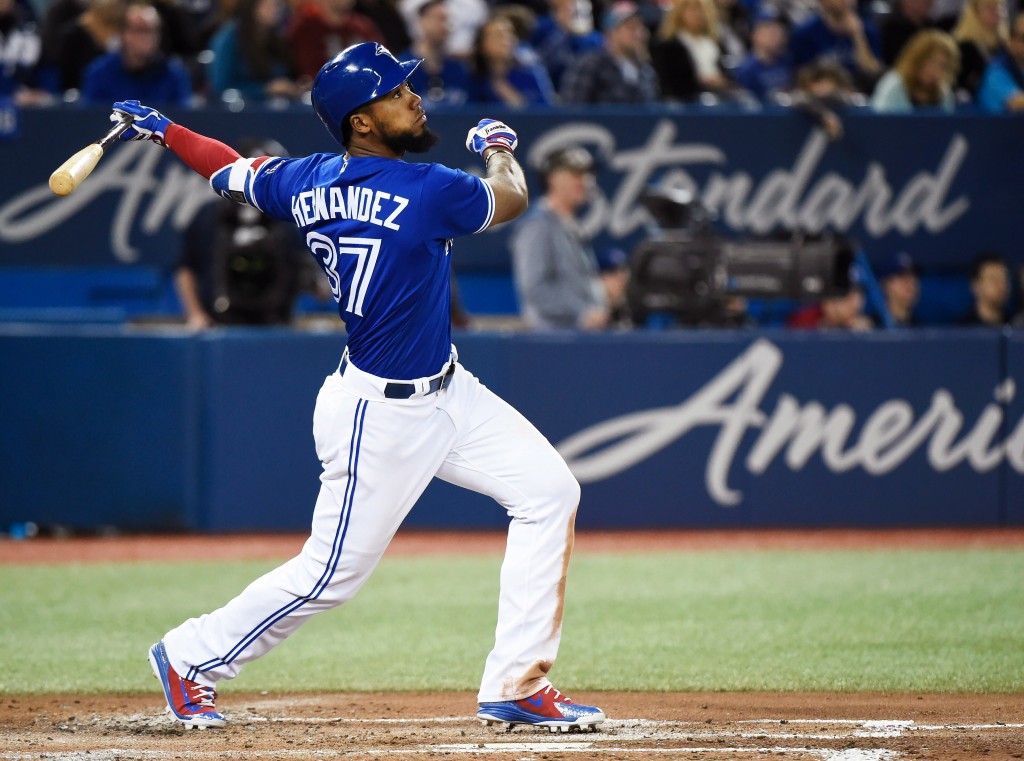 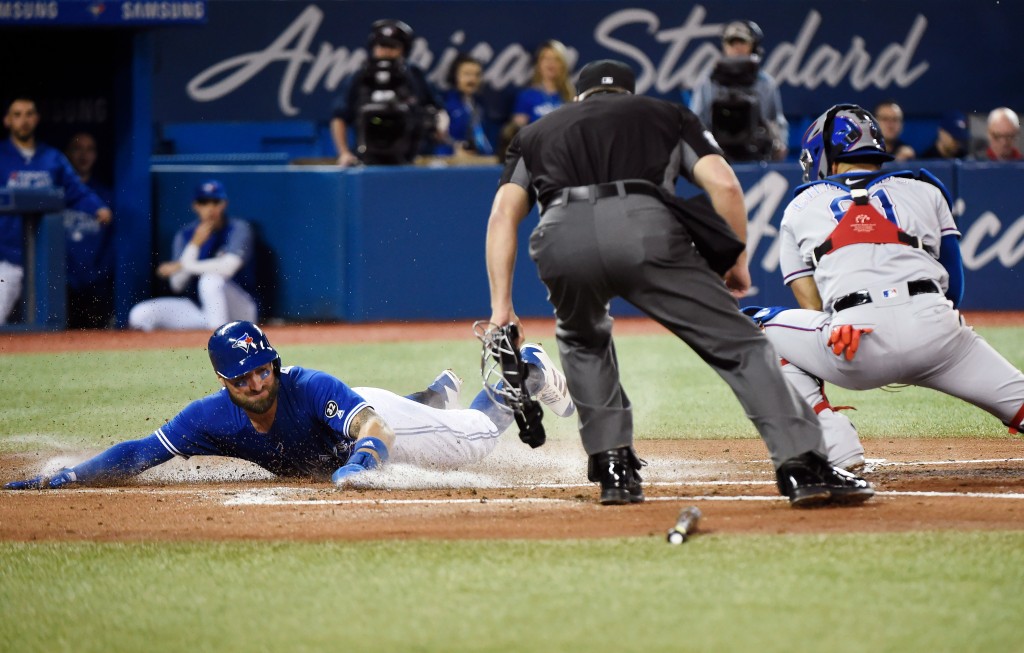 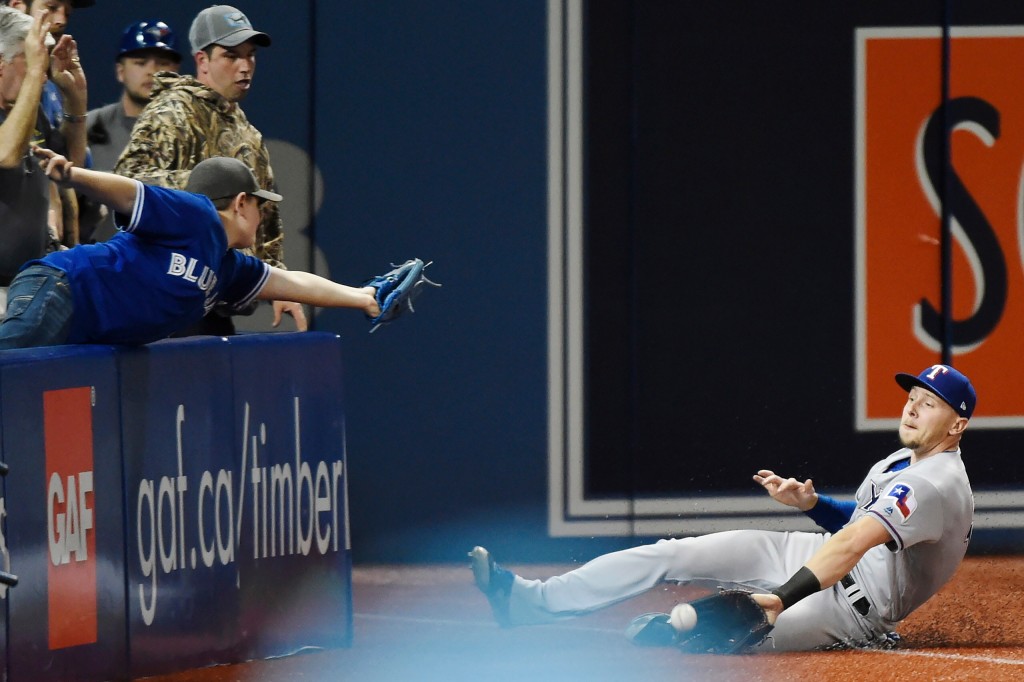 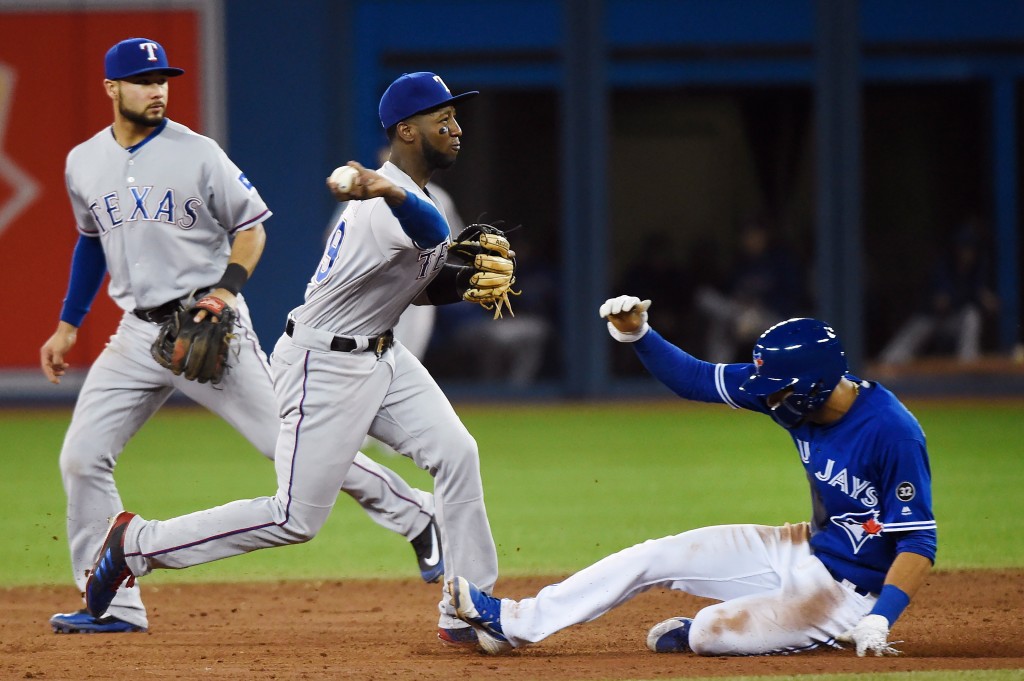 Teoscar Hernandez and Yangervis Solarte added solo home runs as the Blue Jays snapped a four-game home losing streak and won for the third time in their past 10. Hernandez reached base three times and scored twice.

Blue Jays outfielder Randal Grichuk made the defensive play of the game, an inning-ending double play in the first. A diving Grichuk managed to cradle Isiah Kiner-Falefa's sinking liner between his forearm and his chest, then threw to second base to double off Delino DeShields.

Kiner-Falefa started a nifty double play of his own to end the fourth. Toronto had the bases loaded when Kiner-Falefa snared Steve Pearce's line drive and stepped on second to double up Lourdes Gurriel Jr.

Happ (4-1) allowed two runs and five hits to remain unbeaten since opening day, a March 29 loss to the Yankees. The left-hander walked none and matched a season-high with nine strikeouts.

Renato Nunez hit his first home run of the season for the Rangers, whose season-high three-game winning streak was snapped.

Pillar, who went deep twice in Saturday's 7-4 loss, made it three homers in four at bats with a leadoff blast in the fourth, his fourth.

All three Blue Jays home runs came off left-hander Martin Perez (2-3), who allowed four runs and five hits in four innings. Perez has failed to reach the fifth in three of his past four starts.

Solarte hit a leadoff homer in the second, his seventh, and Hernandez connected to begin the third, his fourth.

Rangers left fielder Ryan Rua made a sliding catch in foul territory on Aledmys Diaz's fly ball for the final out of the sixth. Toronto challenged but the call was upheld.

Rangers: LHP Cole Hames (1-4, 4.41) starts the opener of a thee-game series at Cleveland. Texas has scored two or fewer runs in four of Hames' six starts. RHP Trevor Bauer (2-2, 2.41) starts for the Indians.

Blue Jays: RHP Aaron Sanchez (1-2, 3.69) started the opener of a three-game series at Minnesota. Sanchez struck out a season-high eight in his last start, allowing two runs over six innings against Boston. RHP Lance Lynn (0-2, 7.71) starts for the Twins.