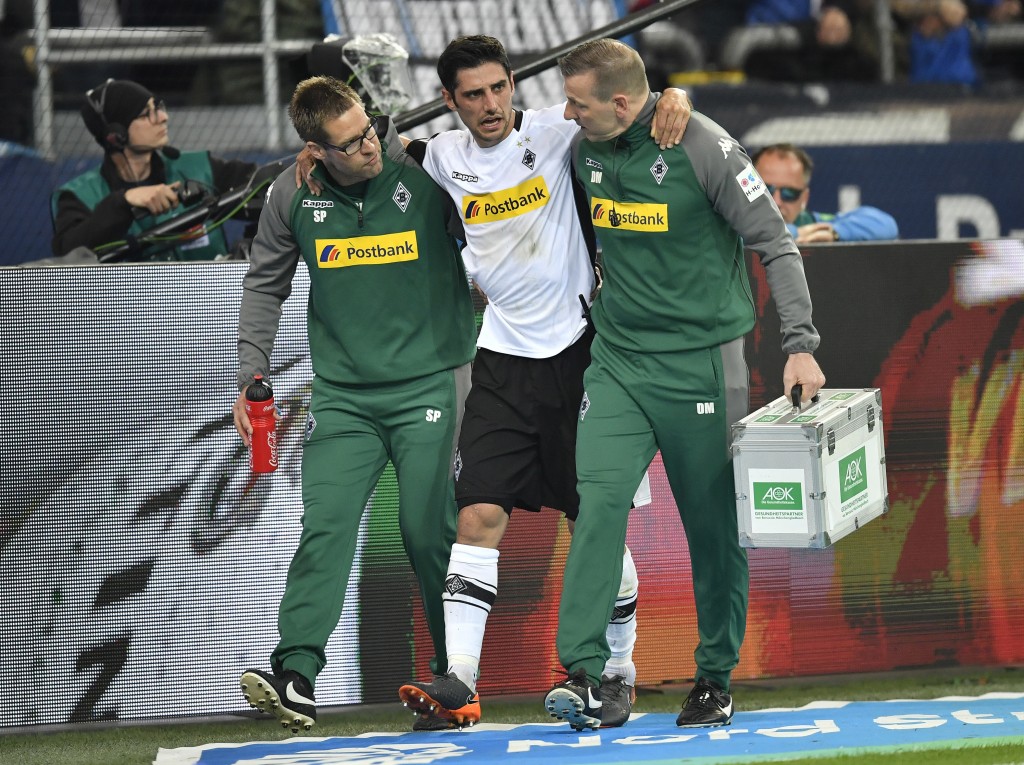 MOENCHENGLADBACH, Germany (AP) — Borussia Moenchengladbach captain Lars Stindl has been ruled out of the World Cup for Germany due to a left ankle injury sustained in Saturday's Bundesliga 1-1 draw with Schalke.

The club says Stindl has been diagnosed with capsule and ligament damage, and will undergo an operation during the week. The 29-year-old German will be out for around three months.

"To suffer such a bad injury at this point in the season is very hard," Stindl says. "On the one hand I can't help my team at the important season finale, and on the other, my World Cup dream is also over."

Stindl has four goals in 11 appearances for Germany. He last played in the 1-0 friendly defeat to Brazil in Berlin last month.