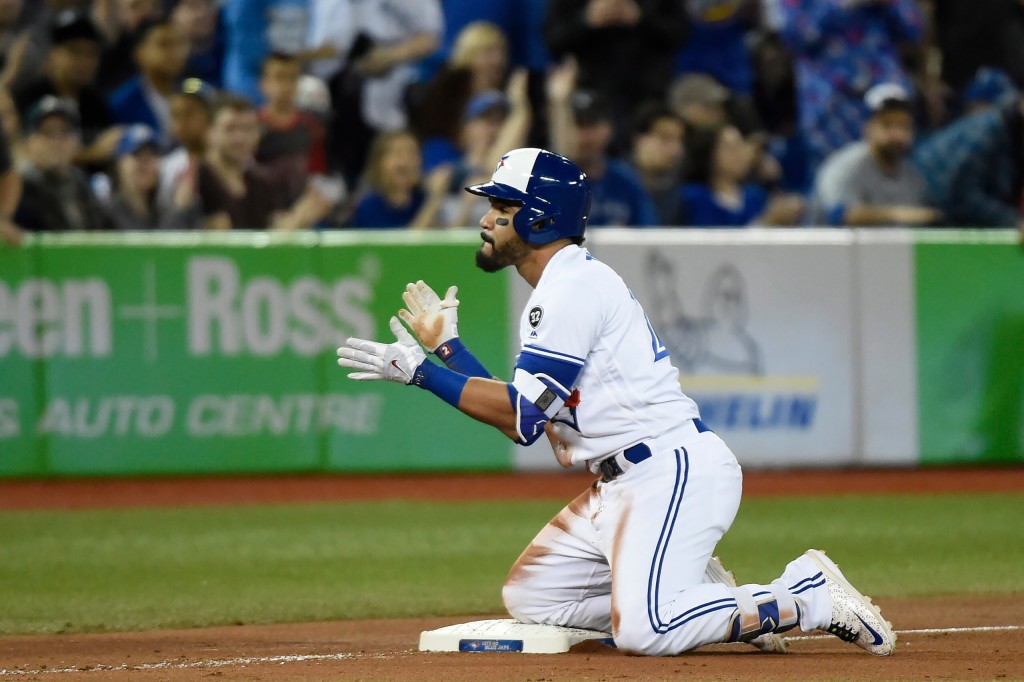 Travis started on opening day and was expected to be Toronto's regular second baseman but has struggled at the plate, batting .148 with one homer and three RBIs in 18 games. He struck out 18 times in 61 at-bats.

Ramirez, a converted outfielder, made his big league debut with the Blue Jays last September, going 0-0 with a 2.70 ERA in 12 games. He was 0-0 with a 6.00 ERA in six games at Buffalo this season.

The Blue Jays added Ramirez on Sunday to bolster their overworked bullpen. Toronto's starters have pitched seven innings or more only three times in 26 games.

Manager John Gibbons said the defensive versatility of rookie Lourdes Gurriel Jr., who can play both middle infield positions, contributed to the decision to keep Gurriel and demote Travis.