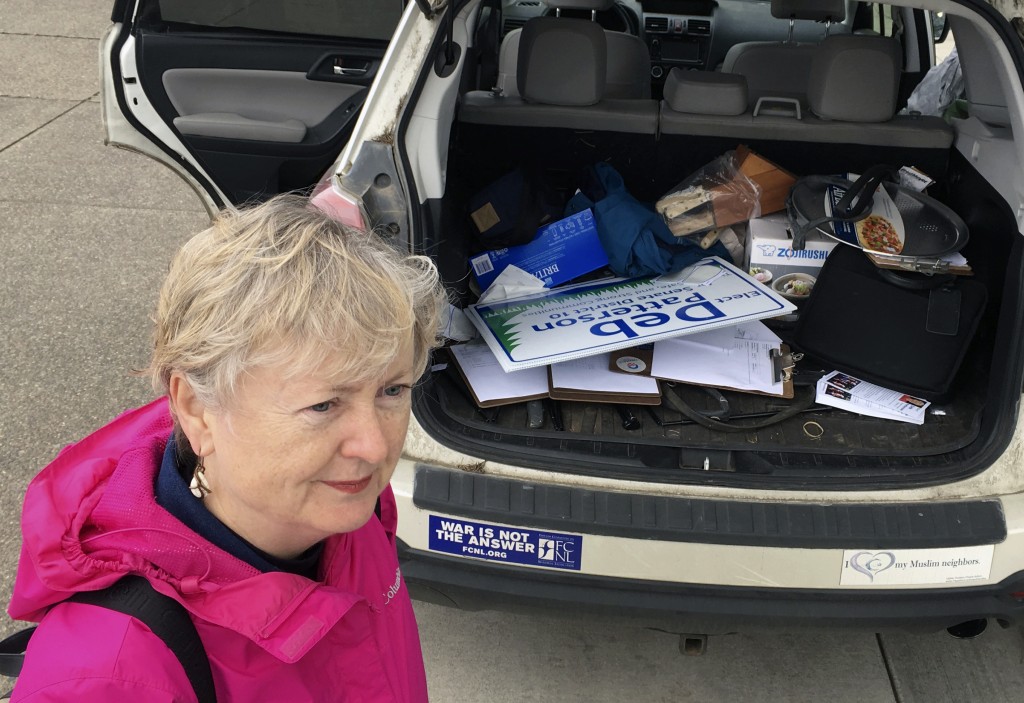 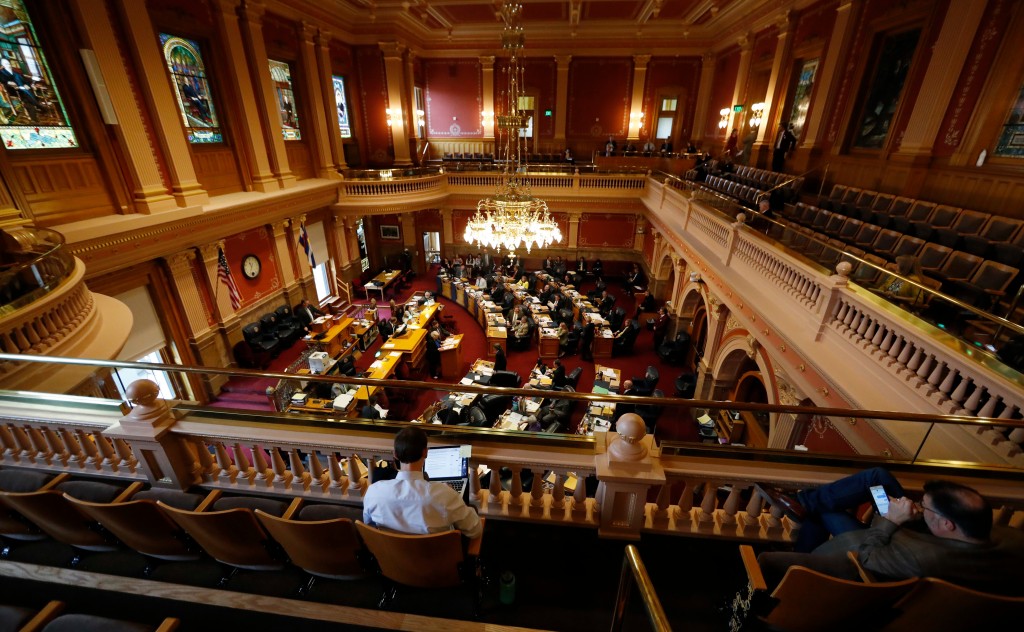 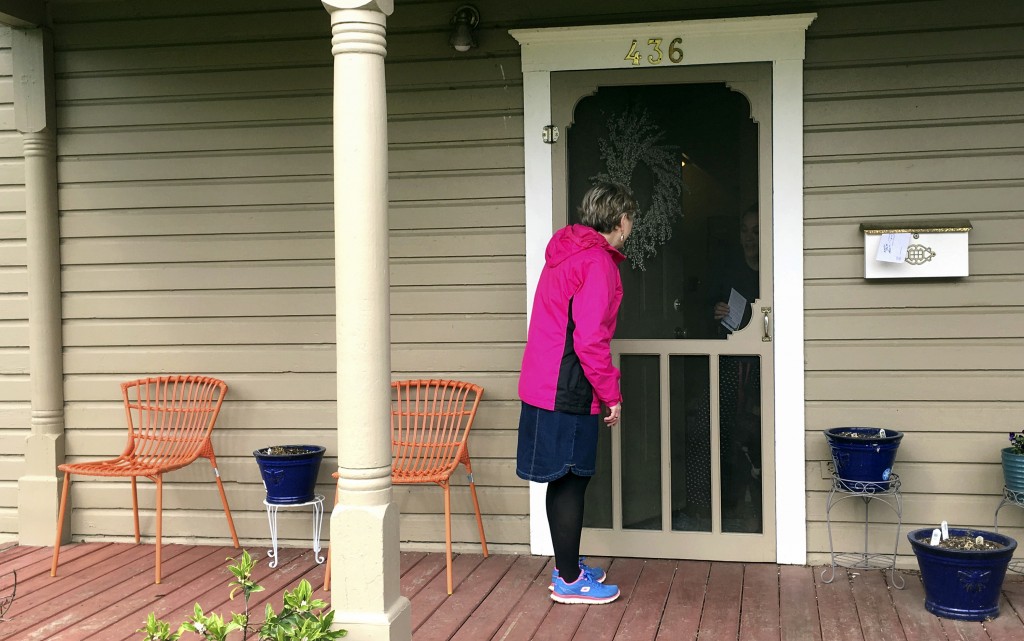 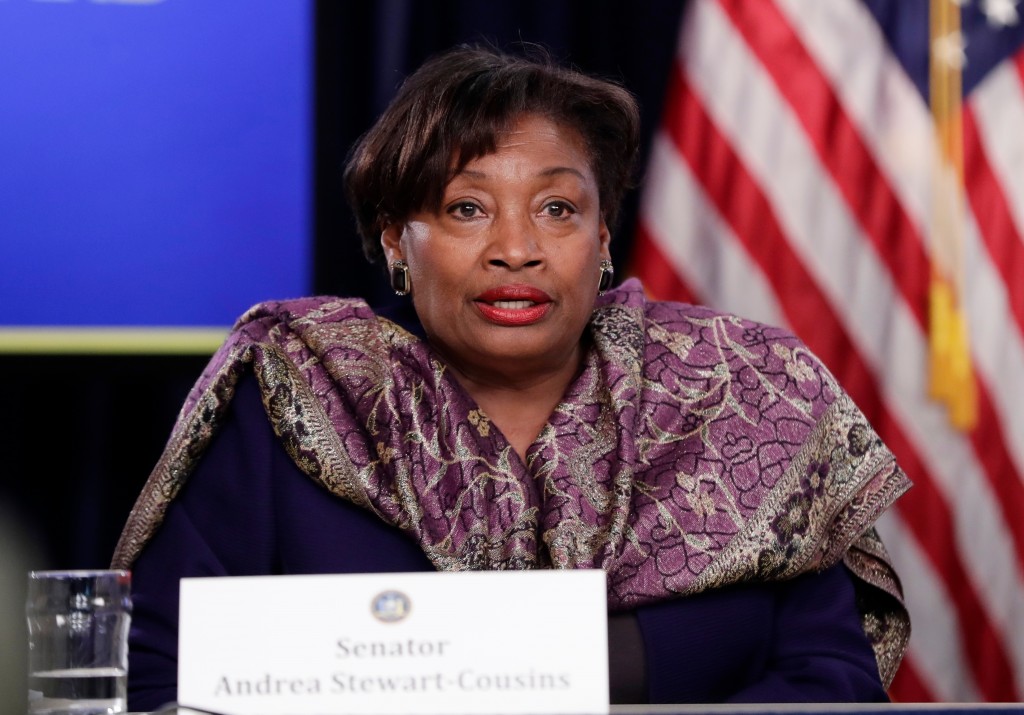 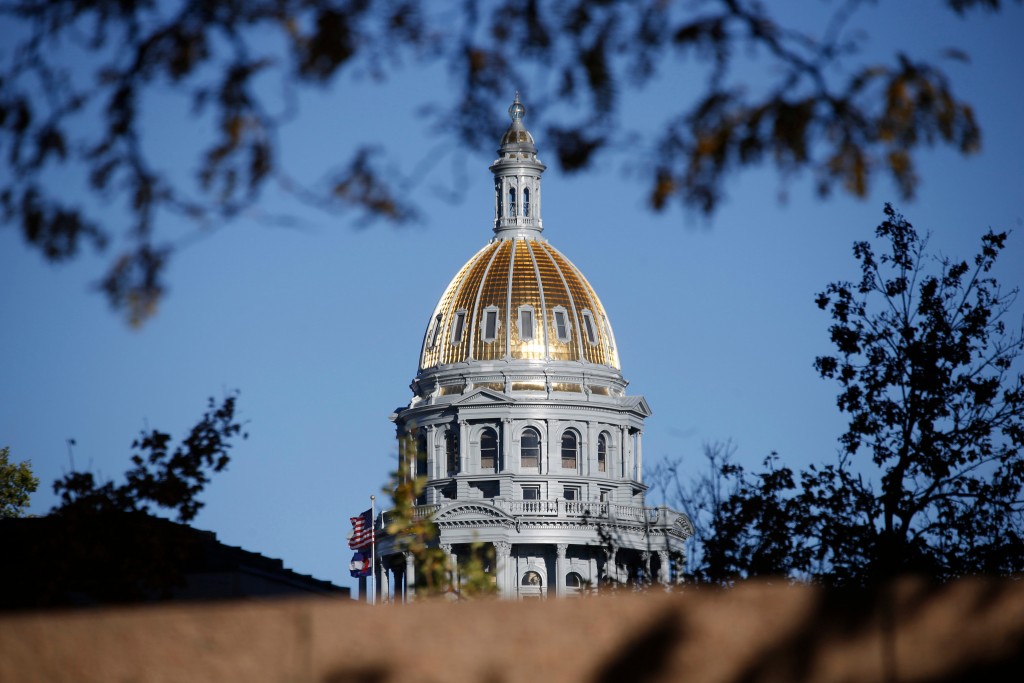 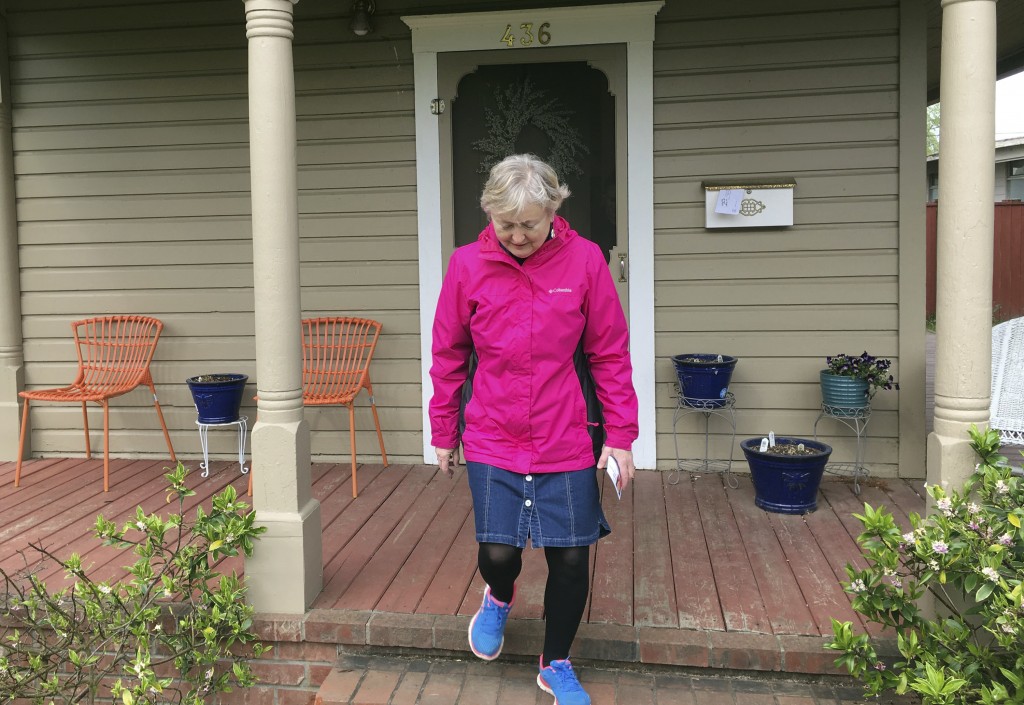 INDEPENDENCE, Ore. (AP) — Unfazed by signs banning soliciting and dogs that barked at her in almost every home she visited, a political newbie knocked on doors, handed out campaign flyers and asked voters to elect her to the Oregon Senate.

Deb Patterson, who canvassed in the riverside town of Independence on a recent Saturday, hopes to win the May 15 primary and unseat four-term Republican Sen. Jackie Winters in November. A win could propel Democrats into a "supermajority" in the Legislature, with the ability to increase state revenue without Republican support.

Democrats buoyed by anti-Trump political activism want to wrest control of legislatures from Republicans, but they're also striving to tighten their hold in states where they have an edge — or where control is split — in order to pass legislation ranging from gun control to health care and from taxation to campaign finance reform.

Republicans also consider these states battlegrounds. In Oregon, a political action committee called No Supermajorities has received a $5,000 contribution from Koch Industries, the Kansas-based energy conglomerate of billionaire brothers Charles and David Koch who advocate for conservative causes.

"If even one Republican loses re-election in November 2018, there is no telling what kind of new taxes Democratic leaders might push through," the PAC's website proclaims.

A supermajority is a level that exceeds the threshold to produce a majority.

In Oregon, Democrats need just one more seat in the Senate and one in the House to reach a three-fifths supermajority in both chambers. That would give them a better shot at increasing corporate taxes in a state where corporations pay one of the lowest rates in the nation.

"We continue to have a pattern where families pay more into the tax system to support state services than do corporations and businesses," said Jeanne Atkins, chair of the Democratic Party of Oregon. "With a supermajority maybe there's a better chance, but of course the devil is always in the details."

Atkins called Patterson "a serious candidate" who's among those who might take seats from Republicans.

Patterson is a pastor at a rural church who has worked as a health care advocate and never held elected office. But after Donald Trump was elected president in 2016 and threatened the Affordable Care Act, Patterson was so upset that she decided to enter politics.

"I'm running for office because the last election took me by surprise, and I realized that people had to get active and get involved," Patterson said after spending a morning knocking on doors. "We have to stand up at the state level to push back against the changes that are coming at the federal level."

Heading into the 2018 elections, Republicans control 32 state legislatures, Democrats 13, and four are split between the parties, according to the National Conference of State Legislatures. Nebraska, unique among U.S. states, is unicameral and officially nonpartisan.

For their part, Republicans hope to snatch seats away from Democrats in November.

"Republicans have proven with the right candidate and right policies they can win in historically adverse areas," said David James of the Republican State Leadership Committee.

In New York, Democrats dominate the state Assembly. On Tuesday, they won two Senate seats in special elections, leaving them one short of controlling that chamber. In theory they have a one-seat advantage, but a Democrat consistently sides with Republicans. If Democrats gain another Senate seat in November, they can more easily push liberal priorities like gun control, advance voting and campaign finance reform.

Sen. Andrea Stewart-Cousins, leader of the Senate Democrats, said of Tuesday's elections: "These electoral wins are part of the 'blue wave' sweeping our state and nation which will help even more Senate Democratic candidates win in the upcoming general election."

In Colorado, Democrats control the House and are one seat away from flipping the Senate. If they succeed, and hang onto the governorship, health care would be a priority, with single-payer or Medicaid for all at the top of the agenda. They would also try to strengthen gun control legislation and undo several constitutional amendments that severely restrict spending.

The national Democratic Legislative Campaign Committee is also targeting other key chambers like the Maine Senate. Democrats in Maine need only one seat to establish a majority in both chambers - if they maintain control of the House.

"We are harnessing the incredible momentum we've seen from volunteers and activists all over the country and we're mobilizing record numbers of door knockers, volunteers making phone calls, and doing everything we can to elect more Democrats," said Mara Sloan of the campaign committee.

Having a supermajority doesn't always translate into unity, though, as both Democrats and Republicans discovered in Illinois and Kansas.

Illinois Democrats want at least four more House seats to reach the 71 needed to overturn vetoes by the governor. They've had a supermajority in the Senate since 2015. But from 2015-2017, they also had that magic number of 71 in the House, yet had little to show for it because three party members refused to get in lockstep with Democratic House Speaker Michael Madigan.

It wasn't until July 2017, when the Democrats' control slipped to 67 seats, that they managed to break a two-year budget stalemate with Republican Gov. Bruce Rauner by persuading five House Republicans to join them in overriding his veto of an income-tax increase.

Illinois Democrats also diverged on social issues. For instance, some Democratic senators voted against a plan to set up a state licensing system for firearms dealers.

In Kansas, a Republican split emerged last year as the GOP-controlled Legislature sought to roll back income tax cuts enacted by Republican Gov. Sam Brownback in 2012 and 2013. The cuts resulted in the state not having enough money because tax revenues fell and promised economic gains didn't make up the difference. Conservative Republicans blasted the proposed rollback as a tax hike. Still, it passed, Brownback vetoed it, and lawmakers overrode the veto.

In many legislatures, Republicans have used their clout to cut taxes, limit union powers and expand school-choice initiatives.

It's a blueprint that shows Democrats can push their own agenda if they consolidate power in these states.

"I am feeling good about progressives' chances on the ballot this fall," Oregon Gov. Kate Brown said.