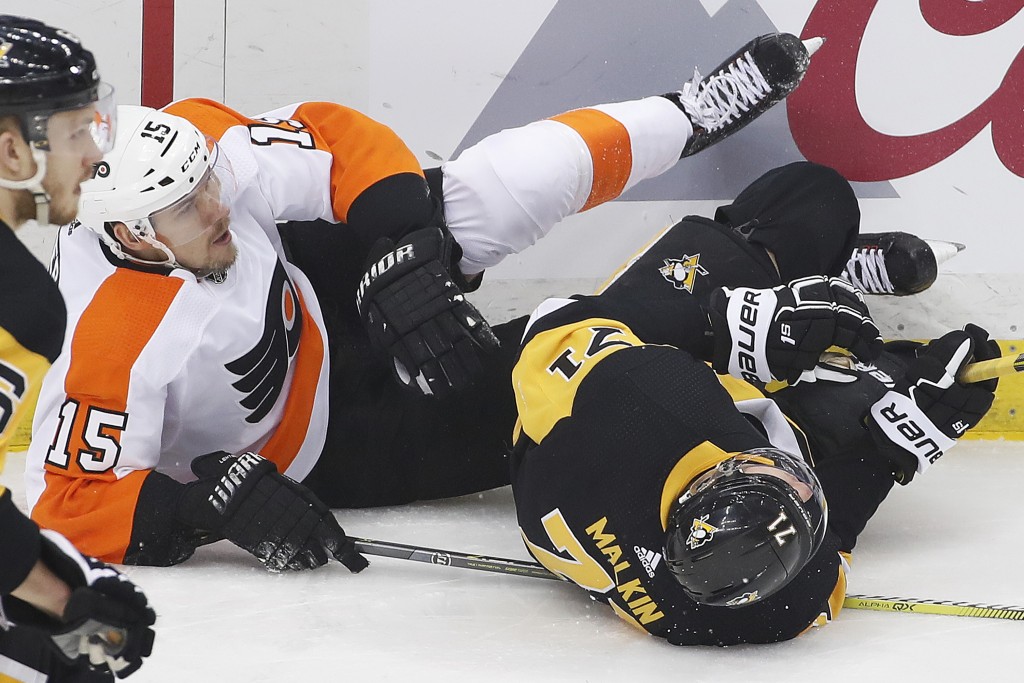 WASHINGTON (AP) — Injured star Evgeni Malkin will not play for the Pittsburgh Penguins in Game 2 of their second-round series against the Washington Capitals.

Coach Mike Sullivan confirmed about two hours before Sunday's puck drop that Malkin would miss his third consecutive game. Malkin appeared to injure his left leg in Game 5 of Pittsburgh's first-round series against Philadelphia and has not played since.

Malkin had three goals and two assists in five first-round games. He practiced Saturday, and Sullivan said the 31-year-old Russian center could play in Game 3 in Pittsburgh on Tuesday.

With Malkin and winger Carl Hagelin out, Carter Rowney and Dominik Simon remain in the Penguins' lineup. They lead the series 1-0.