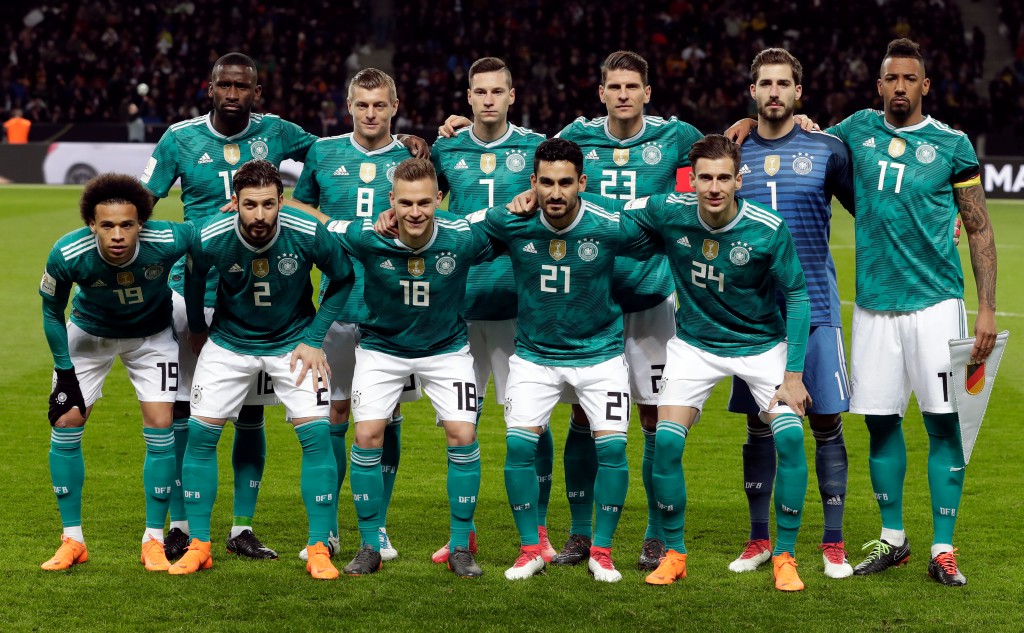 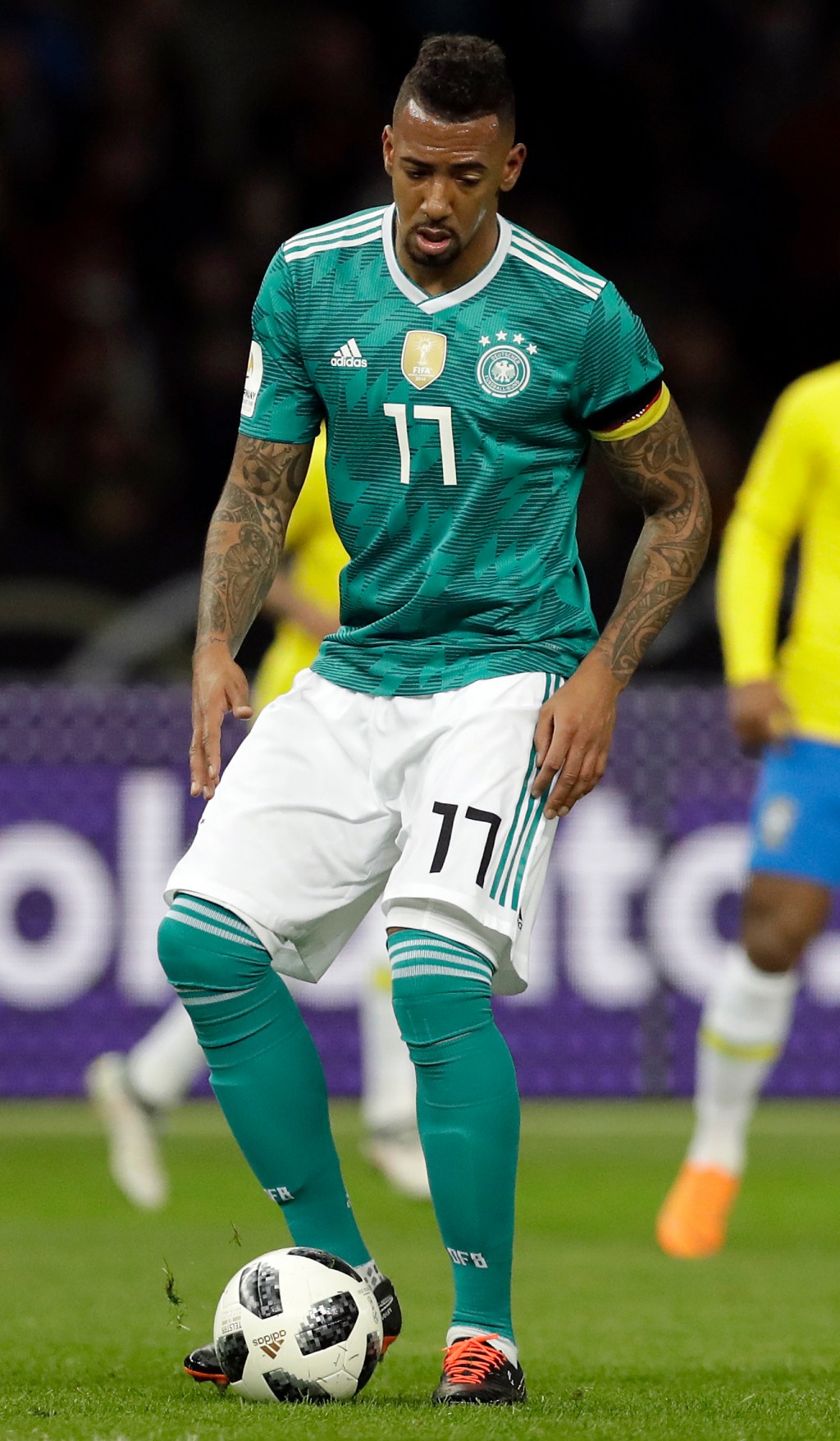 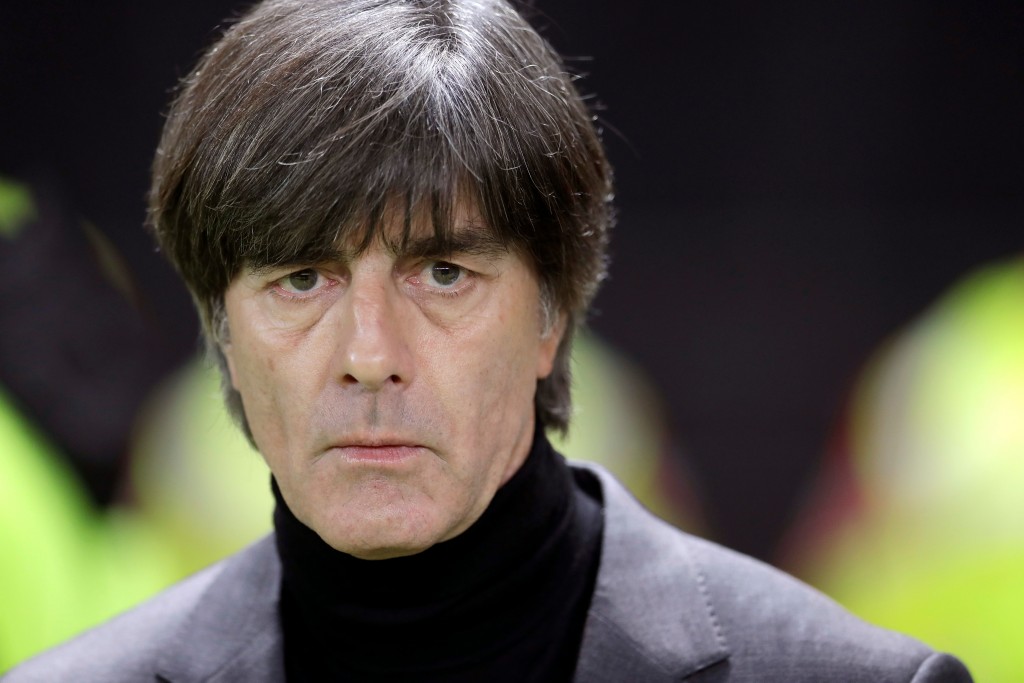 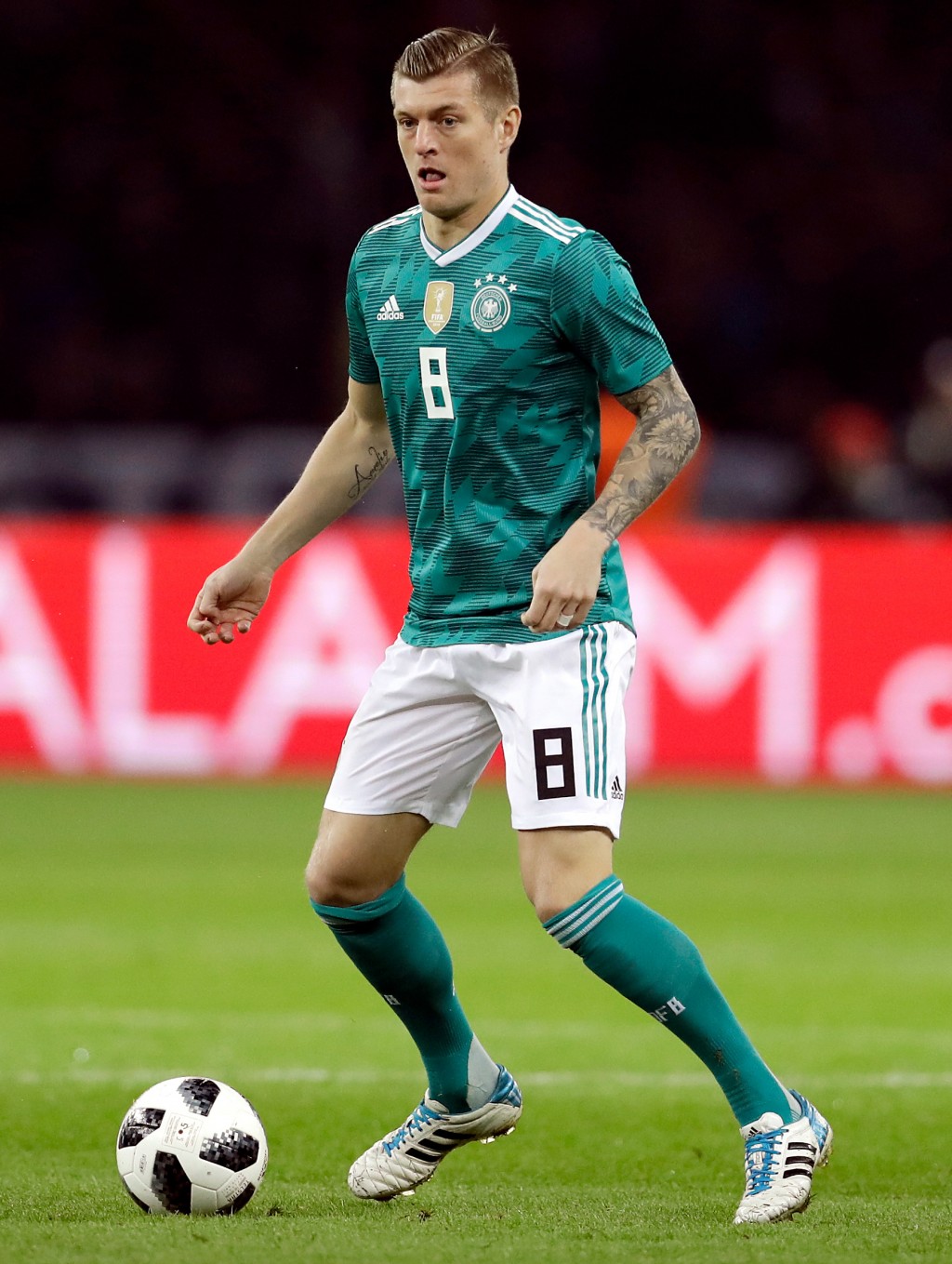 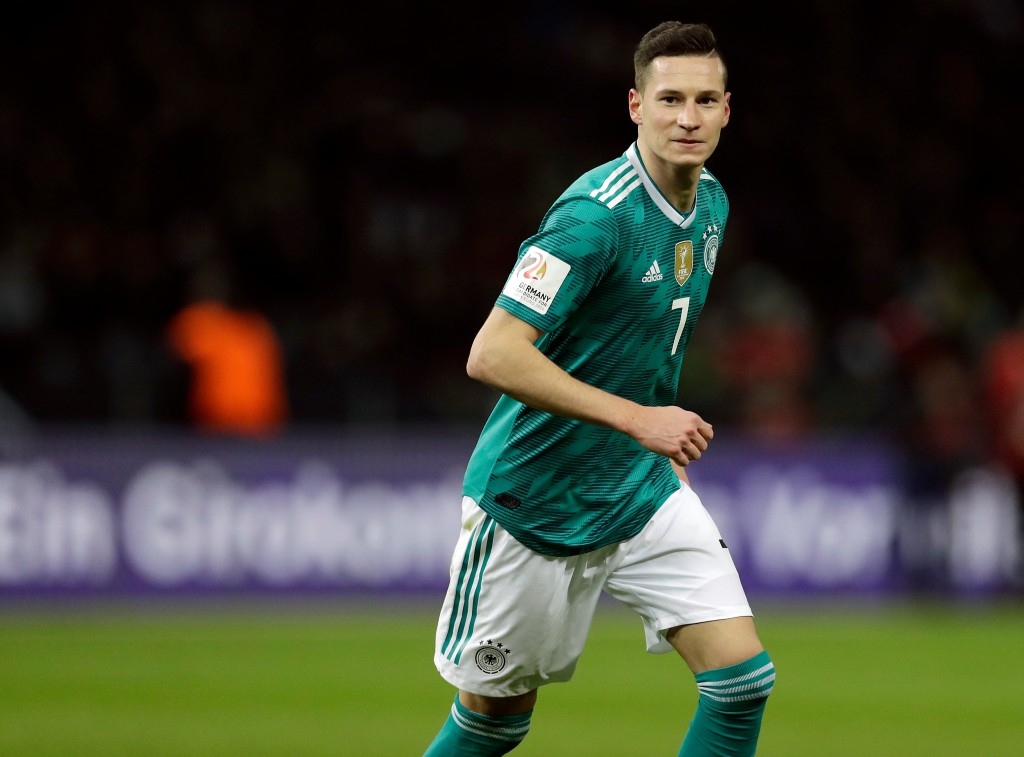 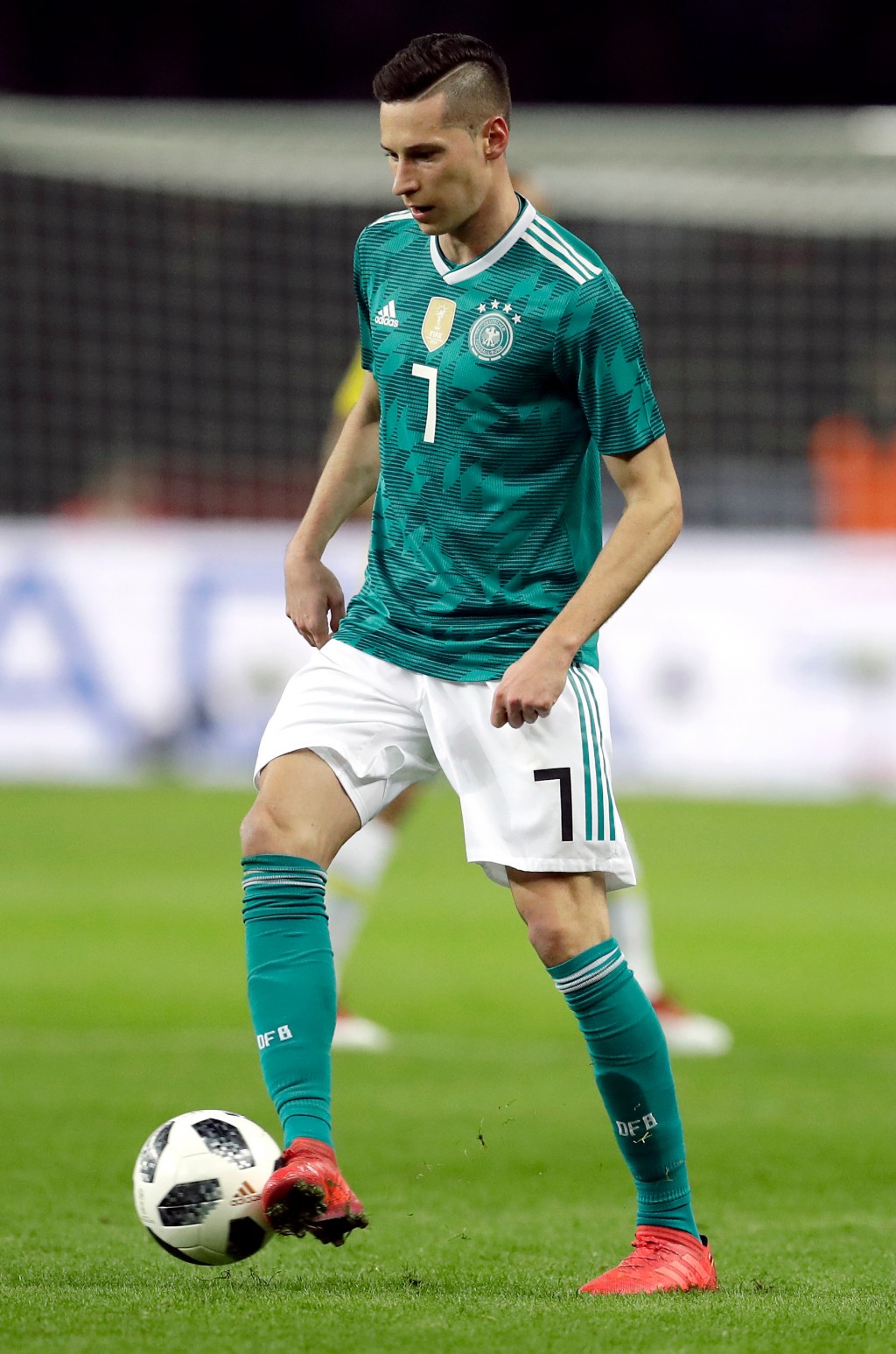 BERLIN (AP) — Germany coasted through World Cup qualifying with 10 wins out of 10 and a European record 43 goals. Then the problems began — and a reality check.

The World Cup holders haven't won any matches since qualifying for Russia. After drawing friendlies against England, France and Spain, Joachim Loew's team lost 1-0 loss to Brazil to end a 22-game unbeaten run.

Becoming the first team since Brazil in 1962 to defend their World Cup title now looks even trickier for the Germans.

"We're not as good as we're made out to be, or as some think we are," midfielder Toni Kroos said. "There's huge room for improvement."

The recent slump in friendly matches could be a blessing in disguise if it eradicates any complacency going into the World Cup.

The first task for Loew's side will be to top Group F to avoid a likely second-round clash against Brazil.

Here's a closer look at the Germany team:

Loew was assistant coach to Juergen Klinsmann during Germany's "summer fairytale" hosting of the 2006 World Cup and was promoted to the top job after its third-place finish.

Loew favors a fast-paced possession-based game, pressing opponents to recover the ball and switching quickly from defense to attack.

He has overseen steady progress since taking over, reaching the final of the 2008 European Championship, claiming third place at the 2010 World Cup and reaching the semifinals at Euro 2012 before finally winning a title in convincing fashion at the 2014 World Cup in Brazil.

A disappointing semifinal exit to France at Euro 2016 followed, but Loew laid the groundwork for a successful World Cup title defense by winning the Confederations Cup with a young team of promising talent last year in Russia.

Loew hasn't been afraid to test young talent, and Germany's strength in depth means one of his hardest tasks is leaving players out of the 23-man squad.

Loew also has the unfortunate tendency to find himself in the headlines for other reasons. The 58-year-old has previously apologized after being caught on camera picking his nose or in other compromising positions during games.

The biggest concern is captain Manuel Neuer's fitness. The Bayern Munich goalkeeper sustained a repeat of the hairline metatarsal fracture in his left foot while training last September and hasn't played since.

Marc-Andre ter Stegen could well establish himself as the No. 1 with doubts over Neuer's fitness. The Barcelona goalkeeper has overcome a shaky start to his international career and helped Germany win the Confederations Cup.

Bernd Leno of Bayer Leverkusen and Kevin Trapp of Paris Saint-Germain are also options, while Sven Ulreich has been filling in impressively for Neuer at Bayern.

Bayern defender Jerome Boateng faces a race to be fit with a thigh injury sustained in the Champions League semifinals against Real Madrid in April. Bayern teammate Niklas Suele would be an able replacement to partner Mats Hummels in the center. Another Bayern player, Joshua Kimmich, has emerged to soften the blow of Philipp Lahm's retirement at right back. The modest Jonas Hector will likely keep his place on the left despite Cologne's relegation.

Toni Kroos will be among the first names on Loew's team sheet. The Real Madrid midfielder is the driving force behind the side. He will likely be partnered by Juventus' Sami Khedira, who provides more of a defensive presence, with Mesut Ozil in front, flanked on either side by Thomas Mueller and Marco Reus — if the latter proves his fitness. Reus has been unlucky with injuries and has only recently returned to shine again for Dortmund.

Timo Werner seems sure of his place after another good season for Leipzig, albeit with most of his goals in the first half of the campaign. The 22-year-old Werner has seven goals in 12 international appearances, but it's his runs into space and the problems he causes defenders that benefit the team.

Loew will likely bring one of Mario Gomez or Sandro Wagner as a more experienced option for Werner, while Mario Goetze is another option to play up front if he gets recalled following a disappointing season for Dortmund. Goetze scored the winning goal for Germany to beat Argentina in the 2014 final.

Germany kicks off its title defense near its tournament base in Moscow at the Luzhniki Stadium against Mexico on June 17. The side then faces a long trip south to Sochi for its second game against Sweden on June 23, before wrapping up Group F against South Korea in Kazan four days later.