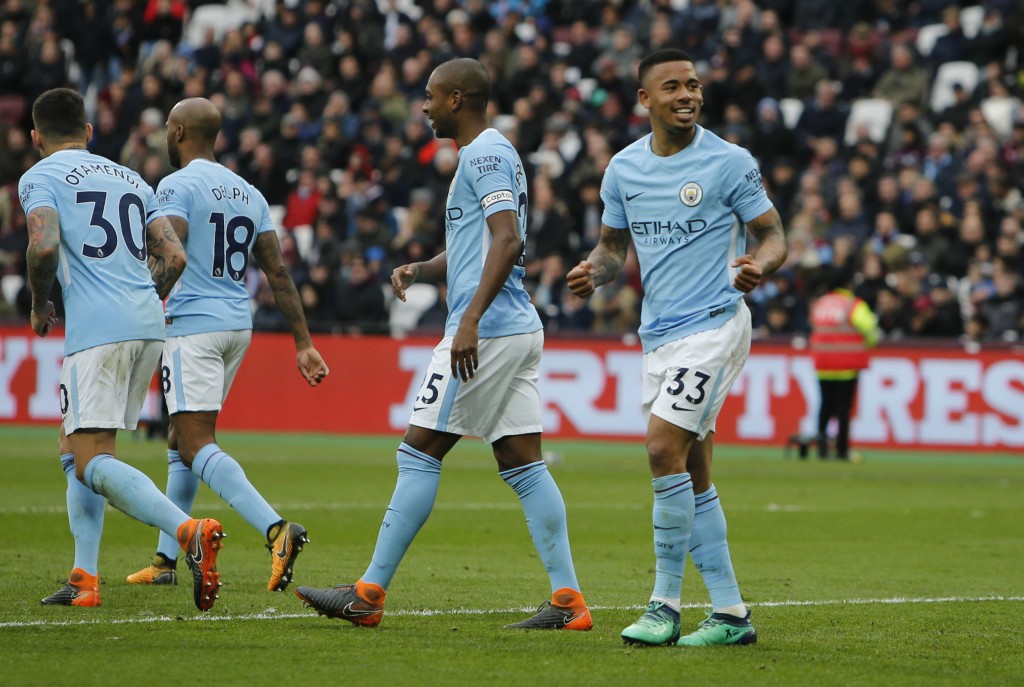 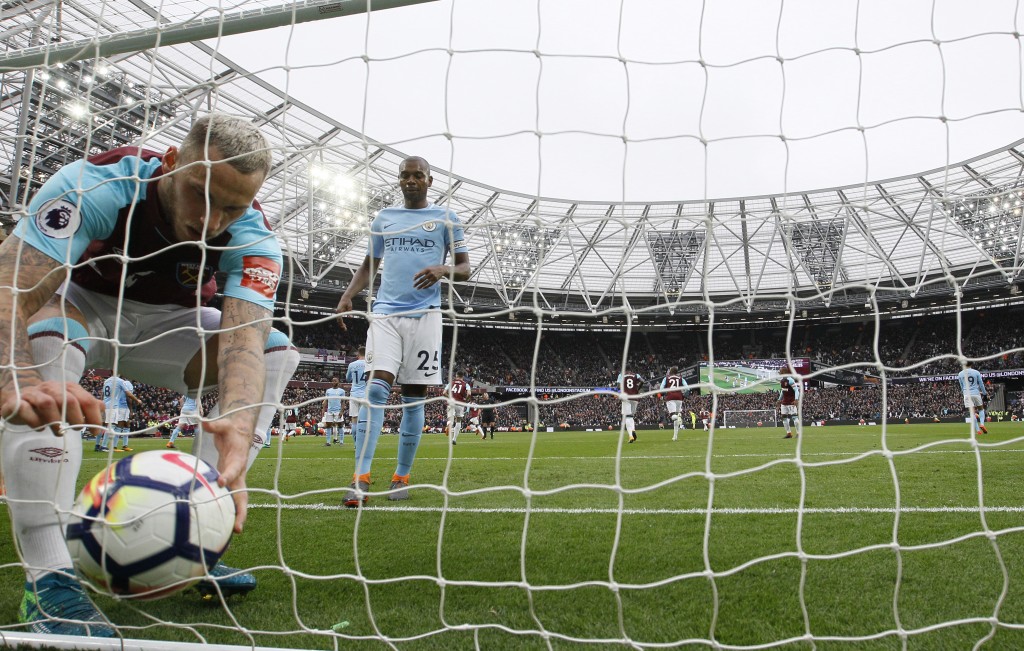 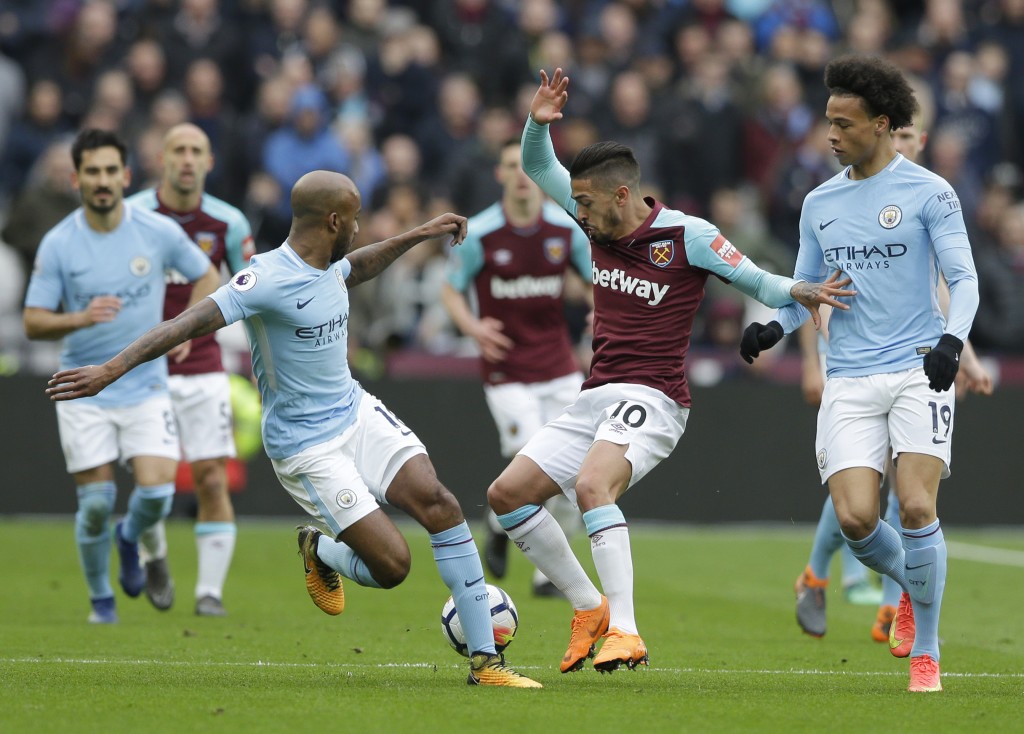 LONDON (AP) — Manchester City passed the 100-goal mark in the Premier League by beating relegation-threatened West Ham 4-1 on Sunday, leaving the newly crowned champions in sight of a slew of records.

After goals by Leroy Sane, Gabriel Jesus and Fernandinho, as well as an own-goal by former City player Pablo Zabaleta, Pep Guardiola's side moved to 102 goals for the campaign — one off the team record held by Chelsea in 2009-10.

City also moved to 30 wins for the season, matching the record number of Chelsea from last season.

With three games still to play, City on 93 points also needs just three more points to post the most outright in a Premier League campaign. Those games are against relegation-threatened teams Huddersfield, Brighton and Southampton. Beating Southampton away would give City 16 wins on the road, another Premier League record.

West Ham, which remained only three points above the relegation zone, played a part in its own downfall at the London Stadium.

Patrice Evra — a former Manchester United player — stuck his head out to block Sane's effort from outside the area and only succeeded in sending the ball into his own net past flat-footed goalkeeper Adrian in the 13th minute.

The second goal also arrived courtesy of a deflection, two in fact. Kevin De Bruyne's low cross was palmed into the leg of Declan Rice by Adrian, only for the ball to hit Zabaleta and bobble into the net in the 27th.

Aaron Cresswell curled a free kick into the corner from the edge of the area on the stroke of halftime to bring West Ham back into the game, but the second half was all City.

Raheem Sterling slipped in Jesus to take one touch and sidefoot home in the 53rd for his fourth goal in as many games, then passed the ball across for Fernandinho to slot in a first-time shot in the 64th.