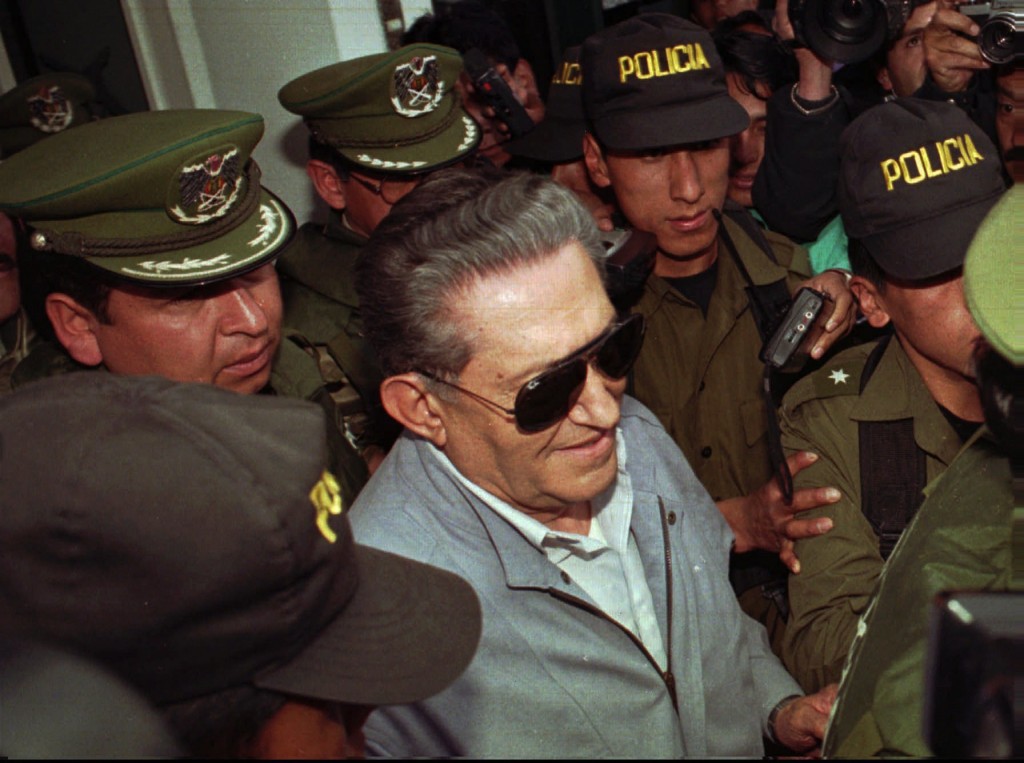 Garcia Meza was admitted to a military hospital in La Paz after suffering a heart attack and could not be resuscitated. A medical report said he died "from possible respiratory failure." The Cossmil military hospital told The Associated Press that the death occurred at 3 a.m. Sunday.

The former army general was imprisoned for murders carried out during his 13 months in office from 1980-1981, but he completed much of his sentence at the hospital where he died.

The military leader led a bloody coup in July 1980 that deposed President Lidia Gueiler as Bolivia was trying to return to democracy after 16 years of dictatorship.