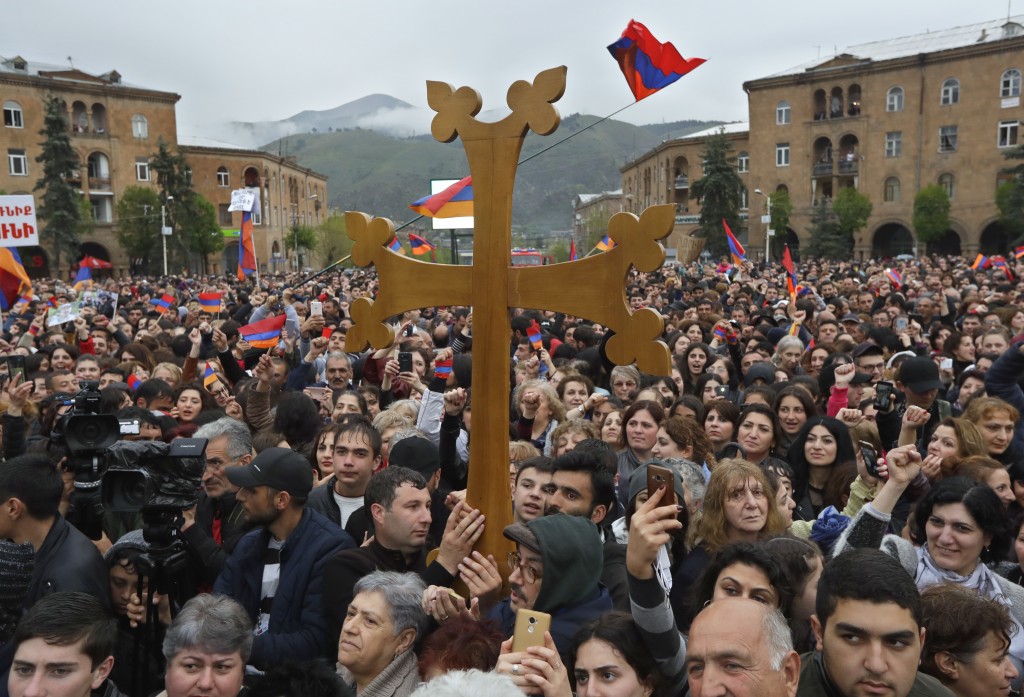 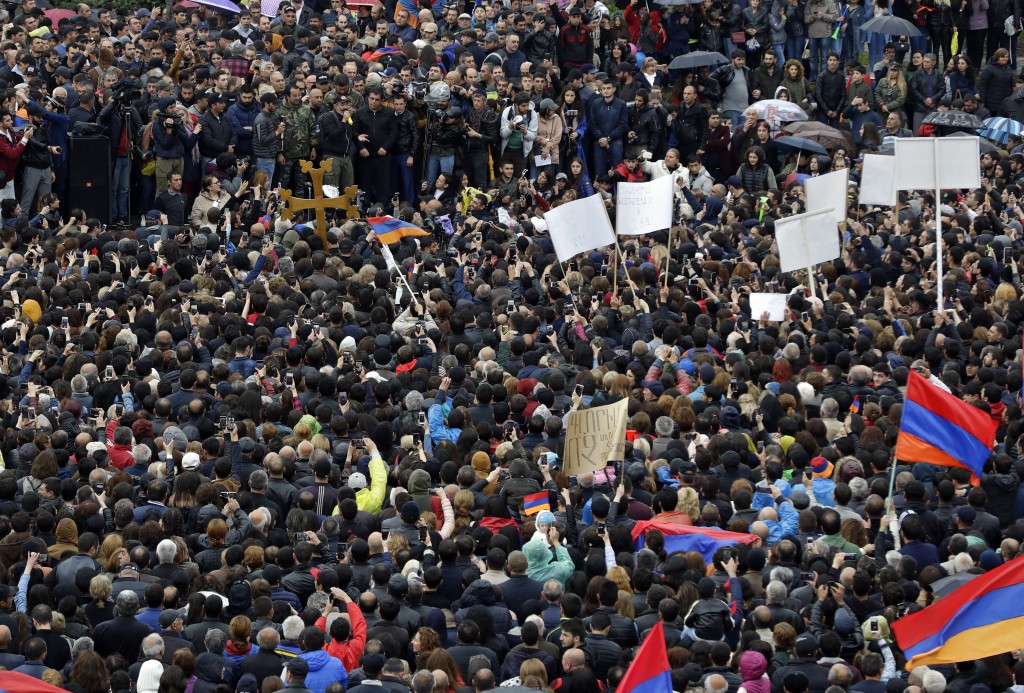 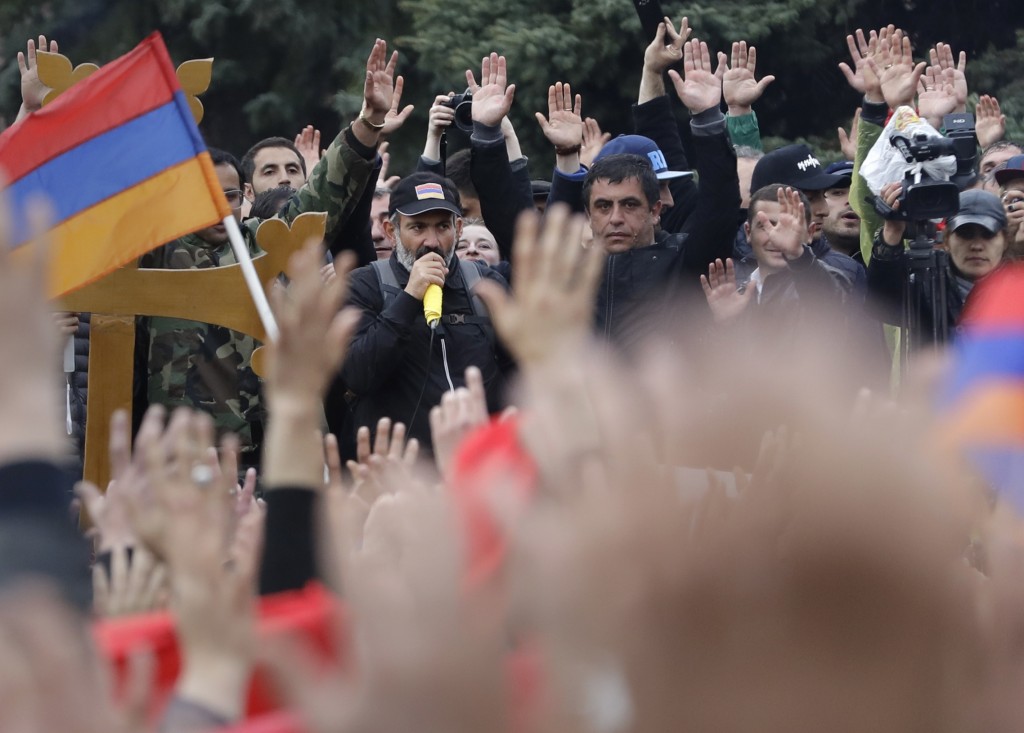 YEREVAN, Armenia (AP) — The leader of the wave of protests that has pushed Armenia into a political crisis says he has met with the country's president.

Nikol Pashinian said Sunday that he hopes President Armen Sarkisian will support Pashinian's bid to become prime minister. The parliament is to choose a new premier on Tuesday, following the resignation last week of Serzh Sargsyan.

Sargsyan was Armenia's president for a decade, but stepped down due to term limits. He became prime minister amid a change in government that diminishes the presidency's power and bolsters the prime minister. Opponents said that change would have allowed Sargsyan to remain Armenia's leader indefinitely.

Opposition supporters on Sunday blocked traffic in Yerevan, the capital, and called for a massive evening demonstration on the city's central square.