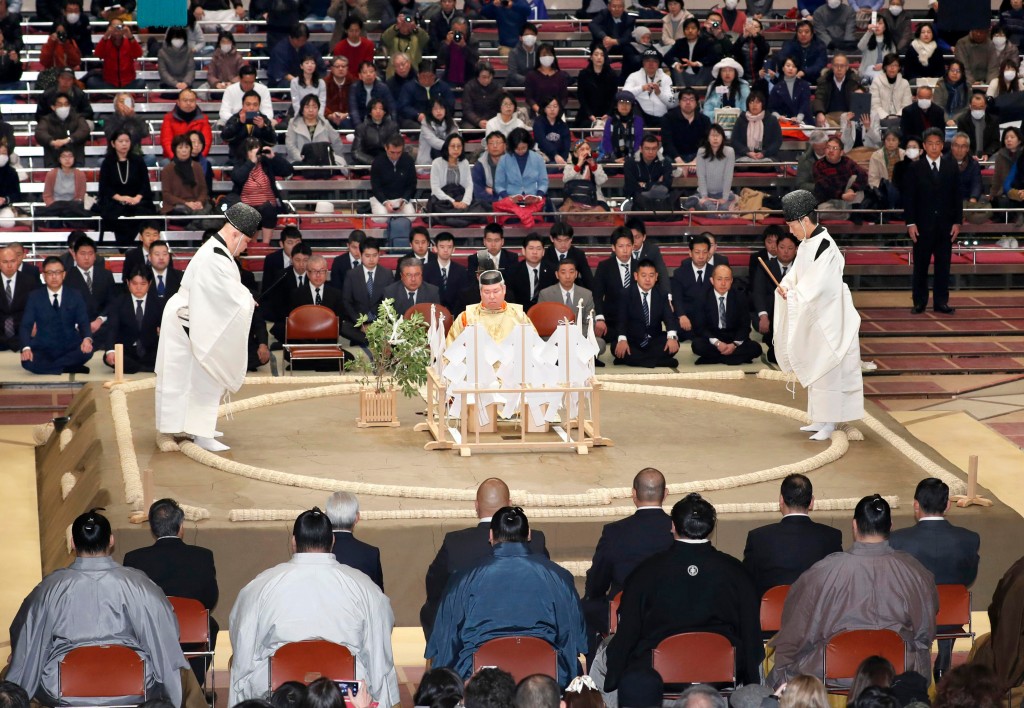 TOKYO (AP) — The Japan Sumo Association says it will consider outside opinions from experts and the public over its much criticized policy of banning women from entering the sumo ring.

The association held an extraordinary meeting of its board on Saturday. It did not reach a decision regarding the ban on women but did clarify that women can enter the ring in times of an "emergency" as an exception, Kyodo News agency reported.

The association came under fire in early April when it ordered female first responders to leave the ring as they attempted to revive an official who collapsed at an event in northern Kyoto.

The 67-year-old mayor of the city of Maizuru collapsed during a ring-top speech, and two women, apparently medical experts, rushed in and started performing first aid. When two more women entered the ring trying to join the effort, a sumo official demanded that the women get out of the ring.

The mayor, a man, was then taken to a hospital and survived what was diagnosed a stroke.