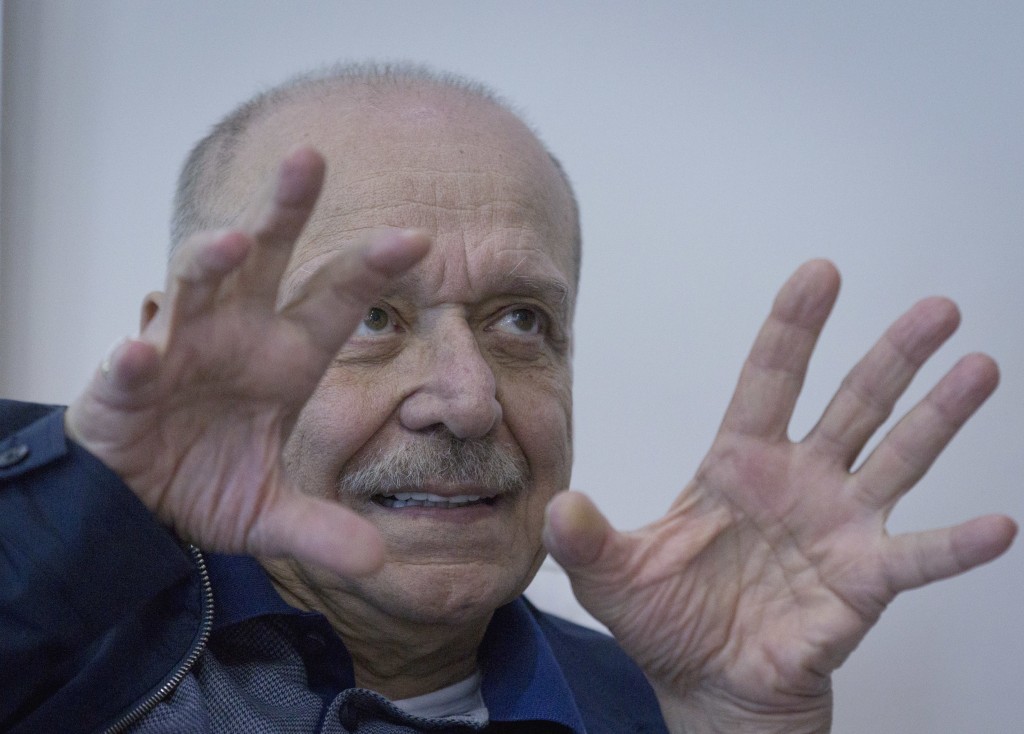 RAMALLAH, West Bank (AP) — The top-tier leadership group of the PLO— average age 70 — is up for election for the first time in over two decades, when hundreds of delegates attend a West Bank convention this week.

It should be a chance to revitalize the Palestinian national movement at a historic low point and start talking about potential successors to 83-year-old President Mahmoud Abbas.

Instead, some critics — even within the Palestine Liberation Organization — say Abbas is presiding over a staged event to give his increasingly authoritarian rule a veneer of legitimacy. Others challenge the timing, saying the rift with powerful non-PLO member Hamas, which rules Gaza, must be resolved first.

Abbas supporters portray the meeting of the PLO parliament, once envisioned to represent Palestinians everywhere, as a closing of ranks behind Abbas. They say Abbas needs such backing in his political battle with the Trump administration, viewed by most Palestinians as blatantly pro-Israel.

Here is a look at what to expect.

WHAT IS THE PLO?

The PLO was founded in the mid-1960s as an umbrella for Palestinian factions. From the start, it was dominated by the Fatah movement, now headed by Abbas. After promoting armed struggle for decades, the PLO exchanged letters of recognition with Israel in 1993. This led to the creation of the Palestinian Authority, a self-rule government that at first ran Gaza and enclaves in the Israeli-occupied West Bank.

On paper, the PLO remained the "sole legitimate representative" of all Palestinians, recognized by more than 100 countries. Yet power quickly shifted to the Palestinian Authority which, backed by foreign aid, provided services for millions of Palestinians in the West Bank and Gaza.

Meanwhile, Fatah steadily lost ground to Hamas, which was founded in the late 1980s. Hamas won Palestinian parliamentary elections in 2006 and drove Abbas loyalists from Gaza a year later.

Today, the PLO is widely seen as an empty shell, but remains relevant as a political umbrella that could be revived. Even Hamas wants to join, but Abbas has balked, fearing another takeover.

WHO VOTES FOR WHAT?

Starting with an Abbas speech Monday, the PLO parliament, or Palestinian National Council, holds four days of meetings in the West Bank city of Ramallah. Later in the week, delegates elect a new PLO Executive Committee, the top decision-making body, with 18 members.

Such an election was last held at a PNC plenary session in 1996 in Gaza. In 2009, a smaller PNC gathering replaced six members who had died or fallen ill. Current members are in their 60s to 90s.

Fatah gets three seats. Small factions get one each for a total of seven, and independents get eight.

The outcome of the vote is largely pre-ordained because of Fatah's dominance and because the Palestinian Authority is now the PLO's main paymaster. Delegates and their organizations depend on Abbas' good will, meaning they'll likely vote for names passed around on the convention floor.

MORE OF THE SAME?

About two-thirds of Executive Committee members are likely to be replaced, said Mohammed Ishtayyeh, an Abbas adviser.

Fatah already picked its members — Abbas, of course, and stalwarts Saeb Erekat and Azzam al-Ahmed, according to Palestinian officials who spoke on condition of anonymity because the vote has not yet taken place. Erekat, a former negotiator with Israel, suffered a major health crisis last year, undergoing a lung transplant. Rami Hamdallah, the prime minister of the autonomy government, is among the Abbas loyalists expected to be selected in the independent category, the officials said.

Hamas will predictably be absent. Moussa Abu Marzouk, a leading member, accused Abbas and Fatah of engaging in "unprecedented unilateralism." The second-largest PLO faction, the Popular Front for the Liberation of Palestine, is also staying away to protest the lack of broad representation.

There's widespread apathy in the West Bank about the Fatah-run event in which aging leaders, nearly all of them men, make decisions behind closed doors. It's largely perceived as irrelevant to the lives of Palestinians. Candidates haven't bothered to campaign, and there are no posters in the streets announcing the event.

"You cannot claim that there is a renewal process," said Yasser Abed Rabbo, a longtime No. 2 in the PLO who was sidelined in 2015 after criticizing Abbas and is packing up his office on the top floor of the PLO building in Ramallah in the coming days.

Abbas, who has had an approval rating of about one-third in recent polls, gets to shore up his legitimacy with a new Executive Committee. He needs a two-thirds majority for major decisions, and while the outgoing group was compliant, the required majority wasn't always assured. One member had died and others were absent at times because of illness or travel.

The PNC is meeting at a time when Hamas is raising its leadership profile with mass protests on the Gaza-Israel border. By comparison, Abbas' longstanding strategy — statehood through U.S.-led talks with Israel — is seen as a failure. Abbas himself seems to be edging away from it.

Abbas has said little about Gaza, despite a mounting casualty toll of 39 Palestinians killed and more than 1,600 wounded by Israeli fire over the past month. Instead, he's increasing financial pressure on Gaza in hopes of getting Hamas to accept his demand to return all authority to him.

WILL ABBAS CHOOSE A SUCCESSOR?

The battle over who will eventually replace Abbas is likely to be fought in Fatah, not in the PLO Executive Committee.

There is no clear path of succession and Abbas has refused to plan ahead, even though he's suffered recent health scares that prompted him to keep a cardiologist at his side.

The role of any Palestinian leader in a post-Abbas era is bound to shrink if peace efforts remain deadlocked. Instead of negotiating the terms of Palestinian statehood, a successor could be busy improving schools or garbage pickup in the West Bank.