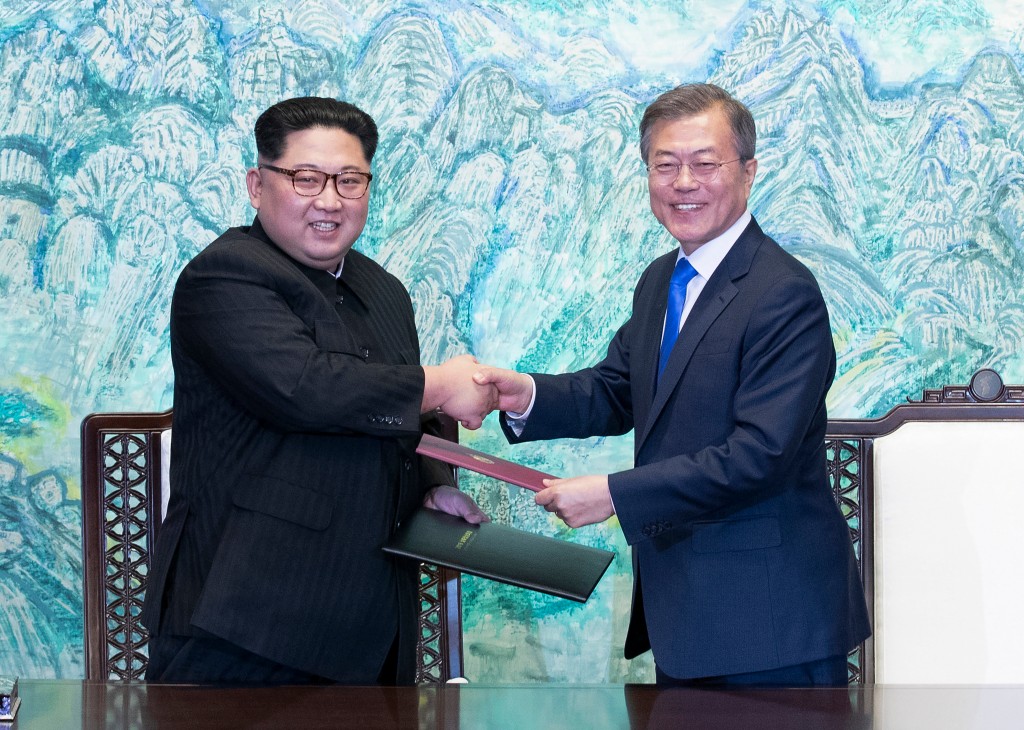 Moon told Abe that he conveyed Japan's desire to normalize ties with North Korea after resolving issues of "past history." Moon's office says Kim replied that he's willing to negotiate with Japan.

The office didn't provide specific details but Abe reportedly said that Moon addressed the North's abduction of Japanese citizens during his meeting with Kim.

Japan says North Korea abducted at least 17 Japanese citizens in the 1970s and 1980s to train its agents in Japanese language and culture in order to spy on South Korea. North Korea has acknowledged abducting 13 Japanese in the 1970s. It allowed five of them to visit Japan in 2002 and they stayed. North Korea says eight others have died, but their families say the North's statement cannot be trusted.

Seoul says North Korean leader Kim Jong Un plans to shut down the country's nuclear test site in May and reveal the process to experts and journalists from the United States and South Korea.

Yoon says Kim also said President Donald Trump will learn he's "not a person" to fire missiles toward the United States. The Kim-Trump meeting is anticipated in May or June.

Yoon says North Korea also plans to re-adjust its current time zone to match the South's. The North in 2015 created its own "Pyongyang Time" by setting the clock 30 minutes behind the South.