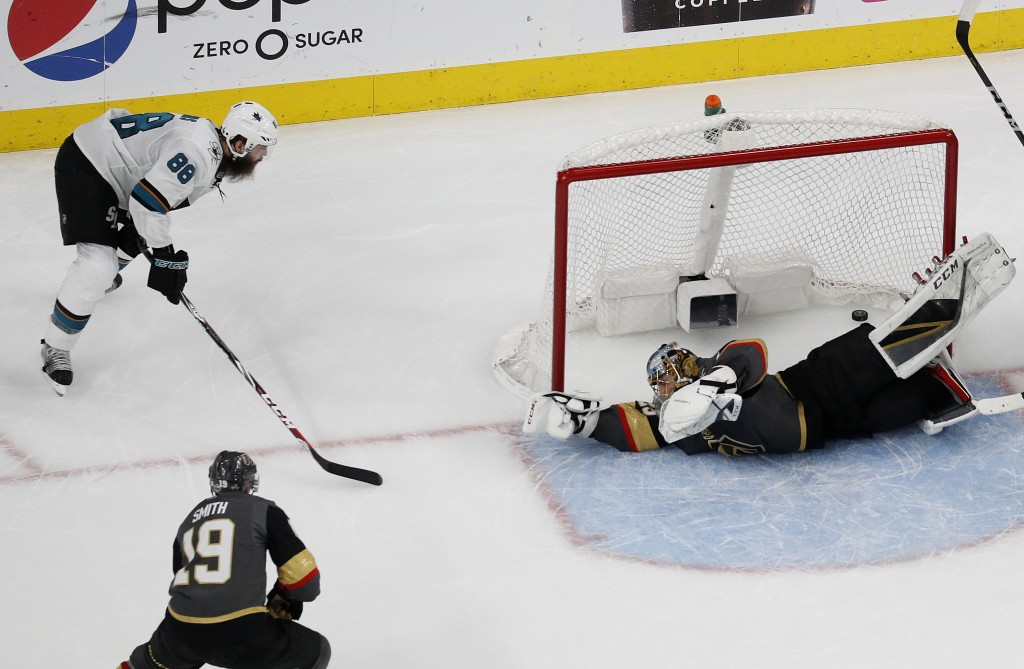 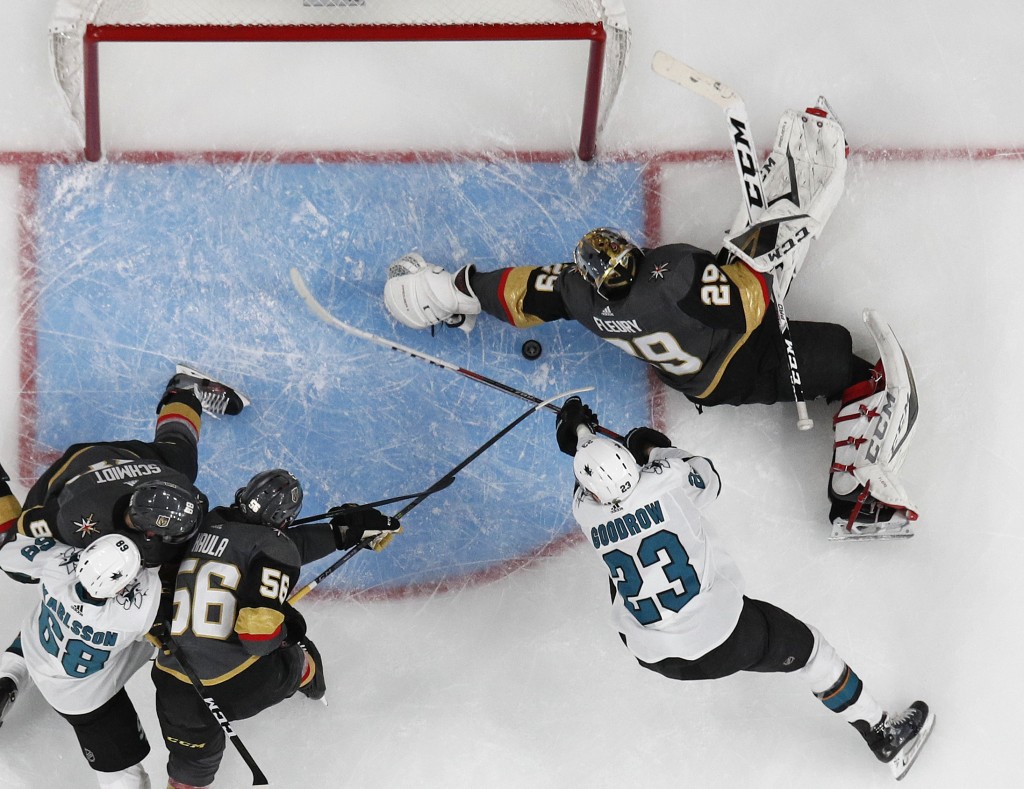 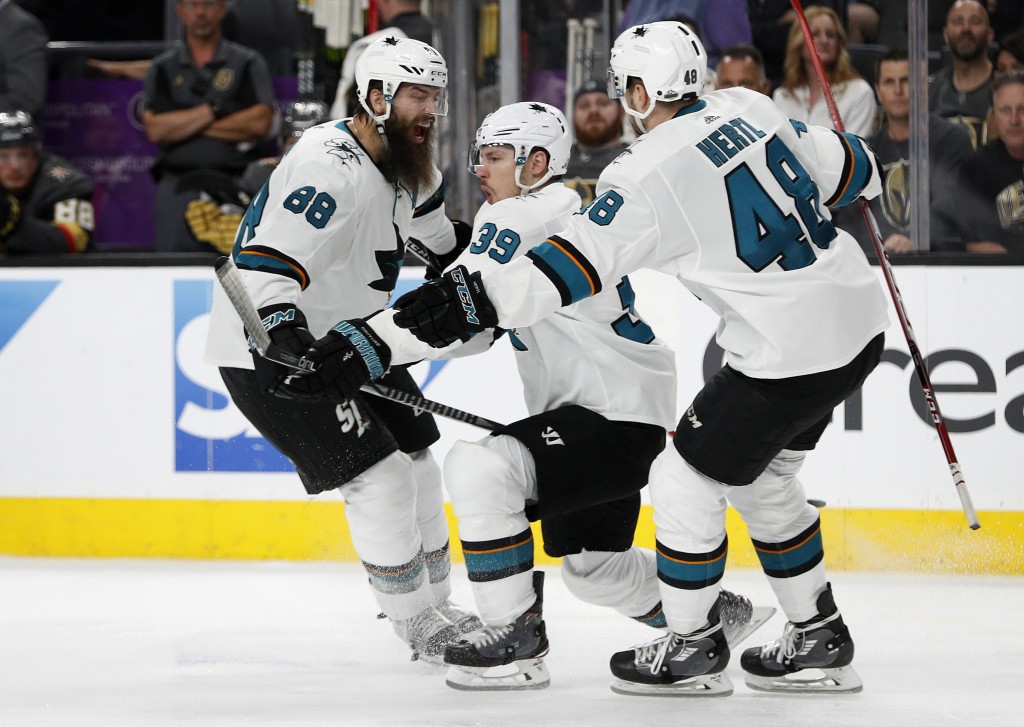 LAS VEGAS (AP) — Logan Couture's second goal of the game, on the power play at 5:13 of the second overtime, lifted the San Jose Sharks to a 4-3 victory over the Vegas Golden Knights on Saturday night, tying their Western Conference semifinal series at one game apiece.

The Golden Knights, who lost for the first time in six playoff games, thought they won in the first overtime when Jonathan Marchessault's backhand sailed past Jones with 3:02 left, but officials ruled there was goaltender interference when Marchessault ran into Jones' blocker and spun him around before his shot.

William Karlsson scored twice, while Nate Schmidt got his first of the postseason to tie the score at 3-3 with 6 1/2 minutes left in the third period. Marc-Andre Fleury finished with 43 saves.

Brad Marchand had a goal and two assists, David Pastrnak finished with four assists and Bergeron also had one to give their line 10 points in a dominating performance.

Tuukka Rask stopped 34 shots for the Bruins, who finished one point behind Tampa Bay for the Atlantic Division title, as well as the No. 1 seed in the Eastern Conference.

Dan Girardi and Mikhail Sergachev scored for the Lightning, who trailed 3-2 entering the third period. Andrei Vasilevskiy finished with 18 saves.