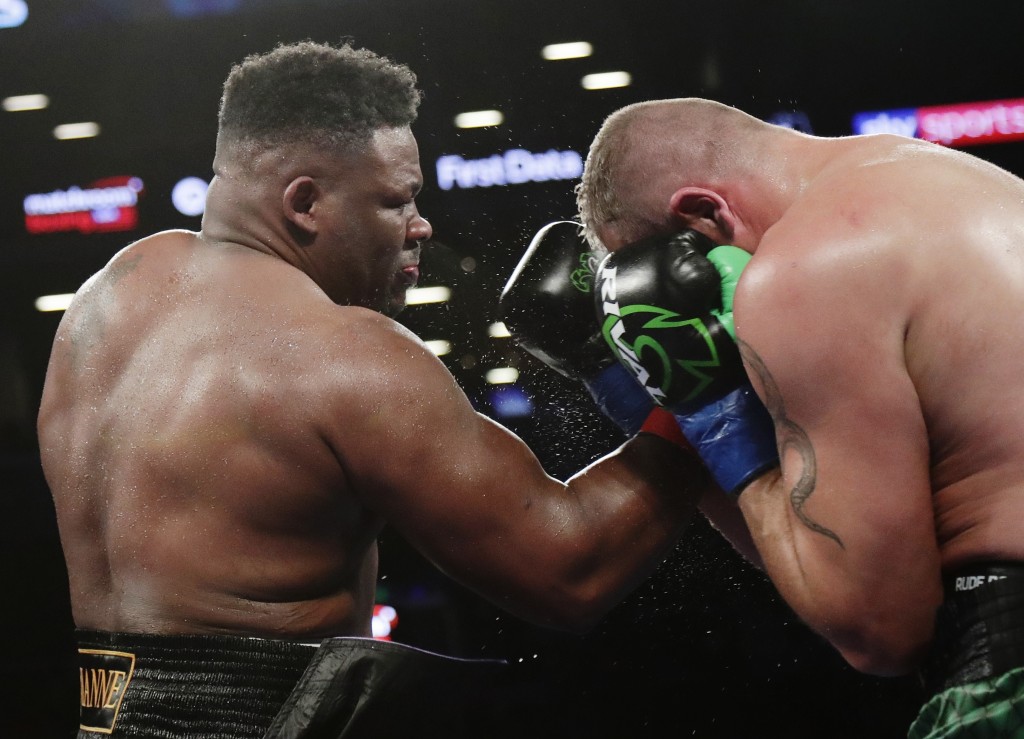 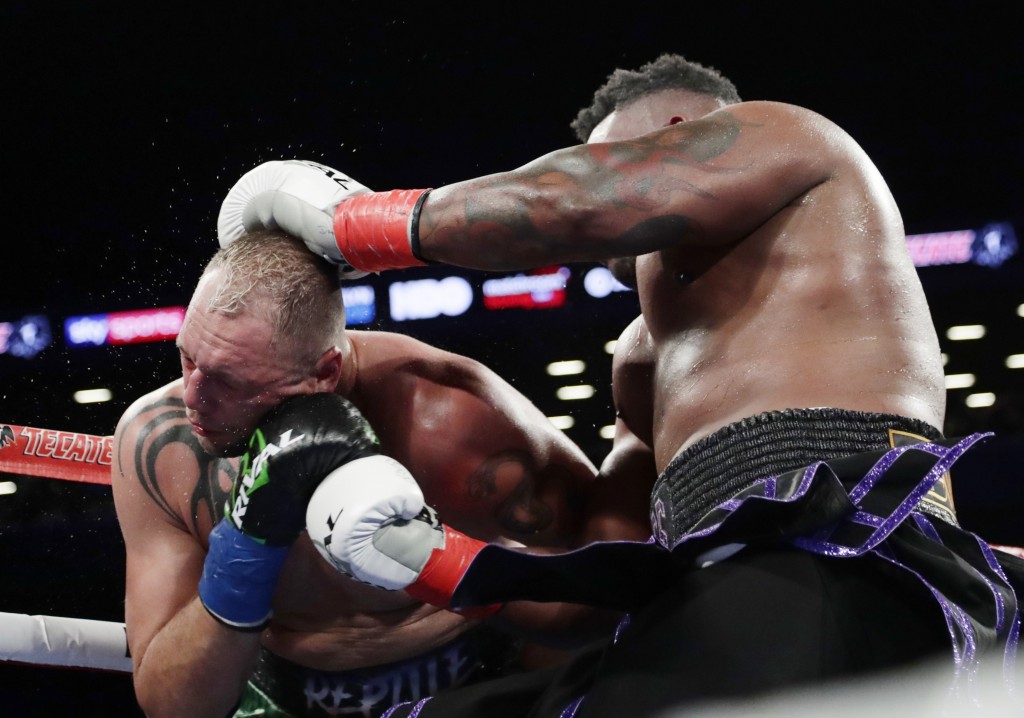 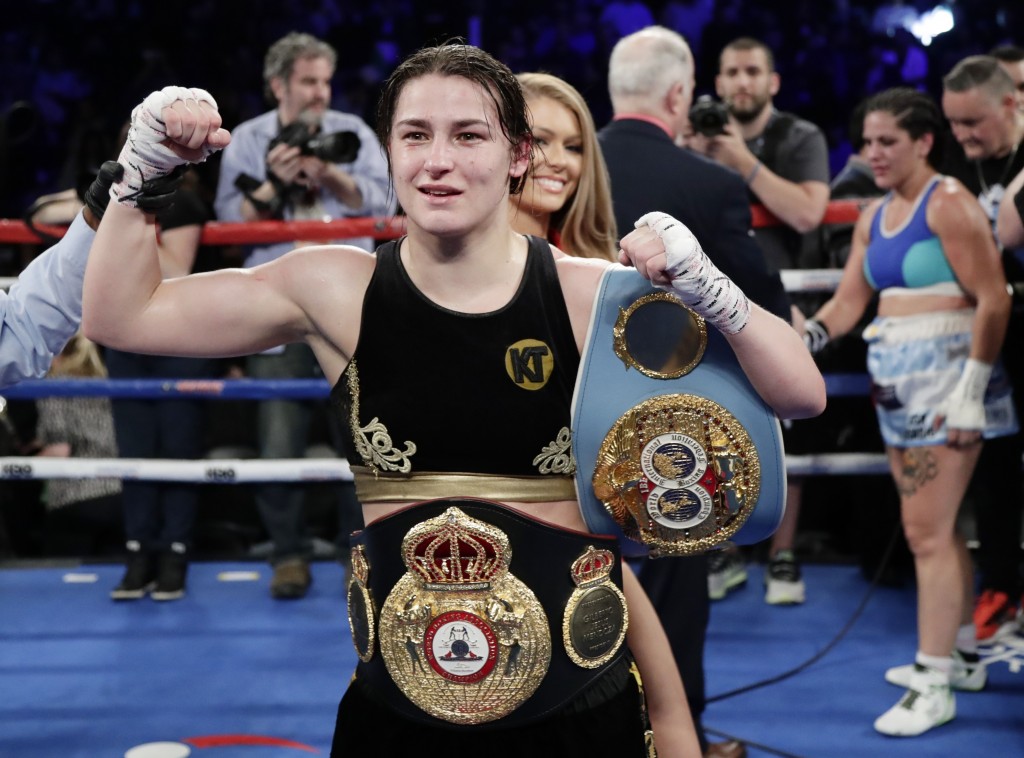 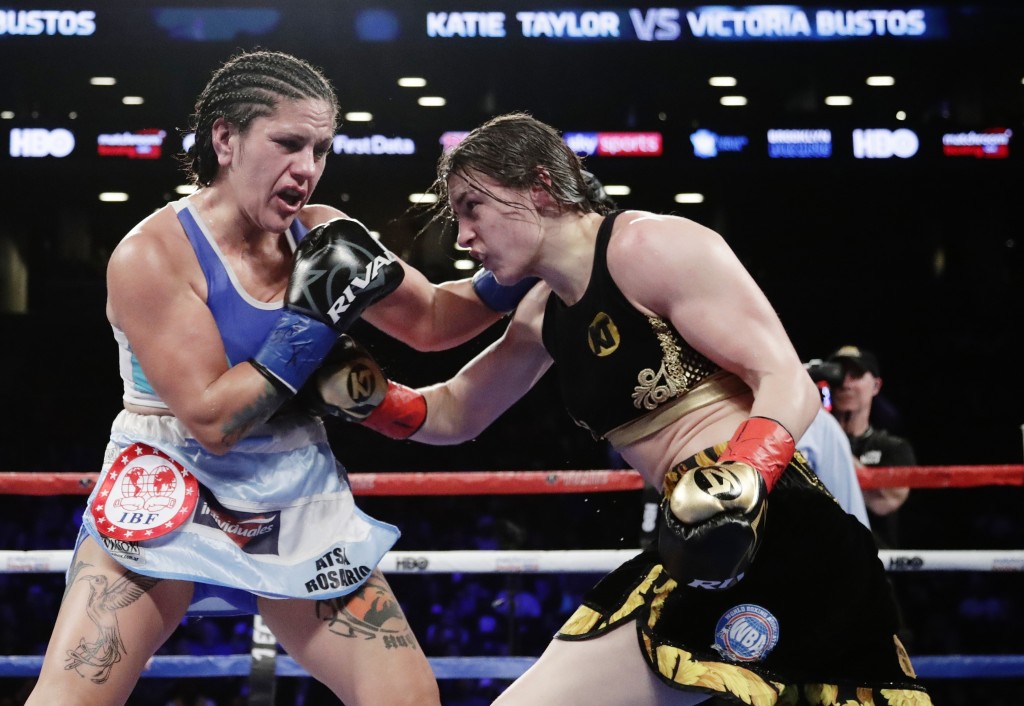 NEW YORK (AP) — Jarrell Miller remained unbeaten and made his case for a potential shot at heavyweight champion Anthony Joshua by winning a unanimous decision against Johann Duhaupas on Saturday night.

He sure tried, though, pounding away with power shots throughout the fight that had swelling all around Duhaupas' eyes in the final rounds.

"He was a tough, durable fighter," Miller said. "I thought I could get him out of there earlier but he ate all my punches, even the ones I threw with bad intentions."

Promoter Eddie Hearn discussed the possibility of having Joshua, holder of three heavyweight title belts, face Miller next, rather than a unification bout against Deontay Wilder, in what would be his first fight outside of his native Britain.

"I'm ready for Anthony Joshua," Miller said. "Let's bring him to Brooklyn and show him how we do it."

The pressure was on Miller to fight and entertain well to look worthy of the matchup, and he was up to the task. He came to the ring in a "Black Panther" mask and promptly began pounding Duhaupas (37-5) with an array of punches, trapping his nearly 60-pounds-lighter opponent against the ropes and crouching low to go to the body or get good leverage to fire uppercuts.

The heavyweight bout was the featured attraction on the undercard for Saturday night's middleweight clash between Daniel Jacobs and undefeated Maciej Sulecki.

Earlier, Ireland's Katie Taylor (9-0) won a unanimous decision against Argentina's Victoria Burgos (18-5) to unify the WBA and IBF lightweight titles. The 2012 Olympic gold medalist dominated the first seven rounds with her movement, and then traded some power punches with Burgos over the final entertaining rounds of the 10-round bout.

Also on the undercard, 2016 Olympic gold medalist Daniyar Yeleussinov of Kazakhstan won his professional debut with a third-round stoppage of Missouri's Noah Kidd. Yeleussinov knocked Kidd under the ropes early in the third for an impressive first career knockdown, and then finished him later in the round.