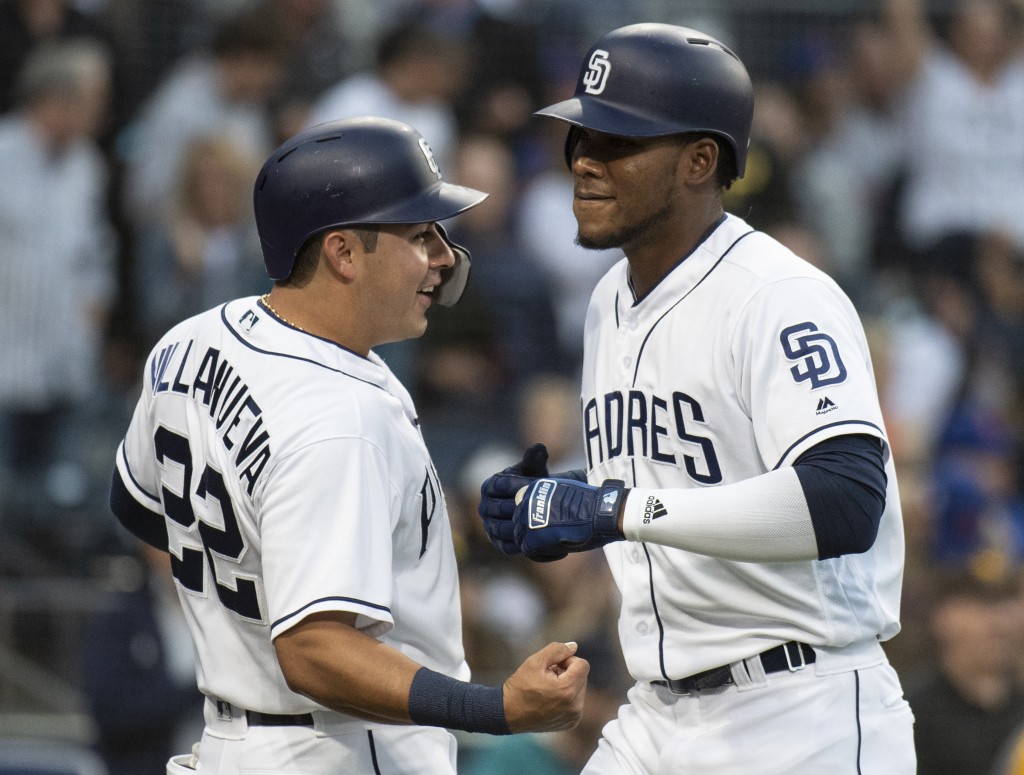 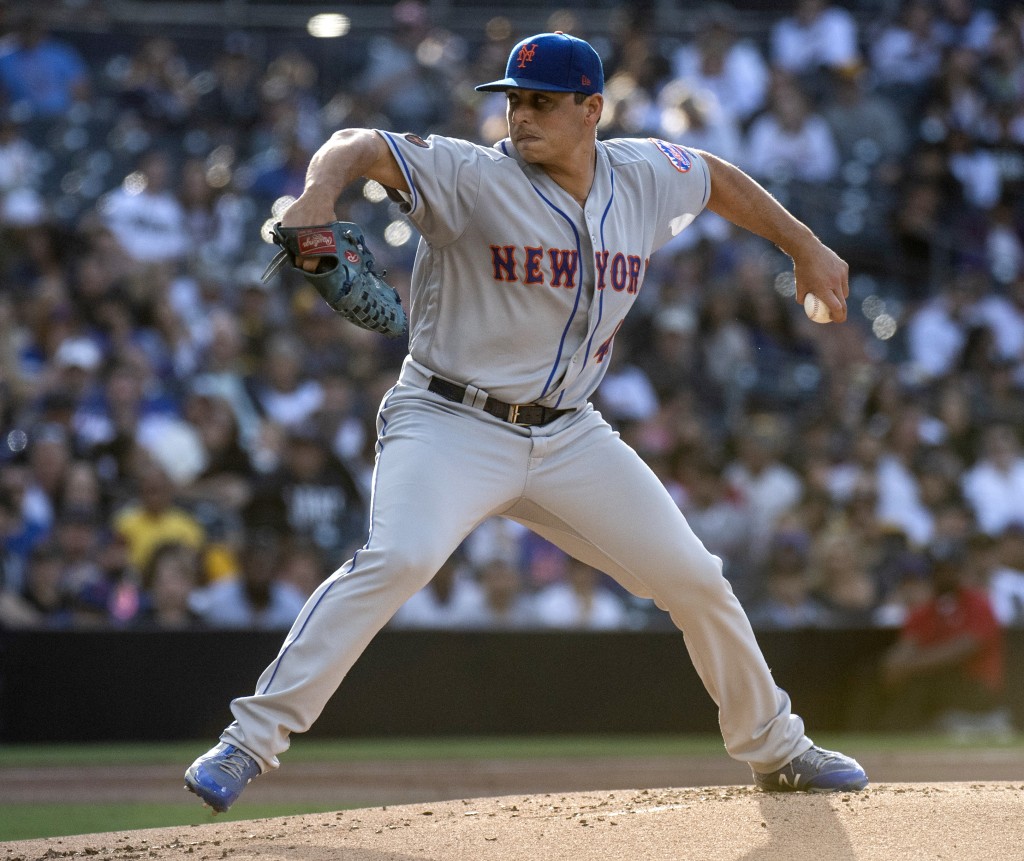 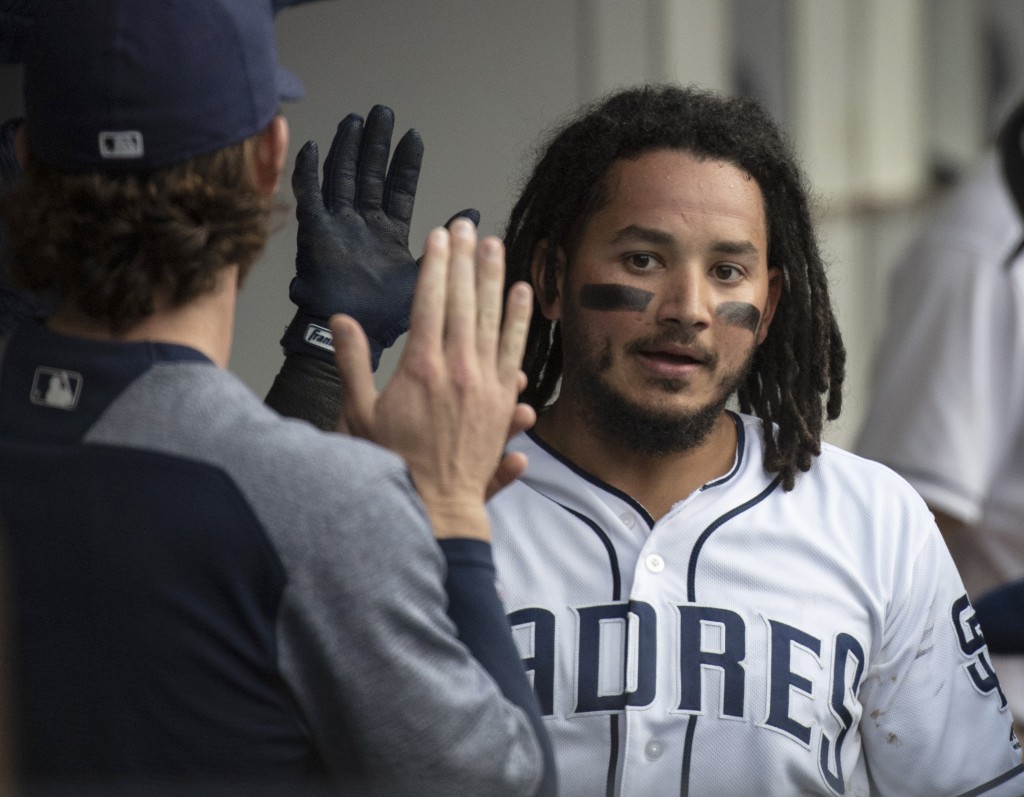 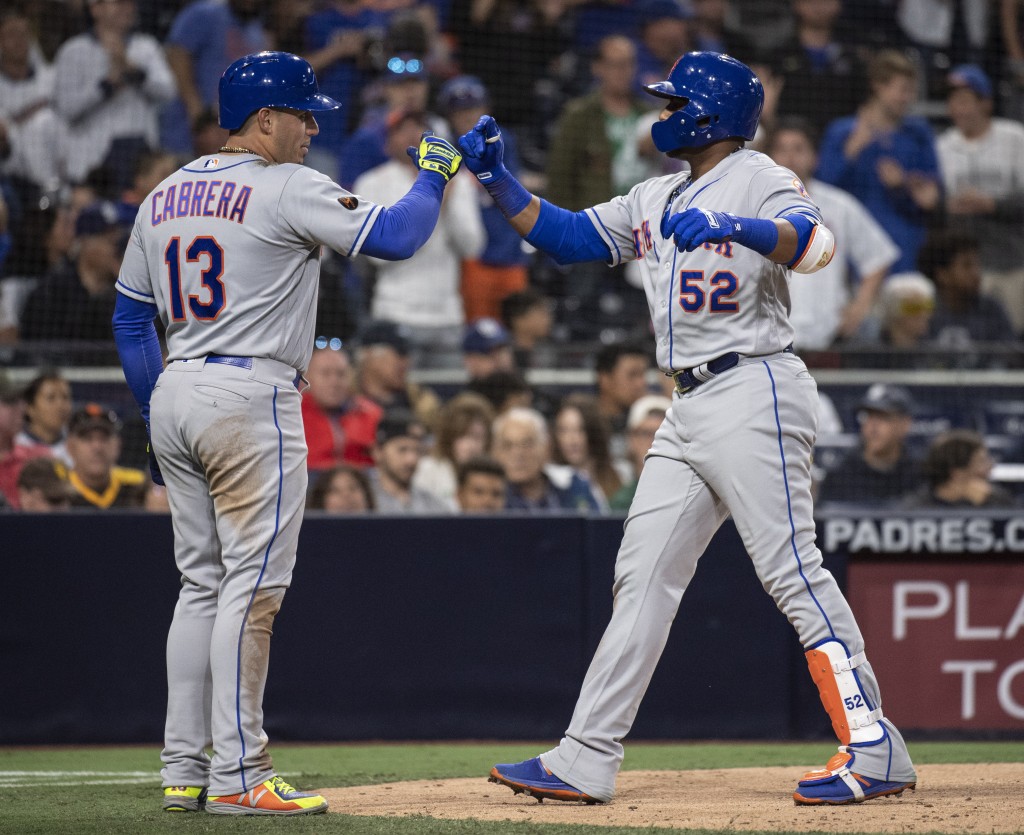 Rookie lefty Joey Lucchesi (3-1) limited the Mets to four hits in 5 2-3 innings while striking out six and walking two. He exited two batters after surrendering a two-run homer by Yoenis Cespedes that sailed into the Padres' bullpen beyond the fence in center field.

Hedges, the light-hitting catcher, came up big with a two-run single in the third, a two-run double in the fourth and an RBI single in the sixth. He raised his average from .143 to .176.

Vargas (0-1) had a rough season debut five weeks after breaking a bone in his glove hand in spring training. He allowed nine runs and nine hits, four for extra bases, in 3 2-3 innings.

Villanueva extended his hitting streak to 11 games hit a two-run homer to left-center with one out in the first, his eighth. He was robbed of another two-run shot when Juan Lagares made a nice leaping catch against the fence in left-center.

Cordero homered to right-center with two outs in the fourth to give the Padres a 9-0 lead and chase Vargas. It was his sixth. It was his third homer of more than 450 feet, the most in the big leagues this year.

Manuel Margot hit a two-run triple in the first.

Padres: Wil Myers strained his left oblique on a swinging strike in the fifth, stayed in for one more pitch and then left the game. He was replaced by Matt Szczur.

Padres: RHP Bryan Mitchell (0-2, 5.76) is still looking for his first win with the Padres. This will be his sixth start, fourth at home.