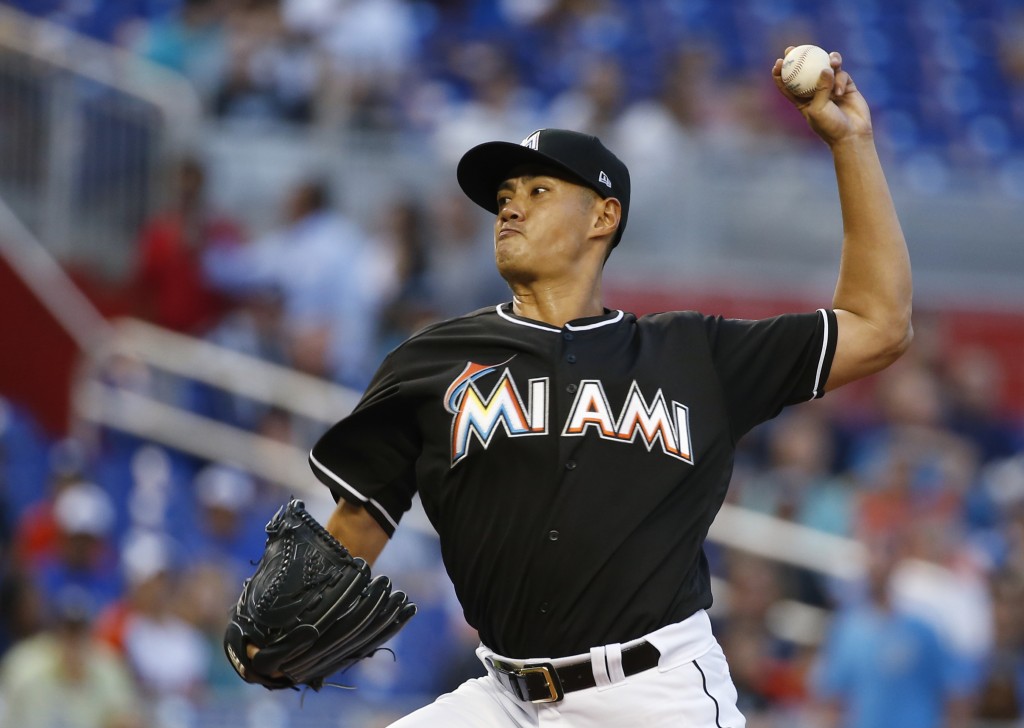 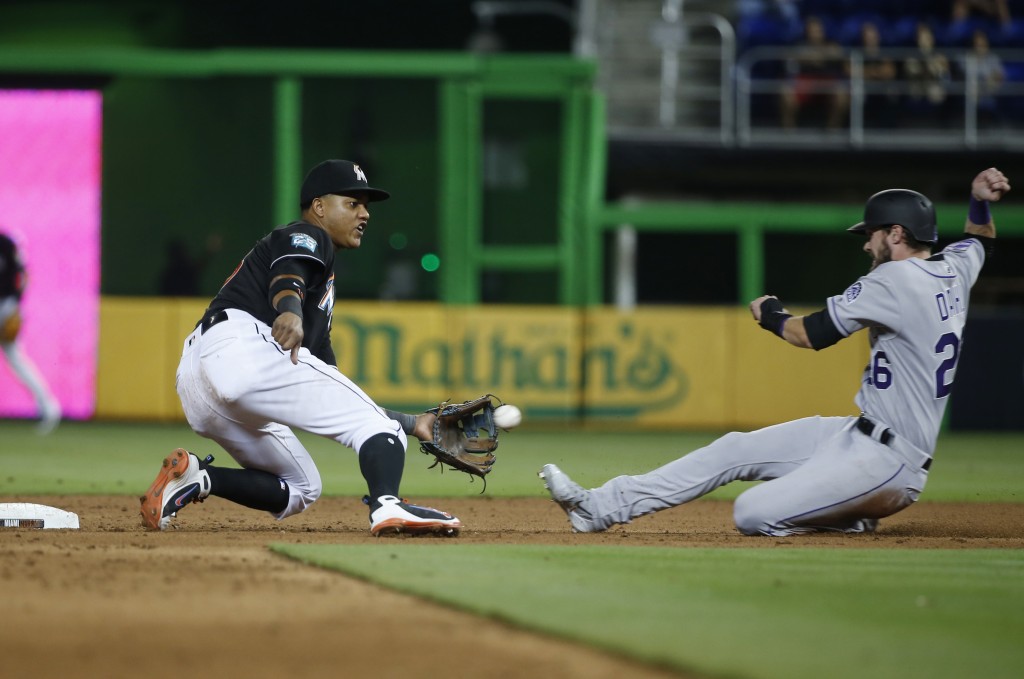 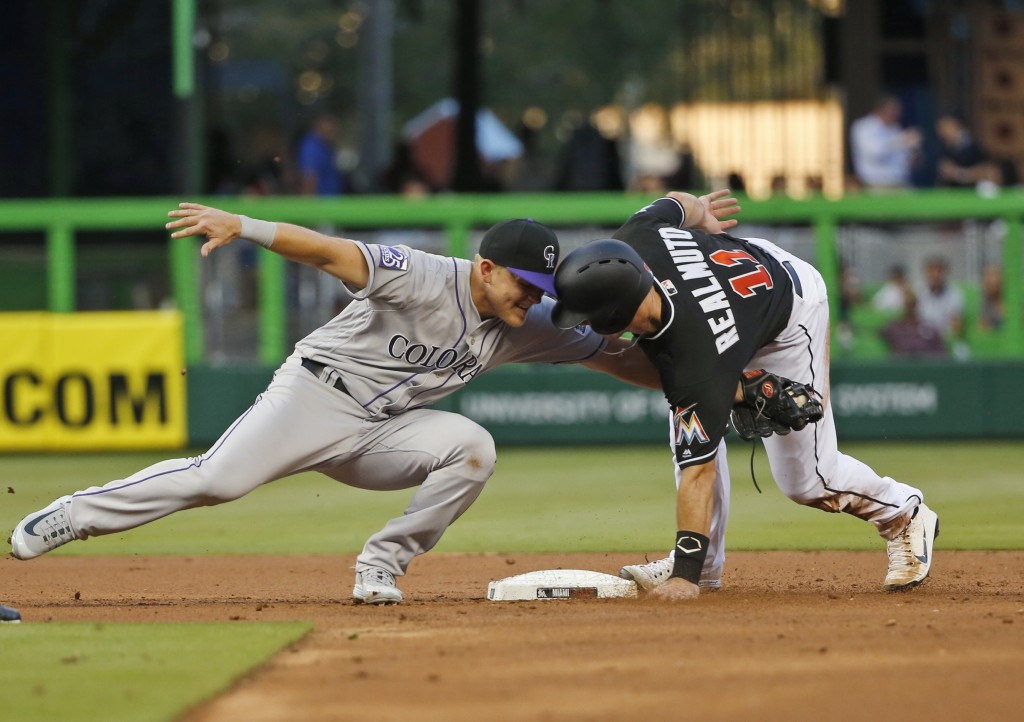 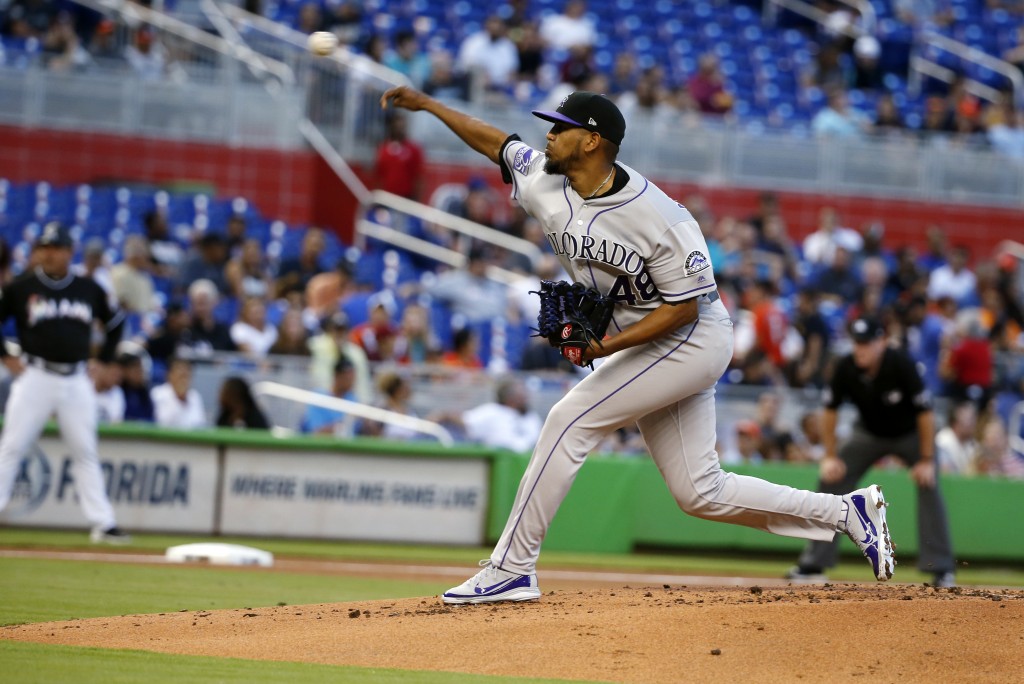 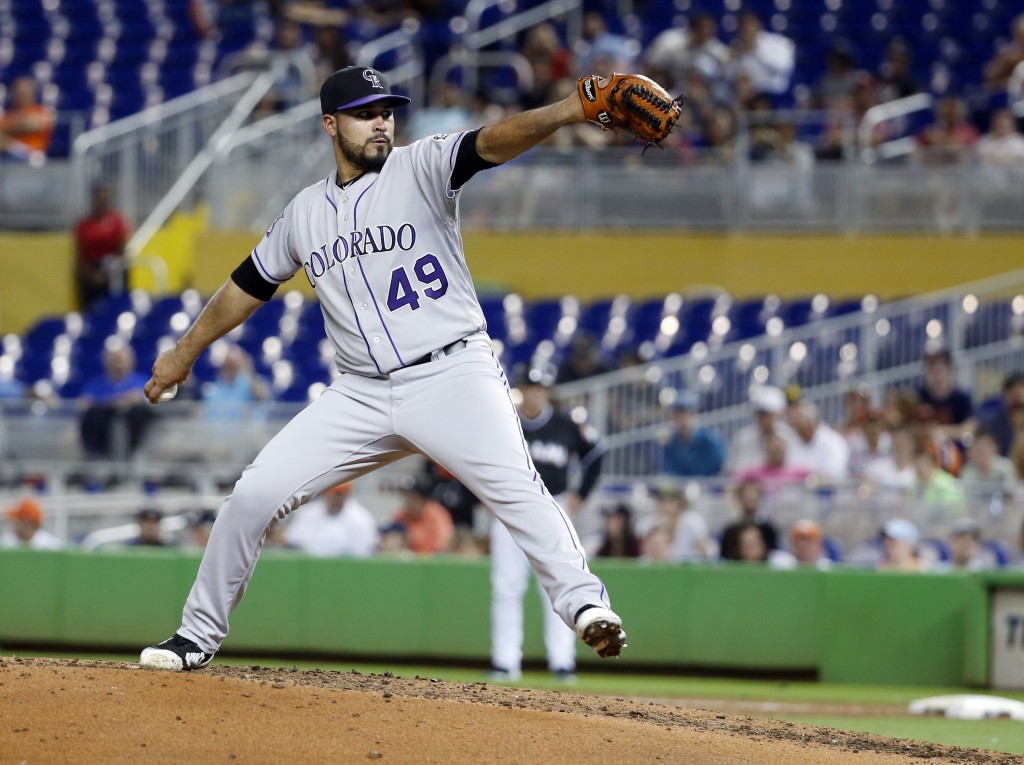 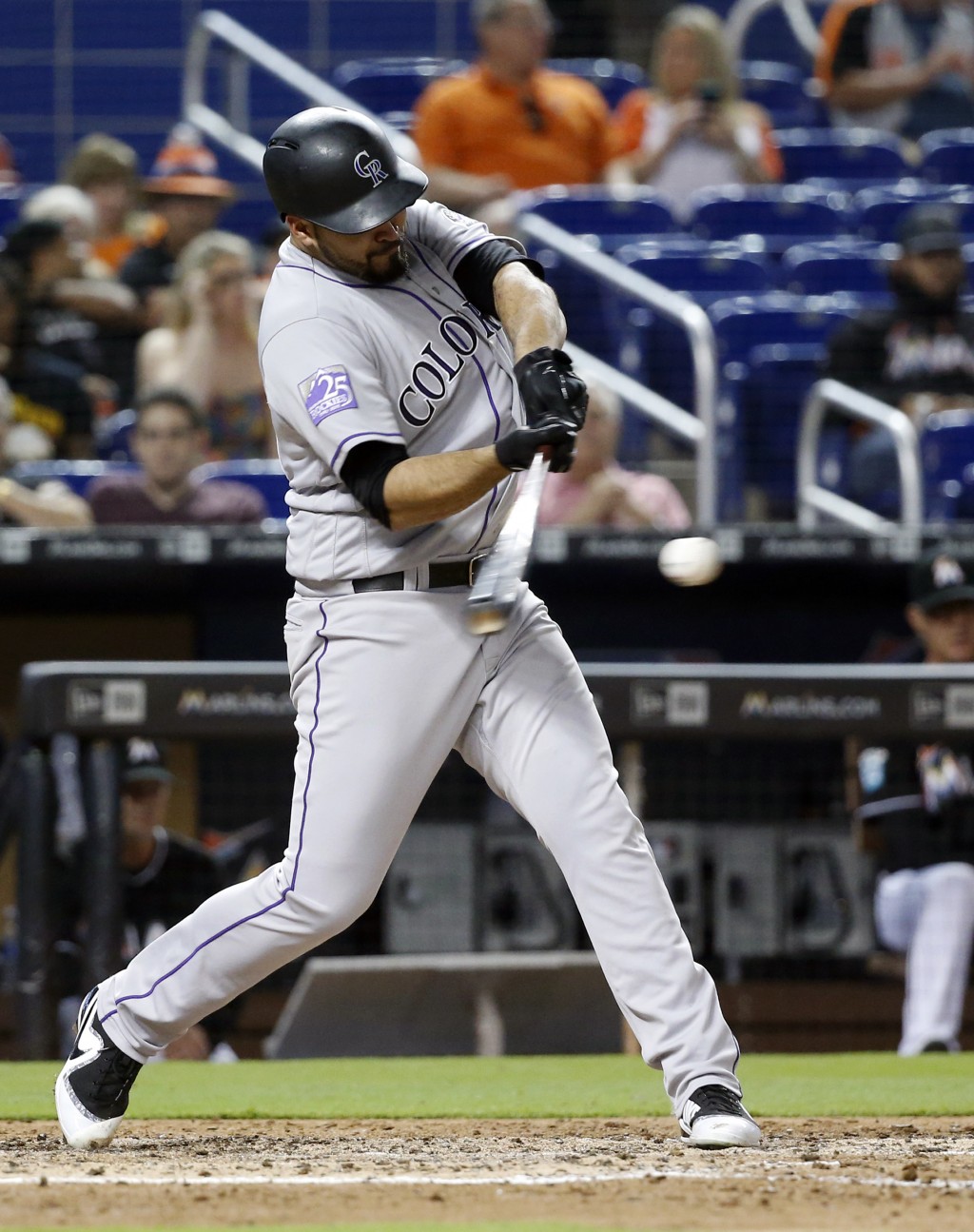 MIAMI (AP) — Wei-Yin Chen pitched into the sixth inning in his first start in nearly a year and the Miami Marlins beat the Colorado Rockies 4-1 on Saturday night.

Chen (1-0) allowed one run and four hits in 5 1/3 innings. He struck out three and walked two in his first game since last May 1 against Tampa Bay due to an elbow strain.

Derek Dietrich homered and drove in two runs for the Marlins, and Martin Prado had three hits and two RBIs in his second game of the season after returning from a hamstring injury. Miami has won three of four.

Kyle Barraclough pitched the ninth for his first save of the season getting the nod over struggling closer Brad Ziegler.

Charlie Blackmon hit his ninth home run of the season for the Rockies, who snapped a three-game winning streak.

Chen started his night striking out Blackmon, Nolan Arenado, and Trevor Story in the first inning.

The Marlins backed Chen with run support with Prado knocking in a run in the first and third innings. Dietrich's base hit in the fourth extended the lead to 3-0.

Blackmon got the Rockies on the scoreboard with his homer to deep right-center field in the sixth.

Dietrich homered in the seventh to push Miami's lead to 4-1.

Rockies: LHP Tyler Anderson left Friday's start early with a heartbeat issue, but manager Bud Black says, "Tyler is fine. He checked out well last night through the doctors here at the stadium, a clean bill of health. He's fine today. I say this often, I'm not a doctor so I don't know what happened, but I'm glad that he's feeling better." ... 2B DJ LeMahieu (right hamstring) was held out of the lineup after leaving Friday's game early and is considered day-to-day. ... OF Carlos Gonzalez (right hamstring) is eligible to return from the disabled list on Sunday and Black is optimistic he will be able to return soon.

Marlins: 1B Justin Bour was a late scratch from the lineup due to back spasms. ... RHP Dan Straily (forearm) is expected to make his season debut Monday starting against Philadelphia. "We feel like we've taken our time with him to make sure he's fully ready so he wasn't coming back in before he was actually prepared to pitch," Marlins manager Don Mattingly said. "We talked about him in L.A. and it just didn't work out. Everybody felt better about him getting an extra (rehab) start building him up where he's totally confident and we're confident he's a regular starter from the standpoint of pitches, just a full start."

Rockies: RHP Chad Bettis (3-0, 2.40 ERA) is scheduled to start the series finale. The Rockies are 4-1 this season in his starts.