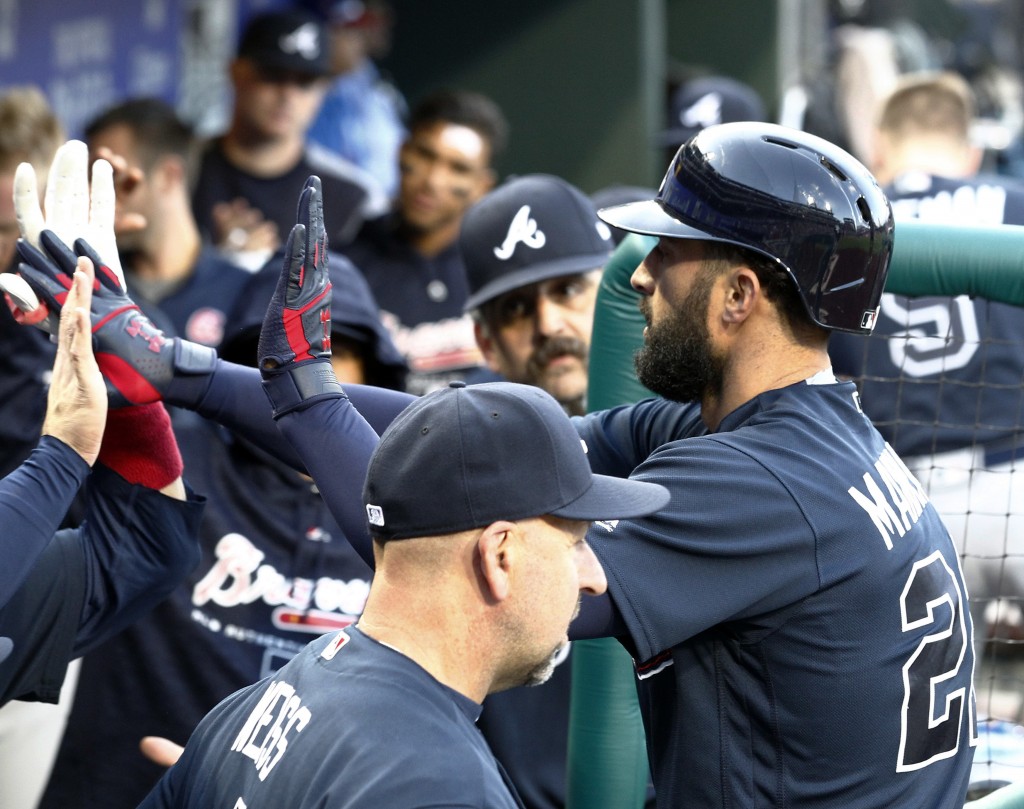 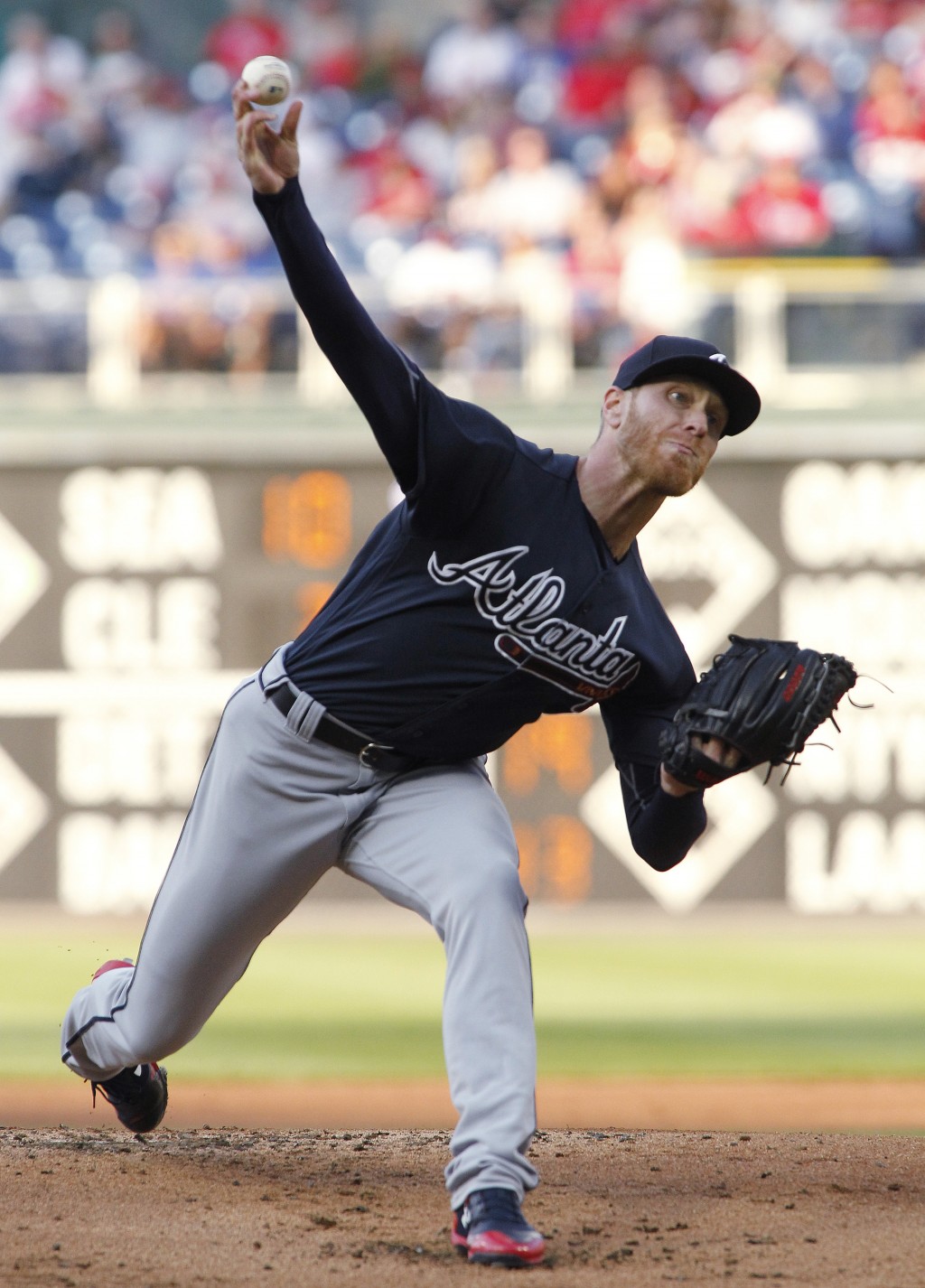 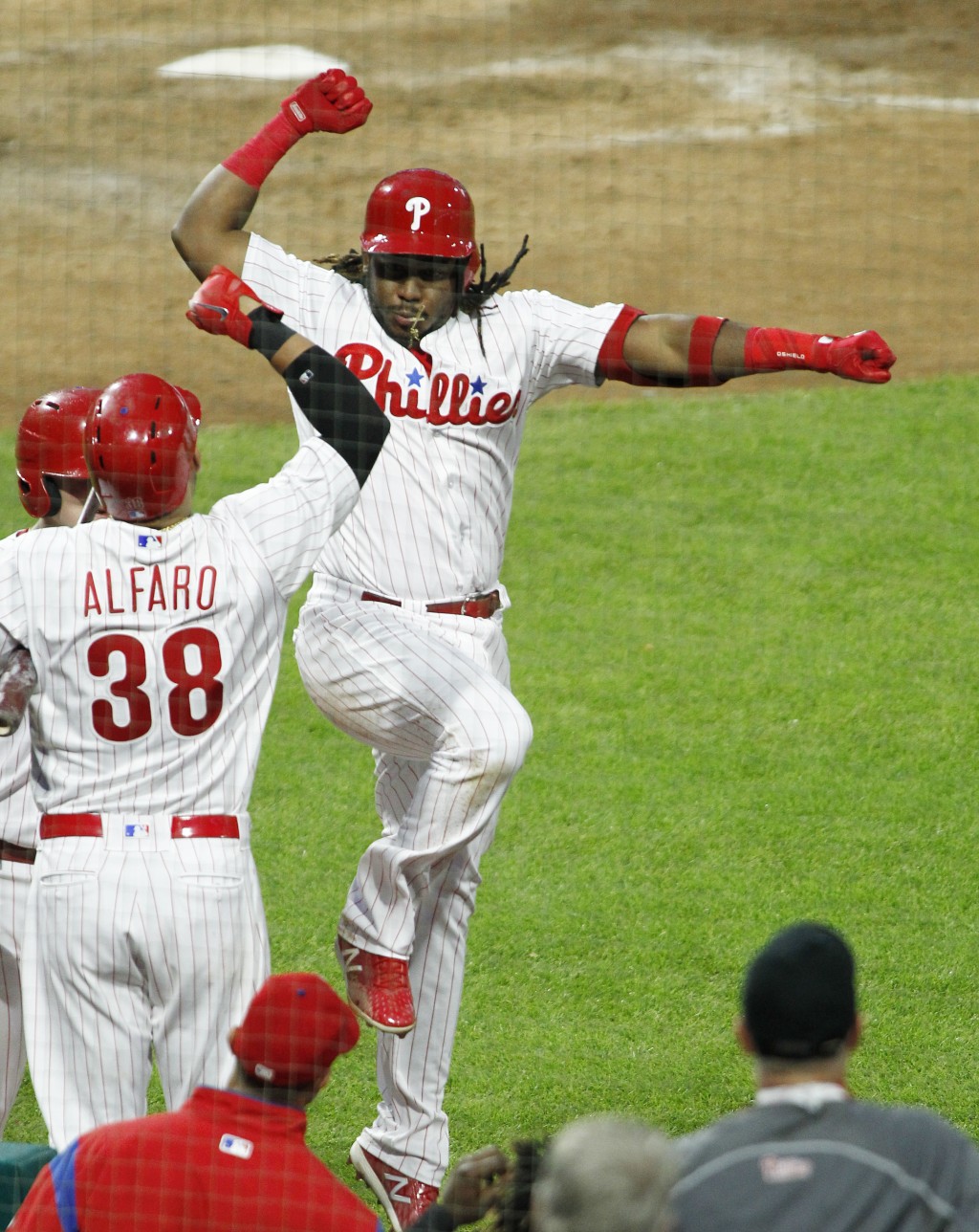 PHILADELPHIA (AP) — Phillies center fielder Odubel Herrera reached way into the bushes beyond the wall to make a sensational catch that robbed Freddie Freeman of a home run, but the Atlanta Braves wound up beating Philadelphia 4-1 Saturday night.

Freeman later hit an RBI triple and Nick Markakis homered, helping Mike Foltynewicz and the Braves win for the ninth time in their last 12 games in Philadelphia.

The Braves led 2-0 in the third inning when Freeman hit a drive to deep center. It looked like a two-run homer off the bat, but Herrera jumped high and reached far over the fence.

As he caught the ball, Herrera's glove went into a bush that is part of the batter's eye. Herrera still held onto the ball, drawing loud cheers from the fans and amazed reactions from his teammates. The out call was upheld after a video review confirmed Herrera made the catch.

Foltynewicz (2-1) allowed one run on three hits in six innings, striking out six and walking two. Arodys Vizcaino pitched a scoreless ninth for his third save.

Maikel Franco homered for the Phillies.

Markakis gave Atlanta an early lead with a leadoff homer in the second against Nick Pivetta (1-1).

The Braves went up 3-0 with a pair of runs in the third. Ryan Flaherty and Foltynewicz reached on a pair of singles that didn't leave the infield, Ender Inciarte hit an RBI single and Ozzie Albies added a sacrifice fly.

Two innings later, Freeman put the Braves up 4-0 with an RBI triple to right-center that was far enough away from Herrera to find ground.

Phillies: RHP Jerad Eickhoff threw a two-inning bullpen session on Saturday as he tries to work his way back from a strained right lat that has kept him on the DL all season. . SS J.P. Crawford (right elbow strain) was lifted for Pedro Florimon in the fifth.