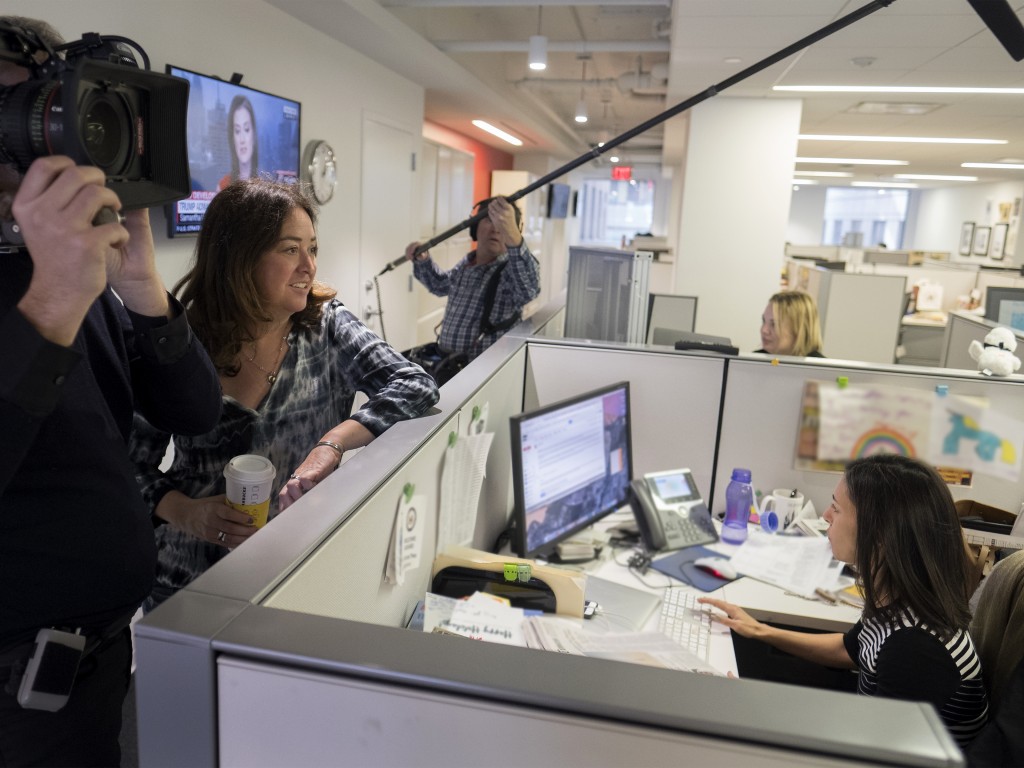 The first episode of Liz Garbus' "The Fourth Estate" screened Saturday as the closing night film at Tribeca. It premieres on Showtime in May.

Garbus' first day shooting inside the Times newsroom was inauguration day. Her final day was April 16, the day the Pulitzer Prizes announced the Times had won three of the awards.

One of the series' regular personalities is White House correspondent Maggie Haberman. Trump recently called her a "third-rate reporter" and claimed he doesn't speak to her. Haberman is seen interviewing Trump by phone in the documentary.