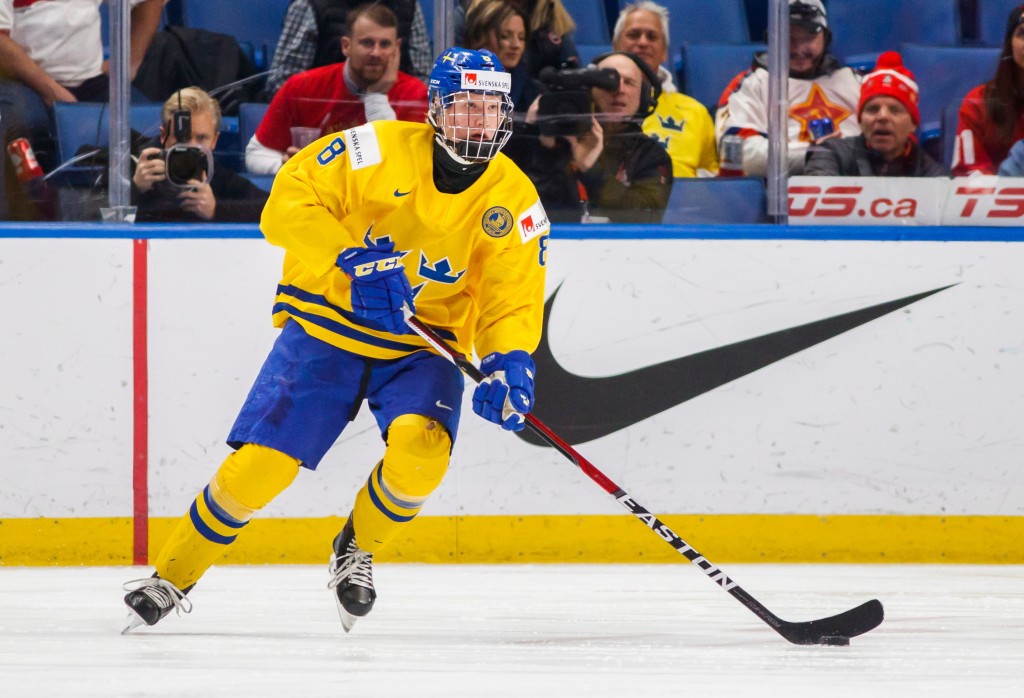 The Carolina Hurricanes have vaulted into a position to land one of the top three picks of this year's NHL draft.

They're joined by the Montreal Canadiens and the last-place finishing Buffalo Sabres as the three teams still in the running after the league unveiled picks No. 4 through 15 as part of the NHL draft lottery conducted in Toronto on Saturday night.

The order of the top three selections will be announced later during the second intermission of Game 2 of the second-round playoff series game between the Vegas Golden Knights and San Jose Sharks.

The Hurricanes entered the lottery with a three percent chance of landing the No. 1 pick after they finished 21st in the standings. Montreal is also making a move up after having the fourth-best shot at landing the No. 1 selection.

The Sabres won at least one of the three lottery drawings after finishing last in the standings and having the best odds — 18.5 percent — to land the No. 1 pick.

Swedish defenseman Rasmus Dahlin is regarded as the top-rated prospect and is listed first among European skaters in the final NHL Central Scouting Bureau's final rankings. Russian forward Andrei Svechnikov is the top-ranked North American prospect based on him playing for Barrie of the Ontario Hockey League.