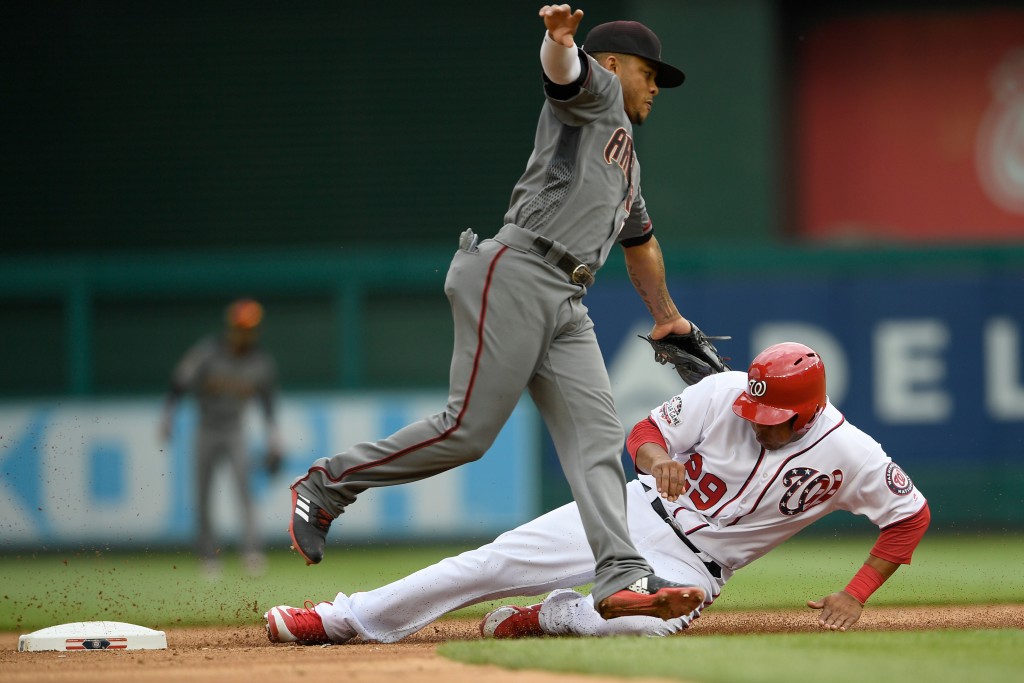 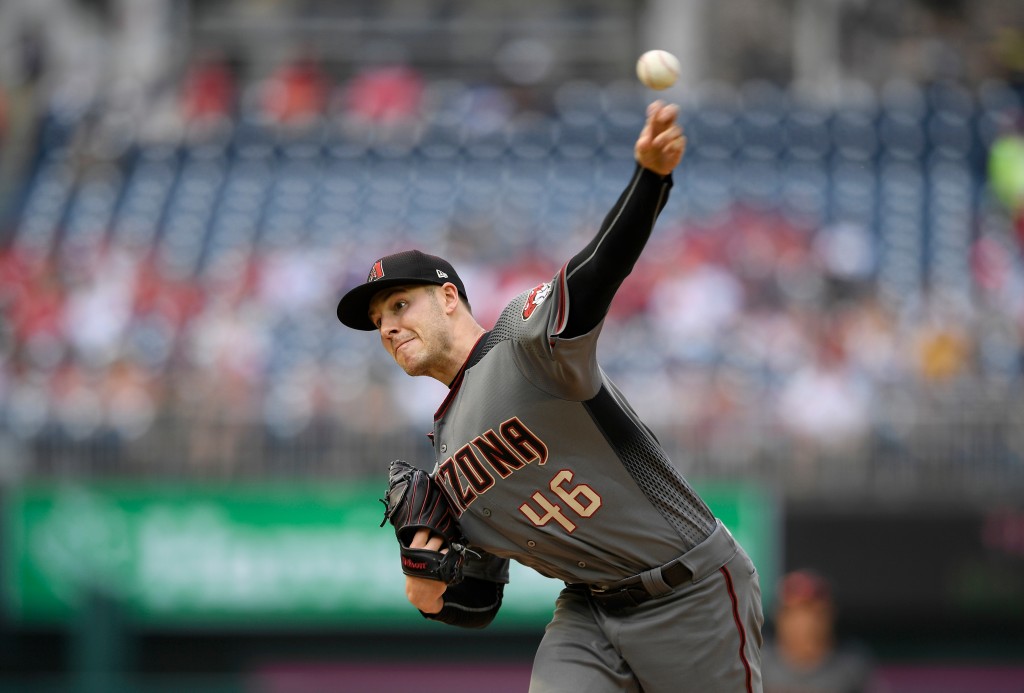 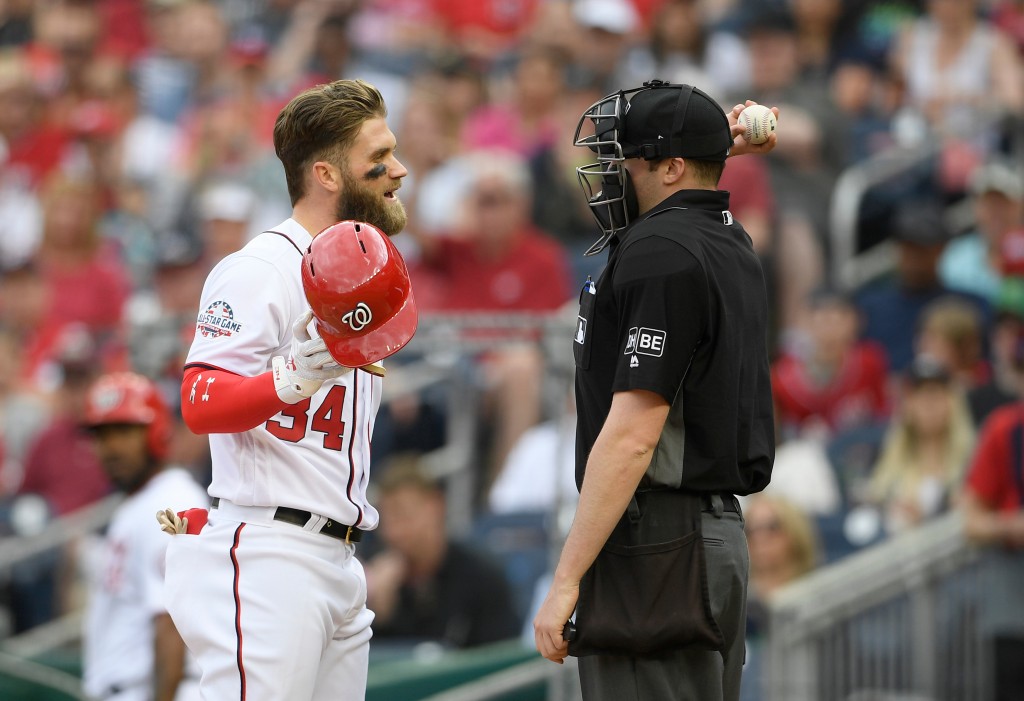 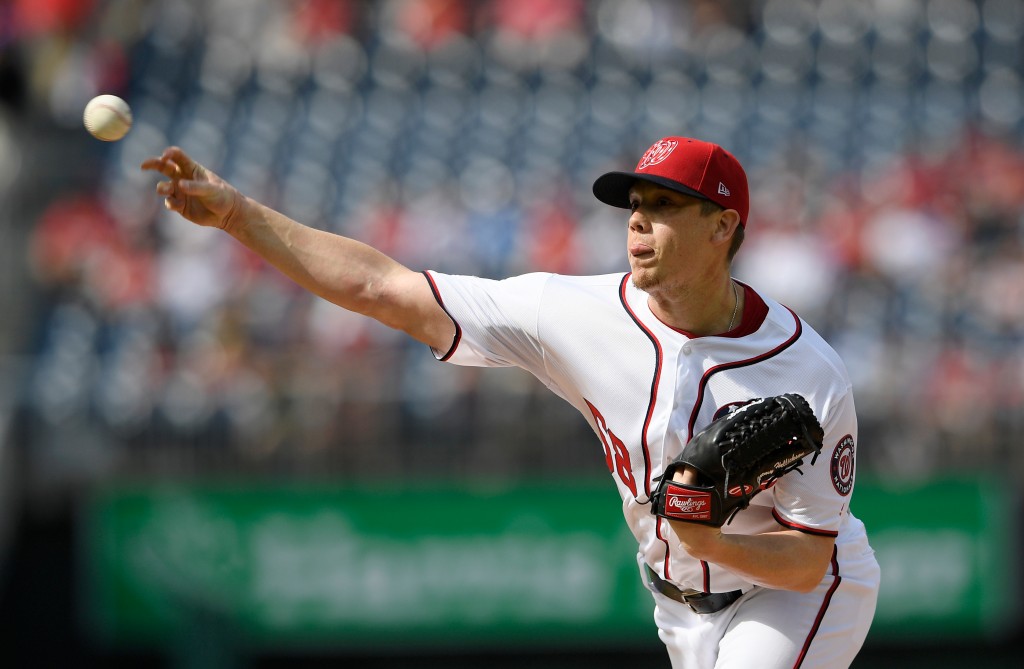 WASHINGTON (AP) — David Peralta connected twice in his first multihomer game and Nick Ahmed scored the winning run on a bases-loaded walk in the 10th inning, sending the Arizona Diamondbacks to a 4-3 victory over the Washington Nationals on Saturday.

The NL West-leading Diamondbacks took the first two games of the weekend set in Washington to become the first NL team since the 1907 Cubs to win nine straight series to start a season.

Ahmed led off the 10th with a double off Sammy Solis (0-1). Peralta walked with one out before Austin Adams replaced Solis and issued consecutive walks to Jarrod Dyson and A.J. Pollock, putting the Diamondbacks in front.

Yoshihisa Hirano (2-0) pitched a scoreless ninth inning for the win. The Nationals loaded the bases with two out in the 10th before Brad Boxberger got Michael A. Taylor to bounce into a fielder's choice to pick up his eighth save in eight chances.

Washington jumped in front on Ryan Zimmerman's two-run shot off Patrick Corbin in the third. It was the fourth homer of the season for Zimmerman, who batted second in the order for the first time since 2015.

Peralta responded with solo shots in the fourth and sixth, giving him five on the season. He also singled and walked.

Howie Kendrick's second homer in as many days gave the Nationals a 3-2 lead in the sixth. But Pollock hit a two-out RBI single off Ryan Madson in the eighth.

Washington dropped to 3-9 at home this season.

Nationals: 3B Anthony Rendon (toe contusion) took pregame batting practice on the field and is eligible to return from the DL on Sunday. ... RHP Shawn Kelley (right elbow irritation) threw in the outfield before the game, surprising manager Dave Martinez. "I couldn't believe he was throwing but he's throwing," Martinez said. "He says he feels fine so that's good news."