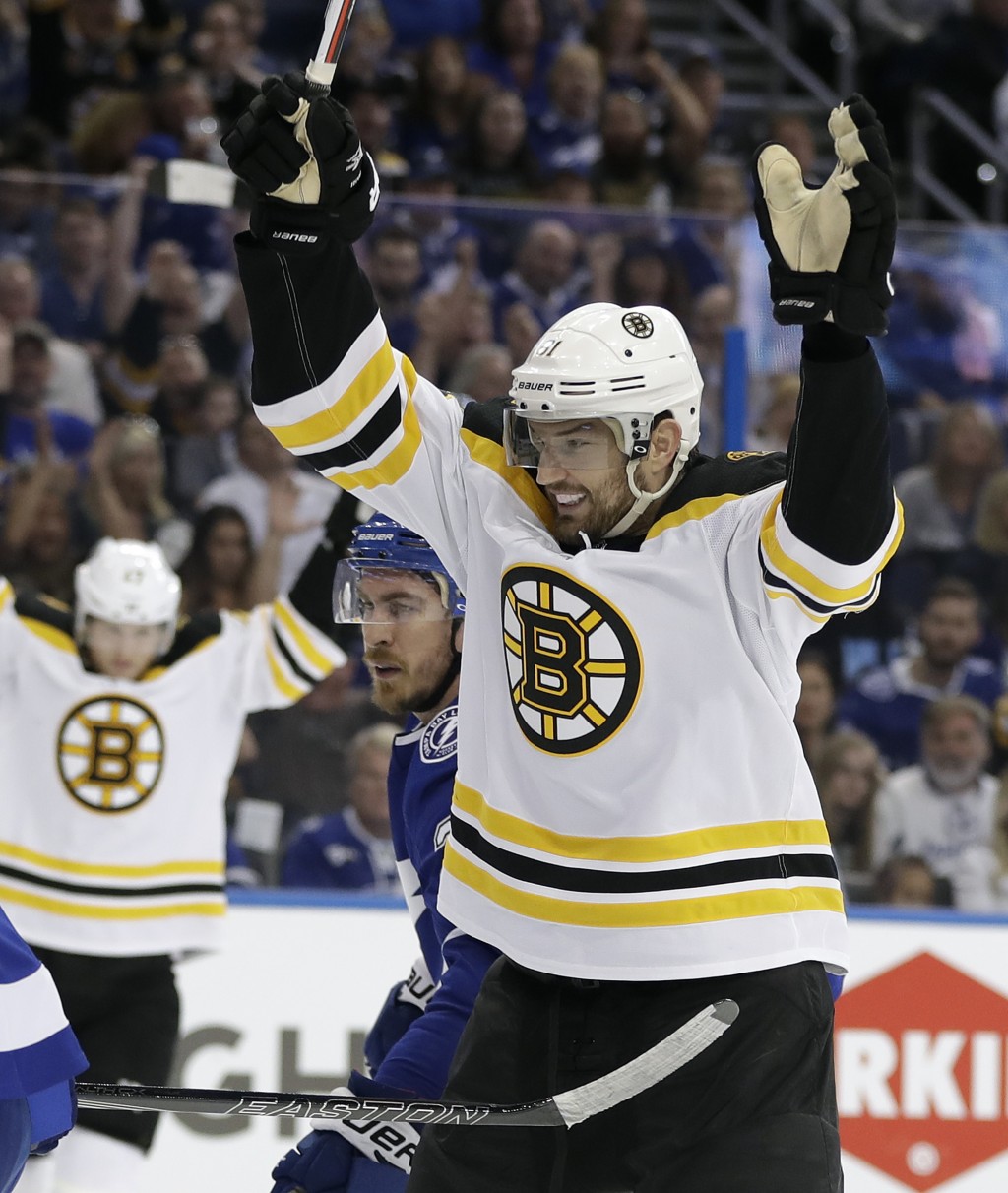 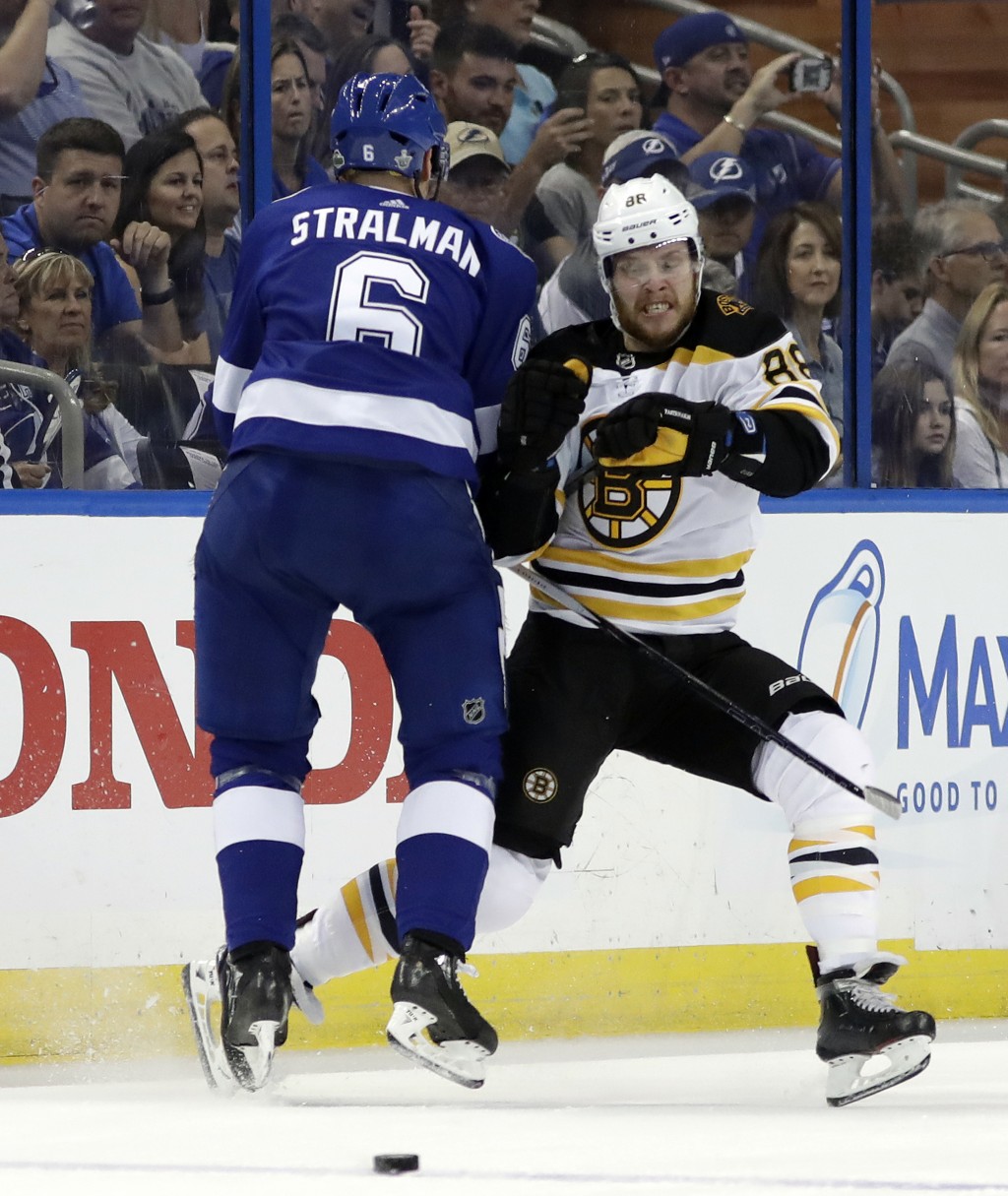 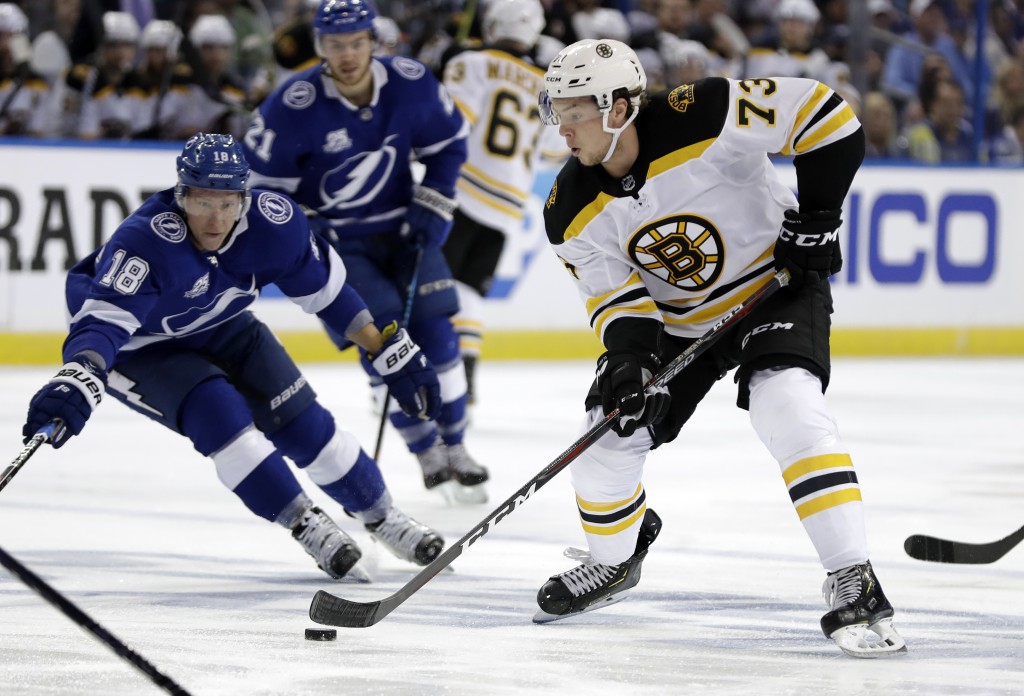 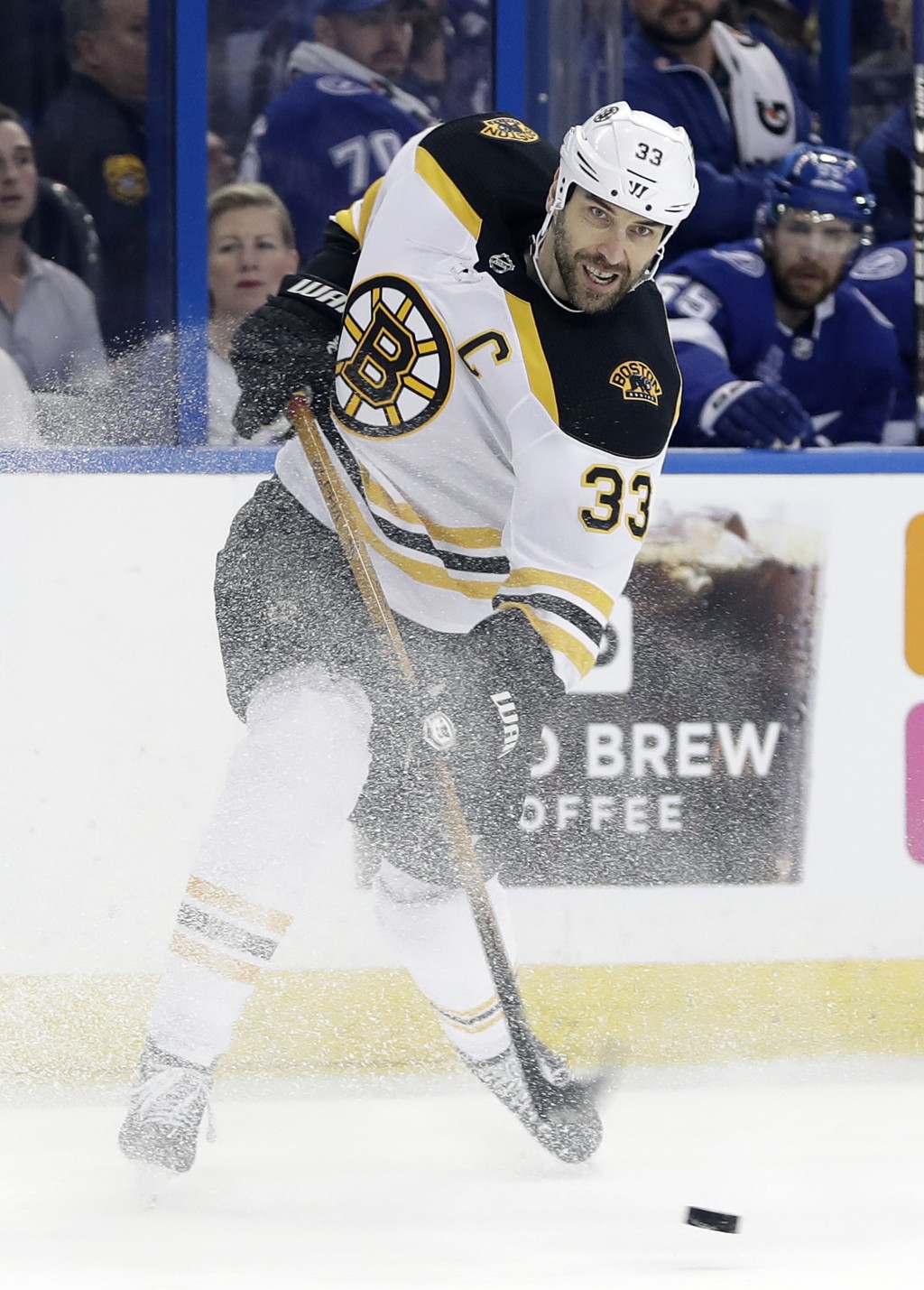 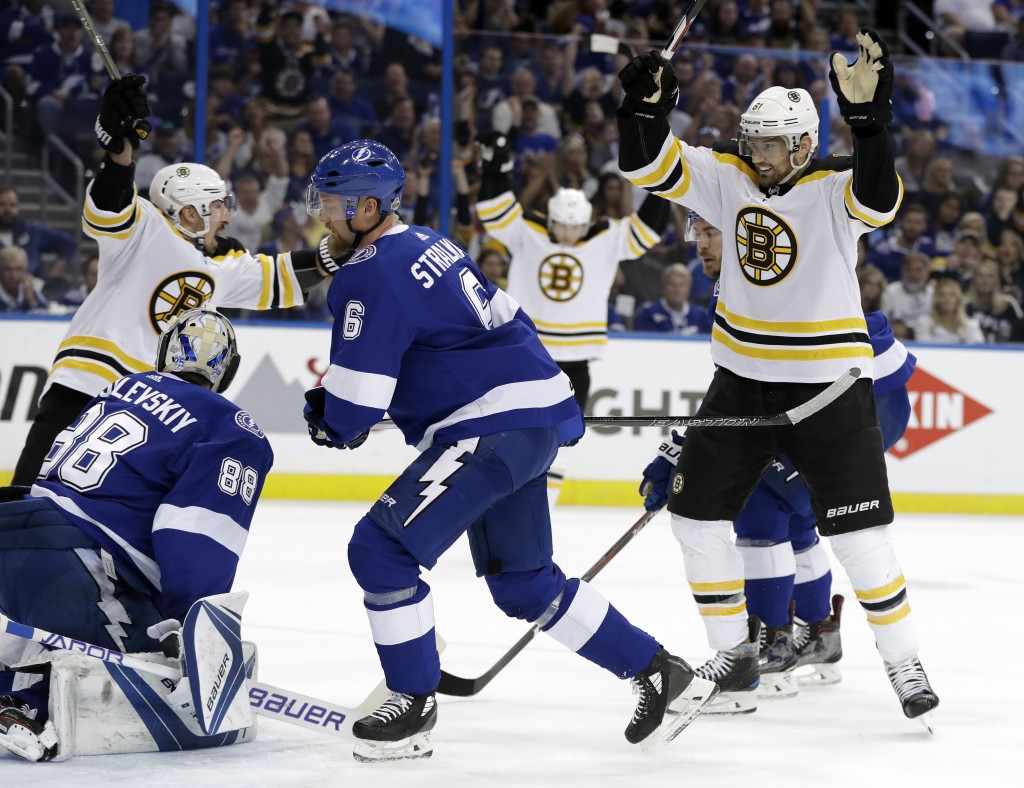 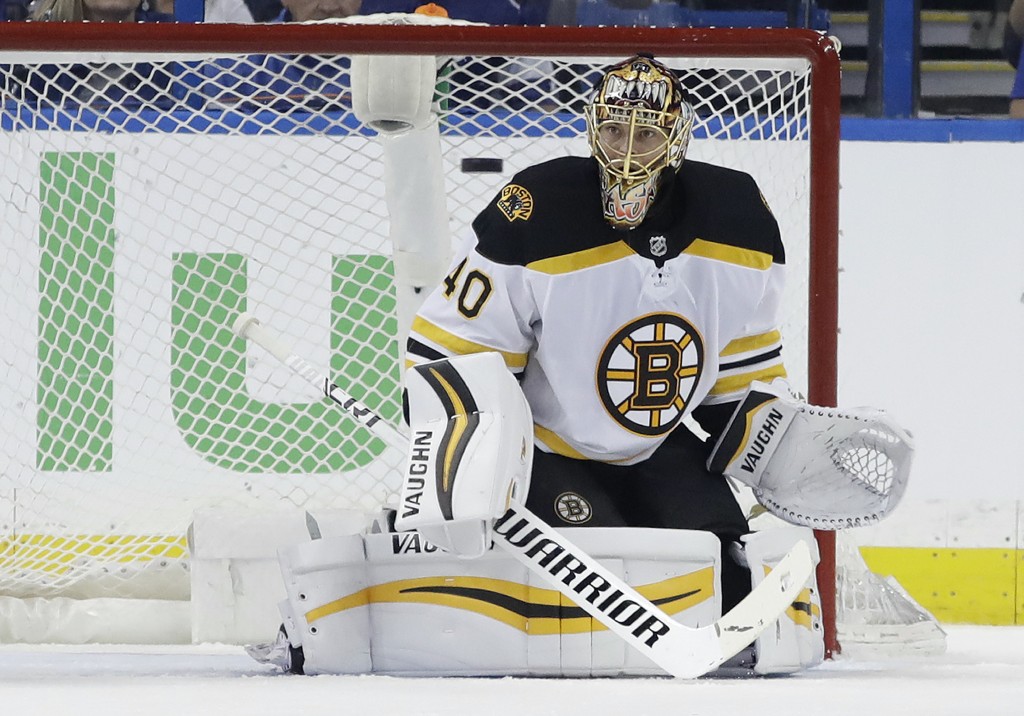 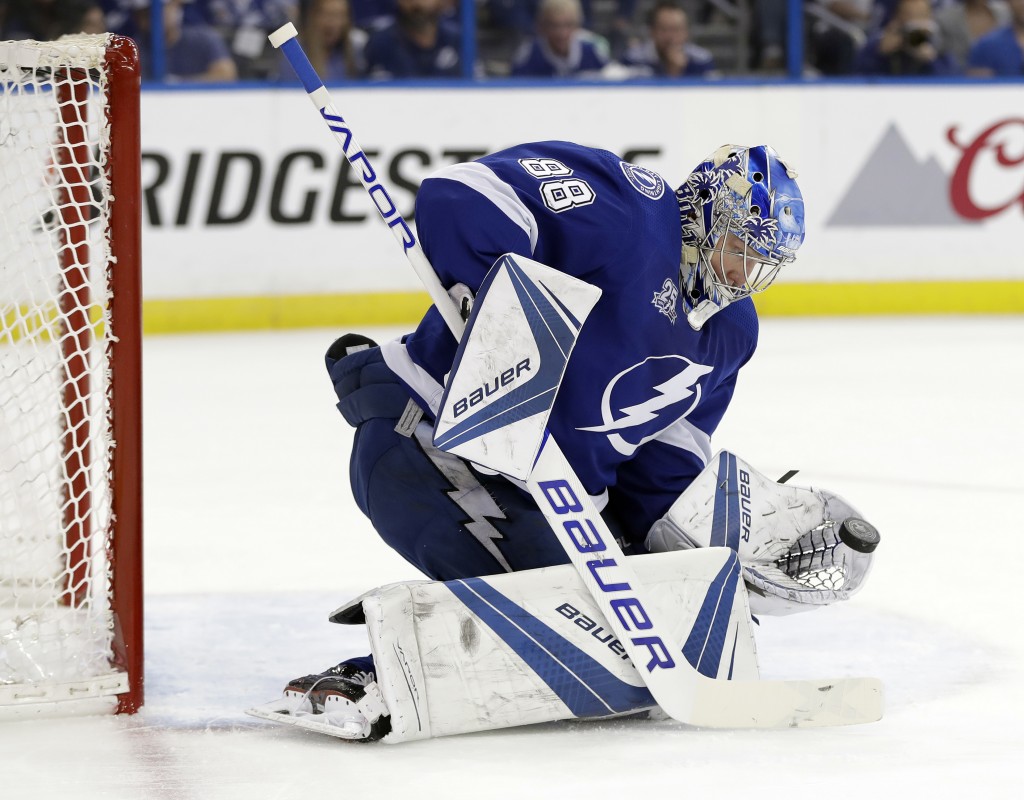 TAMPA, Fla. (AP) — Rick Nash and Boston's high-scoring line of Patrice Bergeron, David Pastrnak and Brad Marchand are to a flying start in the second round of the Stanley Cup playoffs.

Nash had two goals and Bergeron, Pastrnak and Marchand combined for 10 points Saturday, helping the Bruins pull away for a 6-2 victory over the Tampa Bay Lightning in Game 1 of the best-of-seven series.

Bergeron also scored twice, Marchand had a goal and two assists, and Pastrnak finished with four assists in a dominating performance.

Tuukka Rask stopped 34 shots for the Bruins, who finished one point behind Tampa Bay for the Atlantic Division title, as well as the No. 1 seed in the Eastern Conference.

Dan Girardi and Mikhail Sergachev scored for the Lightning, who trailed 3-2 entering the third period.

The Bruins had just 10 shots against Lightning goalie Andrei Vasilevskiy over the last two periods, but made the most of the limited opportunities.

Rask won three of four starts against the Lightning during the regular season, with Tampa Bay's lone victory coming in the final meeting.

Pastrnak assisted on each of Boston's first three goals and added another on Bergeron's third-period goal, giving him 12 helpers in eight playoff games.

Nash, meanwhile, got his second and third goals of the postseason, scoring on the power play at 17:11 of the opening period and 12:33 of the second to put the Bruins up 3-1. Sergachev countered on the power play, trimming Tampa Bay's deficit to 3-2.

NOTES: The Lightning outshot the Bruins 36-24. ... Vasilevskiy stopped 18 shots. ... Rask lost the blade on his left skate and was trying to get the attention of the officials just before Sergachev's goal. Play was not stopped because losing a blade is not considered a safety issue. ... The Bruins and Lightning are meeting in the playoffs for only the second time. The teams also met in the 2011 Eastern Conference Final, won by Boston in seven games. Six current Bruins — Bergeron, Marchand, Rask, Zdeno Chara, David Krejci and Adam McQuaid were part of that team, which went on win the Stanley Cup.