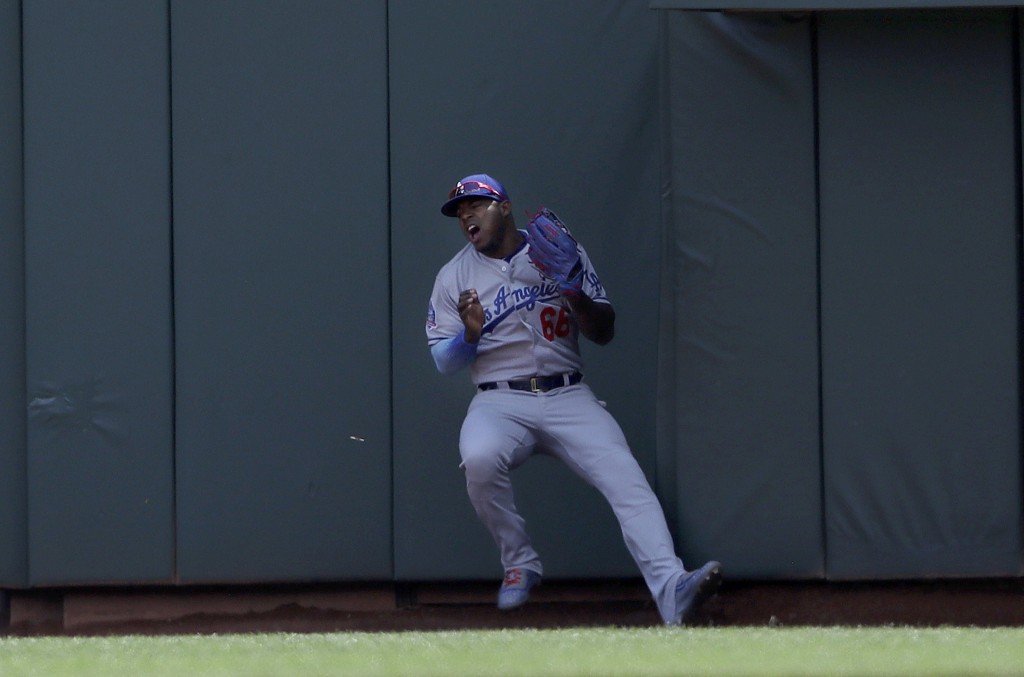 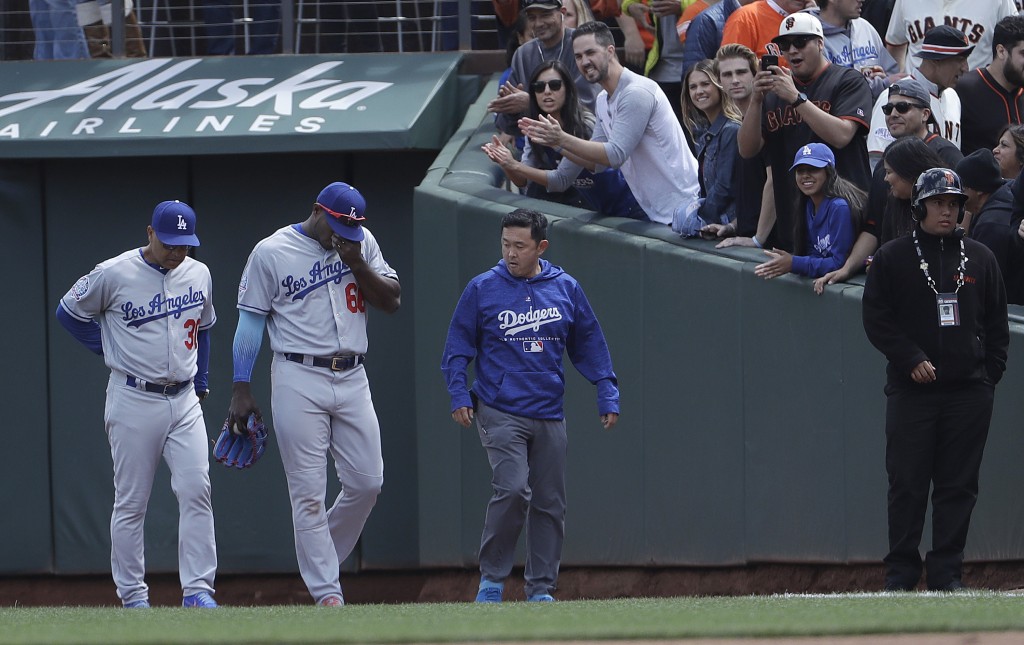 SAN FRANCISCO (AP) — Los Angeles Dodgers right fielder Yasiel Puig has crashed into a wall chasing a foul ball and was taken out of the first game of a doubleheader with the San Francisco Giants because of soreness in his left hip.

Puig made a running one-handed catch and ran into a padded wall at AT&T Park while chasing down Nick Hundley's deep foul to end the first inning. Manager Dave Roberts and team trainers rushed out and ran down the right field line as Puig dropped to the turf before getting to one knee.

Puig remained on one knee for several moments, then got to his feet and walked slowly into the Dodgers' dugout. He came out to bat in the second inning, fouled a ball of his foot, then flied out.

First baseman Cody Bellinger moved to right field after Puig was taken out.