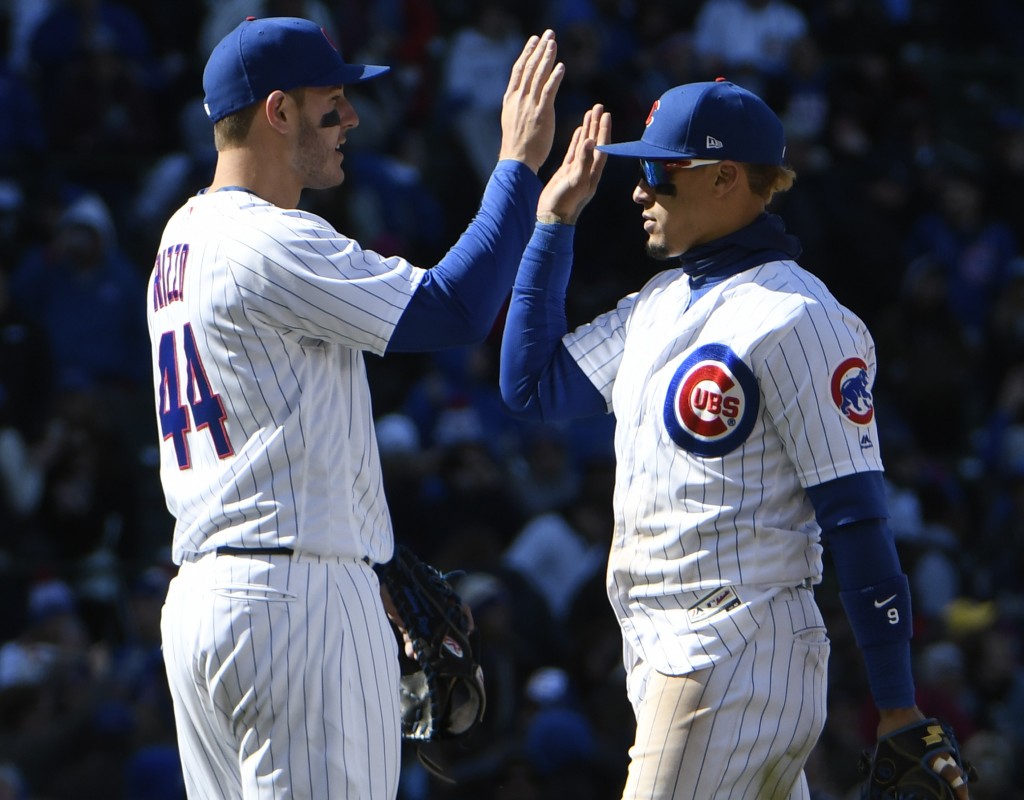 Quintana (3-1) has thrown 24 straight scoreless innings against Milwaukee dating to July 28. The left-hander tossed six innings of three-hit ball in a 3-0 win at Miller Park on April 8.

Tommy La Stella drove in two runs with a pinch-hit single in the seventh, and Javier Baez had a run-scoring double in Chicago's third straight victory.

With Kris Bryant back in the lineup, the Cubs improved to 6-1 against the Brewers this season, including four shutouts. Bryant went 0 for 3 with a walk in his first appearance since being hit in the helmet by a pitch last Sunday.

Junior Guerra (2-1) pitched six innings of one-run ball, but Milwaukee finished with just two hits. The Brewers have just two runs and 12 hits through the first three games of the four-game set.

Odorizzi (2-2) gave up one run and five hits. Fernando Rodney worked around two walks while pitching a scoreless ninth for his third save in six chances.

Scott Schebler homered for the Reds, and Devin Mesoraco had two hits. Joey Votto went 0 for 3 with a walk, stopping his homer streak at four games.

The White Sox are 5-0 against the Royals this season and 3-16 against other opponents. The Royals have been outscored 32-11 in their five-game losing streak and are a major league-worst 1-12 at home.

Fulmer (2-1) walked three and struck out three. Palka hit his first career homer in the seventh, a three-run shot off Burch Smith.

Kansas City's Trevor Oaks (0-1) was tagged for five runs and 12 hits over five innings in his major league debut.