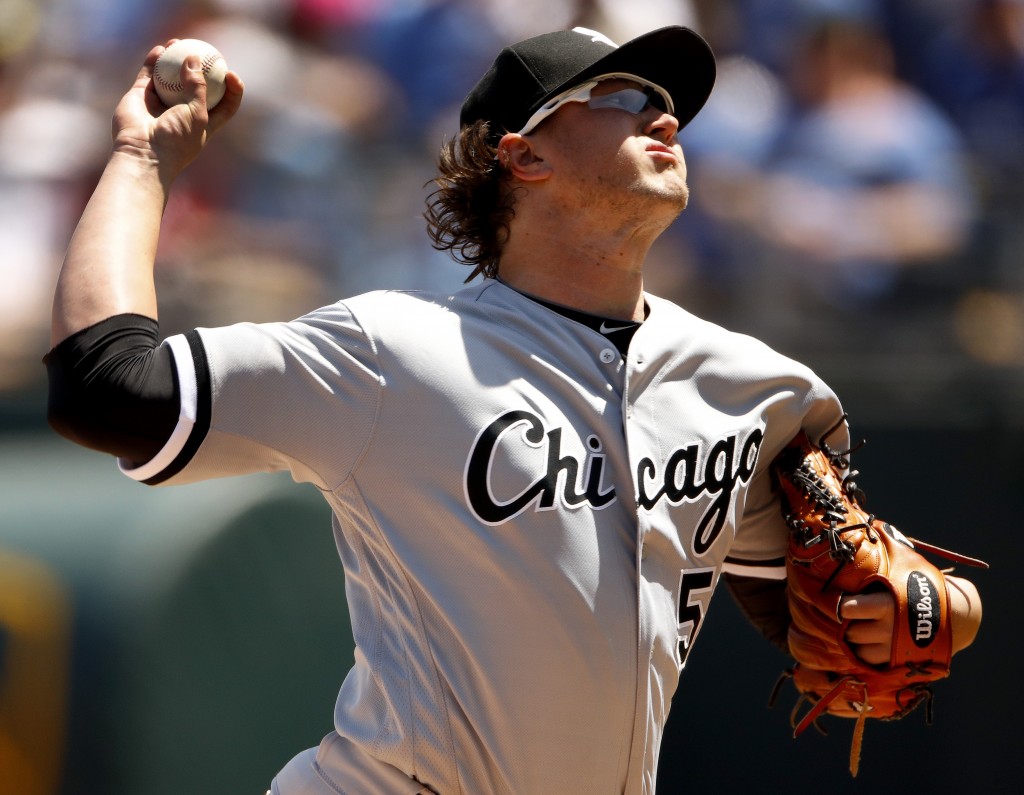 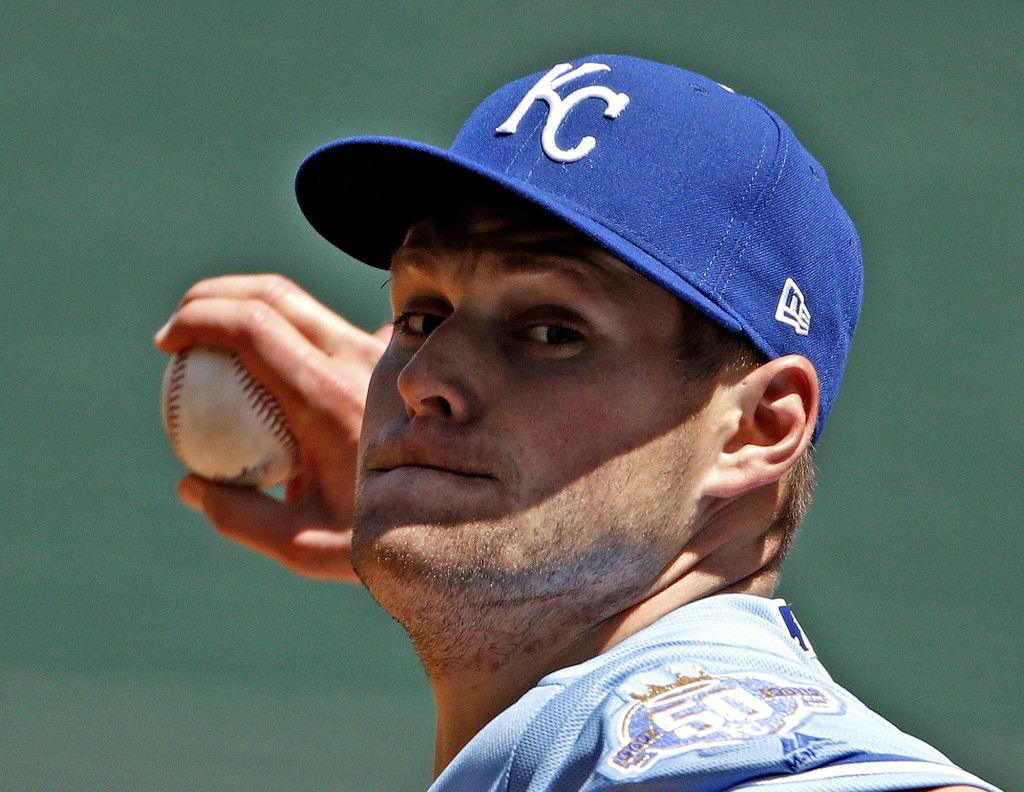 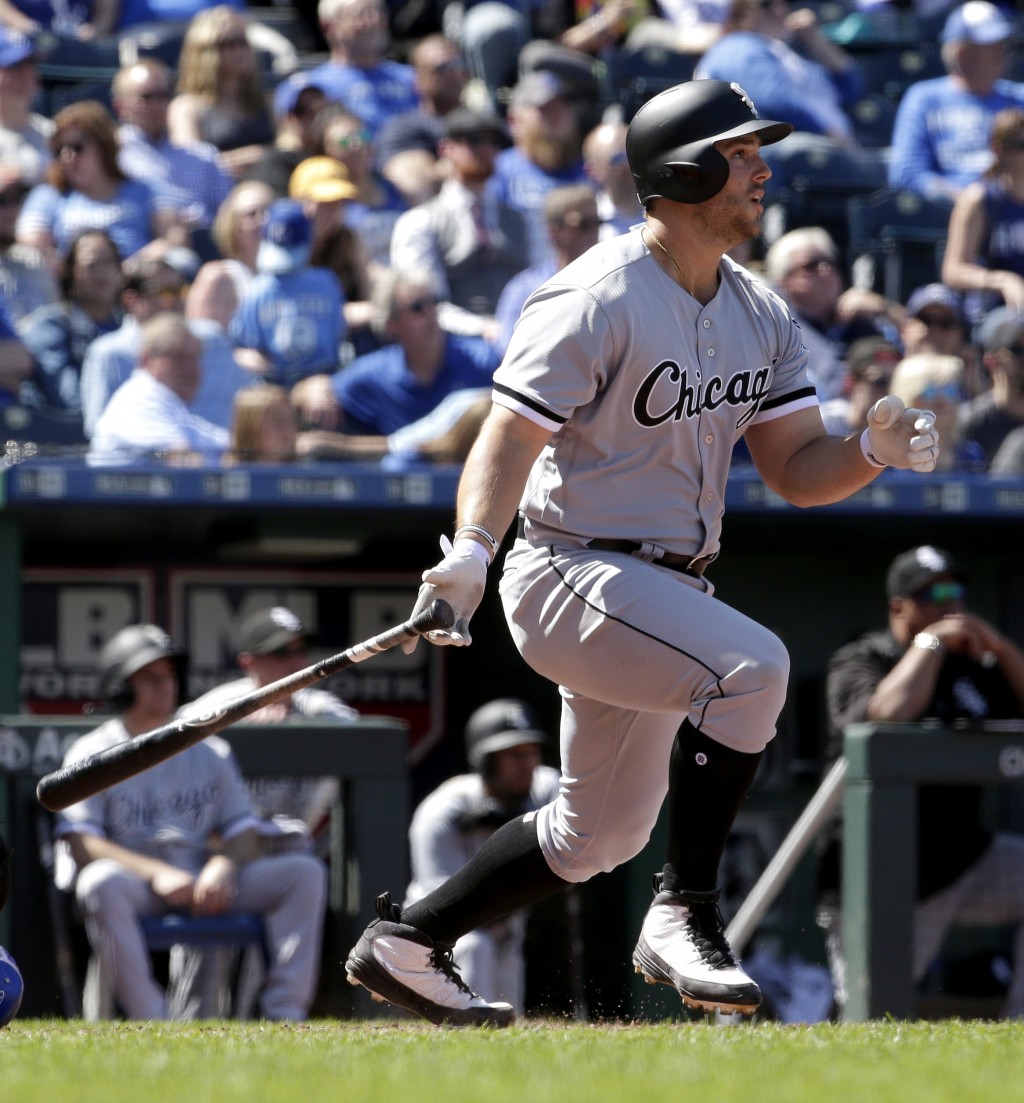 The White Sox are 5-0 against the Royals this season and 3-16 against other opponents. The Royals have been outscored 32-11 in their five-game losing streak and are a major league-worst 1-12 at home.

Fulmer (2-1) left after 109 pitches, walked three and struck out three. In his past two starts, he has allowed seven hits and two runs over 13 innings.

Palka, who was hitless in his first eight at-bats since debuting Wednesday, was a triple shy of a cycle. He hit a three-run homer in the seventh off Burch Smith.

Yolmer Sanchez also drove in three runs with a bases-clearing double in the fourth inning.

Matt Davidson, who has seven home runs against the Royals this season, hit a double and two singles.

Trevor Oaks (0-1), who was the Royals' 26h man, gave up five runs on 12 hits over five innings in his major league debut.

The Royals loaded the bases in the first inning on walks to Salvador Perez and Jorge Soler sandwiched around a Lucas Duda single, but Jon Jay flied out to the right field warning track to end the threat.

Soler has walked in eight straight games, matching the longest streak this season in the majors.

Royals RHP Clay Buchholz allowed one earned run on four hits over five innings in a no-decision in a start for Triple-A Omaha at Colorado Springs. The 33-year-old right-hander who was a two-time American League All-Star selection with Boston is 1-0 with a 1.13 ERA in three minor league starts. He signed a minor league contract in late March with the Royals with an out clause if not added to the big league roster by Tuesday.

Reliever Juan Minaya was called up from Triple-A Charlotte to serve as the White Sox 26th man for the split doubleheader.

White Sox: LF Nicky Delmonico returned to the lineup after missing the previous two games with a stiff neck.

The Royals will start RHP Ian Kennedy in the series finale. Kennedy left his previous start after three innings with a bruised toe after taking a line drive off his foot. The White Sox have not yet announced their starter.