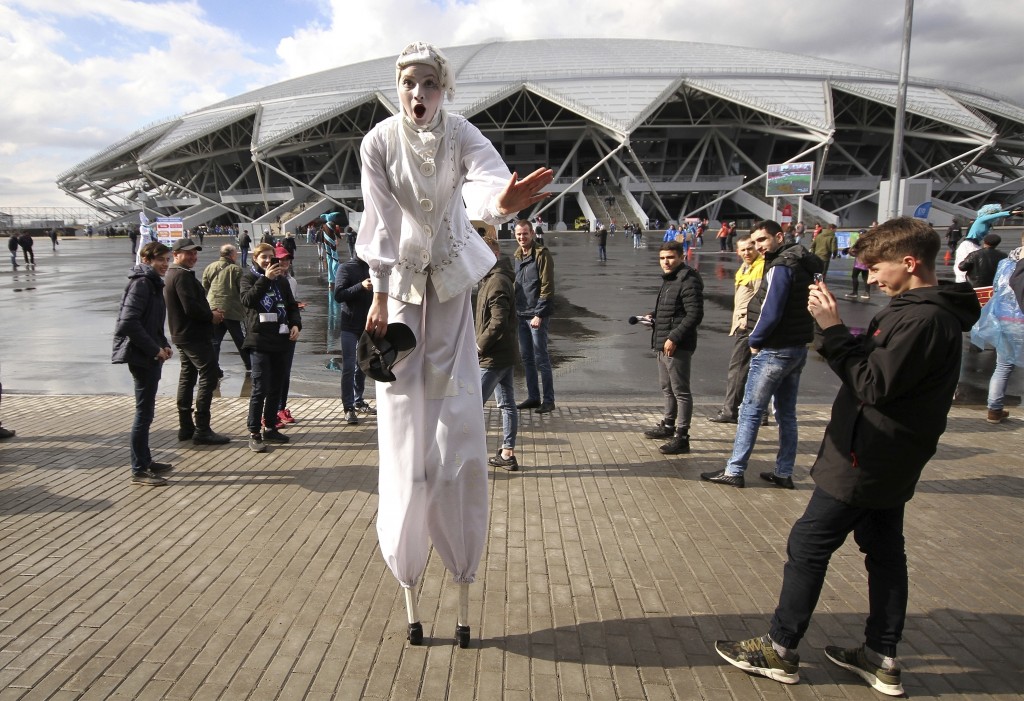 MOSCOW (AP) — A much-delayed stadium in Samara has become the last of Russia's World Cup arenas to open its doors, less than two months before the tournament.

The Samara Arena held its first test game on Saturday as local second-tier club Krylya Sovetov Samara came from behind to beat Fakel Voronezh 2-1 in front of around 14,000 fans in the 45,000-seat stadium.

The stadium was repeatedly delayed because of its complex roof design — meant to evoke space — and disputes over costs between government officials and stadium contractors.

Only parts of the stands were open for Saturday's game, meant as an initial check of transport and other infrastructure.

The stadium will hold six World Cup games including a quarterfinal. In the group stage, its star attraction is a clash between host team Russia and Luis Suarez's Uruguay.