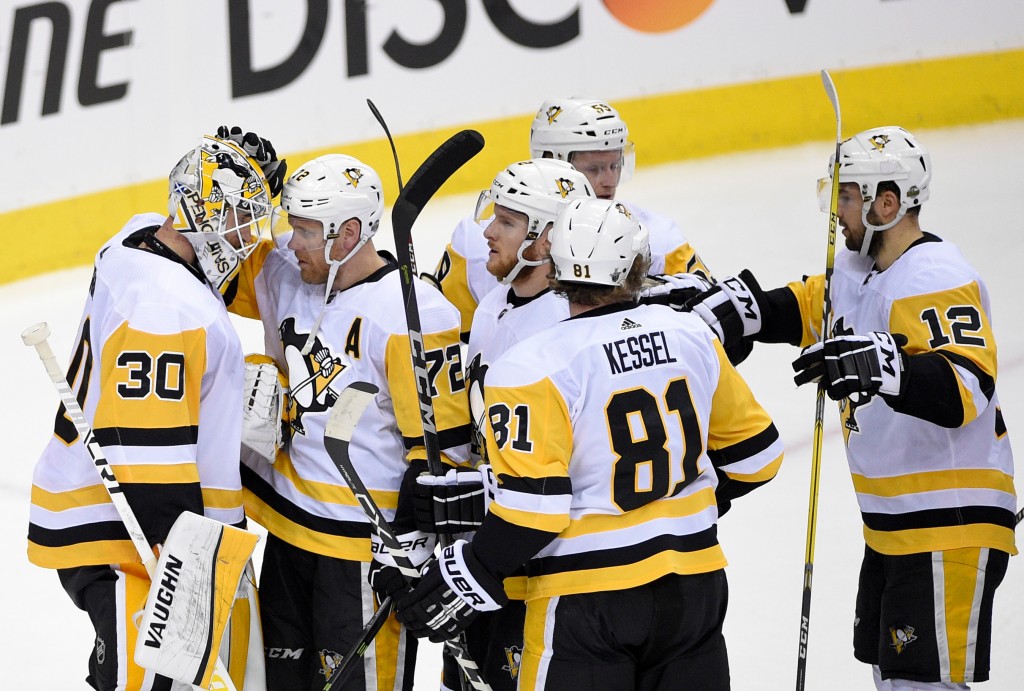 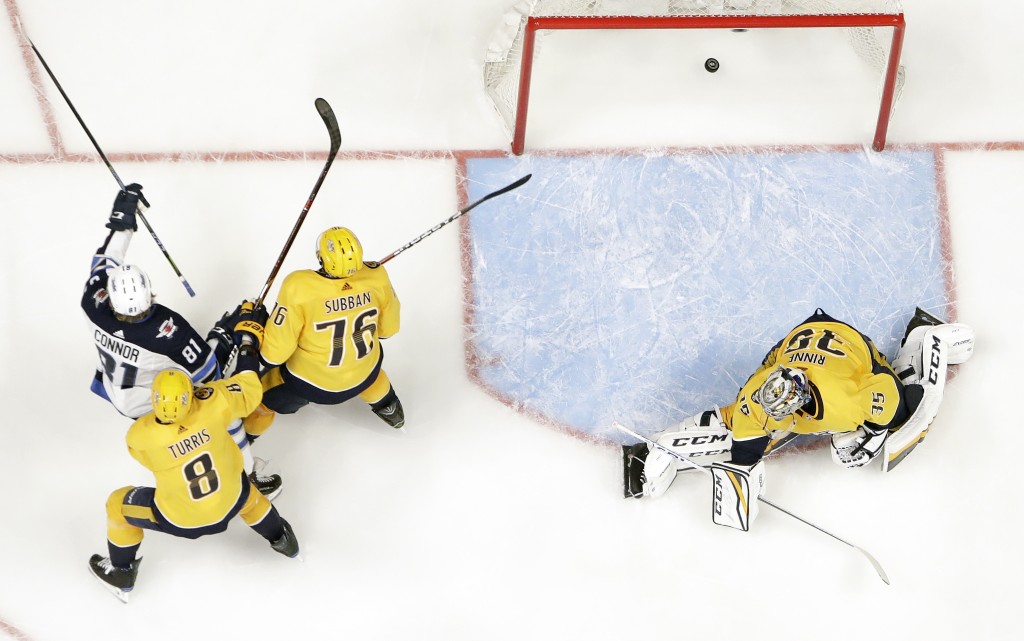 The road back to the Stanley Cup Final took two very different turns for the Penguins and Predators at the start of the second round.

Back-to-back defending champion Pittsburgh roared back from a two-goal, third-period deficit to beat the Washington Capitals, while the Winnipeg Jets chased Nashville goaltender Pekka Rinne in a convincing 4-1 victory in Game 1. As each team prepares for Game 2, two key pieces could be ready to help.

Penguins center Evgeni Malkin practiced Saturday and is on the verge of returning to the lineup after missing the past two games with an apparent leg injury. Coach Mike Sullivan called Malkin a game-time decision, though signs are pointing to the Russian star playing Sunday at Washington (3 p.m. EDT, NBC).

"If I'm playing, I'm ready to play," Malkin said. "If you play, you need to show you can, you show you're 100 percent. It's not like the regular season. You can't play slow the first period and be better in third. If I play, if I'm ready, I'm ready first shift."

Predators winger Auston Watson skated just seven first-period shifts Friday night before leaving with an undisclosed injury. His teammates outshot the Jets 48-19 and still lost, though a healthy Watson for Game 2 back in Music City (7 p.m., NBCSN) could make a difference as the defending Western Conference champions try to even the series between the NHL's top two teams.

"Getting this squared up before we go to Winnipeg is definitely important," said Watson, who felt great and called it a good practice. "We'll do our best to take care of business."

The Penguins and Predators each took care of business in six games in the first round. Malkin had three goals and two assists in five games before being injured against Philadelphia, and the line of Colton Sissons, former Pittsburgh center Nick Bonino and Watson combined for 19 points in beating Colorado.

It's impossible to overstate Malkin's value to the Penguins. Top-line winger Jake Guentzel called Malkin's potential return a "game-changer," restoring one of their most dangerous options on the power play and at even strength after a season in which the 31-year-old forward put up 98 points.

Malkin skated on the fourth line between rookie Zack Aston-Reese and Tom Kuhnhackl at practice and on the first power-play unit. If he plays, it wouldn't be in a limited role.

"Putting Geno on the fourth line? Probably not," Sullivan said. "We'll try to put him in a position where he can play to his strengths, be successful as an individual and help our team win."

Just as the Penguins drew on two long playoff runs to come back against the Capitals, the Predators need only look up at their Western Conference champions banner in the rafters as they try to rebound.

"We just have to keep having that bounce-back mentality we've had since I've been here for two and a half years," center Ryan Johansen said. "We're looking forward to tomorrow night's game because we know we're going to get a great response from everybody in here."

Referees combined to call three penalties each in Game 1 of Penguins-Capitals and Jets-Predators. Nashville was the most-penalized team in the league during the regular season but hasn't taken one its past two games.

"We're trying to get better in a lot of different areas," coach Peter Laviolette said. "And you hope that through the course of fixing some things, continuing to do things right that you like, fixing some things, staying out of the penalty box, whatever it may be that at the end of the night you'll be able to move forward from that. There are some things that I guess are going in the right direction."

The strength of the Washington and Pittsburgh power plays has those teams watching themselves and trying to avoid time in the sin bin.

"I think both teams go into the series trying to be disciplined for that reason," Penguins captain Sidney Crosby said. "You don't want to give the power plays an opportunity to have an impact in the game.

Connor Hellebuyck, a Vezina Trophy finalist as the NHL's top goaltender, starred for the Jets in making 47 saves in Game 1. In a breakout year for the 24-year-old, it was the kind of game that showed Winnipeg it has someone ready to take on the best in the West.

"There's great difficulty in a lot of the saves and finding the puck in those scrums, but he's built for that," coach Paul Maurice said. "He's a big man that moves well and tracks well in traffic — especially close traffic. So he's capable of that kind of game in that kind of environment."