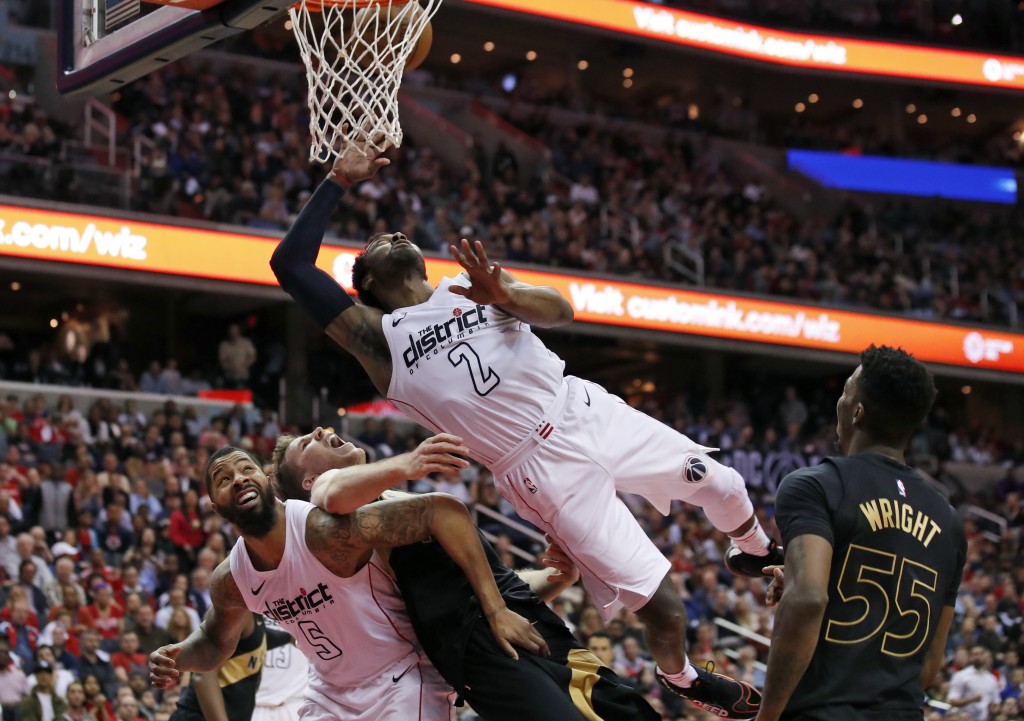 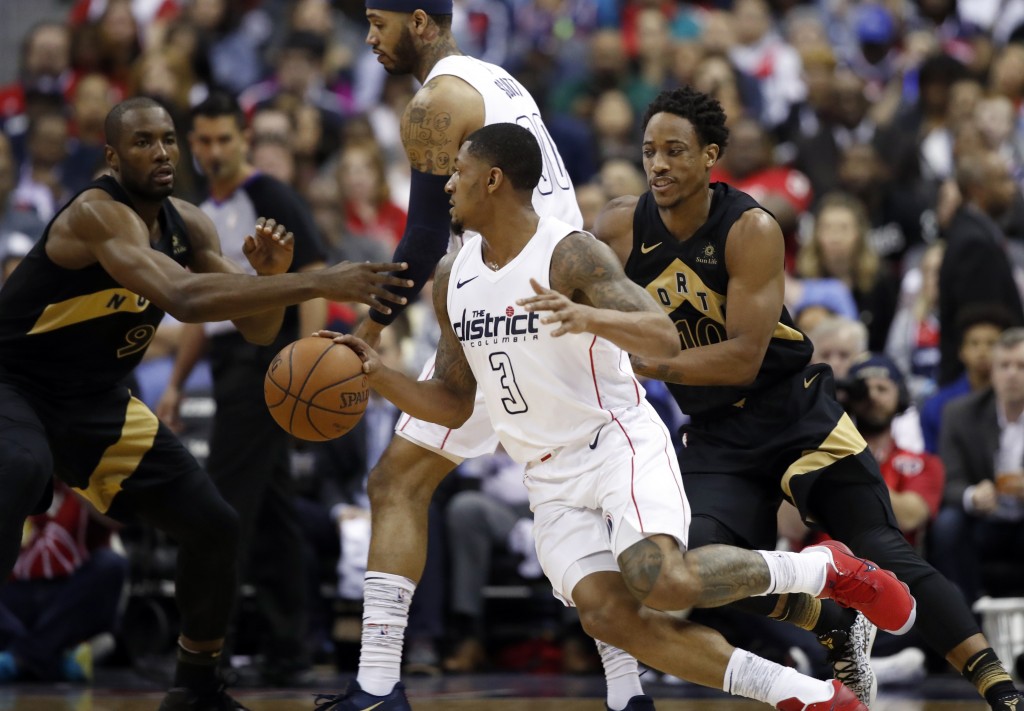 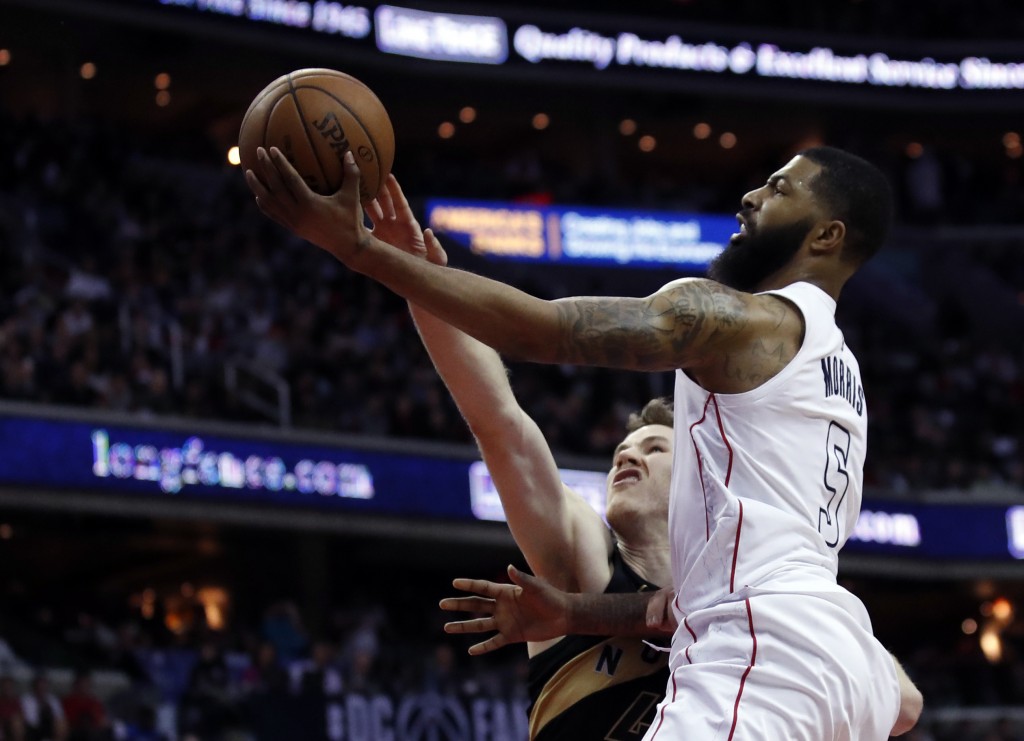 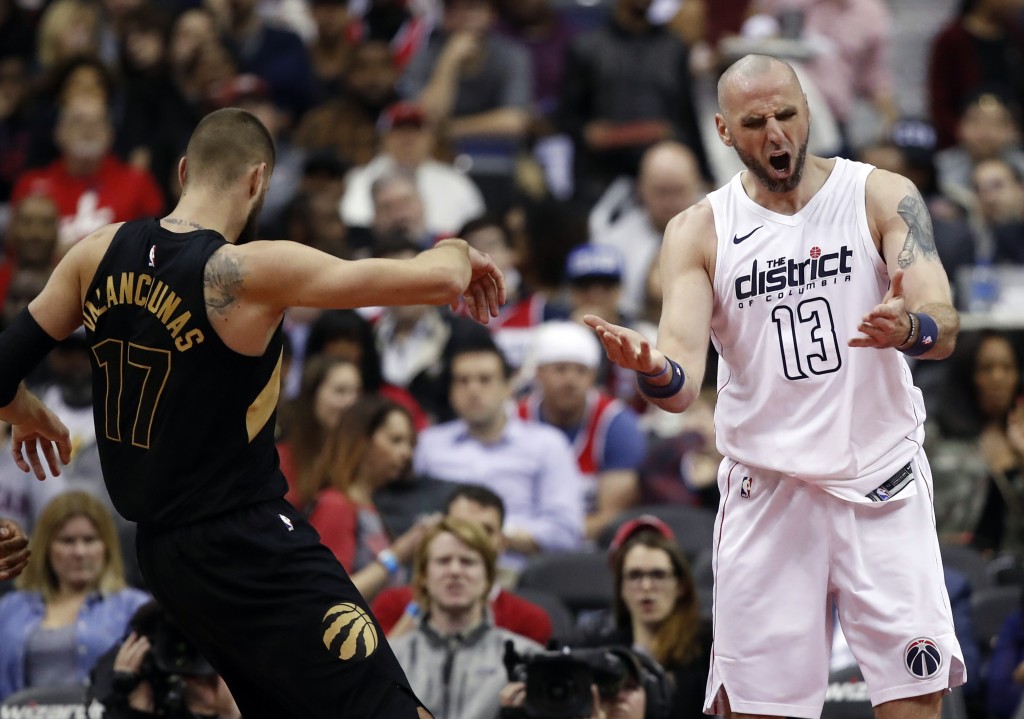 WASHINGTON (AP) — For a team that entered the season thinking it was ready to win 50 games and reach the Eastern Conference finals, coach Scott Brooks' Washington Wizards sure did lose a lot of games against teams that didn't even make the playoffs.

And everything revealed by those defeats against the likes of the Hawks and Magic, or the Mavericks and Suns, or the Nets and Bulls — a lack of consistency, for example, or an inability to close out opponents — were the same sorts of problems that failed the Wizards in their first-round exit as the No. 8 seed in the Eastern Conference.

"I don't know if we're too casual or something that was keeping us from being able to compete at the high level against all teams," Brooks said Saturday, the day after a 102-92 loss in Game 6 against the No. 1 seed Toronto Raptors ended Washington's season. "Got to figure that out."

"Sometimes it felt like it was immaturity," forward Markieff Morris said. "It's not coming in and doing our job."

The issue might have been as much a detriment as missing point guard John Wall for 41 regular-season games because of health problems — they were 23-18 with him, 20-21 without — or a mediocre reserve unit.

Shooting guard Bradley Beal, who joined Wall as an All-Star for the first time, agreed with Morris that the Wizards had a problem taking for granted games against foes with losing records.

"There were a lot of times that we would just show up and think we were just going to win the game," Beal said. "You can't do that. You have to respect everybody."

Wall and Beal — the team's two best players and its two leading scorers — are both playing under long-term, maximum-money contracts, as is its third option, small forward Otto Porter Jr.

And Brooks himself has three years left on his deal.

So the assumption is that this will be the core moving forward.

Now the question becomes whether that trio of players and their coach can finally take a step forward next year. Wall and Beal have yet to get past the second round of the playoffs.

"Going into the season," Brooks said, "we definitely had some high expectations."

Here are other things to know about the Wizards as their offseason begins:

There was a lot of speculation about whether there was shaky locker room chemistry, something shot down by reserve Mike Scott and Gortat. Asked about how he and Wall get along, Gortat replied: "We are good. Are we best friends? And, like, the greatest friends? Brothers? Probably not. But I'm not best friends with probably half of the team over there."

Beal carried the club while Wall was out and played in all 82 games for the first time. As for chatter about breaking up the duo, Beal says he's not interested. "I've been here six (years), and he's been here eight. I've had a ball. I've enjoyed it. I love D.C., and I love being here. This is a great organization. They have trusted us to build around us," Beal said. "I'm not really a fan of change and starting over again. Hopefully (owner Ted Leonsis and team president Ernie Grunfeld) won't give me the boot — or give either of us the boot."

Porter and the team's sixth man, Kelly Oubre Jr., had ups and downs. Porter made 44.1 percent of 3s — but didn't shoot enough for Brooks' liking. Oubre shot 40.3 percent on all field-goal tries during the regular season, and only 21 percent on 3s in the playoffs — and just kept shooting. Another criticism of Porter from Brooks: "He doesn't run the floor enough to get himself easy shots in transition."

With two back-to-the-basket and screen-setting centers in Gortat and high-priced backup Ian Mahinmi, the Wizards could try to figure out a way to make a change to that part of the roster. Brooks would love his big men to shoot 3s, but Gortat flatly ruled out trying to work on that aspect of his game. "I hate small ball," Gortat said. "Small ball basketball in this league is just trash."