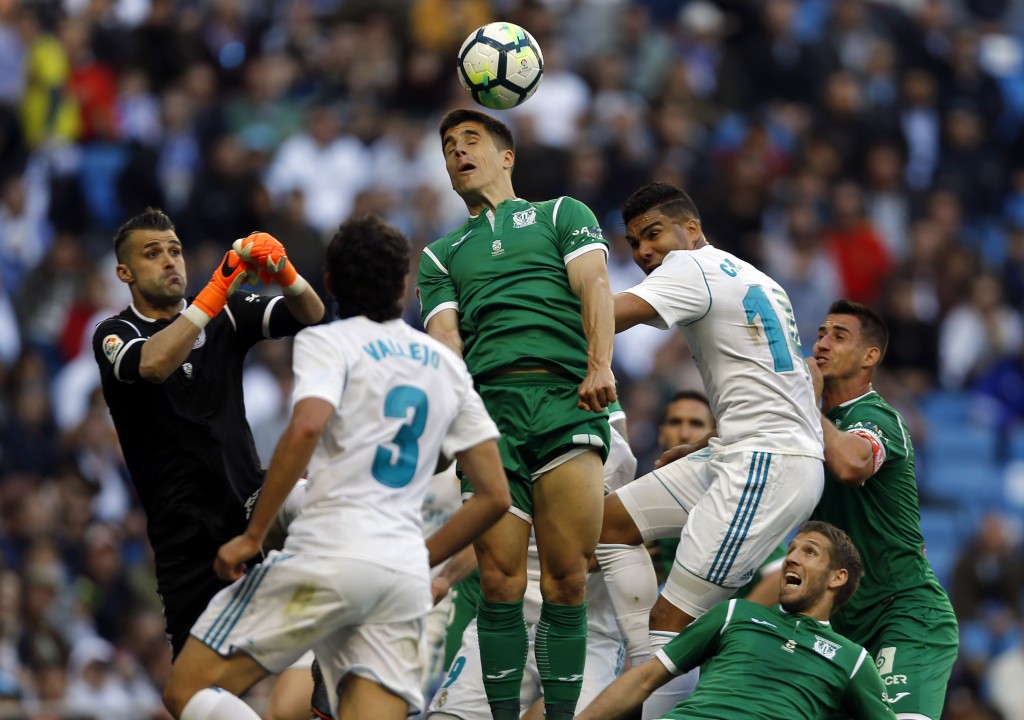 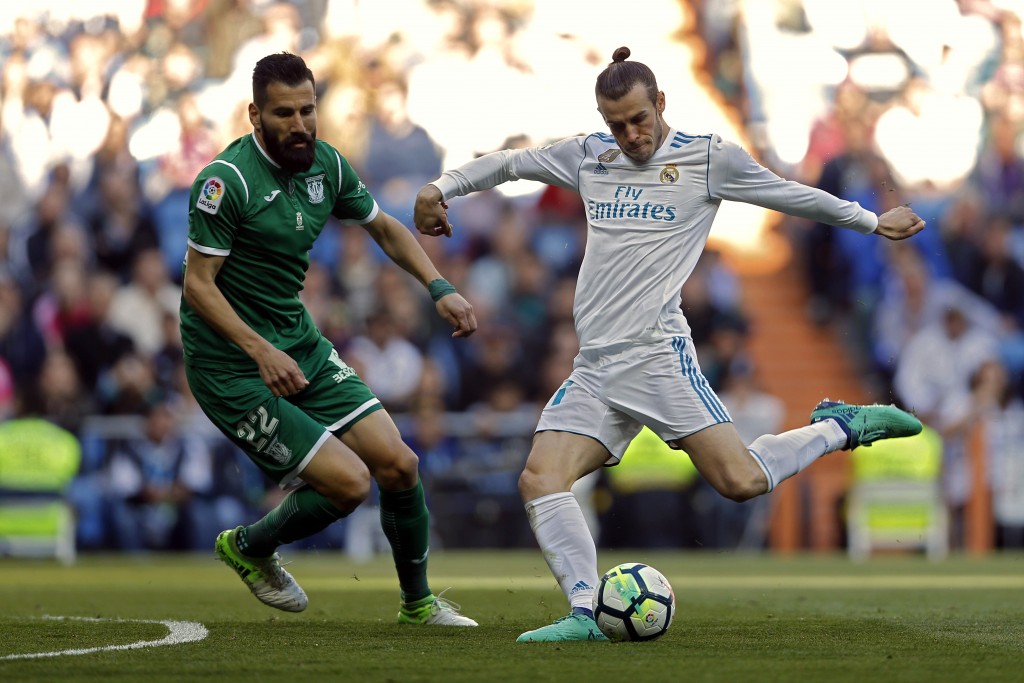 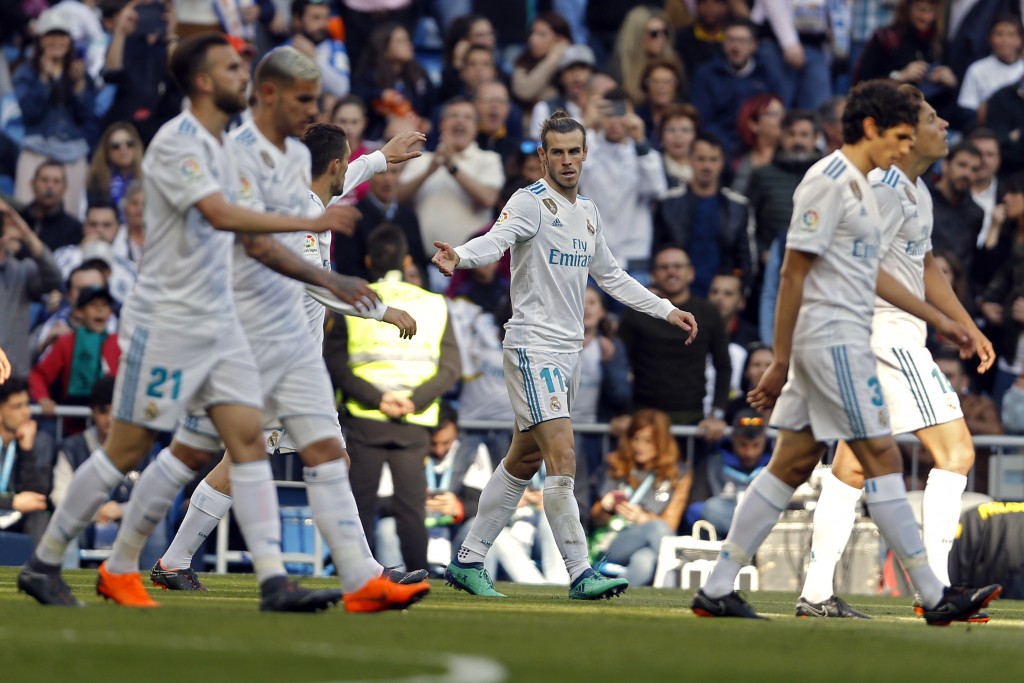 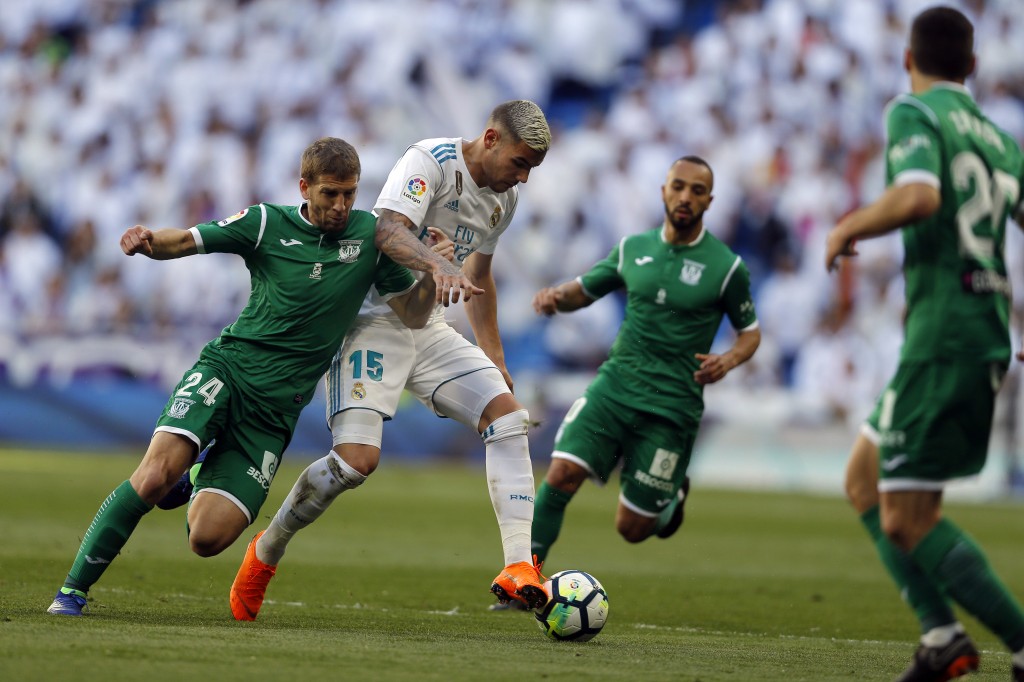 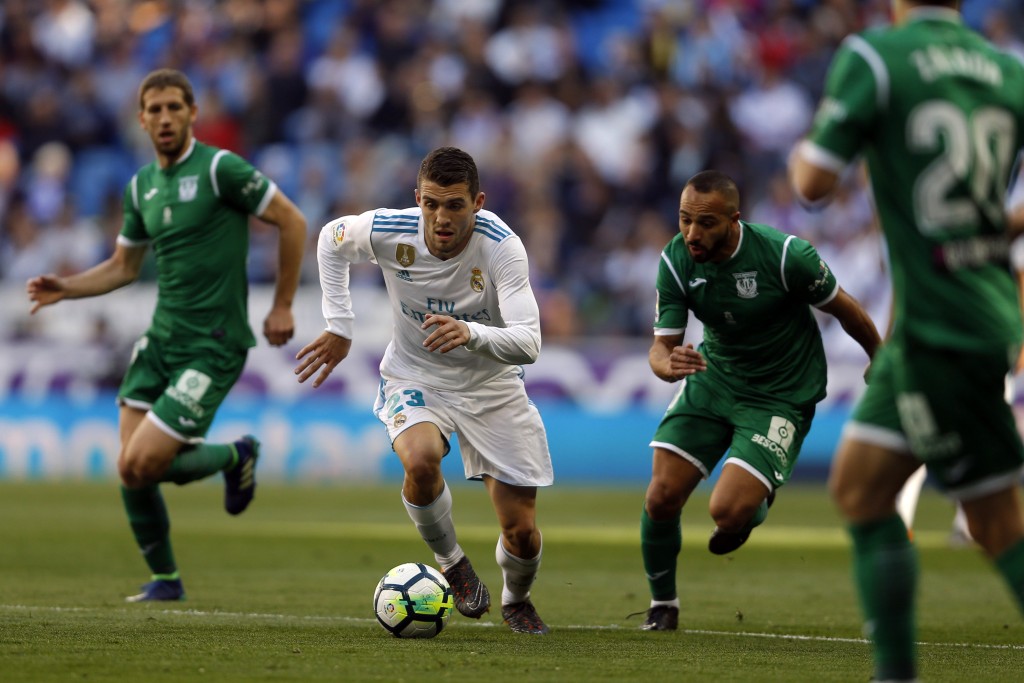 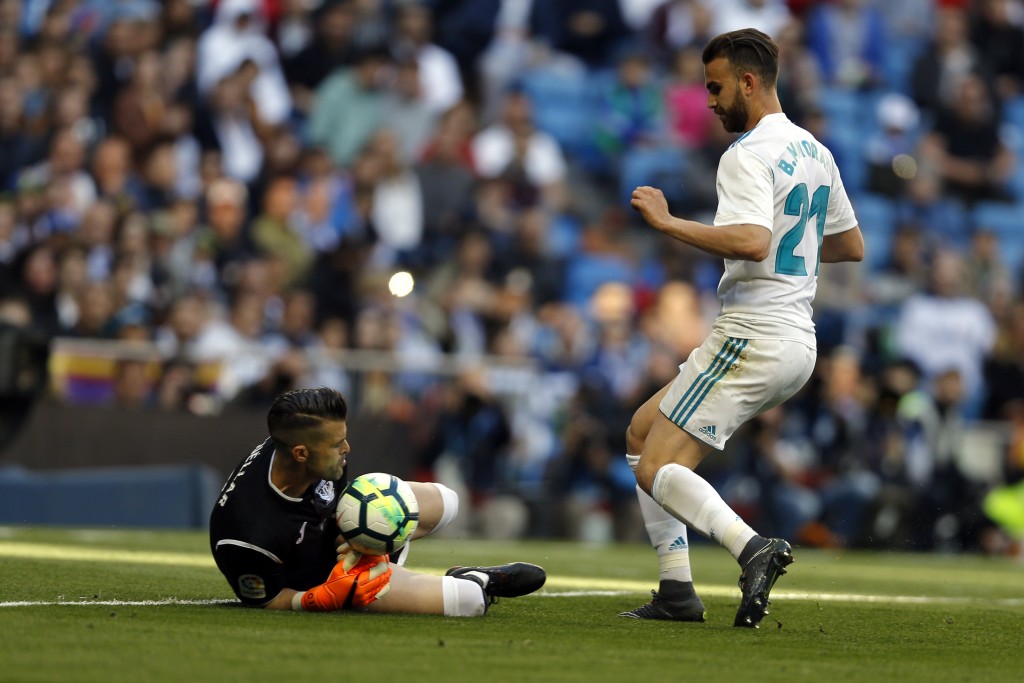 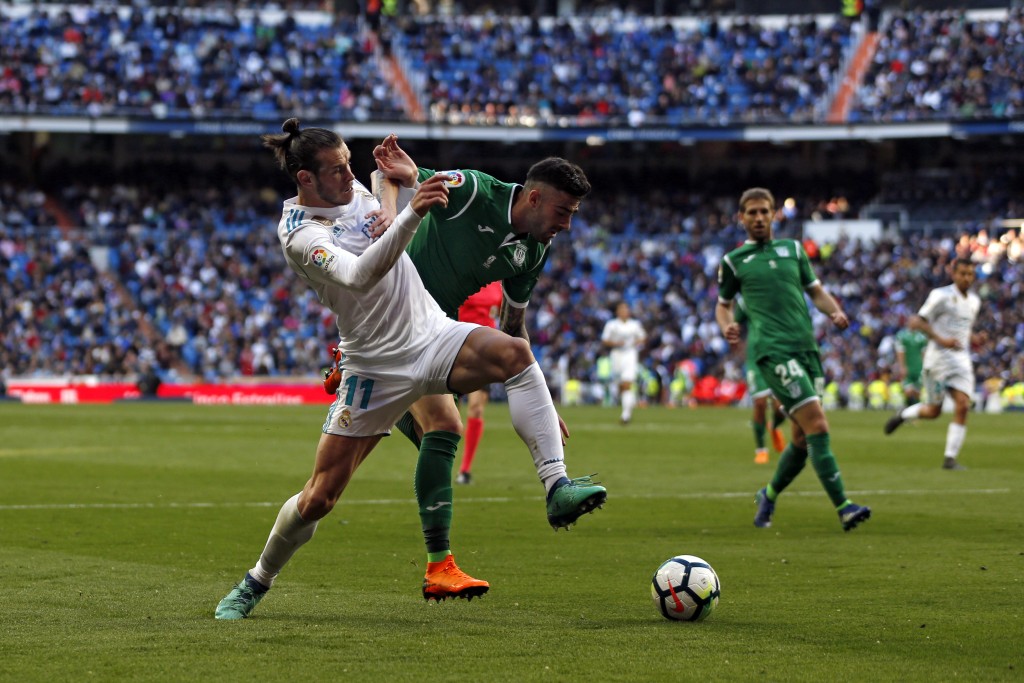 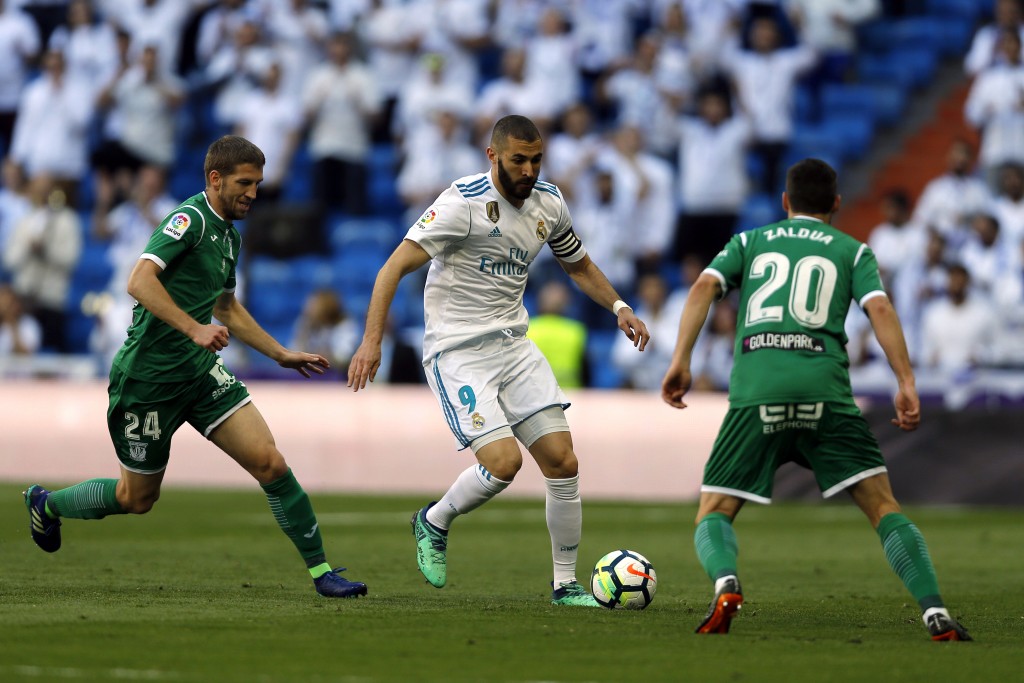 MADRID (AP) — Real Madrid rested Cristiano Ronaldo and other regular starters for the Champions League and still got the win it needed to stay in contention for second place in the Spanish league.

Gareth Bale and Borja Mayoral scored first-half goals as Madrid defeated Leganes 2-1 on Saturday to move within a point of second-place Atletico Madrid, which plays at Alaves on Sunday.

Ronaldo and captain Sergio Ramos weren't included for the match at Santiago Bernabeu Stadium, while Marcelo, Luka Modric and Lucas Vazquez stayed on the bench.

Madrid defeated Bayern Munich 2-1 in Germany last week to take the edge going into Tuesday's second leg of the Champions League semifinals at the Bernabeu.

Madrid is trying to return to the European final for the fourth time in five seasons. It has won the title three times in the last four years.

Barcelona needs a draw at relegation-threatened Deportivo La Coruna on Sunday to win its third La Liga in four seasons.

Darko Brasanac scored midway through the second half for Leganes, which earlier this season eliminated Madrid in the Copa del Rey quarterfinals.

The southern Madrid club dropped to 16th in the 20-team standings and is not fully clear of relegation with three matches left.

Madrid has a game in hand, at Sevilla.