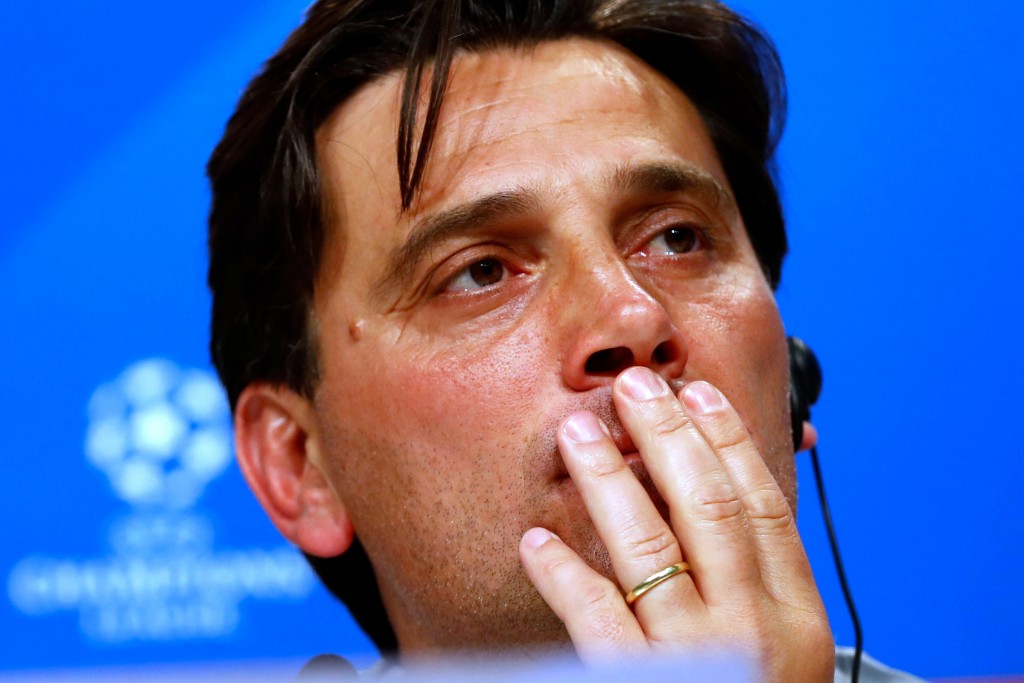 The club made the move on Saturday, a day after the team lost at Levante 2-1.

It was Sevilla's ninth straight match without a victory in all competitions.

Montella leaves the club in seventh place in the Spanish league, the last spot guaranteeing a Europa League berth next season.

Sevilla recently was eliminated by Bayern Munich in the quarterfinals of the Champions League and lost to Barcelona 5-0 in the Copa del Rey final.

Montella helped Sevilla return to the last eight of the Champions League for the first time in 60 years by eliminating Manchester United in the round of 16.

The coach arrived in the winter break to replace Eduardo Berizzo. Montella led the team to 11 wins, seven draws and 10 losses.

Sevilla said Joaquin Caparros, who coached the team in the early 2000s, will be in charge of the squad until the end of the season.