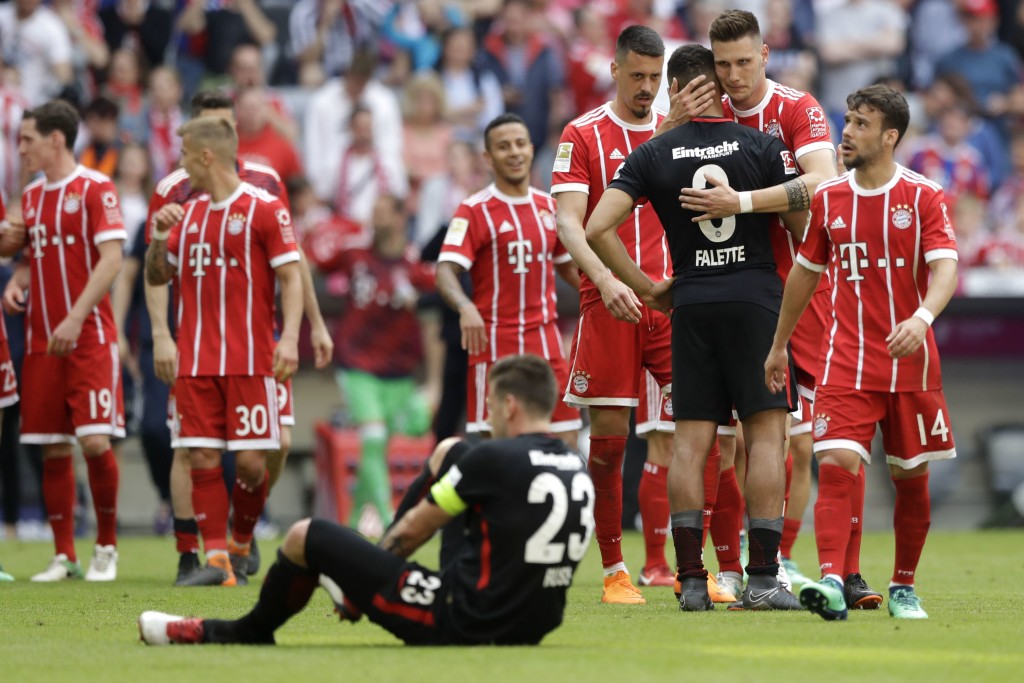 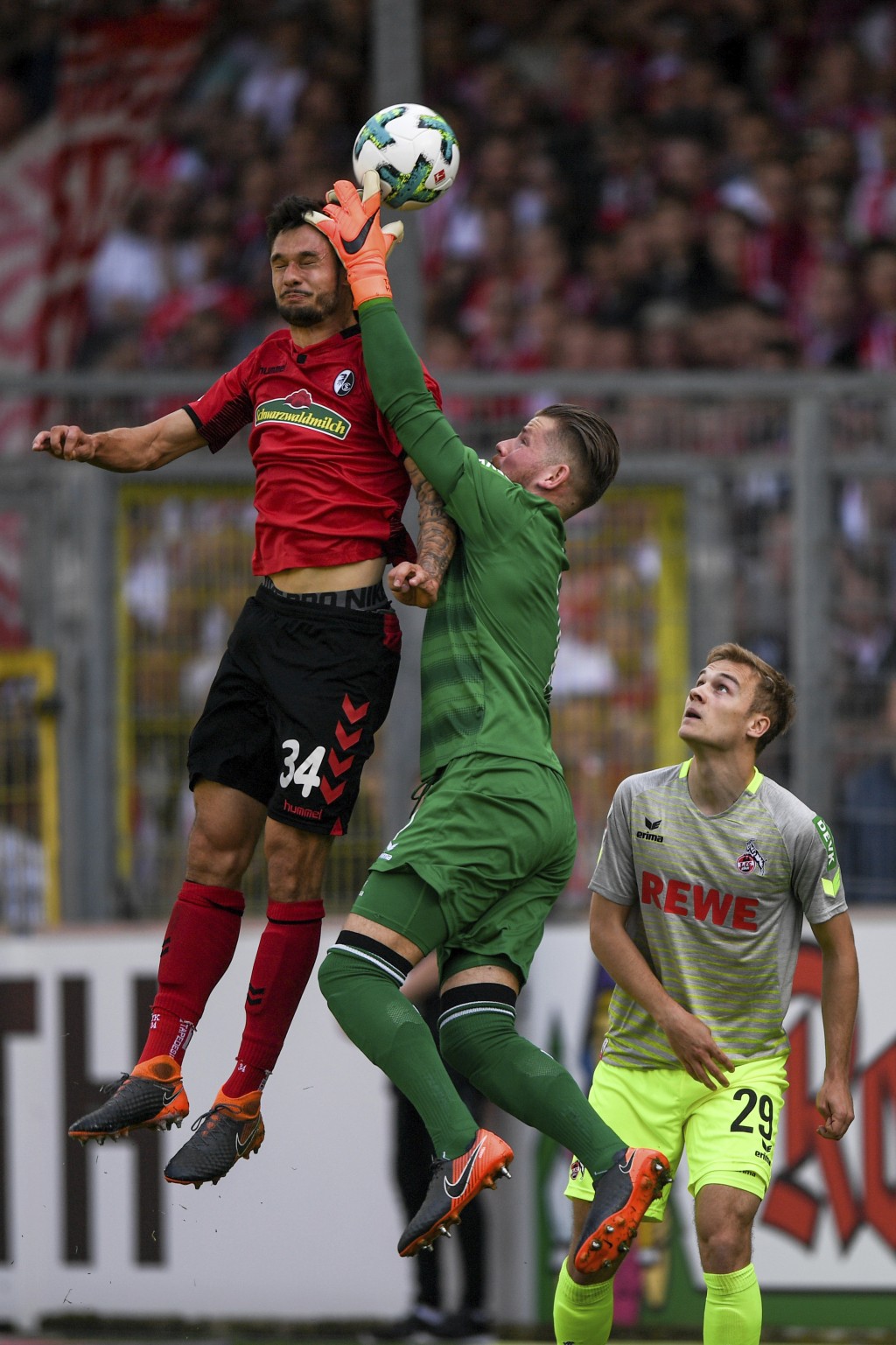 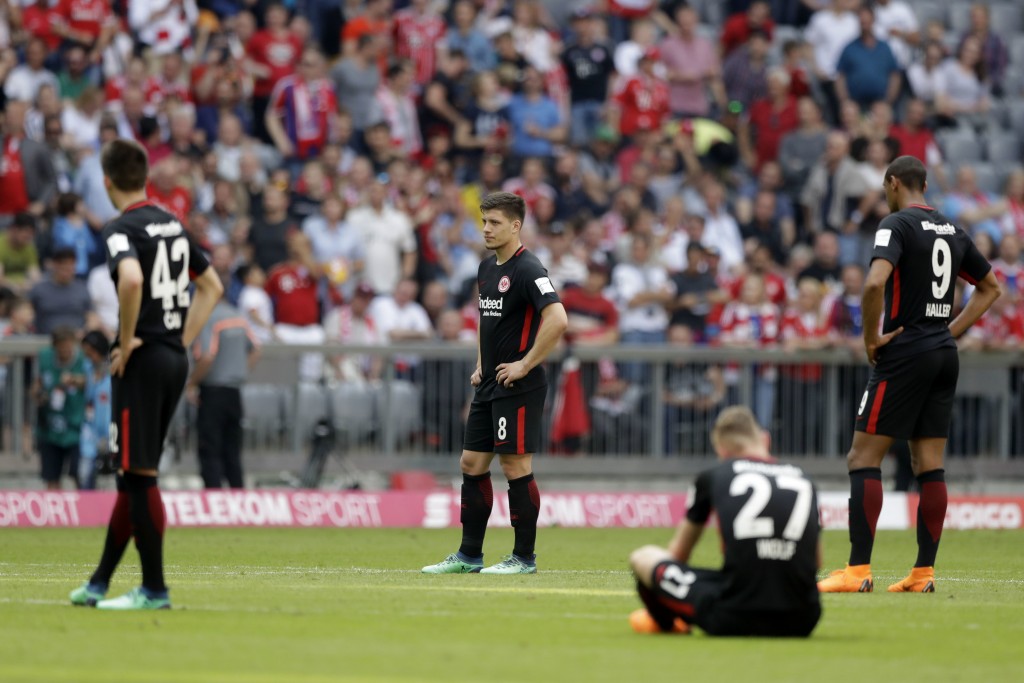 BERLIN (AP) — Cologne was finally relegated from the Bundesliga on Saturday, and Hamburger SV boosted its chances of an unlikely escape with a 3-1 win at Wolfsburg.

Lucas Hoeler scored in injury time for Freiburg to beat Cologne 3-2 to leave the visitors eight points from safety with two games remaining.

Cologne had shown signs of life in recent games but it was too little, too late after losing 13 of its opening 16 games. The first of its five wins came at the 17th attempt.

The side has already announced that Markus Anfang will join from promotion-chasing Holstein Kiel.

Goalkeeper Timo Horn, who saved a penalty from Freiburg's Christian Guenter, and captain Jonas Hector both extended their contracts last week, signaling their intent to help the side return to the top flight.

Hamburg, the only side to have played every Bundesliga season since the league's formation in 1963, has had several near misses with relegation in recent years.

Known as "dino" for its longevity, Hamburg is playing its worst season yet, but its third win in four games closes the gap on Wolfsburg and survival to just two points with two games remaining.

Bobby Wood sent Koen Casteels the wrong way to break the deadlock from the penalty spot minutes before the break. It was the American striker's first goal since the second round on Aug. 25.

Tatsuya Ito, who had been fouled for the penalty, then sent in a cross for Lewis Holtby to make it 2-0 in first-half injury time.

Josip Brekalo pulled one back with a harmless-looking free kick, but Luca Waldschmidt smashed home the rebound after Casteels saved Filip Kostic's penalty in injury time for Hamburg.

It was only Waldschmidt's second goal for Hamburg. His first was against Wolfsburg on the final day last season to save Hamburg from the relegation playoff.

Eintracht Frankfurt coach Niko Kovac got a look at his future workplace but couldn't prevent Bayern Munich's team of mostly reserves winning 4-1. Kovac is taking over as Bayern coach next season.

Niklas Dorsch scored for Bayern before the break. Dorsch was one of three Bayern players - alongside Meritan Shabani and Franck Evina - making their Bundesliga debuts with Jupp Heynckes resting most of his regulars for Tuesday's Champions League semifinal second leg at Real Madrid.

Bayern needs to overturn a 2-1 deficit to keep its hopes of a treble alive.

Sandro Wagner, who set up Dorsch's goal, scored early in the second half before Rafinha and Niklas Suele completed the scoring.

Sebastien Haller had pulled one back for Frankfurt, which faces Bayern again in the German Cup final on May 19.

Davie Selke scored late for Hertha Berlin to salvage a 2-2 draw against visiting Augsburg, while 10-man Schalke drew 1-1 at home to Borussia Moenchengladbach.