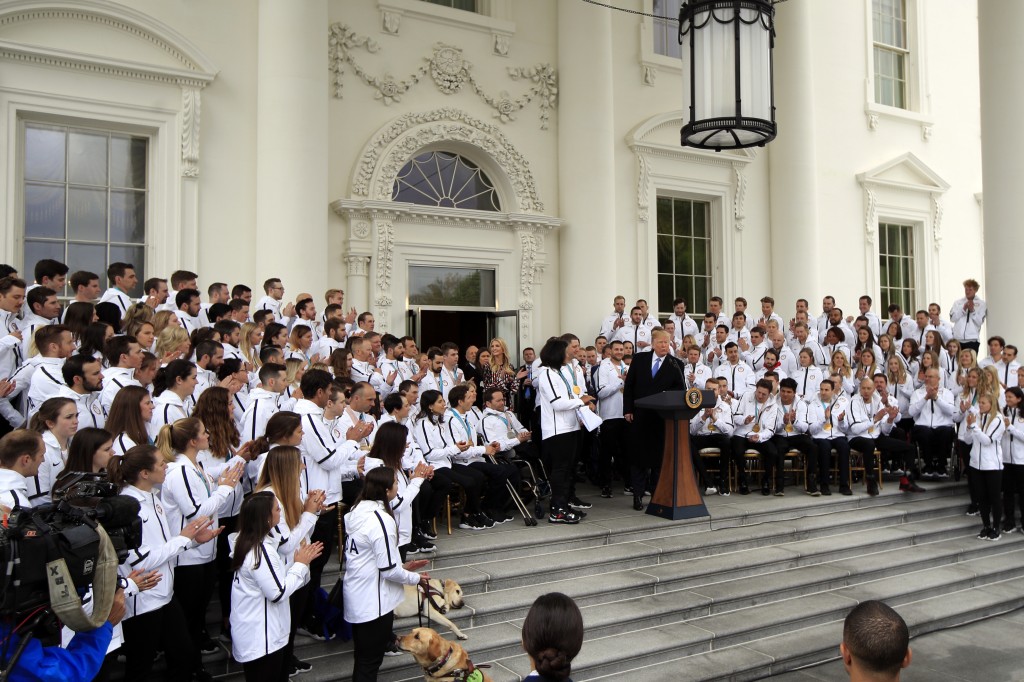 The International Paralympic Committee is responding to comments made on Friday when Trump welcomed American athletes from the Winter Olympics and Paralympics in Pyeongchang to the White House.

Trump said the Paralympics were "so incredible and so inspiring" before adding, "It's a little tough to watch too much, but I watched as much as I could."

The next Paralympics are the Summer Games in Tokyo in 2020.

Spence says "we hope the U.S. President continues to watch and be inspired by the Paralympics, an event that has a track record for transforming attitudes towards disability."