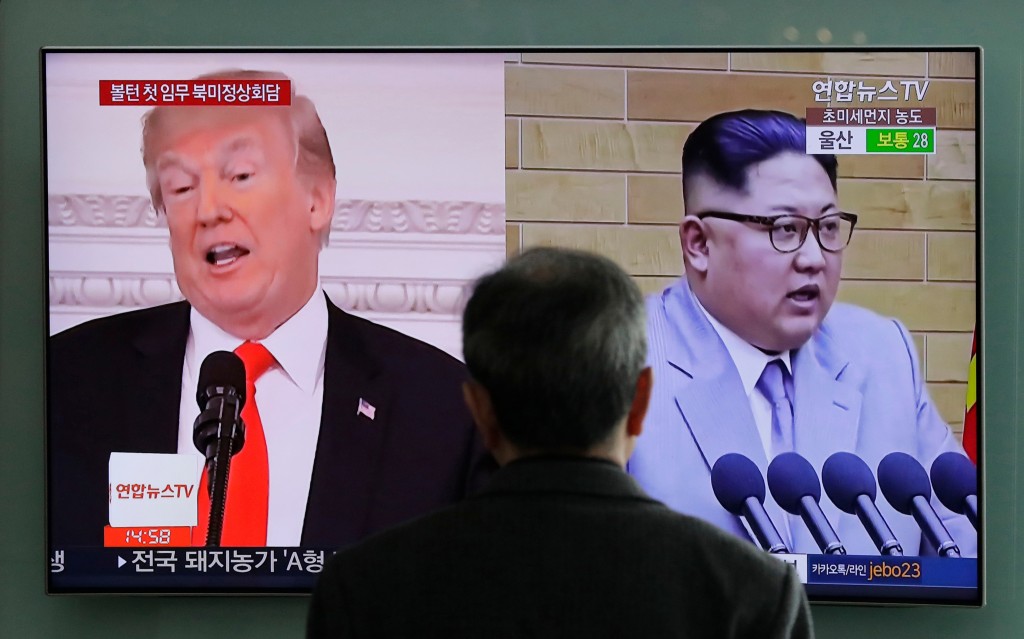 WASHINGTON (AP) — The Latest on the United States and North Korea (all times local):

President Donald Trump says he's had "a long and very good talk" with the South Korean president, who's just had a historic meeting with North Korea's leader.

With anticipation growing for a possible U.S.-North Korean summit soon, Trump tweets Saturday that "things are going very well, time and location" of meeting with Kim Jong Un are being set.

Moon and Kim have pledged to seek a formal end to the Korean War by year's end and to rid the Korean Peninsula of nuclear weapons.

Trump has said he's looking forward to the meeting with Kim and that it "should be quite something." It is tentatively scheduled for May or early June.

But now he faces a burden in helping turn the Korean leaders' bold but vague vision for peace into reality after more than six decades of hostility.

Trump must contend with a nagging suspicion about his own suitability to conduct that kind of war-and-peace negotiation and succeed where his predecessors have failed.

And then there's the question about whether North Korean leader Kim Jong Un really is willing to give up the nuclear weapons his nation took decades acquiring.