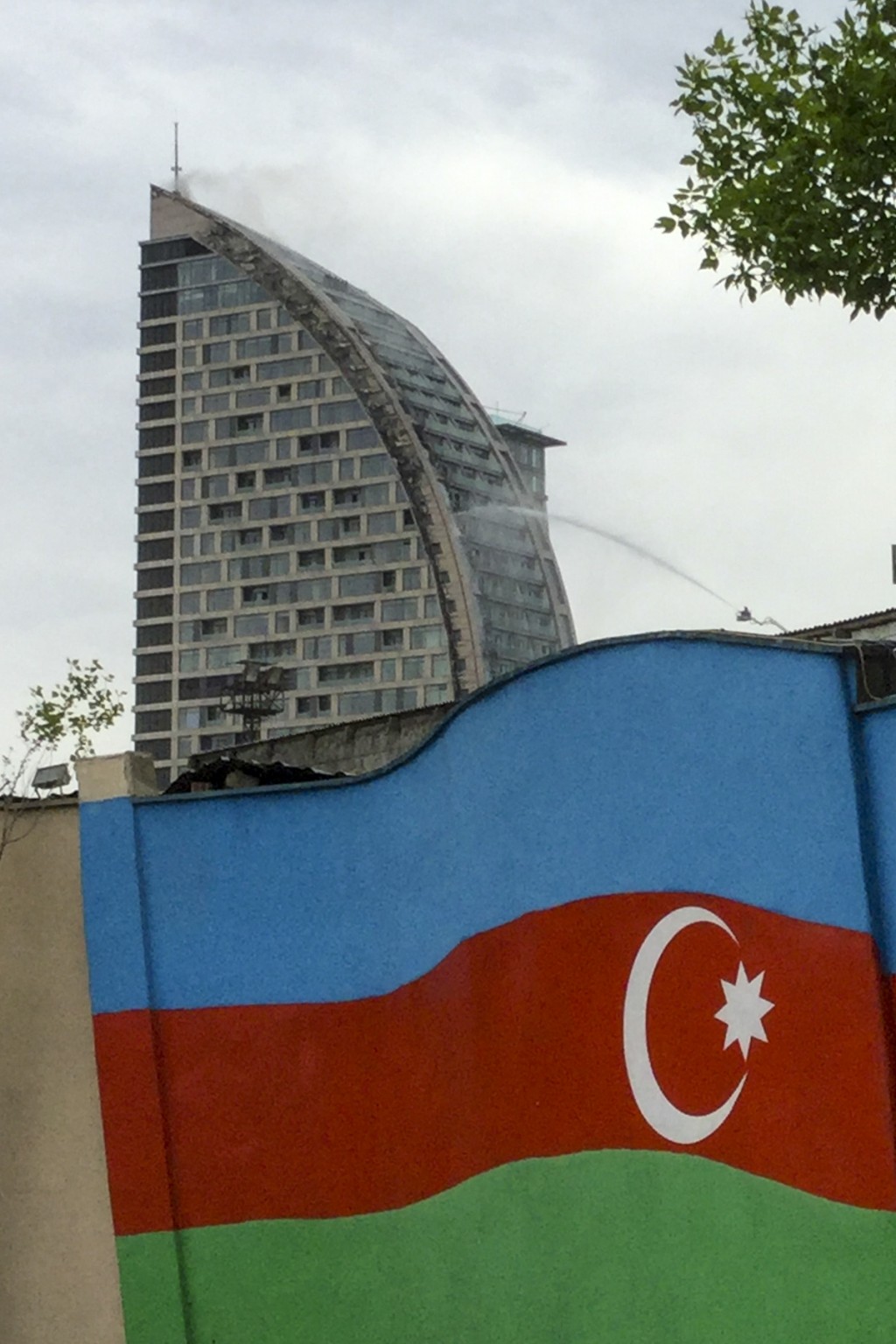 BAKU, Azerbaijan (AP) — A building in Azerbaijan that once was intended to be a Trump-branded hotel has caught fire.

Azerbaijani firefighters were on the scene of the fire at the 33-story building in the Azerbaijani capital of Baku on Saturday afternoon. There were no reports of injuries.

The Trump Organization canceled its licensing deal for the hotel in December 2016, one month after Donald Trump was elected U.S. president.

The company had partnered on the project with Anar Mammadov, the son of the transport minister of Azerbaijan at the time.

According to financial disclosures filed by his campaign, Trump earned between $2.5 million and $2.8 million in hotel management fees from the unopened hotel.

The structure had been due to open as a business center.