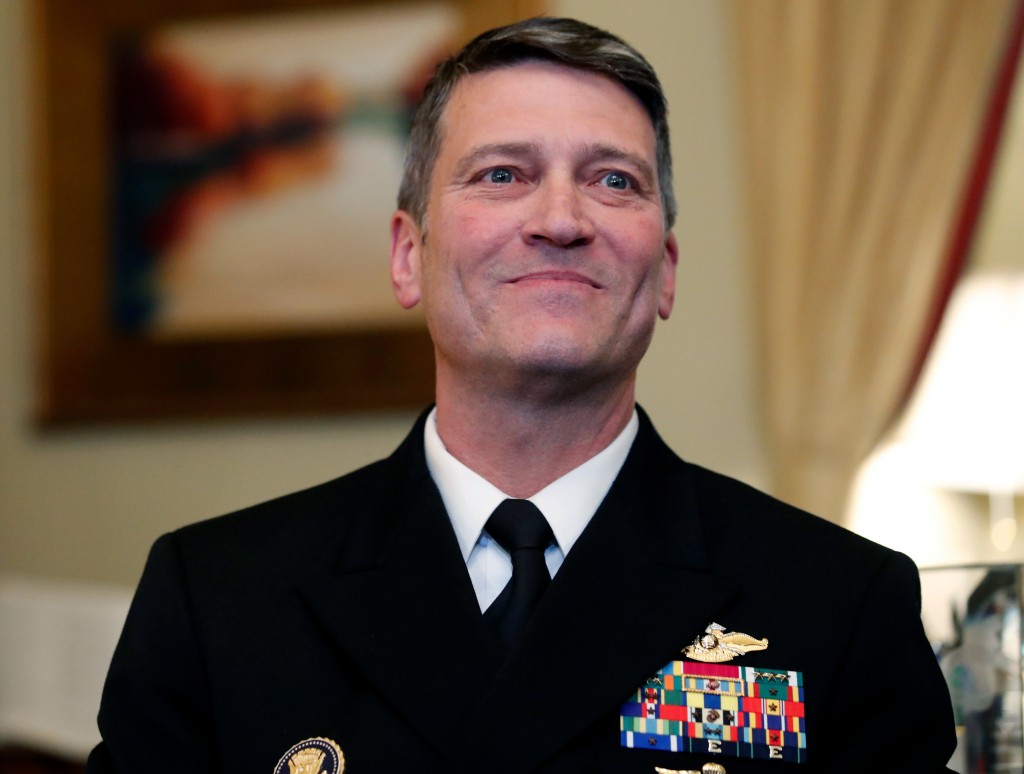 WASHINGTON (AP) — The Latest on White House doctor Ronny Jackson's withdrawal from consideration to be secretary of the Department of Veterans Affairs (all times local):

How angry is President Donald Trump at the Democratic senator who went public with what Trump says are baseless allegations that derailed his Veterans Affairs nominee?

So angry that Trump says Montana's Jon Tester "should resign."

The White House says internal records raise doubt about some of the most serious allegations against White House doctor Ronny Jackson, who withdrew his nomination Thursday.

Trump tweets that "phony Democrat charges" have "absolutely devastated" Jackson and his family.

Tester is seeking re-election this year. The Democrat says the allegations were volunteered by over 20 current and former Jackson colleagues, and the lawmaker released them this week.

Trump's tweets say "the great people of Montana will not stand for this kind of slander" and that Jackson's reputation "for no reason whatsoever ... has been shattered. Not fair, Tester!"

The White House says internal records raise doubt about some of the most serious allegations leveled against White House doctor Ronny Jackson in his failed bid to become the next secretary of Veterans Affairs.

Jackson withdrew his nomination Thursday after allegations by current and former colleagues raised questions about his prescribing practices and leadership ability, including accusations of drunkenness on the job. Democratic Sen. Jon Tester's office collected the allegations, which included a claim that Jackson "got drunk and wrecked a government vehicle" at a Secret Service going-away party.

The records, including police reports, show Jackson was in three minor vehicle incidents in government vehicles during the last five years, but none involved the use of alcohol and he was not found to be at fault.