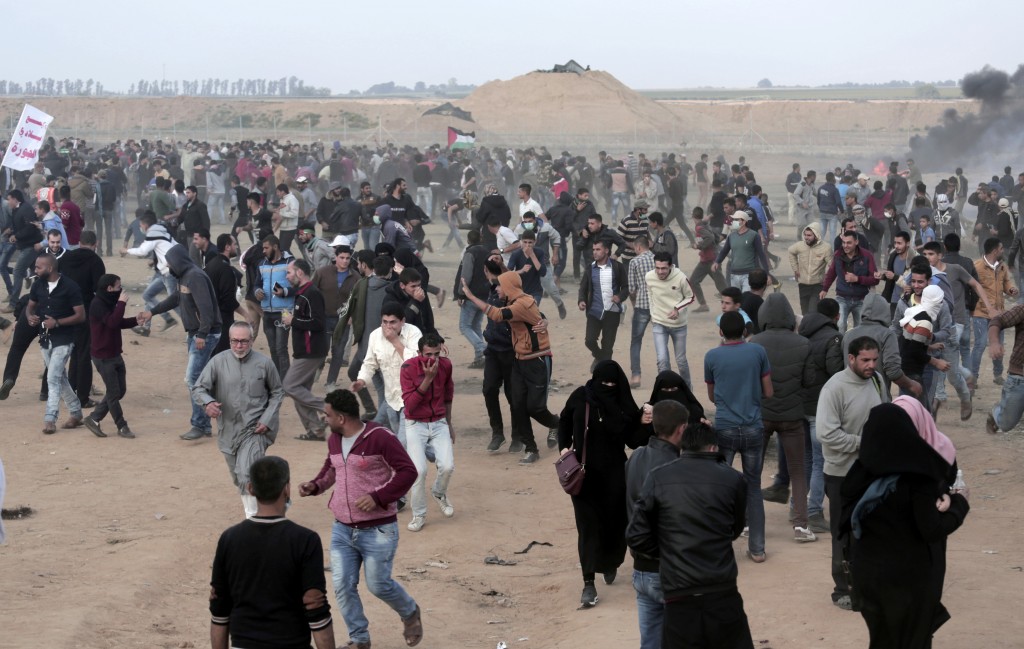 GAZA CITY, Gaza Strip (AP) — The Palestinian Health Ministry in Gaza says a boy has died a day after being hit by an Israeli gunshot in the head.

Azzam Hillal, 15, was wounded during deadly violence along the Gaza-Israel border Friday, when thousands of Palestinians held a fifth round of weekly protests dubbed the "Return March" of refugees and descendants to ancestral homes in Israel. Three other Palestinians were shot dead during Friday's protests.

Hamas, the militant group controlling Gaza, is largely leading the marches also to highlight a decade of Israel-Egyptian blockade that made it hard for the Islamic movement to govern.

Thirty-nine Palestinians have been shot dead since the marches began late last month, including four minors. More than 1,600 have been injured.