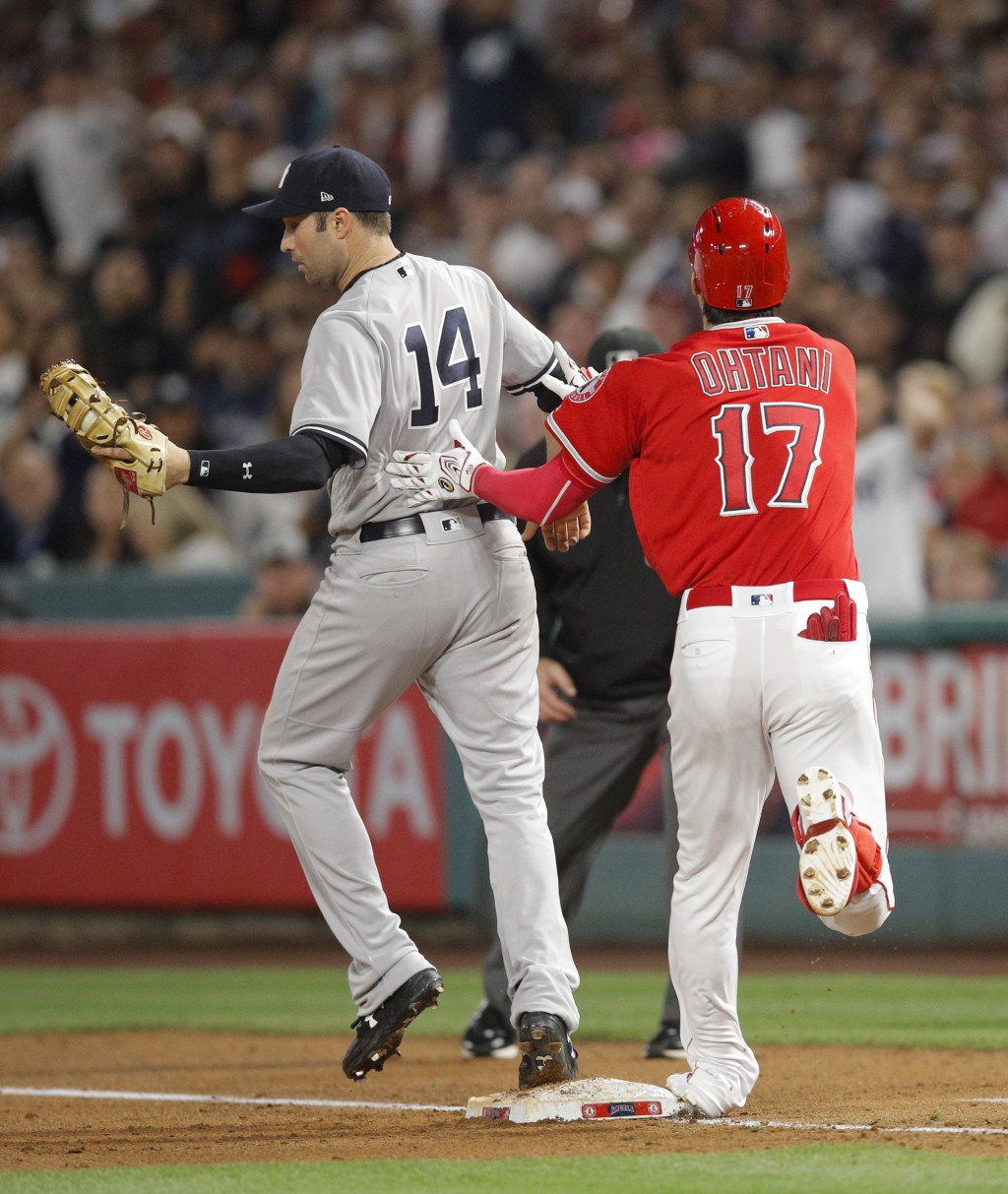 ANAHEIM, Calif. (AP) — Shohei Ohtani is day to day after mildly spraining his left ankle during the Los Angeles Angels' 4-3 loss to the New York Yankees on Friday night.

Ohtani homered on an inside fastball in the second inning but left after trying to beat out a groundball in the fifth. The two-way Japanese rookie was receiving treatment after the game and will be re-evaluated Saturday.

"When he stepped on the bag he rolled it a little bit," Angels manager Mike Scioscia said.

The injury happened as Ohtani awkwardly avoided a possible collision with Yankees first baseman Neil Walker. Ohtani hit a broken-bat groundout and partially ran into Walker around the bag. Twice as he was running back to the dugout, Ohtani put up his hand to apologize and make sure Walker was OK. Ohtani didn't show visible signs of an injury at that moment.

Ohtani's next scheduled start on the mound is next Tuesday.

Ohtani went deep on a 97 mph fastball from Luis Severino to give the Angels a 1-0 lead. It was his fourth home run of the season, all at home.

"He's good," Severino said. "Next time, I'm not throwing inside (to him) anymore. He's a good hitter. I threw a good pitch. I have to tip my cap."