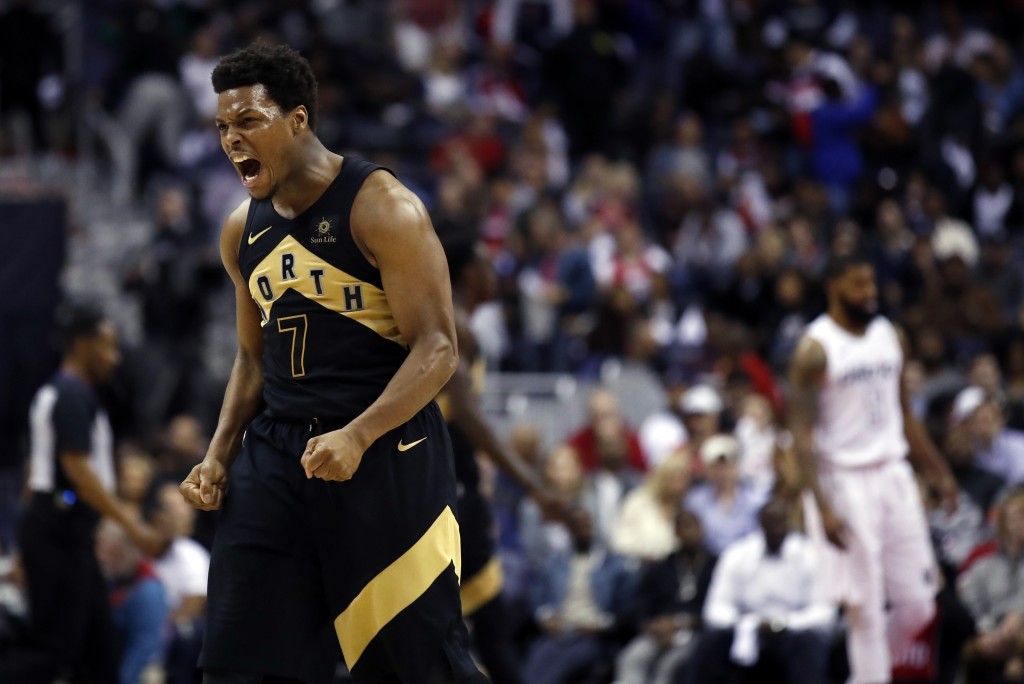 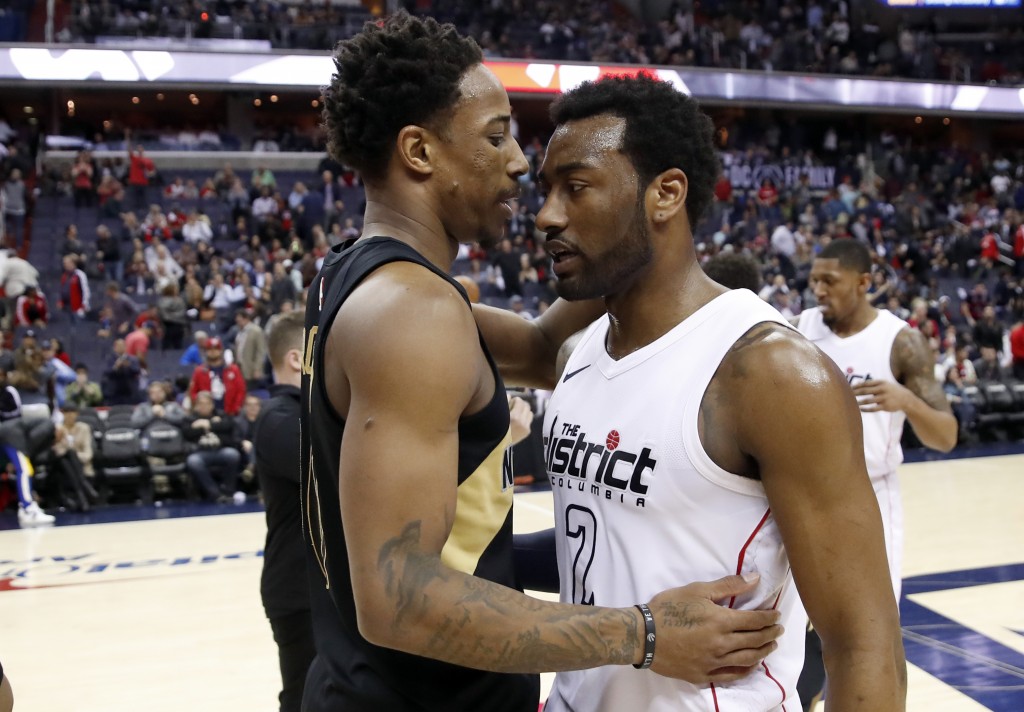 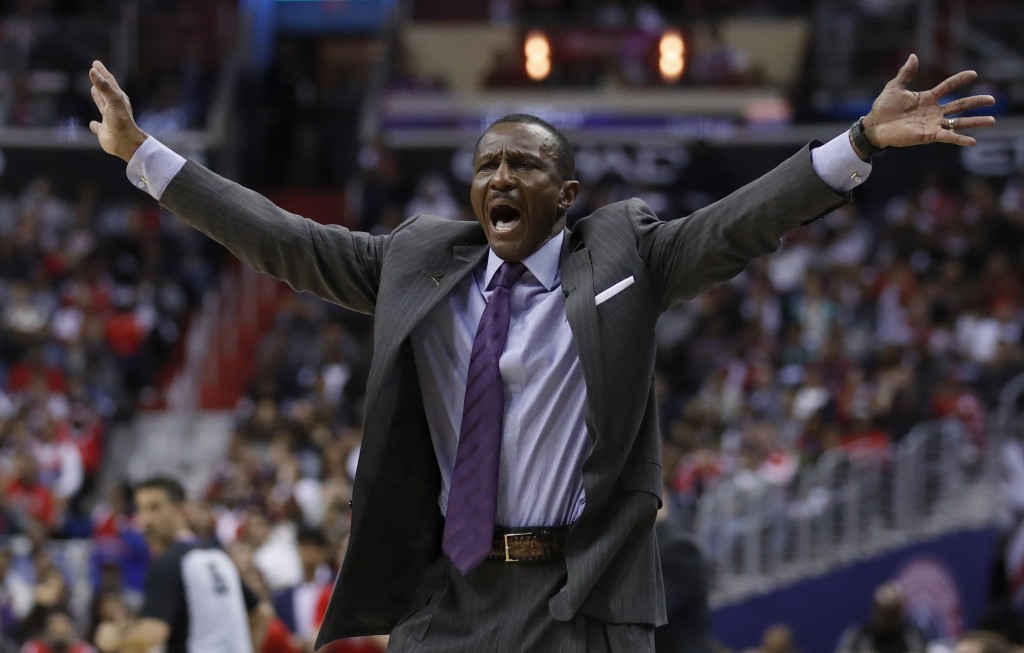 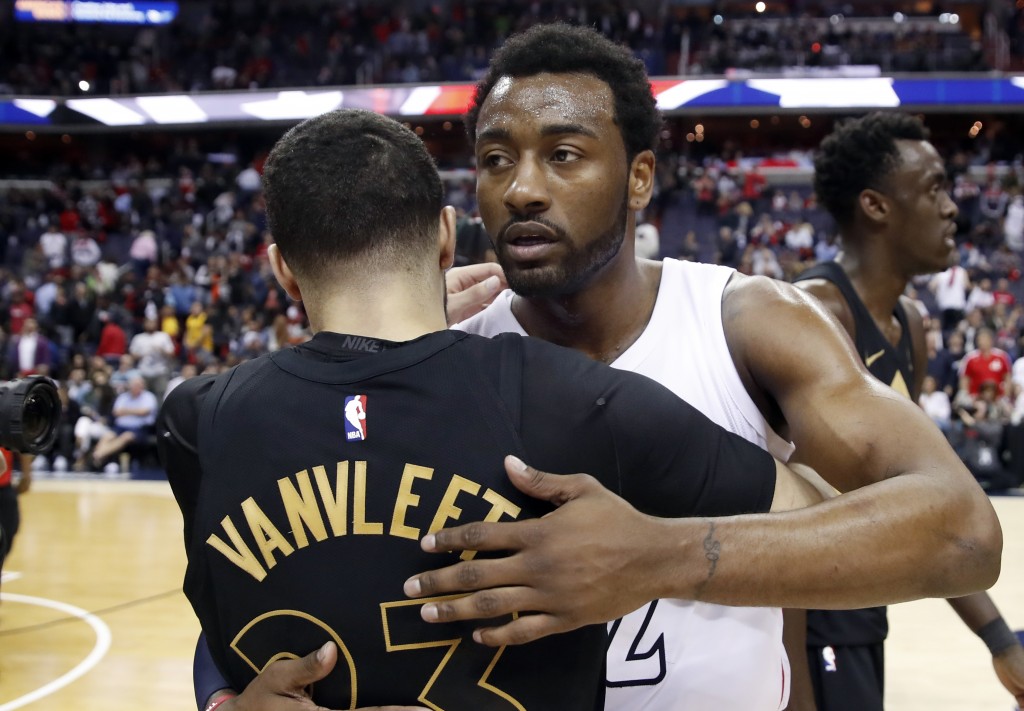 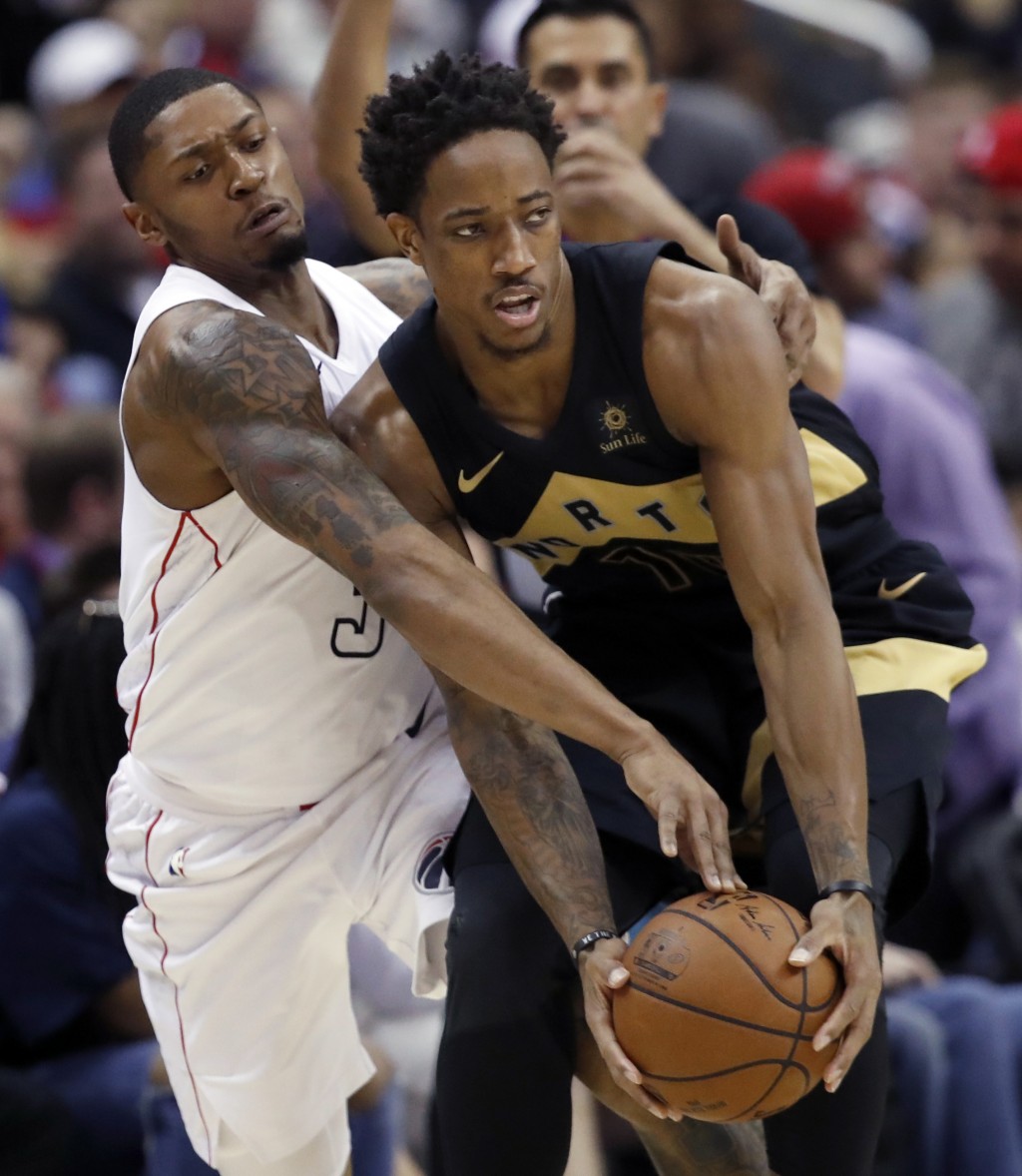 WASHINGTON (AP) — As postgame questions go, it was relatively innocuous, and maybe because of that, and because it came at a news conference after the Toronto Raptors moved into the second round of the playoffs by eliminating the Washington Wizards in Game 6, DeMar DeRozan and Kyle Lowry were in a playful mood.

So as Toronto's pair of All-Star guards sat there, waiting for the other to talk, DeRozan eventually spoke up, not to respond, but to kid to his running mate: "You want me to answer everything." To which Lowry retorted, referring to the reporter, "He didn't say 'Kyle.'"

DeRozan: "He said both of us." Lowry pointed a hand in his teammate's direction, indicating DeRozan needed to reply, and instructed: "That's how this works." And then Lowry teased: "You don't even remember the question." DeRozan, with a grin, conceded: "No, I don't."

As long as the DeRozan-Lowry duo works in harmony on the court — and gets plenty of help from a terrific bench unit, just as it did while No. 1 seed Toronto finished off Washington with a 102-92 road victory Friday night — the Raptors have a formula for success this postseason.

Because of those reserves, led by point guard Fred VanVleet, DeRozan and Lowry were able to spend plenty of time resting in the last game, neither playing more than 33½ minutes. They won't be spent by the time they get to the Eastern Conference's next round, which will come against either the Cleveland Cavaliers or Indiana Pacers.

"It's big, especially the dynamic of how we can do it," DeRozan said. "He can have a big night. I can have a big night. And the nights that we don't, we have a bench that can go out there and can win the game for us, as well. Any given night, whether it's a closeout game or a Game 1, I think we're just capable of showing so many different elements of how to win a game that we didn't have last year."

Last season, the Raptors were swept in the second round by LeBron James and the Cavaliers. A season earlier, they also were knocked out by the Cavs, in six games in the East finals.

Now Toronto has to wait a bit to find out if it'll go up against LBJ and Co. for the third year in a row. Because Indiana won 121-87 on Friday, that series will head to a Game 7 at Cleveland on Sunday.

Asked whether he preferred one possible opponent or the other, DeRozan gave a quick answer: "No."

He averaged a series-leading 26.7 points against the Wizards, and Lowry was second among the Raptors at 17.2, along with 8.3 assists and 4.8 rebounds.

But what has to make them rather happy moving forward is what happened when they were on the sideline in Game 6. VanVleet, the backup point guard, finally saw extended action for the first time against the Wizards, after being out for all but three minutes because of an injured right shoulder.

"He is kind of the engine, the toughness," Toronto coach Dwane Casey said about VanVleet.

In all, the bench outscored Washington's reserves 21-6 and outrebounded them 15-3 in the second half, allowing the Raptors to finally win a road playoff game in which they trailed at halftime.

Their record before Friday in such situations was 0-23.

Knowing they can win on the road at all should be a confidence-builder as the playoffs continue.

The Raptors already knew they had an elite bunch of reserves.

Looking at teams that reached the playoffs, they tied for first during the regular season in bench scoring, averaging 41.8 points.

"It's been like that all year. It's not going to be any different in the playoffs," VanVleet said. "I thought our bench team had been good this series at home, and we just needed to put together a performance on the road."